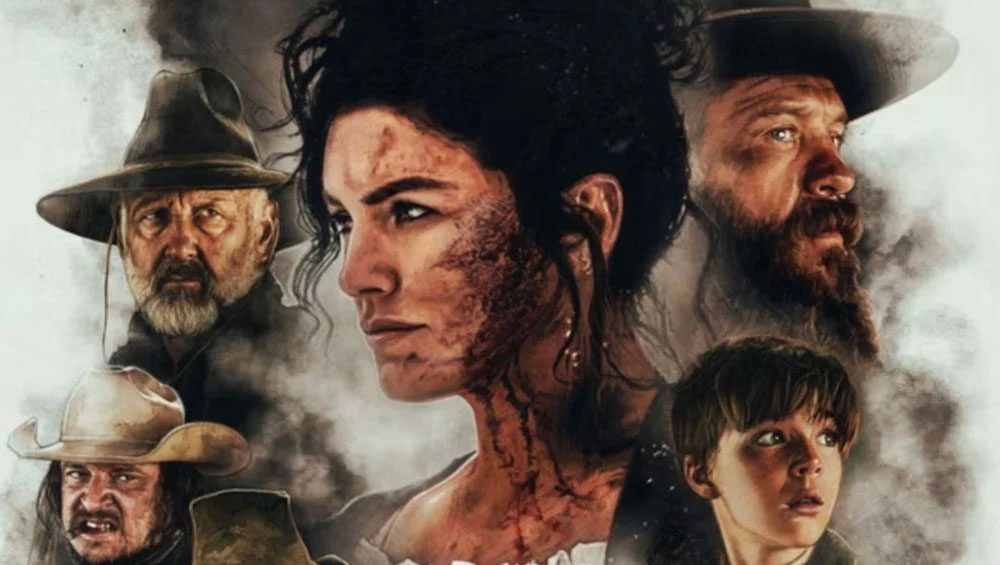 The return of Gina Carano has come, and her redemption is at hand; The Daily Wire’s 4th and most ambitious film, Terror on the Prairie, was released onto The Daily Wire’s streaming service to stand in stark opposition to the politically infused and motivated Hollywood output. This film does not have any pretenses of grandeur, nor does it attempt to be more than it is: a simple yet compelling story. Harkening back to the era when Westerns dominated cinema and authors like Louis L’Amour ruled the publishing houses, Terror on the Prairie strives to entertain and tell a good story in the visceral, violent, morally gray, and dangerous West. Similar to much of L’Amour’s iconic work, Terror on the Prairie focuses on a few characters in a dangerous environment with no overarching commentary on the world nor higher stakes than the characters involved. Much like Ride the River, Jubal Sackett, and The Lonesome Gods, Terror on the Prairie is just about a few people trying their best in a complicated and changing world.

The best that can be said of Terror on the Prairie is that it does not play into the meta-issues surrounding the firing of Gina Carano nor the complicated discussions around modern woke Hollywood. It still stands, however, as a damning condemnation of them, as it proves that good stories create the best films. By doing so, this movie is anti-woke because being apolitical and putting the story first is anti-woke. Rather, Terror on the Prairie excels because of its simple yet obvious goals.

Terror on the Prairie follows Gina Carano’s Hattie, a city girl turned frontier woman who is left with her children when her husband goes into town for supplies. While alone, she is waylaid by a group of outlaws intent on using her as bait to get their revenge on her husband for some past wrongdoings. Hattie must defend her home and children from this encroaching threat and do all it takes to survive the onslaught.

Our culture has been so enthralled and enamored with romantic and daring tales of the Old West because that wild and dangerous frontier was the great equalizer for those who never had a chance in the old world. No one’s past, heritage, or social standing had any impact on their life in the wild. Only their will and the strength of their arm determined what type of life they could carve out on the frontier. None but the strong survived. However, the drawback to this era was that there were strong people of both morally upright and morally corrupt dispositions. Terror on the Prairie has no qualms about right or wrong, showing the morally gray life that all who wished to survive had to live in order to last just a single day longer. 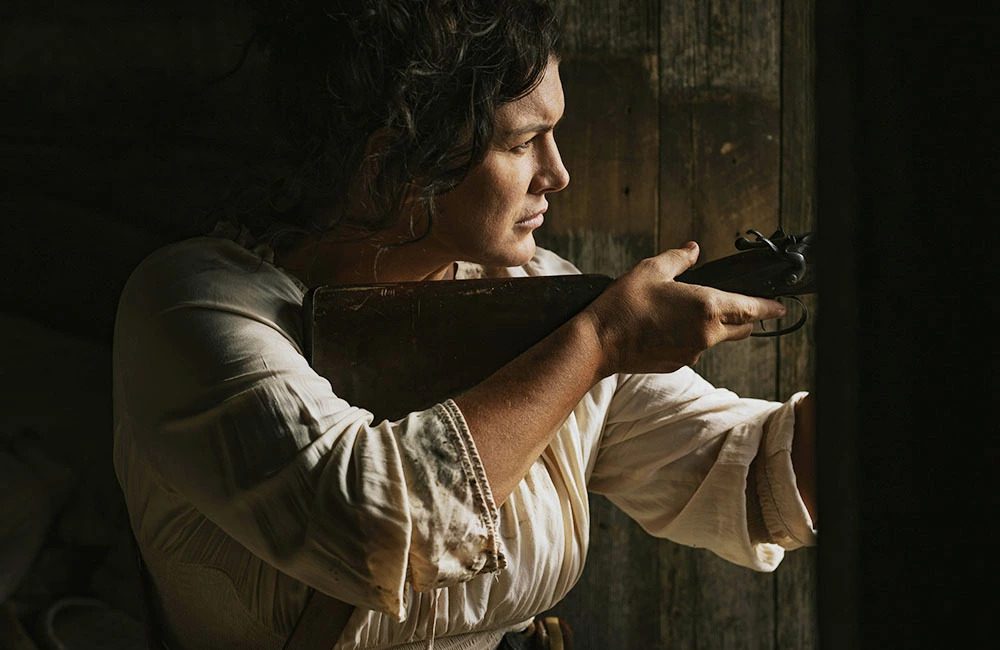 Terror on the Prairie focuses on realism and accuracy over spectacle and cinema. This choice may not sit well with many of the audience members who are used to the over-dramatic and over-produced films that have become the staple of Hollywood. Nevertheless, the choice of realism over cinema was a creative one and isn’t necessarily a flaw or a strength, but the film may resultingly be for a niche audience. Examples of this are focusing entirely on Gina Carano and Nick Searcy’s characters rather than developing any side characters and removing all music or soundtrack from the film. Again, these aren’t flaws, exactly, but they will affect much of the audiences’ enjoyment of Terror on the Prairie. Otherwise, the script is incredibly tight, achieving everything it wants with each scene.

Most of the film’s issues came from the technical side of things, such as the cinematography and the editing. Many shots are lackluster and convey little creativity in achieving as much as possible with what was available. Similarly, the editing creates a substantial pacing issue throughout the film. Scene transitions are jankily put together and end abruptly, and many shots are carried far longer than they should be, especially in the beginning. The pacing is a rampant issue, and the film doesn’t excel in many of the cinematic techniques required to maintain audience attention and enjoyment. 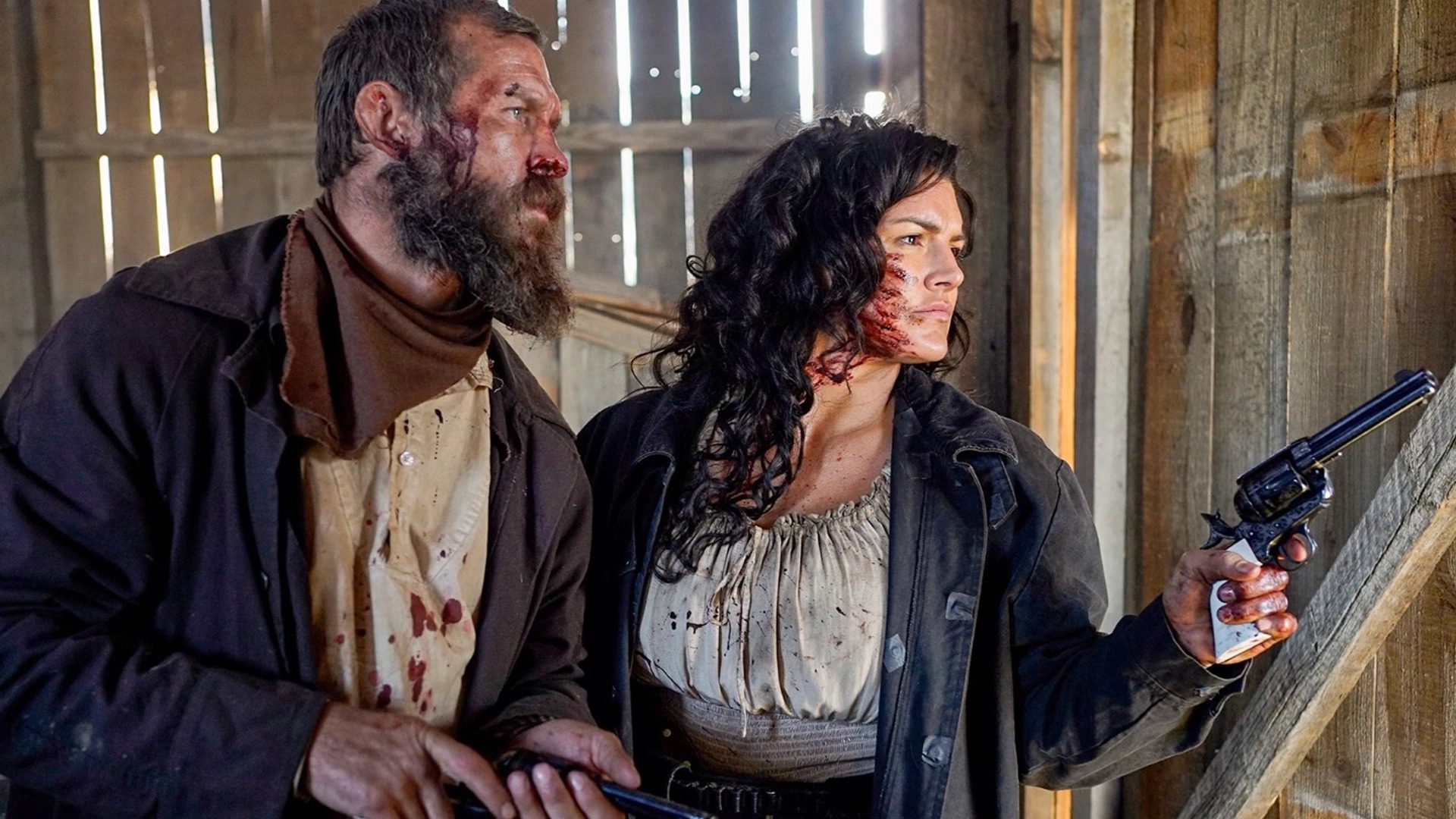 The acting in Terror on the Prairie is phenomenal, especially Gina Carano as Hattie and Nick Searcy as the villain. Searcy perfectly conveys an understandable villain, yet the script has no qualms in condemning his actions despite his perhaps justifiable motivations. Two wrongs do not make a right; that’s the heart of the conflict within him. Additionally, his penchant for quoting scripture to justify his actions creates an interesting depth to the character and makes him a foil for those around him.

Gina Carano has been acting for many years, yet has failed to show the range for which she is truly capable — that is to say, until now. Gina brings Hattie to life, showing the incredible talent of a great actress that may have always been there beneath the surface. She has some phenomenal scenes, especially her interactions with her family. This film is also anti-woke merely because it decides to show a good and wholesome family in an era where their ideals do not adhere to the modern-day sensibilities. The family has incredible chemistry, and the audience can genuinely see that they love each other despite their enduring hardships. The heights of Gina’s talent are only now being discovered, and fans of hers can anticipate seeing what she has yet to achieve in her career and with The Daily Wire.

Many moviegoers were initially concerned upon hearing the news that The Daily Wire would be entering the entertainment sphere with their own scripted content. Many feared — those who agree with their politics and those who do not — that they would merely focus on being the opposite of Hollywood while cramming all their conservative politics into their films. That is not the case whatsoever. The Daily Wire only endeavors and succeeds in telling simple yet compelling stories with no agenda-related hang-ups. By doing so, they are anti-woke, but not in the sense of replacing Hollywood’s politics with their own. Terror on the Prairie seeks only to entertain, and it achieves this.

Terror on the Prairie is definitely worth a watch and well worth a subscription to The Daily Wire. Whether or not fans decide to check out this movie to support Gina and The Daily Wire or if they are merely looking for different, story-first entertainment, they will find something to enjoy in this movie. Again, this can be a niche film that makes creative decisions that are unorthodox in modern Hollywood, and there are some technical issues with it. This, combined with its mature — and sometimes gruesome — subject matter, may make some people wary, but it is worth a try regardless. Most of the technical issues can be resolved in the future with practice and time, so fans should be excited to see what the future holds for both Gina Carano and The Daily Wire.

Terror on the Prairie

Terror on the Prairie is definitely worth a watch and well worth a subscription to The Daily Wire.

Now it all makes sense. It’s ok. One day you’ll get out of your parents basement.