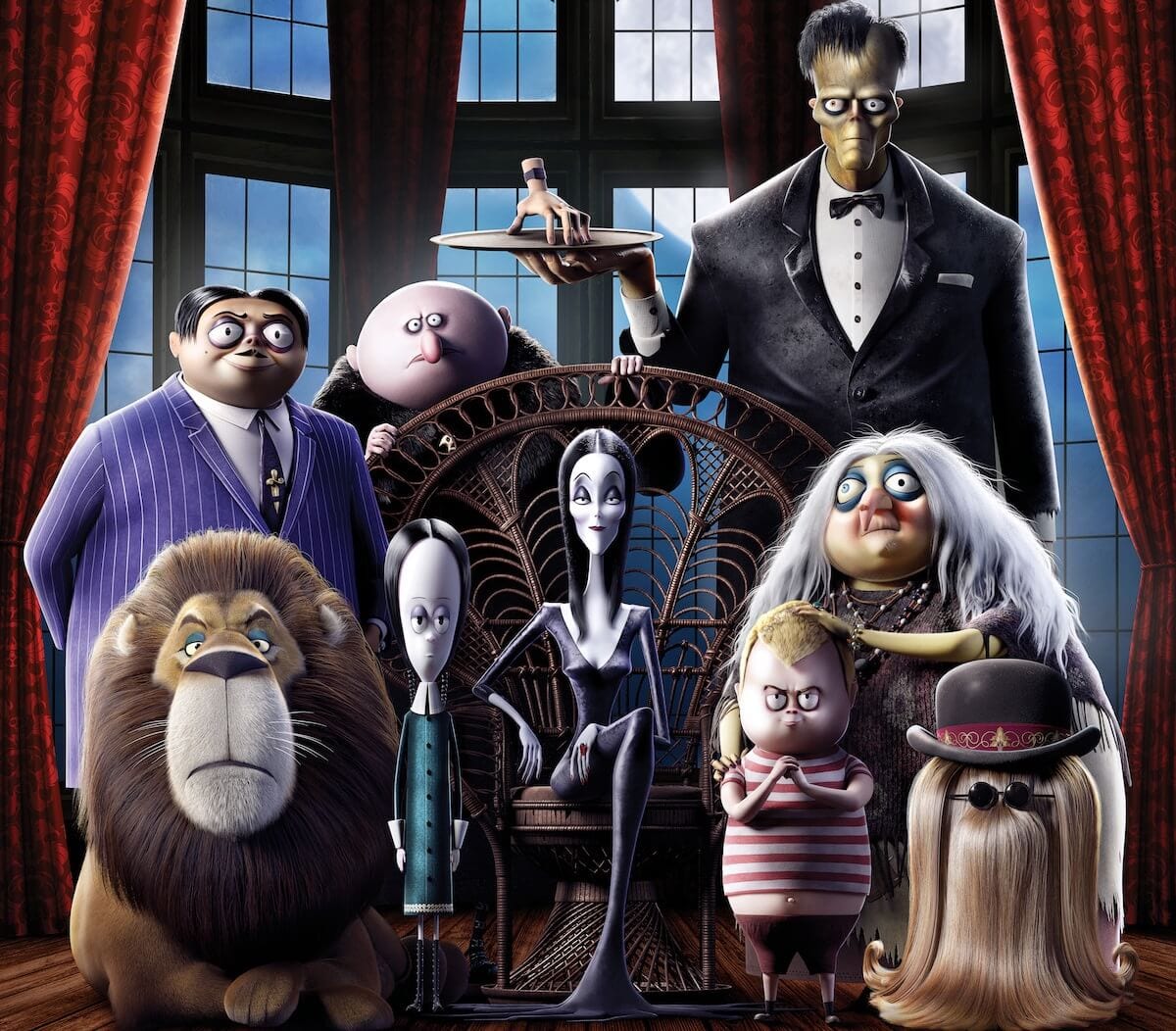 This Halloween season has brought us another iteration of The Addams Family, a series of characters created by Charles Addams for his cartoon strips and immortalized by the 1960’s sitcom. People often deride remakes, re-boots, and all kinds of re-interpretations in blanket statements, but it depends for me. It depends on how I feel about the original property, how many times it’s been remade, what I thought of those remakes, and, of course, the quality of the new version. The trailers for this new, animated Addams Family have been pretty terrible. However, it seemed seasonal, my sister asked me to take her, and I like the two Barry Sonnenfeld live-action films, so I took the plunge.

The Addams Family opens on Gomez (Oscar Isaac) and Morticia’s (Charlize Theron) wedding night. The bride-to-be gets ready and heads out to the cemetery, and at first, all seems well. Just as the two are about to say “I do,” a mob of angry “normal people” show up with torches and pitchforks. This, naturally, forces the family to scatter, and the couple to hurry their vows and make a run for it. In search of a home to build their family, Mr. and Mrs. Addams (and Thing) come across an abandoned asylum in New Jersey and Lurch, one of the patients. Thirteen years later, they exist in creepy, kooky bliss, but daughter Wednesday (Chloe Grace Moretz) yearns to know what exists beyond the fog surrounding their haunted mansion. Matters are exacerbated when celebrity TV host Margaux Needler (Allison Janney) opens Assimilation, a perfect town full of colorful, identical homes, just beyond the Addams property. Mutual problems arise as the Addams’ spooky house threatens Margaux’s property values, and Wednesday can now see the homes and other people beyond, wishing to investigate. If that’s not enough conflict for you, Pugsley (Finn Wolfhard) has a Marzurka, a family coming-of-age tradition, to prepare for. Pugsley is interested in bombs and explosions, but the Murzurka must be performed using a saber. Margaux’s season finale is coming up in two weeks, and the Addams Family are all coming for the Murzurka on the same day. Will the Addamses be forced to assimilate, will Pugsley be ready for his test, and will Margaux be able to sell her homes? 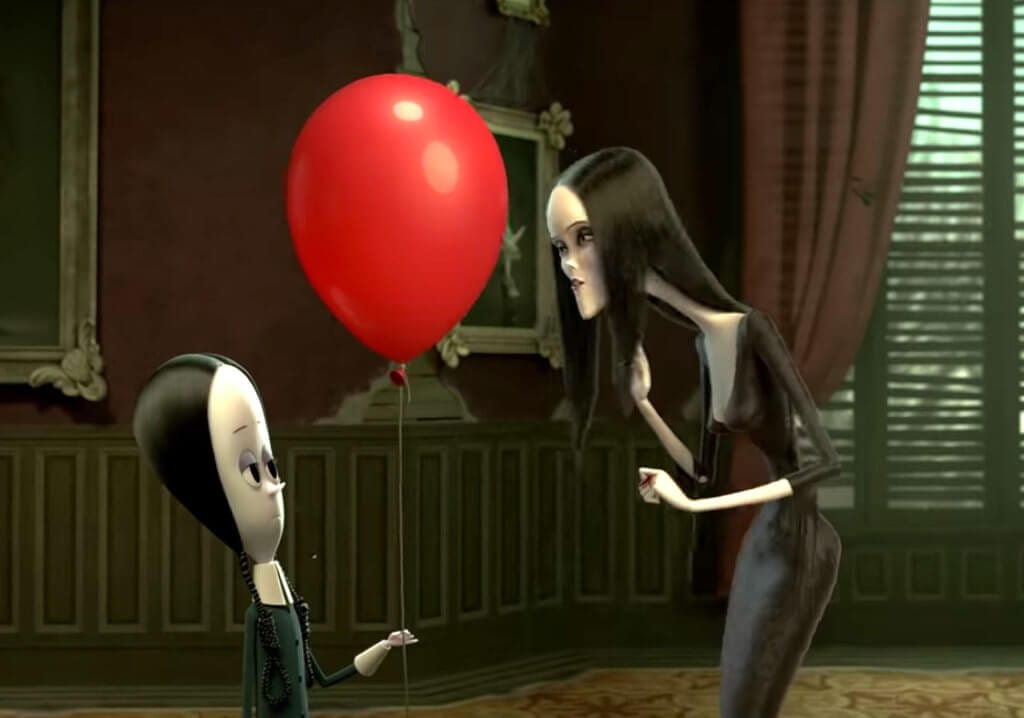 As I mentioned, I wasn’t thrilled with this film’s marketing campaign going in. I try not to trust trailers, as they’re often misleading and poorly edited. However, the comedy did, admittedly, seem weak, and the character designs weren’t winning me over. I was encouraged to hear that the characters were animated to look like the original cartoon strips, which I personally hadn’t been familiar with. And I’m pleased to say that the first thing that struck me about The Addams Family was how much I laughed. I saw it with my husband, my little sister, and my friend, who all seemed to have a great time too. A lot of this is thanks to the terrific voice cast. The dialogue itself isn’t anything revolutionary, or even all that clever, but the actors are brilliantly chosen and have great comedic timing. Isaac as Gomez, Janney as Margo, and Nick Kroll as Uncle Fester are hysterical. And despite the bad taste I got from the ads, Charlize Theron is excellent as Morticia throughout. The trailers show all of the worst jokes and pop-culture references, which is odd, as the worry with comedies is usually that the trailer will spoil all the best jokes.

While The Addams Family isn’t gorgeous like a Disney film or a technical wonder like a Pixar film, the animation works well overall. Again, it’s much more enjoyable than the advertising led me to expect. All of the characters in this film have very cartoony, exaggerated designs, some of which almost make the Addamses look normal. This actually serves to support the film’s themes and messages of self-acceptance and non-conformism. I also really enjoyed the bright, colorful palate this film ironically has. The original score by Jeff and Mychael Danna of The Good Dinosaur fame is also quite good. This is by no means a life-altering score, and I doubt you’ll be humming it in the shower, but it serves the film well. In addition to the excellent line delivery from the vocal performers, the film also has some good visual comedy that I won’t spoil here. 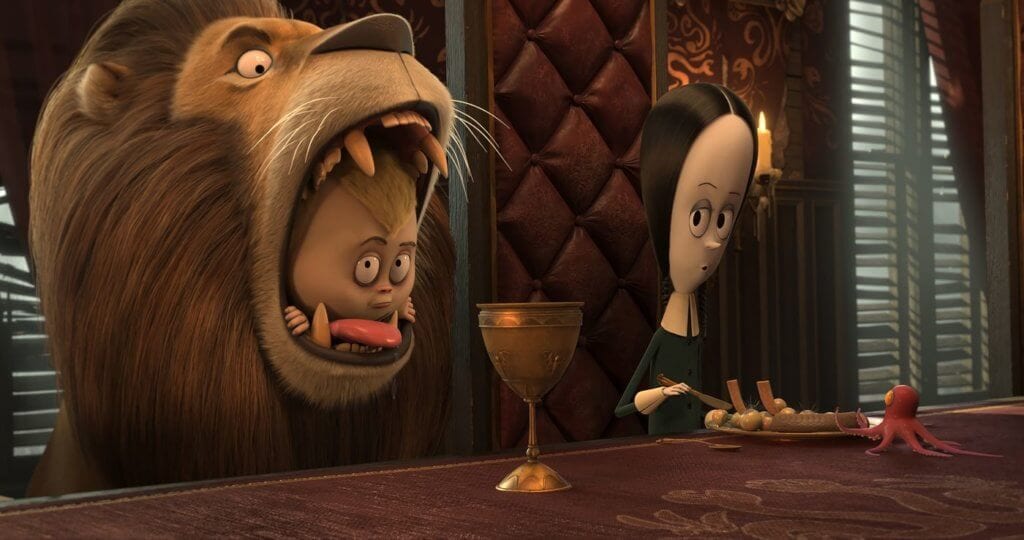 However, I don’t think The Addams Family is a perfect film by any means. While the visuals do tie into this message, I think the movie kind of oversells the whole moral of “be yourself/let your freak flag fly.” This idea is inherent to these characters, but it seems particularly ham-fisted in this animated version. This is hugely over-done as a theme in animated and family films, and I blame Disney for a lot of that. Heck, “be yourself” may as well have been the animation studio’s tagline in the 1990s. But something that seems trite or well-worn can always be done with a flair that makes it feel new. In The Addams Family, characters often come out and verbally state this idea, and that’s one of my biggest pet peeves with films of this type. As an audience, we don’t need a thesis statement on what your movie is about. I don’t like being spoon-fed information in this way. It’s lazy, and the overall message would still be perfectly obvious without shoe-horning it into the script. Additionally, as I said, there are jokes and lines that simply fall flat. Luckily if you’ve been following this film’s marketing scheme at all, you’ve already groaned through the worst bits. However, they’re still blemishes on the film, unfortunately. 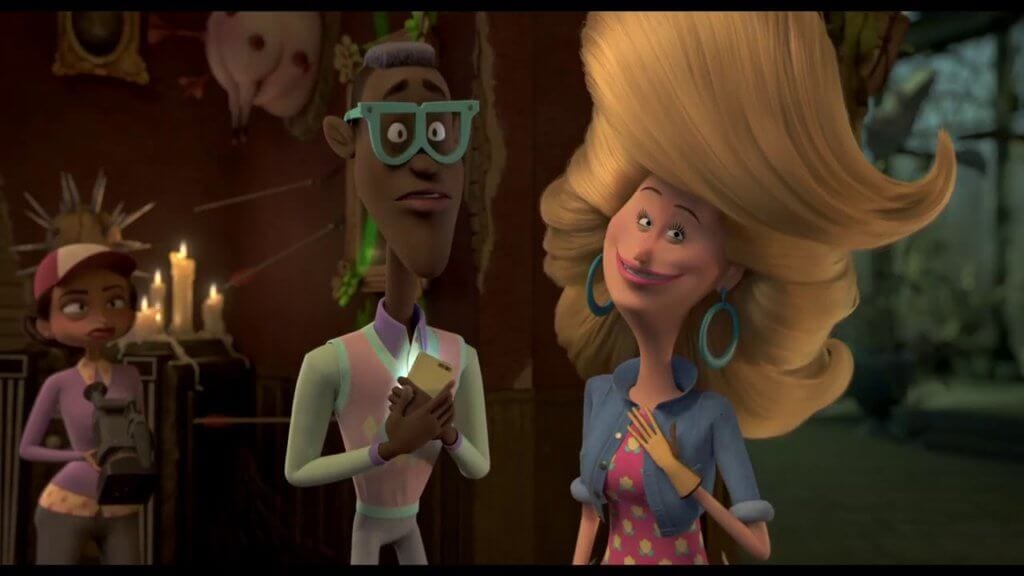 That being said, I did really enjoy this film overall. It’s seasonally appropriate, funny, and very charming. I can’t believe how much I liked it. It’s not as good as the live-action movies, but it never feels like it’s trying to be the definitive adaptation or anything. It’s a good time at the movies, and sometimes that’s enough. There are also a lot of references to past iterations of the Addams characters, so if you do see the film, keep your eyes and ears open. There are a couple of lines of dialogue taken right out of the first Sonnenfeld film! I also really like what they ultimately do with the villains, if you can even call them that.

Altogether, I would recommend The Addams Family, especially if you like slapstick, animation, or the other versions of these characters. This film has some lame one-liners and a couple of annoying pop songs, and I was initially put off by the character designs. However, there is more good comedy than bad, and what works really works. The cast is dynamite, the score is very good, and the animation is surprisingly really well done, despite some limitations. Personally, I’d suggest you grab your family and get creepy, kooky, mysterious, and ooky!

The Addams Family is a flawed but fun family romp with heart and plenty of laughs.