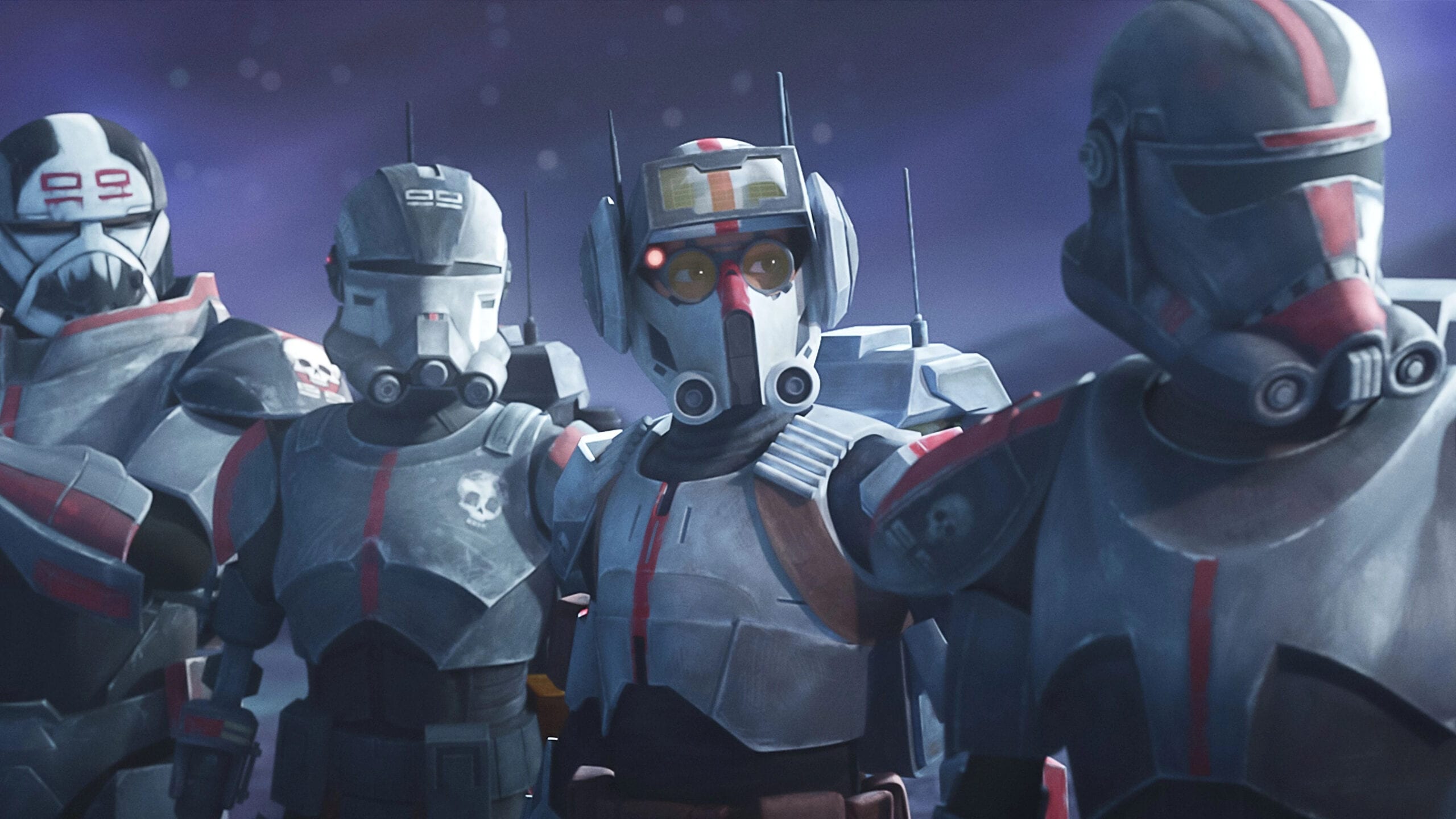 “Devil’s Deal” opens at a rally on Ryloth. Senator Orn Free Taa attempts to convince the people that they should accept Imperial occupation and that the war is over. However, the unruly crowd chants for Clone Wars hero Cham Syndulla, and Taa allows him to speak. Syndulla is uneasy with the new arrangements but urges them to lay down their arms and enjoy the newfound peace. All the while, Crosshair watches Cham’s lieutenant, Gobi. Meanwhile, Gobi has Cham’s daughter Hera running recon on Imperial movements, and she is caught and brought back. Clone Captain Howzer returns Hera to her parents, warning Cham that things are tense within the Empire and he can’t protect Hera if it happens again. Cham chastises Gobi for getting the girl involved, but the latter insists that the Empire is up to something.

Admiral Rampart shows Cham and his wife Eleni around the new Imperial refinery on Ryloth, but the tour does little to comfort them. Hera agrees to go on another mission with Gobi because he offers to let her fly the ship. They rendezvous with the Bad Batch and buy weapons from them. Omega shows Hera around the ship, and they discuss Hera’s passion for ships and flight. However, upon re-entry to Ryloth, they are once again spotted, and Crosshair shoots their ship down. She, Gobi, and their fellow insurgent are arrested, and the Syndullas are contacted. They attack Senator Taa and Admiral Rampart’s caravan and free Hera. Rampart orders Crosshair to kill Taa and frames the Syndullas for the killing. Chopper ferries Hera away as her parents are taken into custody.

I feel like I say this half the time with The Bad Batch, but this is my favorite episode since “Aftermath” or maybe “Replacements.” “Devil’s Deal” feels very much like a Clone Wars episode, exploring the plight of characters only tenuously tied to the show’s leads. The reception of this episode with fans will have a lot to do with how much they liked Rebels and care about post-Clone Wars Ryloth, but I’m in favor of it. The big takeaway is that we get the backstory of yet another Rebels character after Kanan’s escape in “Aftermath.” Hera and Kanan are my favorite characters from Rebels. As the “parents” of the group, they were usually more level-headed than Ezra and Sabine. They also went through trials I found particularly interesting, like Kanan being blinded and Hera having to move on from loss and raise a child on her own. I wish we could have seen more of the latter, and maybe one day we will. This is the first time we’ve properly seen Hera’s mother Eleni, who was previously mentioned in Rebels, where we also saw a family picture including her. I have a feeling that next week she’s going to be killed off, although I’m not sure why they would introduce her to immediately kill her. It’s just hard to imagine them revisiting a character like Hera without setting up the status quo she knows in Rebels.

Since Hera appears to be a preteen in “Devil’s Deal,” I was surprised to discover that Vanessa Marshall returned to do her voiceover. She did an excellent job sounding like a kid. I had mixed feelings on Freddie Prince Jr. reprising his role. I was happy to hear him, and I’d prefer them to stick to the original actors as much as possible. He just didn’t sound like a kid at all. Marshall is a tremendous voice acting talent, and I’m continually impressed with her work. Phil LaMarr is back as everyone’s favorite crooked Twi-lek senator, Orn Free Taa, and I have to say, the best part with him was when Crosshair took him out. Cham said it all when he called Taa out for consistently putting his own greed above the needs of Ryloth. Ferelith Young and Robin Atkin Downes are very good as Eleni and Cham Syndulla. I really like Eleni’s design, too. It’s faithful to the one picture of her in Rebels, and it perfectly blends the Clone Wars style with a splash of Hera’s design in Rebels. The Bad Batch is the best-looking animated Star Wars show ever. It makes sense, with it being the newest, but I am genuinely blown away by this show’s visuals almost every week. I watch a lot of weekly-released animated shows, and I usually don’t have this much praise for the animation. Shows like this and Castlevania benefit from a bigger budget since they’re for streaming and not cable, but still. Wow. 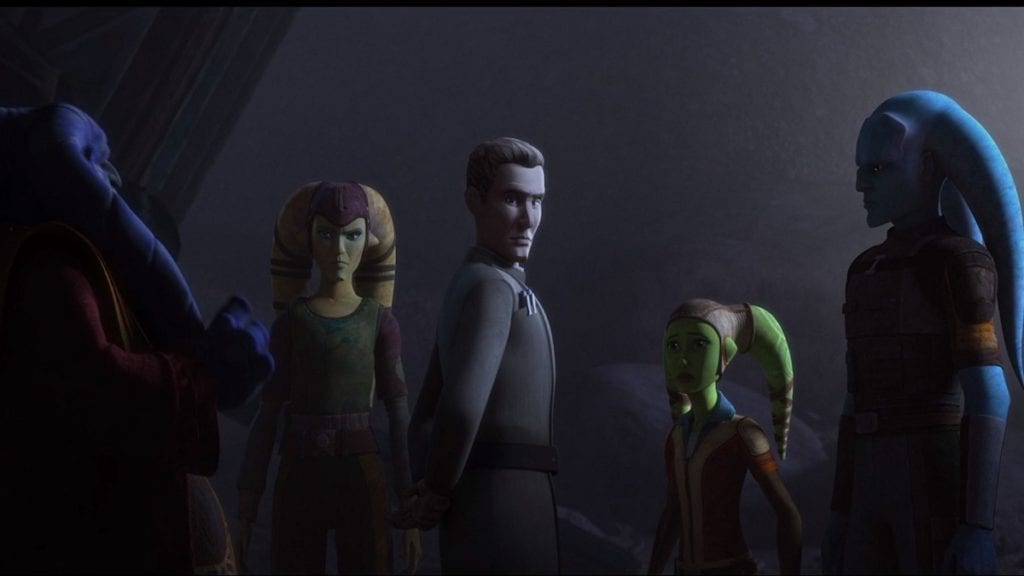 It’s a testament to the characters and storytelling at work when the show’s main characters only appear in one scene, but the episode is still great. I’m sure the Batch will come to Ryloth next week to help save Hera’s parents (or maybe just Cham?), but in the meantime, I barely missed them. The clash between the free-spirited Twi’leks and the onward march of Imperial progress, as well as Hera’s characterization, made this episode really special. Of course, Hera is just dreaming about flying and living on a ship at this point. And it was a nice touch to give her the strong Rylothian accent. There was one scene in Rebels season 2, episode 16, “Homecoming,” where she slipped into a harsh accent when her father angered her. It’s a small thing, but I appreciate the attempts to maintain consistency. Dee Bradley Baker and Michelle Ang are still good in “Devil’s Deal,” with Baker, of course, voicing Howzer and Crosshair as well as the Batch. I really like Howzer for the little we get of him here; you get the sense that, despite the chip and his orders, he really does want to help Cham as much as he can. Crosshair’s burn from the skirmish on Bracca looks really nasty. Again, I appreciate the attention to detail. Michelle Ang has good chemistry with Vanessa Marshall, and I liked the small scene with Omega and Hera in general.

“Devil’s Deal” has good action, political intrigue, and delves into one of my favorite animated Star Wars characters. Your mileage may vary depending on how much you like Rebels, and Hera in particular, but it works for me.

"Devil's Deal" has good action, political intrigue and delves into one of my favorite animated Star Wars characters.