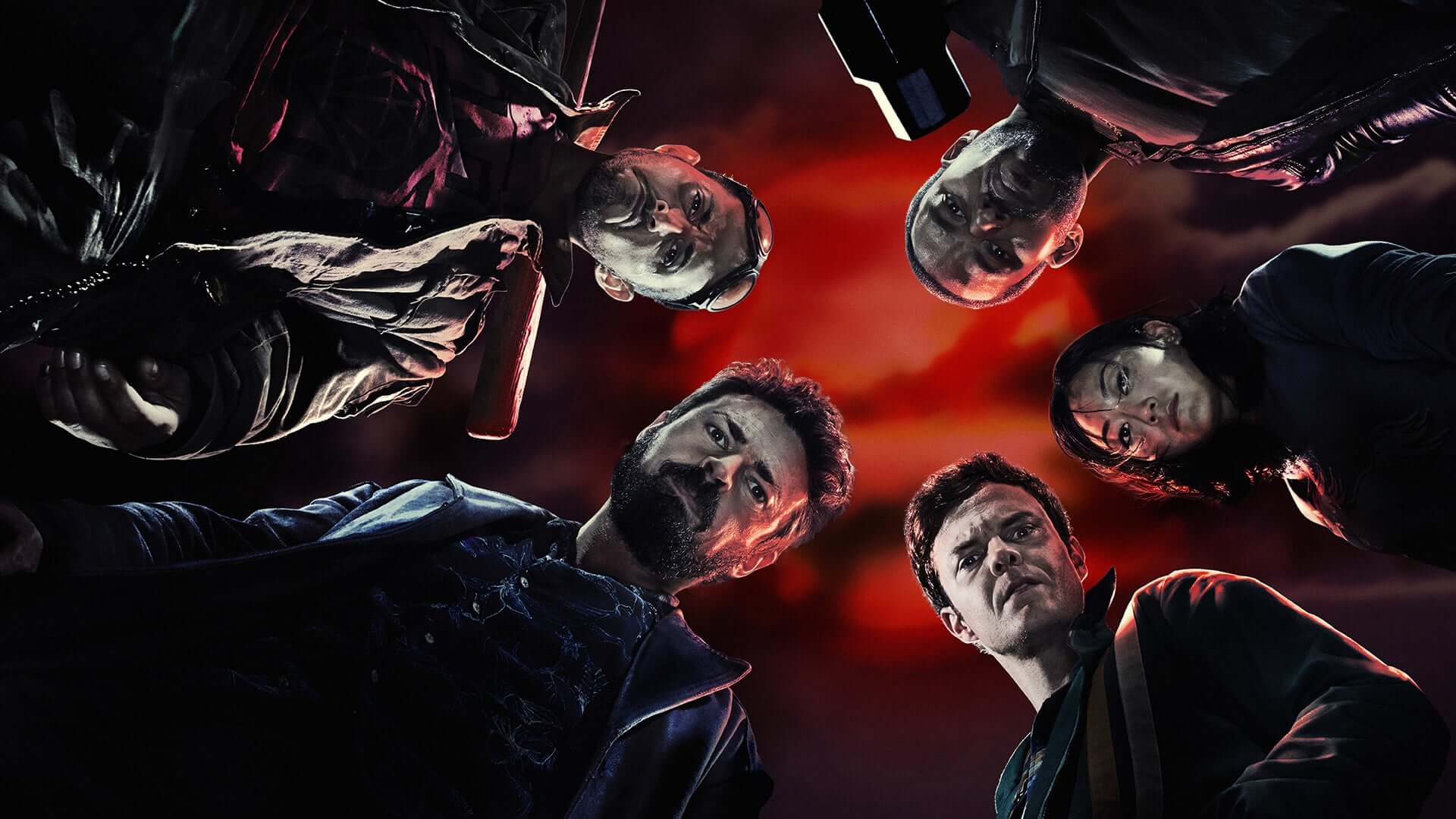 Subversion has been a hot topic throughout various media in the last several years, much to fans’ chagrin – or delight, depending on who you ask. However, it is the concept of subversion that the new Amazon show The Boys relies on and utilizes to great effect. The Boys is a property I’ve been following for years, ever since it was announced that Will Ferrell and Adam McKay would be bringing the project to the screen. When that adaptation didn’t come to fruition, I was very disappointed, as I had become a major fan of creator Garth Ennis, having gone back and read through the whole run of Preacher. So when I heard that Seth Rogen and Evan Goldberg would shepherd The Boys to television much in the same way they had done for Preacher, I was pleased; the addition of Supernatural’s Eric Kripke only made the prospective adaptation even more exciting. The only question was, would The Boys live up to the hype?

The Boys opens with a couple of fans debating about superheroes, only for them to run across super-fast hero A-Train, played by Survivor’s Remorse star Jesse T. Usher. From there, we are introduced to this world of superheroes, where their heroics have been monetized by a company called Vought as though they were athletes and celebrities. Vought’s elite heroes make up a superteam called the Seven. The cold reality of this doesn’t sit well with our lead hero, Hughie, whose girlfriend is killed thanks to a mishap by A-Train. In Batman Begins, Bruce Wayne tells Alfred that people need dramatic examples to shake them out of their apathy, and in many ways this serves as an impetus for Hughie’s call to action, especially after Vought offers him a paltry sum of money to forget the whole thing – something his father, (played by Simon Pegg, who was the inspiration for Hughie’s look in the comics) insists he take.

Before he does, Billy Butcher comes into his life, asking him to put a listening device in Vought Tower, something that Seven member Translucent – so called due to his powers of invisibility – discovers. This becomes the impetus for Billy re-forming his old superhero watchdog group the Boys (from whom I constantly got Losers vibes; even the promotional posters echoed the comic covers, much in the same way those for the 2010 film had), as they try to take on the “supes” and uncover the secrets behind a drug called Compound-V, much to new Seven recruit Starlight’s initial chagrin. It is Starlight who forms the heart of the show and represents everything superheroes have meant to people over the years, and what happens when those ideas are subverted; whether it’s Seven leader Homelander’s psychotic tendencies, A-Train’s vanity, or Aquaman stand-in the Deep’s heinous actions toward Starlight. Despite Vought’s need for her to conform, Starlight rejects that idea and endeavors to stay true to her own ideals, even when her mother’s vanity threatens to compel her to stay the course. 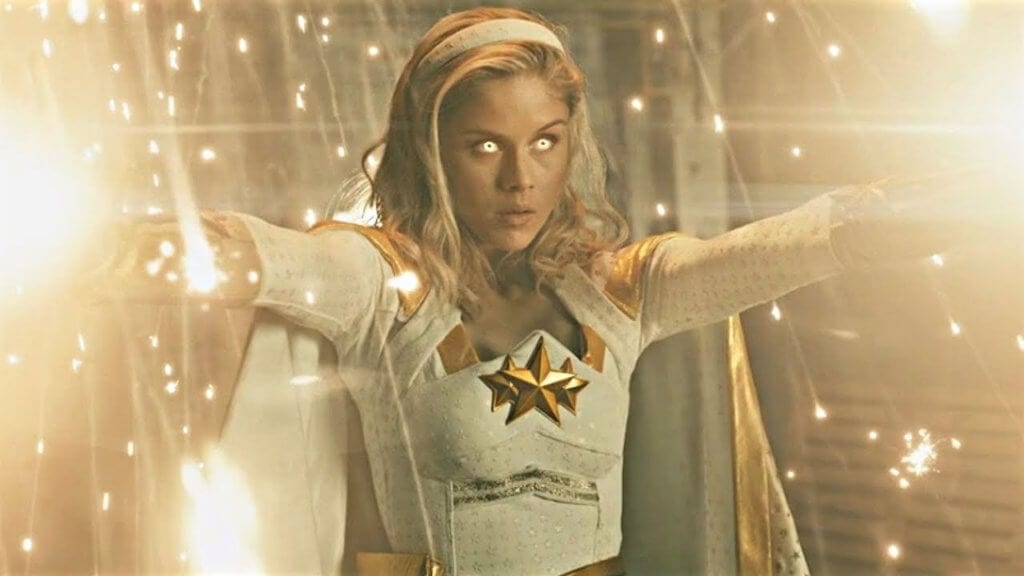 The first season of The Boys culminates in the arrival of terrorist supes, courtesy of Homelander and Compound-V, which is used to settle the season-long debate about whether the heroes should be allowed to serve in the military (a story beat Supernatural and Revolution alums Jim Beaver and Giancarlo Esposito help bring home via small but pivotal roles). However, all Homelander sees is the opportunity to make more money, and he won’t let anybody stand in his way, not even Butcher, who wants to take him down after his wife’s death. Throughout the show, the viewer is left to wonder how far Butcher’s nihilism is going to take him in his myopic crusade (something Hughie brings up at one point) and who will end up being collateral damage as a result. After a twist ending I won’t spoil here, it’s fair to say Butcher has some reevaluating to do.

The cast of The Boys is fantastic, and it’s hard to choose any particular standouts, yet over the course of the season, there are a few that shine particularly bright, most notably Erin Moriarty as Starlight, Karl Urban as Billy Butcher, Jesse T. Usher as A-Train, and perhaps the biggest surprise, Chase Crawford, who gives a great performance as the Deep. The Deep faces the consequences for his early misdeeds and suffers a justified fall from grace. While his character arc is compelling, it’s fair that, in the wake of Aquaman’s success, his feelings of inadequacy feel a bit dated at first blush. At its core, however, The Boys is about the weight of celebrity, something for which Usher serves as a conduit. He feels like an athlete who gets hooked on steroids, pushes his family away, and suffers severe health issues as a result. Starlight, well, shines, her character serving as a metaphor for child stars being crushed under the weight of a parent’s expectations. I would almost say it makes Hughie a bit unlikeable given how he treats her, but given the emotionally fraught dynamic between them, both characters end up being enriched, despite Hughie’s actions. In addition, this is probably Urban’s best performance in years. I’ve wanted him to return to TV since he did Almost Human, so to see him give a performance like this is on the small screen is great, and I can’t wait to see where Urban takes the character next. 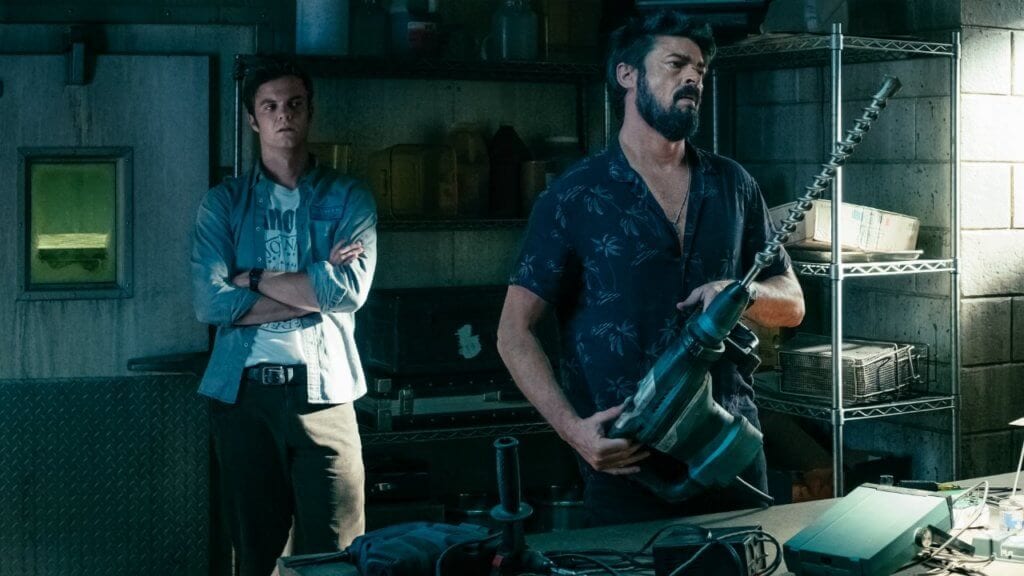 A lot of this quality is down to veteran showrunner Eric Kripke. While The Boys is decidedly more adult than his previous works, Kripke’s fingerprints on the show are unmistakable, from the casting choices to even the music. Kripke had said he’s a big fan of Garth Ennis, which is how he ended up taking the helm of this latest adaptation of the writer’s work, having regrettably missed out on Preacher (something that I can only lament the more I think about it). Having Goldberg and Rogen (the latter of whom makes a fun cameo) involved only enhances the series since it’s clear they know what to do with Ennis’s seemingly outlandish ideas.

Ultimately, The Boys is an excellent adaptation of a well-loved comic book series. From a subversive take on the superhero genre to outstanding performances, particularly from Erin Moriarty and Karl Urban, Amazon has entered the superhero genre in a bold way (not counting the recently cancelled The Tick), and I can’t wait to see what comes next in this subversive superhero saga.

The Boys is an excellent adaptation of a well-loved comic book series. From a subversive take on the superhero genre to outstanding performances, particularly from Erin Moriarty and Karl Urban, I can’t wait to see what comes next in this subversive superhero saga.

I’m a huge fan of the original comic, and honestly I despise this show.
As an adaptation, I think it fails in every way. It has none of the fun of the original when it comes to the colours and violence, I much prefer the characters in the comics and the plot isn’t nearly as interesting.

Although I don’t know why I expected anything different, so many comic book adaptations are like that imo, and I’m a very picky person.

If I look at it as an independent thing, it’s just kinda boring to me. The pacing is all over the place and a lot of stuff happens without anything interesting really happening. I was bored the whole way through.

The actors are really good though.