REVIEW: The Boys – Season 3, Episode 5, “The Last Time to Look On This World of Lies” 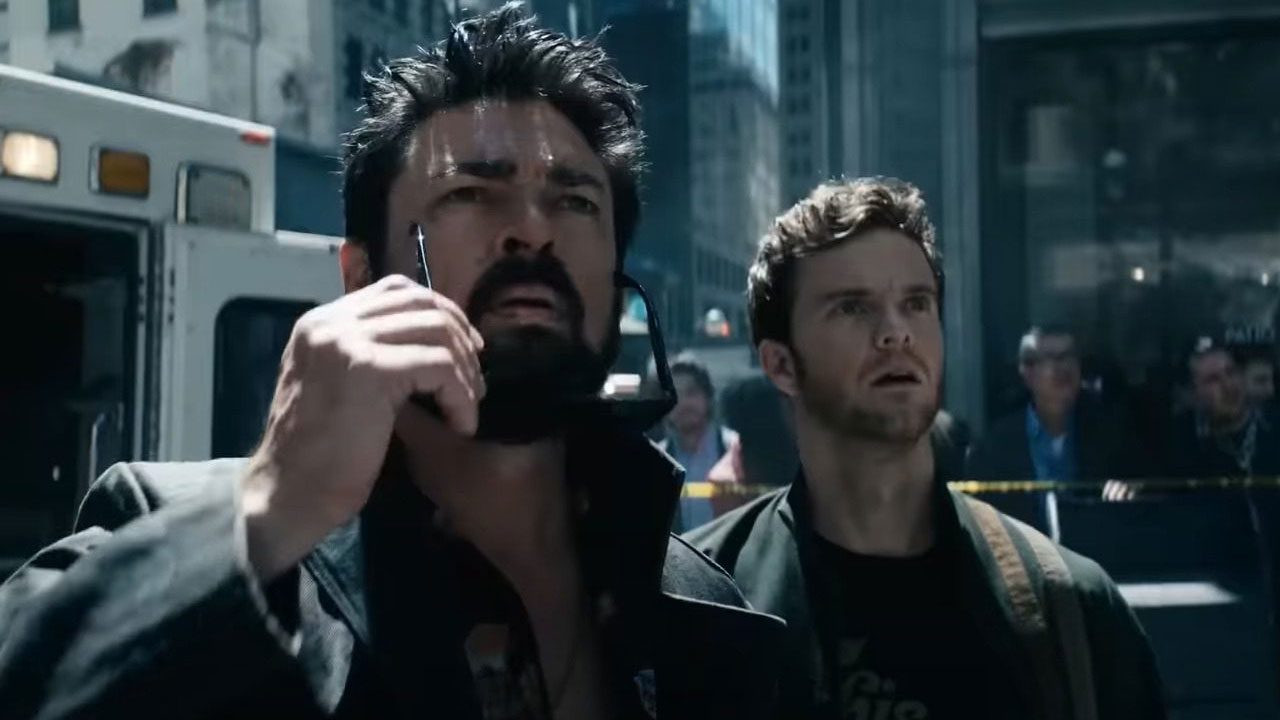 “The Last Time to Look On This World of Lies” finds Frenchie praying over Kimiko while MM watches a video of tests being run on Soldierboy. Ashley is chosen as the new CEO of Vought. Hughie tells Annie about Soldierboy and the temporary V and promises he won’t take it again. Maeve brings Butcher more temporary V, and they have a drink. Nina enlists Frenchie to do some more dirty work in light of the failures in Russia. Kimiko no longer has powers. Soldierboy arrives in America. MM sees a video of him killing people, interrupting his plans with his daughter. The Deep fires most of Crime Analytics for being critical of Homelander. A-Train and Blue Hawk meet with members of the black community in Trenton for the latter to apologize for over-policing them. Blue Hawk ends up getting flustered and fighting people. Butcher and MM take Hughie to meet someone called the Legend. He tells them that Soldierboy is headed to Crimson Countess’ place. Maeve is kidnapped. Butcher and Hughie take V again. Annie hits a wall asking Ashley what happened to Maeve. Nina captures Frenchie. The guys capture Crimson Countess and use her as bait for Soldierboy. MM calls Annie, she comes, and Hughie tells her he’s taking V again. Butcher gives Crimson Countess to Soldierboy in exchange for a team-up. Annie asks Hughie not to go with Butcher, but he does anyway. 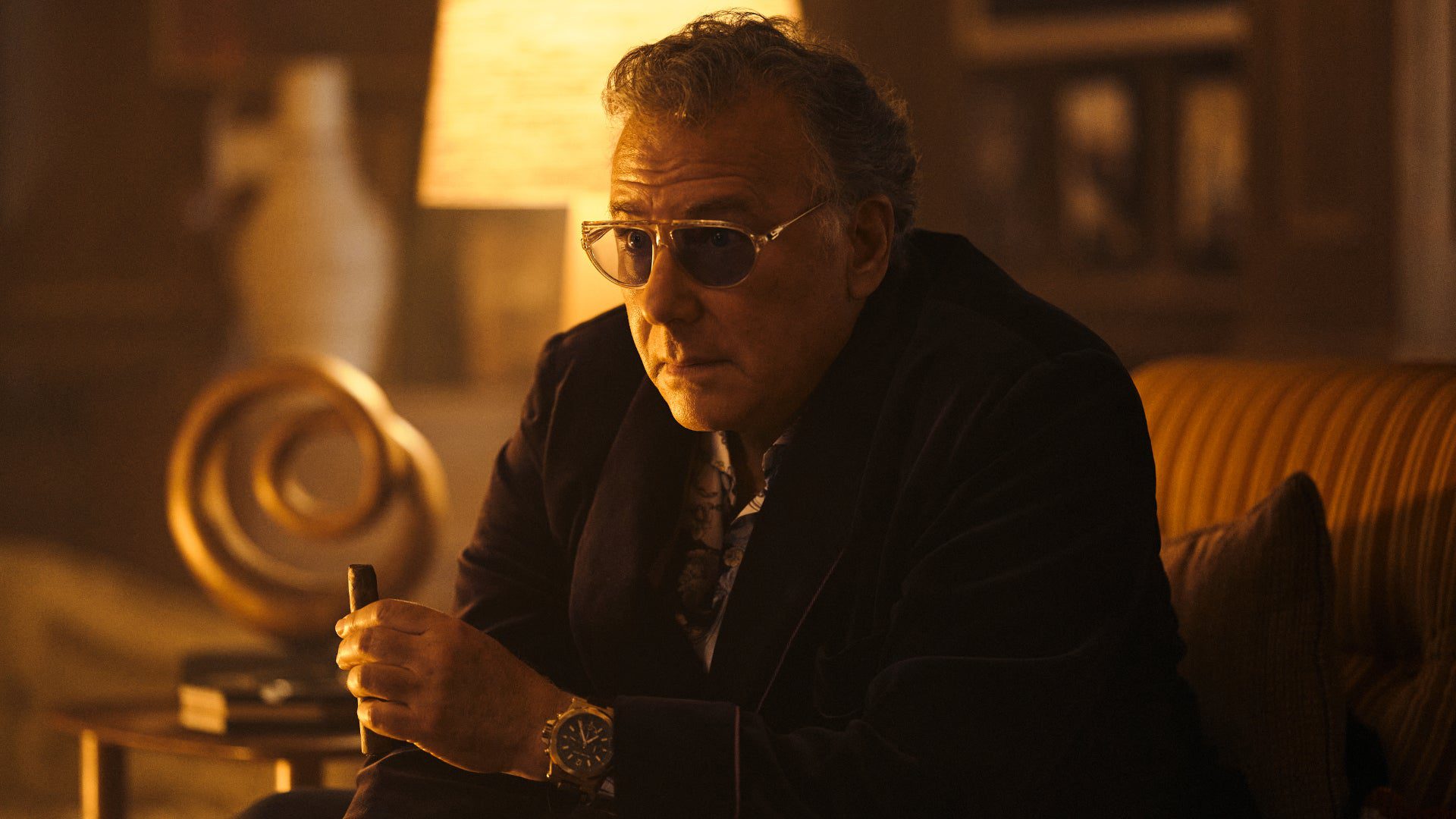 It’s hard to believe we’re already past the halfway mark in season 3 after just three weeks; it feels like this season is going by faster than Obi-Wan Kenobi, but that may just be because I’m enjoying it a lot more. This is the tensest an episode of TV has had me in a while; “The Last Time to Look On This World of Lies” has me genuinely worried about multiple characters. Even other shows I enjoy, like Stranger Things, feel low-stakes because nobody important ever dies, but on The Boys, anything could happen. The episode opens with MM accusing Butcher of not caring about the Boys, much like the end of “Glorious Five Year Plan.” The Vought board meeting is also unnerving; I thought Homelander might kill the woman who asked him about Vought’s stock dropping. This is proof that Homelander made a mistake in replacing Stan Edgar with his puppet CEO in Ashley. I hate Ashley so much, so it sucks to see her rise so far in her career. Actress Colby Minifie does a fine job in the role, but Ashley is intentionally annoying and frustratingly selfish. This woman is literally willing to let Homelander kill Maeve just so she can have a nominal position in the world’s most corrupt company. I keep hoping (and expecting) that Homelander will kill her, but she’s just enough of a bootlicker for him to keep her around. Back to the board meeting, hearing one man say Homelander was restoring integrity to Vought by replacing Stan Edgar was hilarious. This man is either playing the game very well, or he’s a complete idiot. 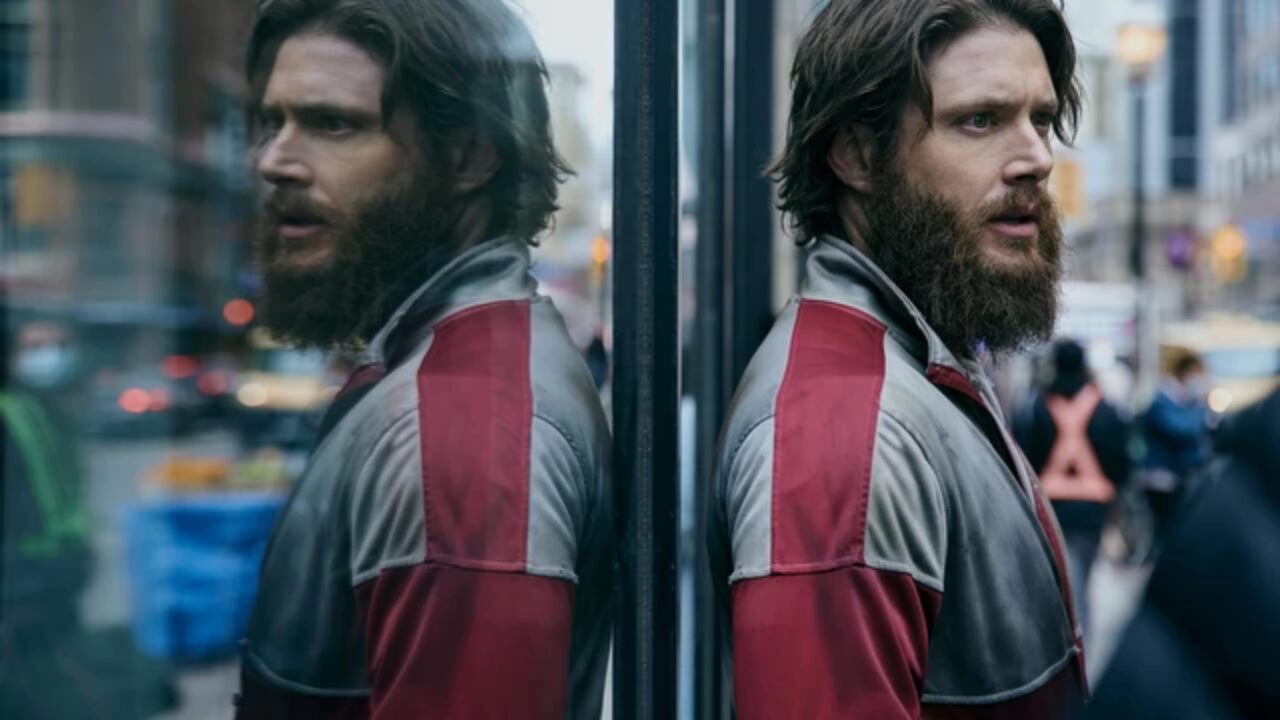 Then we have The Deep becoming the head of Crime Analytics at Vought and lecturing his predecessor on “real world experience.” I’ve also meant to mention how Deep’s wife mouths his speeches while he speaks; is she writing all of his material? He’s an idiot, so this wouldn’t be surprising; it’s just a funny little detail. Butcher is a terrible influence on Maeve, breaking her 4-month sobriety streak and having sex with her. That surprised me, especially after he said all the supes must go, including her. I wouldn’t be turned on by someone saying I have to die for the greater good. But hey, no kink-shaming, right? This further shows Butcher’s shaky moral code and hypocrisy regarding supes. He’ll sleep with one, help raise one, and even become one. But he also thinks they all must ultimately die. I liked his comment that compound V just makes you more of what you already are. This (probably intentionally) reminded me of what Dr. Erskine says of the supersoldier serum in Captain America: The First Avenger.

The stuff with Blue Hawk was an interesting reflection of what’s been happening in American politics, if not a subtle one. But The Boys has never been subtle, and I think the audience knows what to expect now. Blue Hawk’s retort that it’s racist to call someone racist, and questioning whether he’s being canceled, are examples of the deflection tactics that are all too prevalent in modern discourse. You don’t like something I did? Well, stop judging and labeling me, hater. The implication is that he will get away with lashing out at a group of regular civilians who just asked him a few questions. A-Train may avenge his brother if he finally decides to grow a spine, but that seems unlikely. This man will stoop to any level, including using his own people as part of his brand to sell soft drinks and action figures. The Boys understands a fundamental truth that many ignore: the greatest power imbalance in America is money, not race or gender. Stormfront was a woman, and A-Train is a minority, but they don’t care any more about people like them than Homelander does. They have more in common with him because they don’t value human life, only power and fame. 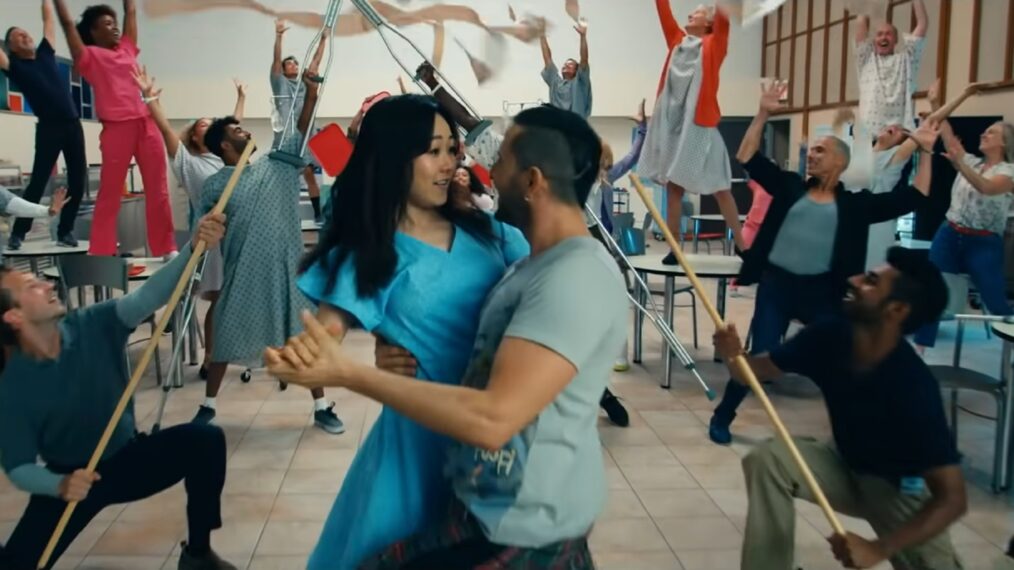 Other things I liked about “The Last Time to Look On This World of Lies” include Kimiko’s musical number, Soldierboy’s culture shock when he returns to America, and Crimson Countess working as a cam girl. Kimiko seems to have a deeper connection with musicals, having had a similar vision a few episodes ago. Maybe as someone who can’t speak, she sees this as a powerful communication tool? Characters in musicals burst into song when their feelings become too big to speak of; she must be feeling a lot, having lost her despised superpowers. I like where the story is going with Soldierboy, and I would love to see him go up against Homelander. So far, “The Last Time to Look On This World of Lies” is my favorite episode this season.

The Boys Season 3, Episode 5, "The Last Time to Look On This World of Lies"

"The Last Time to Look On This World of Lies" is my favorite episode of season 3 yet. It's funny, intense and heartbreaking.