"My cake hole will remain open!" 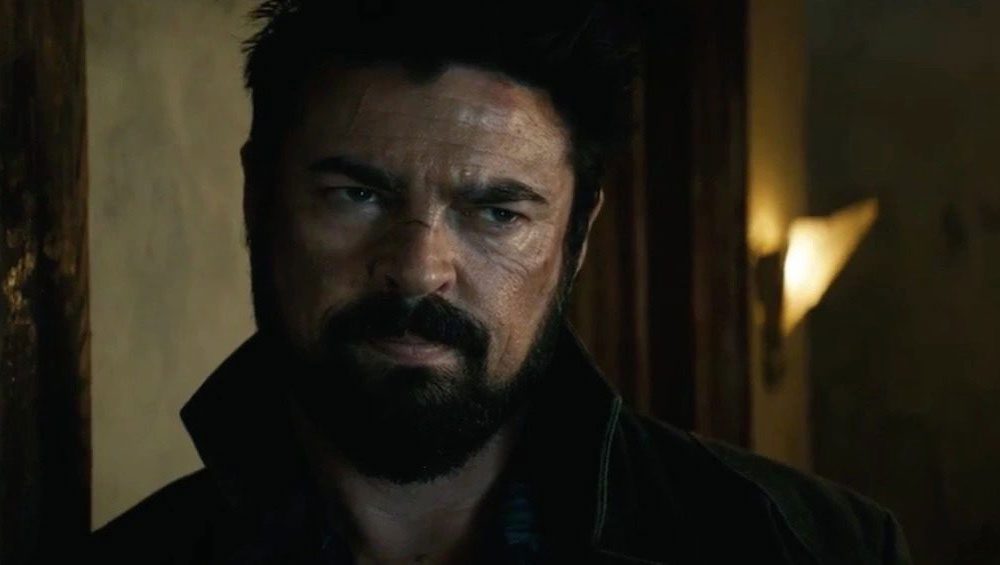 “The Instant White-Hot Wild” finds Ryan playing ball when Homelander finds him. Meanwhile, groups supporting Homelander and Starlight protest outside Vought. Ashley and Deep go to Maeve’s cell and find her indisposed. Hughie is beginning to see the effects of the Temporary V. Maeve wakes up in a van and breaks herself out. Frenchie brings Marvin a weapon to fight Soldierboy. Noir returns to Vought. Butcher knocks Hughie out so he won’t get himself hurt. A-Train visits his brother, who makes it clear he doesn’t want A-Train in his life. Annie picks Hughie up and tells him that Temporary V is deadly. Maeve finds the Boys and reunites with Annie. Soldierboy and Homelander struggle with the realization that they’re family. Homelander kills Black Noir for not telling him about his father. Butcher, Soldierboy, and Maeve continue the mission, locking the others in the safe. Meanwhile, A-Train, Ashley, and Deep debate evacuating the tower, as Annie suggested. Homelander shuts this down and gives each of them a job. Deep kills the future Vice President under Homelander’s orders. Maeve, Soldierboy, and Butcher arrive to face Homelander. Things don’t go as expected when Homelander brings Ryan out, and Butcher turns on Soldierboy. In another stunning turn of events, Maeve takes down Soldierboy and fakes her own death. Marvin makes right with his daughter, and Annie throws out her Starlight uniform. The President chooses Victoria Neuman as his VP candidate.

This has been the best season of The Boys yet, in my opinion, and “The Instant White-Hot Wild” is easily my favorite season finale the show has had. Season 2 was already a ton of fun, and the finale was insanely impactful; the show’s continual improvement is commendable. Most TV series go downhill or grow stagnant after a couple of seasons, and it’s always nice to be reminded that shows can not only remain good but get better. “The Instant White-Hot Wild” goes from 0-60 instantly, with the creepy music playing as Homelander and Ryan reunite. Butcher’s chickens come home to roost in a big way, adding weight to the finale as all of his season 3 misdeeds come back to bite him in the butt. Ryan was disgusted by and afraid of Homelander at the end of last season, and he likely still would be if Butcher hadn’t pushed him away. One of the most satisfying payoffs in this episode comes at the very end: Homelander kills a protestor who opposes him, and Ryan, previously horrified by his father’s wanton violence, slowly smiles at the proceedings. Chilling. 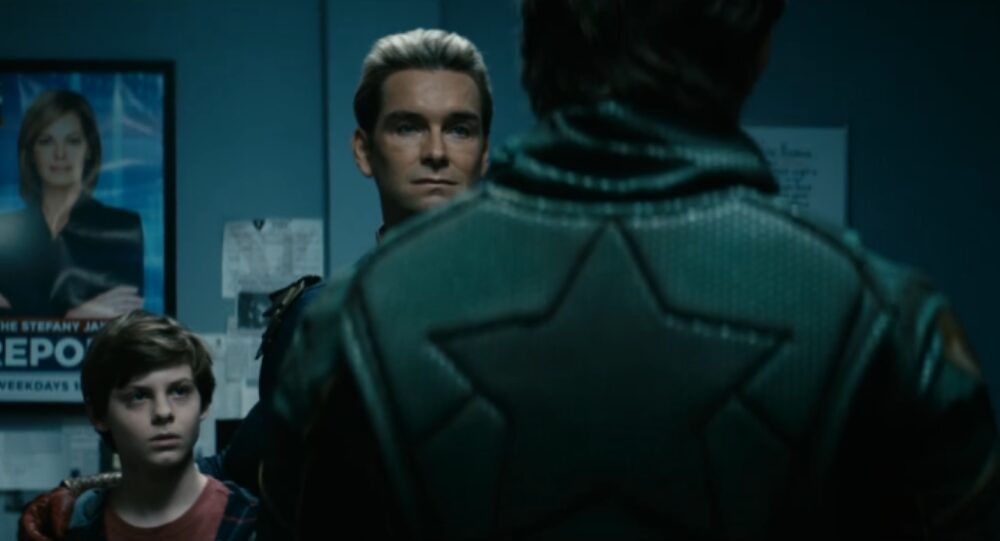 When I first watched “The Instant White-Hot Wild,” I thought the gas being pumped into Maeve’s room was killing her. I also assumed this was under Homelander’s direct orders; the look on Ashley’s face when she looks at Maeve gives the impression that she really didn’t see this coming. This is a most unceremonious ending for Black Noir, whom I really came to pity and sympathize with in “Here Comes a Candle to Light You to Bed.” I can’t say I’m surprised; I never thought there was a chance he could take on either Homelander or Soldierboy, let alone both if they teamed up. However, the mode of his demise did catch me off guard; I assumed some epic battle would ensue, not that Homelander would simply, instantaneously disembowel the only Seven member he trusted. I won’t say I felt sorry for Homelander, especially under the circumstances, but he must have been truly upset to kill the person he considered his closest ally. I wish we knew more about this mysterious, seemingly deep friendship. Sad as it may be, I liked the visual of the cartoon animals slowly backing out of Noir’s goggles as he dies. 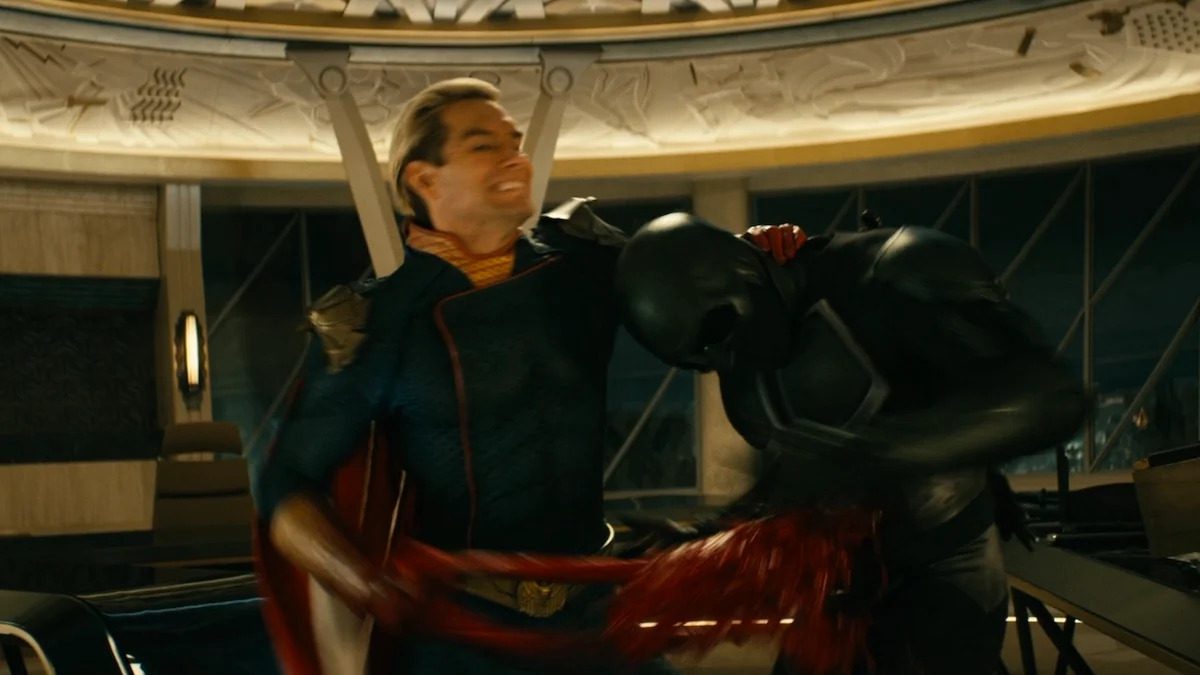 Maeve and Butcher’s hook-up from earlier in the season went nowhere. I guess I’m not really surprised; they likely only got together out of boredom and loneliness, and he’s hardly a good influence on her. I actually really liked how this ended, with Elena back at Maeve’s side and Butcher apparently unaware that she survived. We also get the reveal that Butcher has a terminal case of the brain goop, just like Starlight said Temp V would do to him. While this is a somewhat predictable outcome, it’s still troubling; Butcher is one of the show’s best characters. I wonder how this will play out in season 4. I really like how Marvin’s arc is resolved, with him opening up to his daughter about his hatred of Soldierboy. This is a short, simple scene, but it’s effective nonetheless. My favorite part of “The Instant White-Hot Wild” has to be the super-charged supe fight we were all waiting for. Although I was expecting the fight to take place, I did not predict any of the twists, turns, or changing allegiances. I tend to think of Maeve as one of the only level-headed, reasonable supes, so I was shocked when she wanted to go through with the Soldierboy operation. Sure, she hates Homelander, but she is willing to let bystanders die in the tower. I was pleasantly surprised when she finally lunged at Soldierboy; I was so sucked into the other mini-fights going on that I didn’t even see this possibility. Soldierboy’s talk about his own father in the beginning of the episode foreshadows his contempt for Homelander’s need for love. Homelander was raised to thrive on validation and affirmation from others, and Soldierboy sees that as a weakness and a lack of manhood. The characters’ constantly-shifting goals and loyalties during this fight are unlike anything I’ve ever seen; think Black Widow in the Civil War airport scene, except it’s everyone involved, and coats turn more than once. Another big takeaway is that Hughie finally uses what he has at his disposal to support Annie and steps aside to let her ”shine.” Perhaps the boy can learn after all. 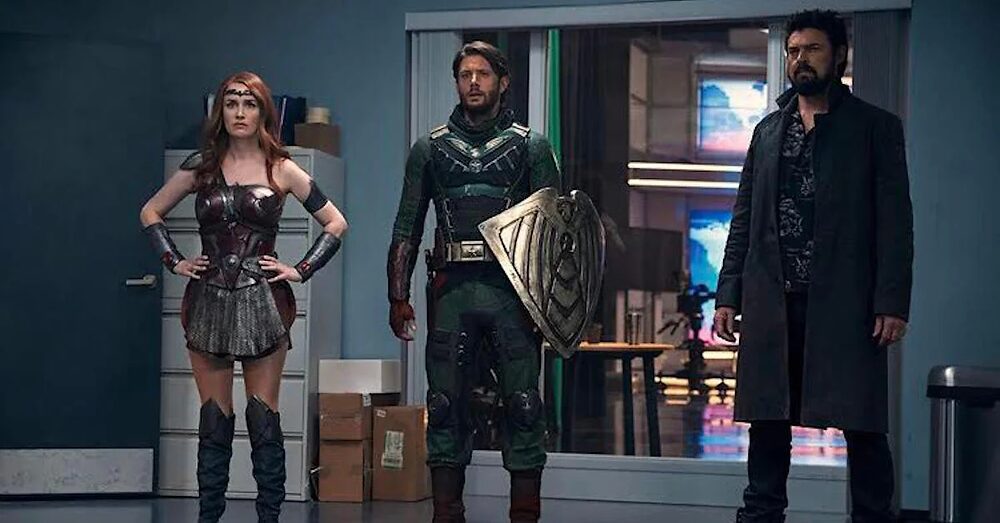 “The Instant White-Hot Wild” is a magnificent ending to a spectacular season. I’ve enjoyed The Boys from the start, but I’m thoroughly impressed by its ability to consistently improve and hone in on universal themes like corruption, family, and a futile struggle for justice.

“The Instant White-Hot Wild” is a magnificent ending to a spectacular season.