On Friday, Netflix dropped season two of their hit original animated series The Dragon Prince. I was initially interested in The Dragon Prince because of the involvement of Aaron Ehasz and Giancarlo Volpe, the head writer and producer, respectively, of Avatar: the Last Airbender. Book 1: Moon of The Dragon Prince proved to be really good on its own merit, sharing some of Avatar’s best traits but still successfully introducing its own mythology and a cast full of memorable characters. Overall, The Dragon Prince’s debut ended up being one of my favorite seasons of TV last year. Let’s see how “Book 2: Sky” measures up.

“Book 2: Sky” finds Rayla and the Princes with Lujanne at the Moon Nexus. Rayla wants the group to get a head start to avoid some impending danger she senses. However, the boys want to stay longer so Ezran can teach Zim to fly and Callum can learn more magic. Soon, the threat Rayla feared arrives in the form of Viren’s children Claudia and Soren; Callum and Ezra are happy to see their friends, but Rayla is understandably suspicious of their intentions. Claudia tells Callum that the King is dead, but he’s too afraid to tell Ezran, prompting him to forgive Rayla and tell her that he understands why she hadn’t told him. Much to Lujanne’s relief, the group decides to depart. Soren tries a sneak attack on Rayla when she looks for food, but she has his number and turns it around on him tenfold; she was expecting this, kicks his butt, and reveals that Claudia has captured not the princes and Zim, but illusions made by Lujanne. They escape and, at first, Rayla is glad to be right, but then apologizes to Callum for the situation. Viren finally discovers a use for the mysterious mirror: he’s able to spy on a mysterious elvish figure. However, the elf later reveals that he can see Viren too, and they begin communicating. Lujanne’s phoenix is no longer able to carry the group as a consequence of being so far from the Moon Nexus, so it flies back, and they look for a boat. The elf tasks Viren with finding some items, a mission he gladly accepts. Callum finds a ship captain to take them across the sea, and Rayla is surprised to see that he wears not one but two eyepatches. Nonetheless, he successfully gets them across in spite of a raging storm.

Meanwhile, General Amaya discovers that the human Outpost on the Xadian side has been infiltrated by elves. Viren receives responses from the other human kingdoms to letters he had sent with the king’s seal proposing a meeting: they all agree. Callum and Zim go out into a storm in an attempt to connect with the primal energy. Amaya’s forces do battle with the elves, who prove to have some sort of lava-based powers. Zim is struck by lightning but ultimately seems unscathed. The heads of all five human kingdoms meet, and Viren makes his proposal: war on the elves to drive them back out of Kotalis. All of the monarchs agree except for Anya, the child queen of a kingdom called Duren. Disheartened and angry, Viren lashes out as the other kingdoms back out of the deal. Claudia, Soren, and a captive Corvus come across a town being circled by a dragon. Although the dragon has yet to attack, Soren turns the village’s ballistas on it, and Claudia manages to bring it down by enchanting the weapon. Soren releases Corvus and tells him to help the villagers. The heroes see the dragon go down and run to its aid, leading to another confrontation between the two groups. Rayla frees the dragon, and Callum taps into dark magic to incapacitate Viren’s children and their forces. The heroes make it to a remote cave, where Corvus finds them and offers his services to Ezran, revealing to him that he is the king and his father has been killed. Callum suffers fever dreams in which he is confronted by memories of his stepfather, the concept of destiny, and himself. Back at home, the elf in the mirror reveals himself to Viren as Aaravos, an ancient and powerful master and the original owner of a relic key King Harrow had posthumously gifted to Callum.  Soren is left paralyzed from his confrontation with the dragon, reducing Claudia to hysterics. Ezran comes into town to talk to her: he tells her that he knows what happened to his father, and she apologizes for what he’s going through, as well as for her own actions. Once Ezran leaves, she uses a deer for a dark spell to restore Soren’s use of his limbs. Callum sees his mother in his dream, and she helps him connect with the sky primal arcanum, granting him the ability to tap into magic without a primal stone. Just as he wakes up and displays his power, Ezran and Corvus return, the former stating his intention to return to Kotalis and assume his kingly duties. Viren is removed from the council and apprehended for stealing the King’s seal and posing as Kotalis’ regent, but after he and Aaravos have already succeeded in creating four shadowy creatures and sending them to the other human kingdoms. 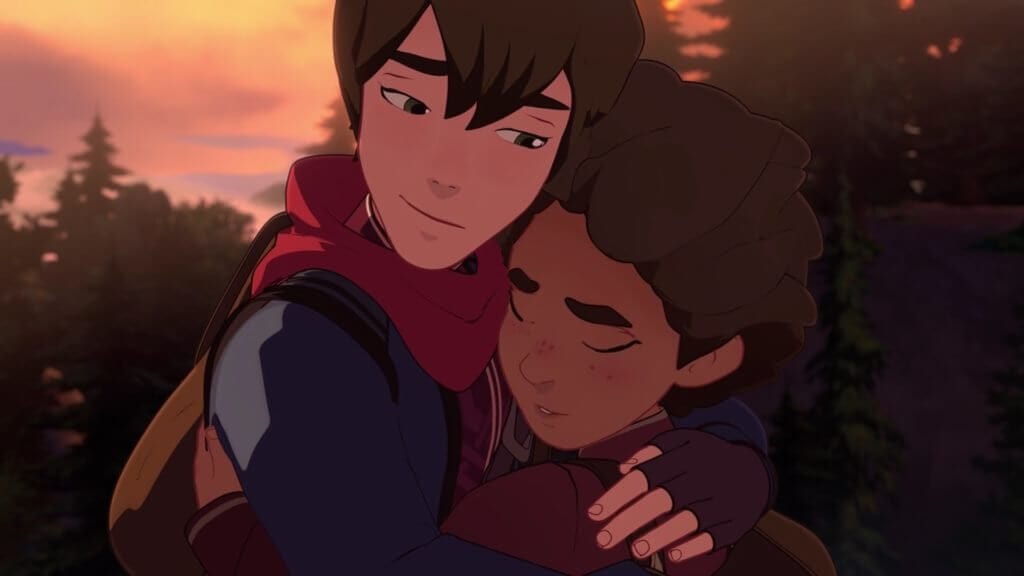 “Book 2: Sky” expands on last season’s worldbuilding and introduces exciting new characters to The Dragon Prince, all while developing the main characters along the way. My favorite storyline this season is Callum’s drive to become a magic practitioner, against Lujanne’s advice that only magical creatures can do so without a primal stone. Callum’s exploration of magical power and the letter from his father form an interesting parallel with Viren’s storyline through the character of Aaravos, as well as in Callum’s ultimate rejection of dark magic and Viren’s careless use of it to meet his ends. It’s surprising to me that it took so much for Callum to realize that Claudia isn’t on his side; one would think that her lack of respect for living things would shock him more, especially in contrast with his own beliefs. It’s telling that Callum can be seen drawing Rayla near the end of the season when he had previously been shown sketching Claudia. In the end, after his encounter with dark magic and visions of his parents, Callum makes his choice, and it’s not one that’s compatible with Claudia’s actions. I’ve seen a couple of fan theories involving the possibility of Callum being part elf, but I really hope that isn’t the case. I take the message here to be more that anyone from any background can master magic if they’re willing to put the work into it. After all, Ezran can speak with animals; why can’t a human achieve magical abilities without a primal stone?

I’m pleasantly surprised by the route The Dragon Prince takes Ezran this season; I would never have guessed this character would have such an adult decision to make so soon. It’s a huge step for Ezran to leave Callum and Rayla to lead his people, and I’m curious to see how this plays out going forward. I was genuinely sad to see him separated from Zim after their bond developed throughout the season.  Rayla’s arc in “Book 2” mainly focuses on who she wants to be now that she’s decided not to become an assassin. She doesn’t get as much focus here as Callum, but hers is an interesting story, and she got a bit more attention last season. The camaraderie between the three heroes, as well as animal companions Zim and Bait, is believable and very well fleshed out. Interesting characters and relationships are the main things I look for in entertainment, and The Dragon Prince is excelling at both so far. I enjoy the details and backstories they give to side characters like Aaravos and even Queen Anya; the care given to mythology and developing side characters was one of the things that made Avatar great. Having well thought out world building and believable background characters makes a world feel lived in, and I think that’s what makes fans want to live in it. 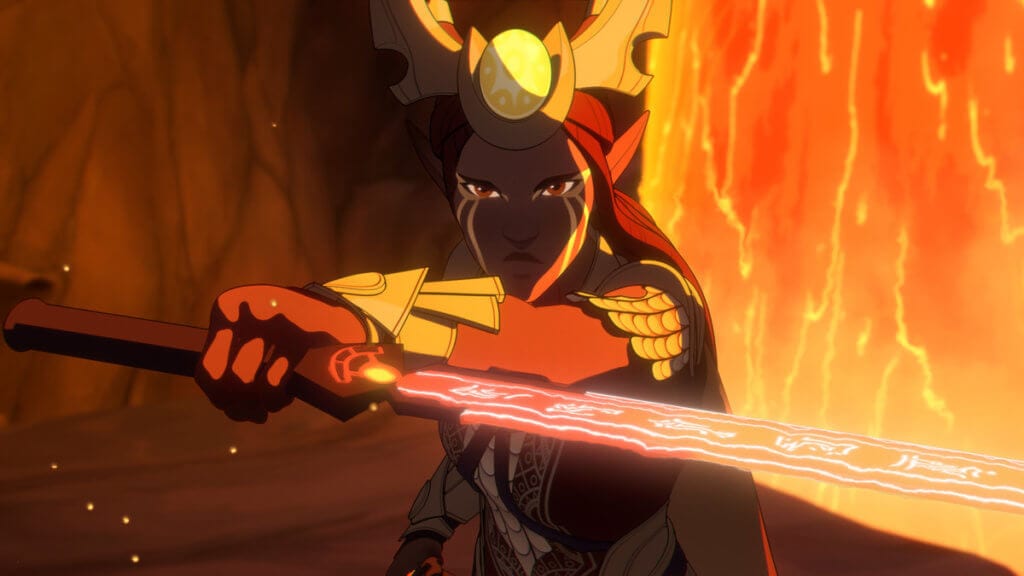 That being said, the technical aspects of “Book 2” are also amazing. The vocal performances are all really good, but my favorites are Jack De Sena as Callum and Jason Simpson as Viren. De Sena was one of my favorites on Avatar: The Last Airbender because he was always so believable. He has a vulnerability to his voice, but he also excels at comedy and lighthearted moments. Simpson brings an air of sophistication and condescension that’s absolutely perfect for the high-minded Viren. He’s also very intimidating at times. Erik Dellums is introduced this season as Aaravos, and he’s deliciously creepy and mysterious. Dellums portrayed Koh the Face Stealer on Avatar, and while Aaravos is a very different kind of character, it’s easy to see why they chose him for the role. Paula Burrows continues to be good and, at times, quite funny as Rayla, and she still reminds me of Kelly Macdonald’s voice as Merida in Brave. Raquel Belmonte plays Claudia as a little less awkward than last year, but she still laughs at odd times. Claudia seems to be developing into a villain, but I enjoy her quirks and Belmonte’s performance. The series’ original music by Frederik Wiedmann continues to be beautiful and majestic. Even Avatar’s soundtrack developed to greatness over time, but The Dragon Prince has had distinct, memorable music from the beginning, and I really appreciate that. I also love the animation and design work on the show; there’s always something gorgeous to look at, and they introduce a lot of new locations this season. I hope we get to see more with the different types of elves as time goes on because they look super cool.

I really, really loved “Book 2: Sky.” The Dragon Prince is quickly becoming one of my favorite current TV shows because the crew is obviously passionate about these characters and their story. The art style is also unique and the designs creative. The Dragon Prince has maintained some of  Avatar’s best elements (pun intended) while still forging its own identity, and I think it will be remembered with respect and appreciation. I’d recommend The Dragon Prince to anyone, but especially fans of animation and fantasy.

I really, really loved "Book 2: Sky." The Dragon Prince is quickly becoming one of my favorite current TV shows because the crew is obviously passionate about these characters and their story. The art style is also unique and the designs creative. The Dragon Prince has maintained some of Avatar’s best elements (pun intended) while still forging its own identity, and I think it will be remembered with respect and appreciation. 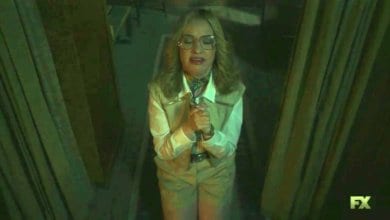 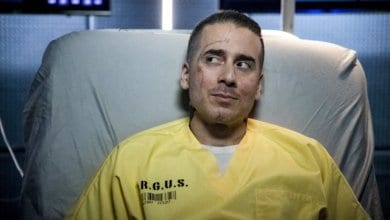 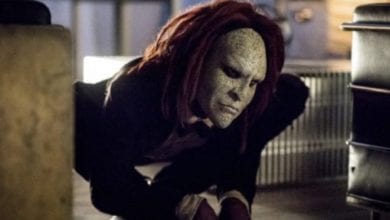 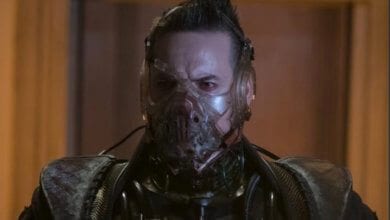