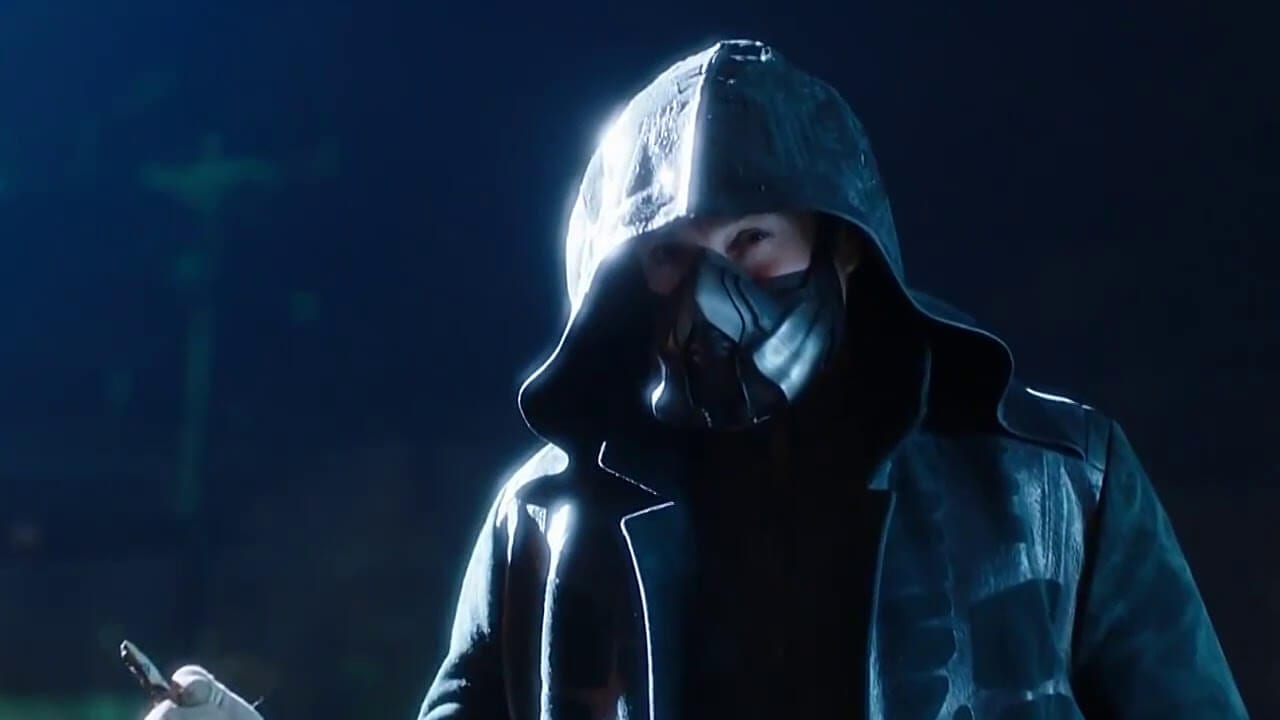 Season five’s Big Bad returns in “Seeing Red,” this week’s episode of The Flash. When last we saw Orlin Dwyer, he was turning tail after Caitlin/Killer Frost showcased a resistance to the effects of his meta-power-sapping dagger. With months having passed in show time, Orlin is anxious to see his adoptive daughter again, so he visits his contact from the Central City hospital at her home with the intent of her getting him in to see Gracie – which she assures him is impossible given the round-the-clock CCPD surveillance on the room. Instead, she reminds him that he has a job to do and gives him a list of registered metas for him to hunt down and relieve of both their powers and their lives. Orlin quickly gets to work and resumes his serial killing spree. Team Flash must contend with not only Orlin but also, upon discovery of his hit list thanks to Cecile, with the protection of the remaining metahumans on his list – a task made measurably more difficult given that none of them are particularly large fans of Team Flash, and the feeling is mutual on their end.

The central theme of “Seeing Red” is the lengths that a father will go to protect his daughter. This is exemplified in not only Orlin’s (misguided) quest to kill all metahumans following the disaster that put Gracie in a coma but also Barry’s own relationship with Nora. During an early encounter with the lightning-bolt-dagger-wielding serial killer, Nora is severely injured by a strike to the base of her spine, causing temporary paralysis from the waist down. Were it not for her connection to the Speed Force, this would have resulted in far more lasting consequences. The short-term effects, however, are showcased in a change in demeanor for Barry, who is livid about the suffering that his daughter is going through due to Cicada’s attack. Grant Gustin sells this surprisingly well (Iris’ own heartbreak at watching her daughter suffer is well-played by Candice Patton too). This manifests itself (in brilliant fashion) when he and Killer Frost take on Cicada later in the episode; with the anger welling up inside him, Barry sees red during the encounter and channels enough Speed Force power for the equivalent of three lightning strikes at once, according to the team monitoring his suit at S.T.A.R. Labs. Barry Allen has always been a bit of a boy scout, albeit not quite to the extent of Supes, but he is still human, and it is always refreshing to see a very human emotional response from him. Before Barry can strike down Cicada (putting a permanent kibosh on their bug problem), Nora arrives on the scene and holds him back from crossing that line between defender and executioner, her mobility finally having been revitalized. While I wouldn’t go so far as to say that this was a growing moment for the family, it did bring some clarity for Barry, in that he is now able to empathize with the anger Orlin feels over the injuries his daughter sustained and says that they need to try and appeal to his emotions as a father.

On the matter of Cicada: he needs to go. The last few episodes, which had shifted the focus to Nora and her working with a future, imprisoned Eobard Thawne, were markedly more interesting than Orlin’s killing spree because he’s mad, and were proof positive that he’s outlived his usefulness. I come from comics (though just plotting, in general, should be noted), and Cicada is a mere exoskeleton, a husk, of his character in the source material. The Flash has been running on its own path for five seasons now, so “creative liberties” are nothing new here; however, if you’re going to change something, it still needs to be written well – which this is decidedly not. The tired trope of “let’s make the viewers feel sorry for the villain” needs to go away for a good long while. It’s being used in everything lately, and far more often than not, it falls flat on its face. I can understand if he found out that the Flash destroyed DeVoe’s satellite and, therefore, was the indirect cause of his daughter’s comatose status and then harbored a grudge against Barry in particular. But to simply paint a broad swath of “I have to kill every single meta now” is not engaging. Speaking of engaging, Chris Klein’s performance outside of the costume and mask is nothing short of atrocious. Initially, I laughed and rolled my eyes, thinking he was trying to channel his inner Christian Bale Batman, but after “Seeing Red” his failed attempt at a deep and gravelly voice is so bad that it’s disengaging me from whatever is going on on-screen and removing any semblance of immersion in the world. It’s basically Christan Bale Batman if Christian Bale wasn’t even bothering to try. His facial expression also speaks more to requiring a laxative than being an angry serial killer. 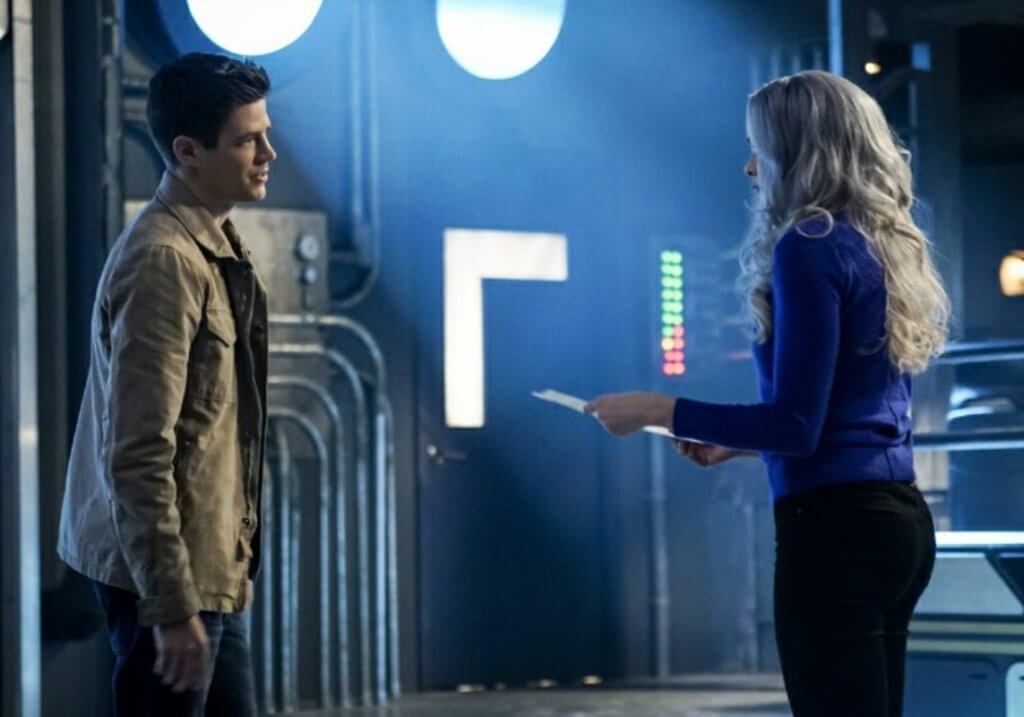 There’s an interesting subplot going on in “Seeing Red” as well. With Cisco off-site working on his metahuman cure, Caitlin attempts to help develop the power-removing serum from HQ. This is something towards which her cooler persona takes a hard aversion, as she worries at the chilling possibility (I’m sorry; too many temperature jokes?) that her warmer half would take the cure and then she’d be no more. There is a cool arc within the episode that deals with the two of them coming to a room temperature understanding that Caitlin has no desire to make Frosty go away and never will. Seeing Caitlin’s character progress to this point from preceding seasons is great fun to watch, especially when we get to watch her polar opposite (I’m done, I swear) personalities interacting. During the fight in which Barry nearly zaps the life out of Cicada, Killer Frost finally gets an opportunity to have her own solo fight scene, and I must say… it’s pretty cool to watch!

A small redemption arc takes place in “Seeing Red,” with Amunet Black henchman Norvok having a heart-to-heart in which he describes being a “good guy” at one point, but the night the particle accelerator exploded changed his life forever, and he started down the path of a villain. In the end, he puts the safety of the other metas in Cicada’s crosshairs ahead of his own as they all attempt to escape into protective custody. It’s minor, and given how much of a nuisance the character has been up to this point it feels a little hollow, but at the very least it ties up some loose ends from earlier in the series, and I’m OK with that. “Seeing Red” holds some highlights in the emotional performances of Candice Patton, Grant Gustin, and Jessica Parker Kennedy during their familial plight following Nora’s injury, but the continually worsening performance by Chris Klein is jarring and disengaging, and only cements my wish for the showrunners to just move past Cicada as the villain and focus on the legitimately interesting dynamic developing with Nora and Thawne.

This week could have been great, with some peak performances by the West-Allen family and engaging character arcs for them and Caitlin/Killer Frost, but tired tropes and a disengaging performance for the villain held it back.