REVIEW: The Flash – Season 5, Episode 21 “The Girl with the Red Lightning” 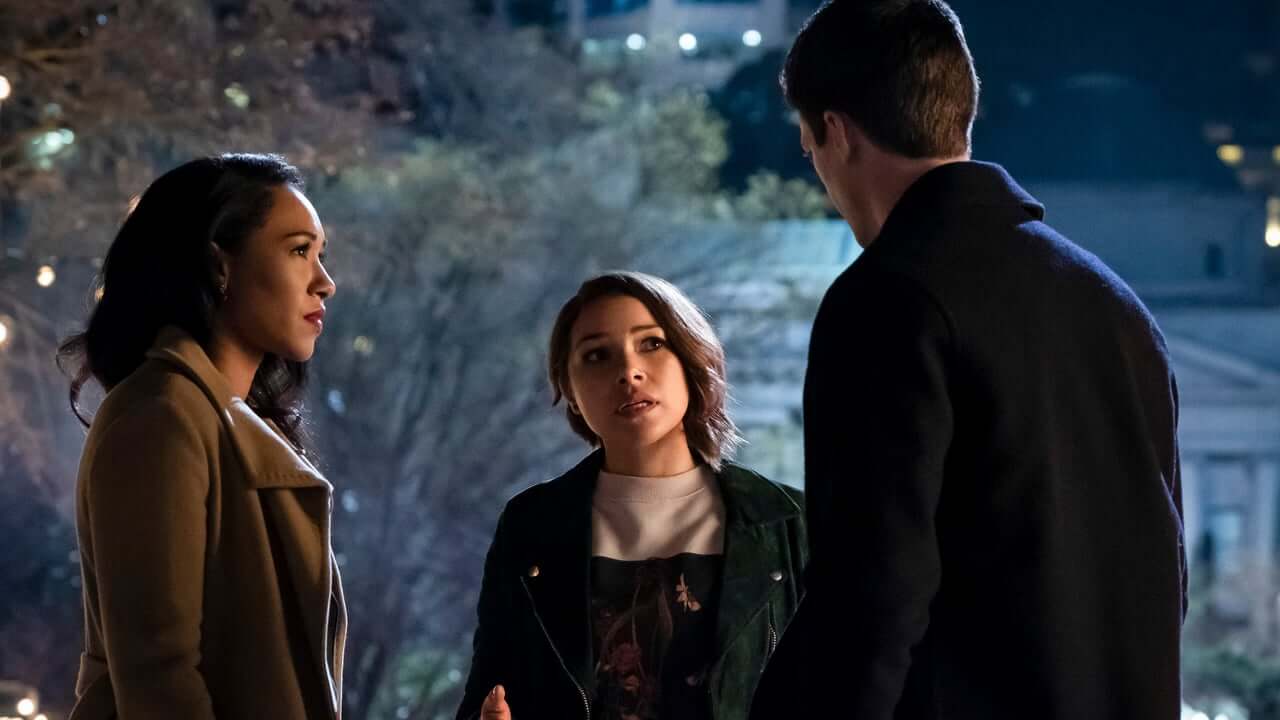 As typical for a penultimate episode, this week set up the impending season finale to have an immense amount to cover and wrap up. “The Girl with the Red Lightning” impresses upon our heroes the task of stopping Cicada II/Crazy Future Grace from murdering every metahuman in Central City, a job augmented to be measurably harder when they learn that she plans to use her uncle’s dagger to increase the dark matter output of the atomizer to such levels as to wipe out all metas state-wide. Team Flash must race to find where Grace is and what component she needs to complete the meta-killing device. Aiding in this endeavor is Nora, who still possesses some poorly explained psychic link to the serial killer. Though at first mom and dad are less than pleased with the idea of Nora risking her safety, as well as giving away their position (hasn’t she already broken into S.T.A.R. Labs once before…?), they eventually come to realize that they shouldn’t chastise their daughter for acting like a hero. In the meanwhile, the team needs a contingency plan in case they aren’t able to stop Grace from detonating the device. That Plan B comes in the form of administering Cisco’s metagene cure to every metahuman in Central City. If this sounds like a daunting task, that’s because it is, as Joe and Cecile soon realize when CCPD becomes flooded with the metropolis’ metas, desperate to not get killed by a psychopath.

Ralph finally brings up a great point in “The Girl with the Red Lightning,” with things not seeming to add up to reach the point in time where they are, and to bring about the future they’ve been led to believe exists. He suggests that Eobard Thawne has something else up his sleeve (though, as we see at the episode’s end, it’s more like tucked inside his jacket) and notes that events don’t seem to align in a way that would leave Grace with Orlin’s dagger. Barry and Iris think it’s an interesting point to bring up, but they’re in tunnel vision mode, focusing their efforts on shutting down the atomizer. Speaking of the metas of Central City, Joe becomes quickly overwhelmed by the swarm of panicked citizens anxious to take the cure and not end up dead. As one’s better half tends to do, Cecile reminds Joe that he’s been the moral compass and father figure to Team Flash for years now and that his heart has never led them astray before, so he need only follow that and he’ll be able to manage the situation at CCPD. Boosted and encouraged by Cecile’s pep talk, Joe calmly and sincerely reassures the nervous metropolitan metas that they will be able to administer the cure to everyone, but they need to be patient and going for each other’s throats won’t expedite anything positive.

In 2049, we see the Iron Heights guards getting Thawne prepared for his execution via the same shocking device that they have been using to torture the former Reverse Flash. “The Girl with the Red Lightning” finally (in some vague manner) confirms what most of us have likely been suspecting for some time now, and that is that Eobard Thawne is still Eobard Thawne, and he’s got something nefarious planned. Ralph, ironically enough, is the first one to piece together this notion, and following a fast-paced battle that pits him, Flash, and Killer Frost against a dual-dagger-wielding Cicada II that leaves the killer temporarily unconscious, calls for Barry and Cisco not to destroy the dagger. Now, why exactly this is important is a bit confusing, but in the waning moments of the episode’s airtime, we see the very same knife strapped to Thawne’s chest in the future. How it got there and what that has to do with the team attempting to destroy it in the present is beyond my scope of time travel understanding (honestly, it tends to cause more convoluted problems than it solves). But following Cisco’s successful deactivation of the cryo-atomizer device, he and Barry prepare to blast it with the mirror gun that Nora procured from McCulloch Technologies in the last episode as Ralph yells for them to stop. What does Ralph think he knows that the others don’t? I’ll admit, although I love Dibny’s character, I’m hard-pressed to buy into the idea of him grasping this situation better than the actual science-minded members of the team, tunnel vision or no, as it doesn’t seem very on-brand with his character. 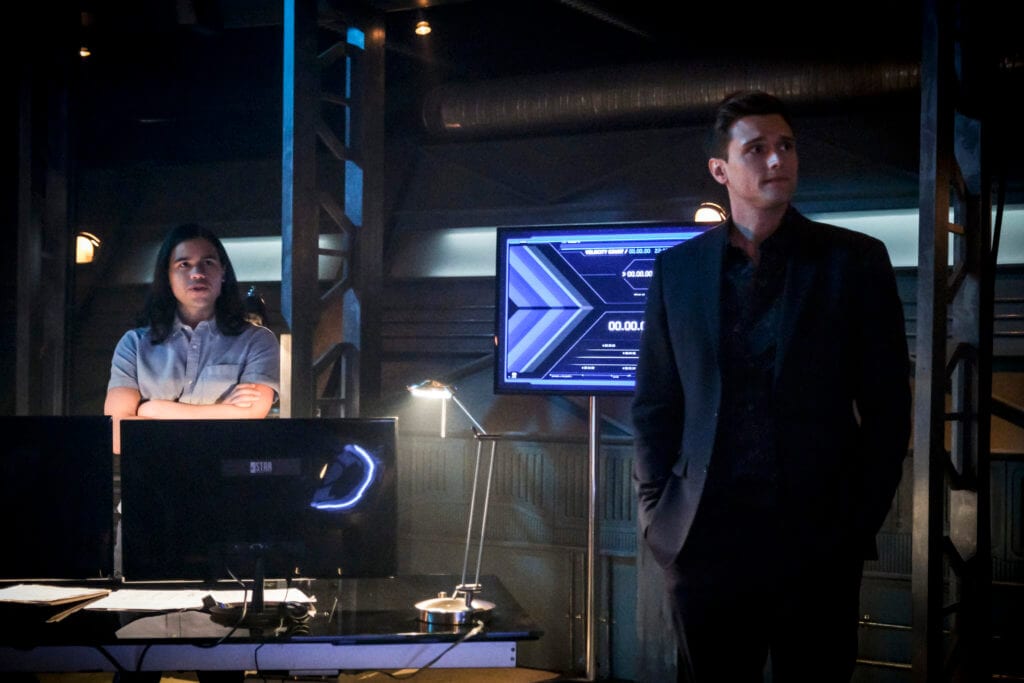 One more week to go and then we’ll have all of the answers. Right? Isn’t that how it’s supposed to work? We’ll see. I have this nagging feeling that Cicada II will just end up as a plot device, a tool that’s somehow been used by Thawne from the shadows all along. By all accounts, Eobard Thawne is not only the superior villain to any version of Cicada this season, but also clearly the series’ main antagonist, as everything inevitably seems to track back to his yellow-clad self, so I would be more than satisfied if the final confrontation is with him. With that being said, one persistent question I still have regarding the Reverse Flash is, does he genuinely care for Nora like a daughter he never had? Iris mentioned a couple of weeks prior that she’s only ever seen one other person look at their daughter the way Thawne did in the future, and that was Barry – her father. The pressure is on, as Team Flash will likely have not one but two big bads to contend with in the finale!

This season's second to the last episode provided a lot of setup for the closer, but the question still remains of whether or not that closer will be executed in a way that is satisfying. By all accounts, "The Girl with the Red Lightning" was a solid airing, a blend of emotional, character, and plot development. The tools are there, but is there enough time left to use them?