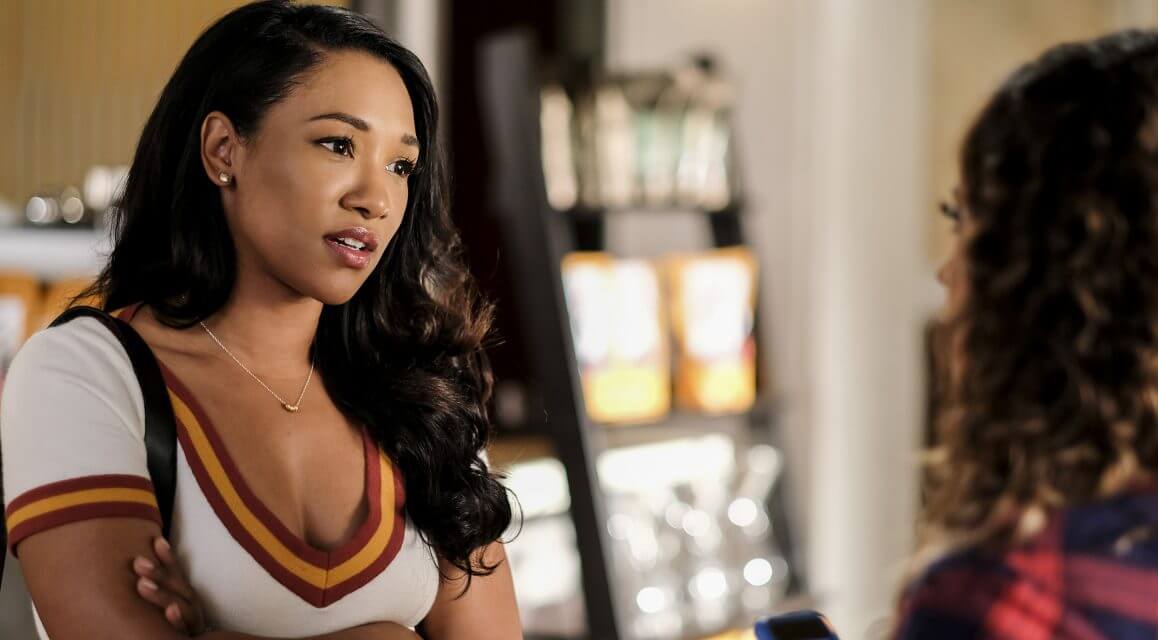 The Flash changes course in the fourth episode of this season, “News Flash.” From a “villain-of-the-week” perspective, it feels like your average, “person with a pre-existing penchant for being a jerk (or insert female-specific equivalent thereof) gets ahold of some metahuman powers in some way, shape or form and does bad things.” The pacing of “News Flash” feels on par with other episodes of a similar vein. That said, the show took to a downward slope this week, and I found myself interested in pretty much everyone’s stories except for the West-Allens – Barry, Iris, and, most especially, Nora – but I’ll come back to that after some set-up. The team is tasked with tracking down the culprit behind people losing control of themselves through some form of mind control. The instigator of these hypnotic instances is a young woman named Spencer Young, a former colleague of Iris’ while at CCPN. Unlike past villains, she did not directly receive metahuman powers from a given event, such as an exploding particle accelerator, dark matter explosion, etc. Rather, her cell phone was struck by the energies unleashed when Barry and Nora destroyed DeVoe’s satellite during “the Enlightening.” While on the subject of the satellite’s destruction, our heroes additionally learn exactly why the serial killer Cicada is not David Hersch in this timeline, as it was in every other world in which Sherloque Wells solved the mystery surrounding the deranged metahuman murderer. It all goes back to Nora’s presence in this time; upon her striking the satellite with Barry, the piece of it that would have formerly hit David Hersch instead hit another, which resulted in the identity change. 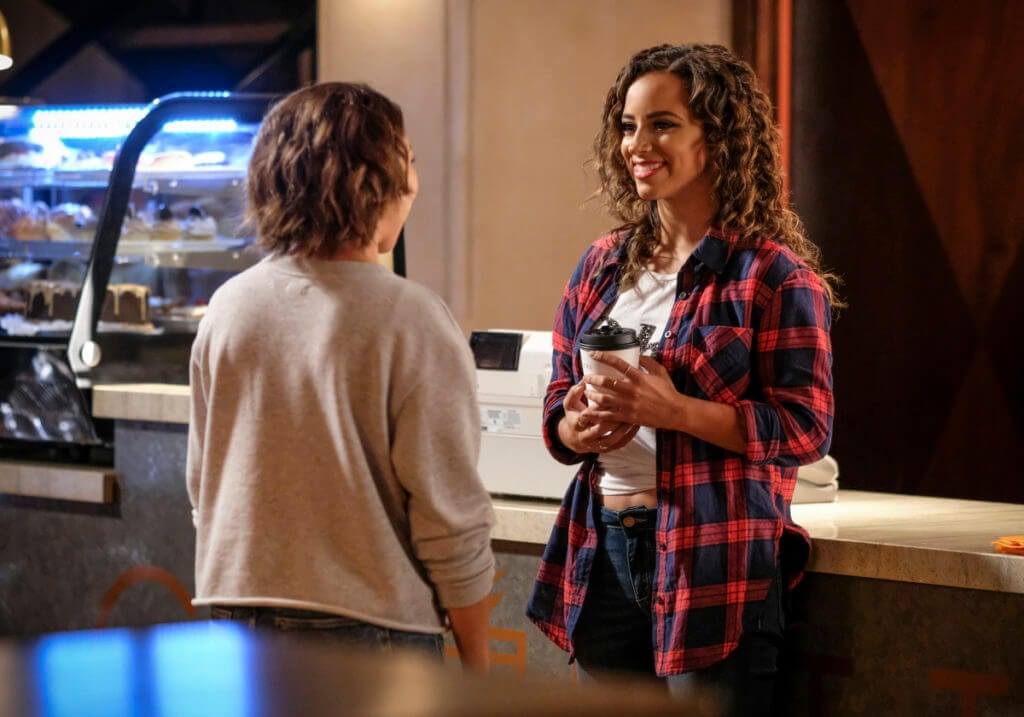 The night of the Enlightenment is when Spencer Young’s phone was charged with dark matter and became metahuman tech, a new concept for the show (if a bit campy). In “News Flash” she uses this technology to alter the mental state of individuals by apparently changing the code within their minds via literary ques; she will type a headline on her phone and transfer it to another screen for someone in particular to see and then perform the action she wrote – thus allowing her to create her own headlines by causing problems and then having them solved by her mind-controlled puppets in a single turn. This playbook only works for so long, however, as Spencer isn’t fore-thinking enough to realize that publishing her articles on her self-caused events before the event itself even happens, or far too soon after to be conceivably legitimate, is a sure-fire way to be under suspicion. And, naturally, that is precisely what happens; Iris, a well-established journalist herself at this point, picks up on the shady nature of her fellow headline hunter’s time stamps. For the first time in a long (and I must emboss the word “long”) time, I found myself rooting for Iris over anyone with whom she was in opposition in “News Flash.” Her character placement in this season feels natural, and she is, for the first time, a relatable young woman in this world. The same can’t be said for her future daughter in this episode, as they put Nora’s maturity into full-on reverse. Her initial beef with Iris comes from the revelation of why she’s been so cold towards her mother since arriving in the present – and it goes beyond just wanting to spend more time with her dad while he’s still alive. Nora reveals to Iris during an emotional argument that, in the future, Iris has a power dampener surgically implanted into her at a very young age and that Nora went her whole life up until only several months ago without the knowledge of her powers. This creates an interesting dichotomy between the West-Allens for the viewer, but unfortunately, Nora’s logic behind being angry with Iris in the present just doesn’t work. Firstly, she’s mad at her for something that she hasn’t even done yet, which is akin to being angry with a significant other over the future possibility of them being unfaithful as opposed to trusting who they are in the present. Secondly, she immaturely fails to see the logic that Iris may have followed in doing so in the future. Think about it: she just lost her husband from these powers in a massive crisis event (Crisis on Infinite Earths? Seems that may be the case) and now her only child has the same powers. I’m not a parent yet, but I can imagine being terrified for my child’s life following that sort of thing.
My issues with Nora don’t end there; not nearly, in fact. Nora’s overall maturity as a character continues to slope downwards throughout “News Flash,” and she continually argues with both Barry and Iris when they tell her that she should stay away from villainous headline huntress Spencer Young, as they don’t trust her. But their daughter refuses to listen and continuously shows an inexplicable infatuation with the journal jockey. This leads into another, perhaps controversial, gripe that I have with “News Flash,” and that’s the (admittedly) apparent decision to write Nora as a gay character. I’ll preface the rest of this with a Seinfeldian “Not that there’s anything wrong with that;” however, the CW has now shown their true colors in this matter and continue to cheapen their characters by reducing any given group of people to little more than a checkmark in a box for them. This well-supported feeling stems from the state of the other CW DC shows, and it strikes me as more than a tad coincidental that both Barry’s daughter and Oliver’s son are written to be gay without any true necessity or even a reason – they just are. And again, I honestly don’t care if a character is or isn’t (beyond changing well-established ones); however, the CW clearly doesn’t either, and I’ll refer back to a Supergirl Season 1 statement by media tycoon (and all-around awesome character) Cat Grant: “You look like the attractive, yet non-threatening, diverse cast of a CW show”. I laughed my face off at that quote then, and it hits home all the more now with the direction each Arrowverse show on the network seems to be going with a number of their characters. Box-checking doesn’t make for good characters or stories. Do what actually makes sense. 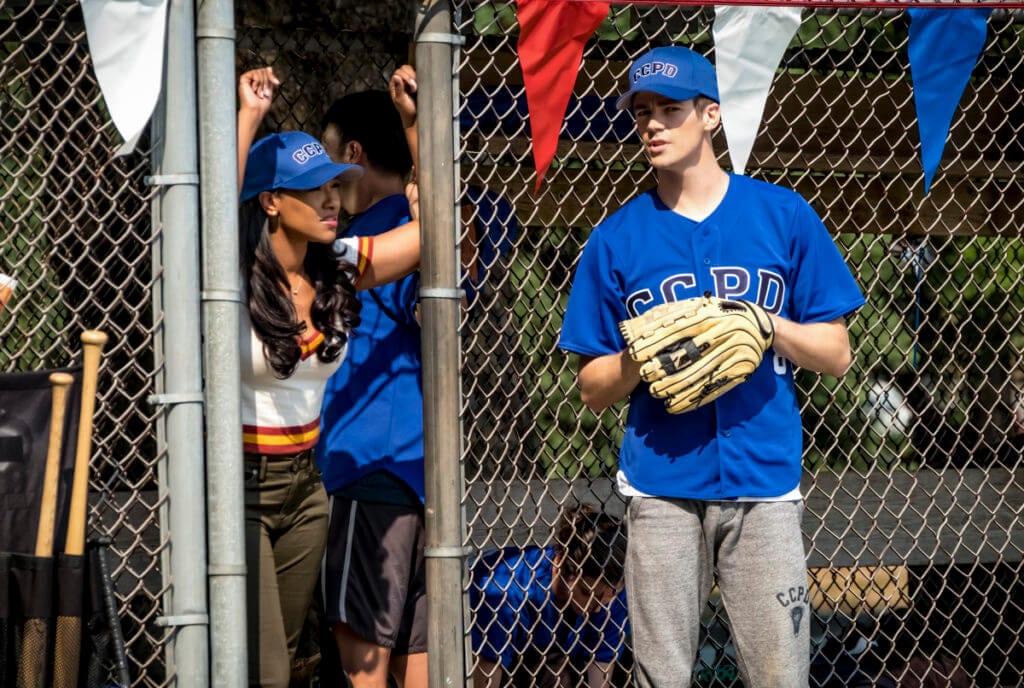 Despite the irritating nature of the “mean girl” arguments between Iris, Nora, and Spencer, one excellent thing did come out of “News Flash” with regards to the West-Allen family, and that’s unison between Barry and Iris. When Nora is yelling at Iris after the going-to-be-widowed mother stands by her future self’s decision to dampen her daughter’s powers and keep them secret from her, the upset teen attempts to get her father on her side against Iris. But Barry actually stands by his wife and defends her as a unified parental unit (imagine that), stating that he knows the quality of the woman and future mother that he married and knows that she wouldn’t have made that decision if she didn’t feel it was truly the right thing to do at the time. This was, again, a moment where I found myself rooting for Iris (keep this up, CW; I actually like Candice Patton a lot as an actress – play her to her strengths), and there were a number of other similar instances throughout the episode when I was Team Iris while a decidedly disrespectful Nora talked down to her mother over the traction that Spencer Young’s mobile news app receives compared to her blog site. There are also great interactions between Ralph and Sherloque Wells, wherein the multiverse-traversing detective admits to the quality of Ralph’s instincts while they hunt for information regarding the location and identity of Cicada. I am really enjoying this side story because Ralph’s character was in need of some more development and it feels natural to pair him with a man of a similar profession that also requires his own revelations to the audience. “News Flash” presents minimal action and is far and away the most drama-laden episode thus far in the season (not that we’re too far in), but the action that is displayed with a mind-controlled Nora attempting to kill her father in the very stadium he encountered Reverse Flash in the first season is adequate and nothing to write home about. I’m hoping that the weeks to come bring with them far more character growth, equivalently less CW drama, and more action, as the show needs to pick up the pace following this week.

The CW slides backwards with an unbalanced level of high school girl type drama, and misdirection for a number of characters. The saving grace for the episode comes from a refreshing unity between Barry and Iris, a strong direction for Mrs. West-Allen, and an entertaining development with the characters of Sherloque Wells and Ralph. When the baton is passed to the next episode, hopefully the show will shift into a higher gear and we'll see some real action.