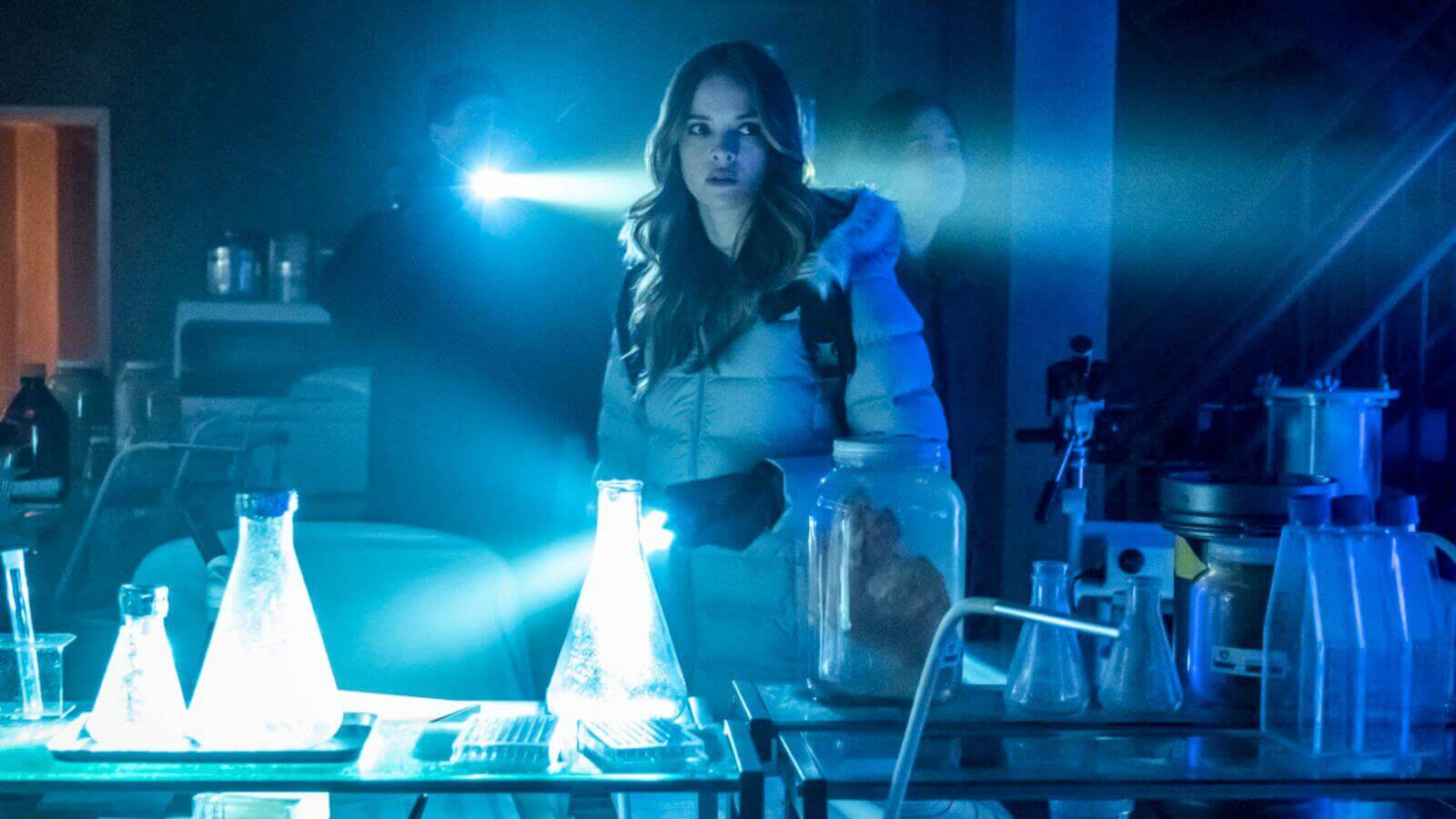 The lineage theme that has permeated season 5 of The Flash once again comes to the fore in “The Icicle Cometh,” a lower-key episode that’s more about character development than superhero action. While Caitlin’s subplot takes center stage, more is still revealed about Cicada, and Nora’s relationship with Iris grows. A certain character continues to feel extraneous and drags down her unnecessarily complicated story, but “The Icicle Cometh” survives this drawback and remains a heartfelt episode of a show that has more heart than entire networks do.

Barry and Cisco help Caitlin find her missing father. Iris and Sherloque investigate the origins of Cicada’s power-stealing dagger. Ralph and Cecile meet resistance when they attempt to determine Cicada’s identity. Seeing Iris in a new light, Nora tries to bond with her mother. Chamomile tea is drunk.

The opening scene of “The Icicle Cometh” is a great one. An ordinary-looking girl walks out of Jitters but finds herself face-to-face with Cicada in the parking lot. She quickly morphs her arms into blades T-1000 style and fights him off, but soon falls prey to the lightning dagger. So far, we’ve seen Cicada go after characters we know, even if they were only one-off villains. This scene establishes that he’s killing metahumans while we’re not looking; his murder spree is going on in the background as Barry is trying to find him and stop him. It also offers our first clue to what “The Icicle Cometh” will later reveal about Cicada, when he tells the girl she shouldn’t exist. Finally, it’s an exciting way to start what will be a slower episode, grabbing our attention so we’re glued in for the drama to come. 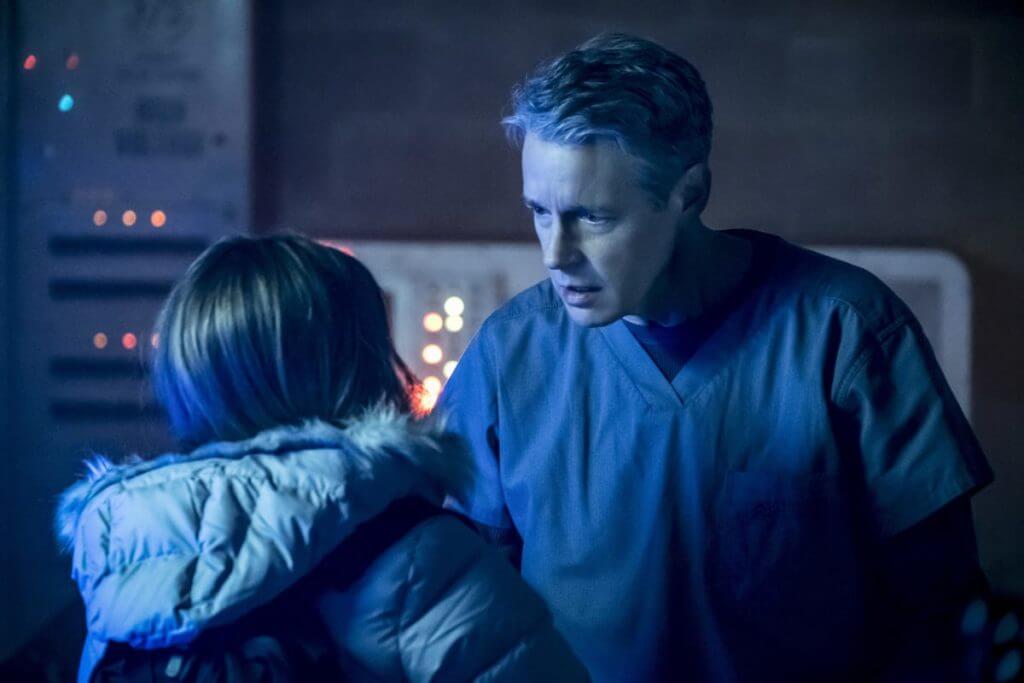 The rest of “The Icicle Cometh” deals with parents and their daughters. Most prominent after spending several episodes on the periphery is Caitlin’s search for her father. As the supporting members of Team Flash hunt down the season’s big bad, original gangsters Barry, Caitlin and Cisco remain behind (somewhat conspicuously, Caitlin points out) to track down Thomas Snow. Using the satellites Cisco repurposed last week, they trace Thomas to an abandoned facility in Antarctica, which they reach in about ten seconds thanks to science fiction. The reunion is touching, with Thomas handing his daughter a perfectly acceptable explanation for his absence and his cryptic means of asking for her help – he has ALS and was performing experiments with ice to try to cure himself. (Is this an ice bucket challenge reference? If so, timely.)  Soon, everyone is back at STAR Labs, ready to catch up on lost times.

Of course, that isn’t all she wrote. Thomas begins having medical problems, the result of his experimentation, and Caitlin and Barry figure out a way to cure him, expunging the cold remnants from his body. Cisco is the holdout, however; after a suspicious vibe back to the Antarctic facility, he doesn’t trust Thomas and thinks everything he’s said is a little too convenient. This causes the conflict; Caitlin is too excited to finally have her dad back to see clearly, and Barry’s head is in the clouds because of Nora’s sudden appearance, leaving Cisco to be the rational voice among the best friend trio. Sure, this is tropey and expected, but it’s an effective device to examine the characters. Caitlin has spent her whole life with a mother who’d just as soon love her from afar and a father she thought was dead; she can’t lose him now that he’s finally back. And Barry, being Barry, is so eager to share the joy Nora has brought him with his friends that he won’t consider that not every family is as happy as his. Cisco, on the other hand, has neither of these hang-ups; he’s lost family that will never come back, and his remaining relatives are not exactly prizes. He notices his friends’ blind spots immediately, just as he can see through Thomas’ perfect dad demeanor.

The answer, of course, is trust. When Barry confronts Cisco about his suspicions, Cisco makes him see his own bias. In turn, Barry is able to get Caitlin to consider things from Cisco’s perspective, and that’s how they deduce that Thomas isn’t on the level. The Flash, despite its stumbles, continues to be a smart show where its characters are concerned, and while Barry and Caitlin do make mistakes, they don’t act like idiots. Once Cisco levels with Barry, Barry gives him the consideration he deserves, and he knows how to talk to Caitlin so that she’ll do the same. For Caitlin, it illuminates not only that she has friends who’ll always have her back, but that they’ve been her family all along, never more so than when she thought she had none. And in the fight at the end, when everyone else is incapacitated, Caitlin is able to do the same for them. Even this is symbiotic, though; her love for them, and theirs for her, is what allows Caitlin to bring back Killer Frost, whom she thought was lost forever, just like her dad. Now, with everyone’s help, she’ll get another chance to save her father from the monster trying to destroy him. All three actors are terrific, and while Danielle Panabaker gets the meatier role in “The Icicle Cometh,” Grant Gustin does equally wonderful work with a more subdued part.

Elsewhere in “The Icicle Cometh,” Nora switches gears and follows her mom around, wanting to learn some investigative reporter skills from her new hero. (Again, how great is it that they show the maturity of the characters by having Barry smile at Nora doting on Iris for a change instead of childishly resenting her fickle adoration?) Iris is expectedly stoked, but once they’re at the scene of the disaster, Nora realizes there isn’t much for her to do. This is another well-constructed plotline because, while our focus is on Iris and Nora, it’s actually Sherloque who develops the most. He initially doesn’t want Nora to come along because he knows she can’t help. Once they’re in the field, though, his detective skills pick up on Nora’s desire to be with and learn from her mother, so he devises a way to search for the clues they need that requires Nora to use her powers, but in a way only Iris can teach her to do. Slowly, the all-business Sherloque is becoming a decent person, and this week’s step is helping a mother and daughter bond. At first, I wasn’t completely sold on Sherloque Wells, but as he grows and Tom Cavanagh subtly reveals his humanity, I’m warming to him. 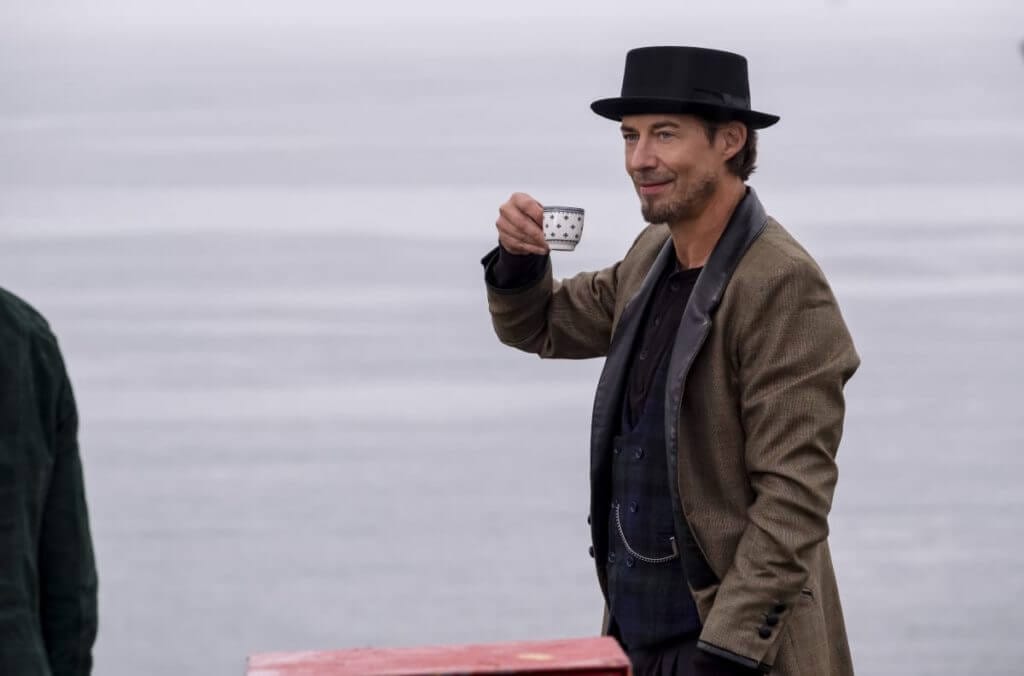 The third leg of the plot tripod in “The Icicle Cometh” belongs to Ralph and Cecile as they try to get some information from a FEMA employee. This is filler; we don’t need to see a convoluted story about how they got a list of disaster victims, especially one that runs through an entire episode. I think this is an indication of how they’ll be using Cecile for a little while too; she’s the substitute for Joe, as Jesse L. Martin is sitting out a few months of production due to an injury. Unfortunately, Cecile isn’t nearly as good a character as Joe, and her attempts at humor amount to exaggerated mugging for the camera. The one good thing about this too-long subplot is that it highlights how far Ralph has come this season. Last year it was he who was the goofy hanger-on you wanted to just shut up already. Now, he feels like a valuable member of the team. He’s funny, but not in a look-at-me circus clown way, and I enjoy him much more than I did in season 4; with better material, Hartley Sawyer is proving that he has more to offer than his resemblance to the character’s comic book incarnation. The FEMA guy telling Cecile that her threats don’t work on someone who knows the law is perfect too. (“My country is bigger than your town.” Got that right!)

Finally, there’s Cicada. A nice wrinkle to his arc is that a nurse at the hospital is covering for him, making it more believable that he’s able to keep his identity a secret. Through some dialogue between the two, “The Icicle Cometh” reveals that Cicada wants to kill all metahumans, blaming their very existence for his daughter’s injuries. The nurse is helping him because, in light of the many casualties she sees as a result of Central City super-battles, she’s inclined to agree with him. This is a dark mirror to Caitlin’s dynamic with her father. Thomas Snow became Icicle as a result of his attempts to save himself – and created Killer Frost while trying to save Caitlin – and Cicada became a supervillain to get revenge for his daughter, as well as to prevent what happened to her from happening to other little girls. Both misguided endeavors were fueled by a father’s love. Chris Klein hasn’t done much outside of grunt in pain and fight metahumans so far, but he’s an intimidating physical presence as Cicada, and I’m curious to see how well he’ll emote when he gets a larger role.

“The Icicle Cometh” isn’t going to be remembered among the greats, but it’s a strong character-building episode that advances several of the season’s plots and elicits good performances from most of the cast. An unnecessary detour and Cecile’s grating attempts at comedy drag it down a bit, but The Flash is mostly back on track in its fifth season.

The Flash - "The Icicle Cometh"

“The Icicle Cometh” isn’t going to be remembered among the greats, but it’s a strong character-building episode that advances several of the season’s plots and elicits good performances from most of the cast. An unnecessary detour and Cecile’s grating attempts at comedy drag it down a bit, but The Flash is mostly back on track in its fifth season.