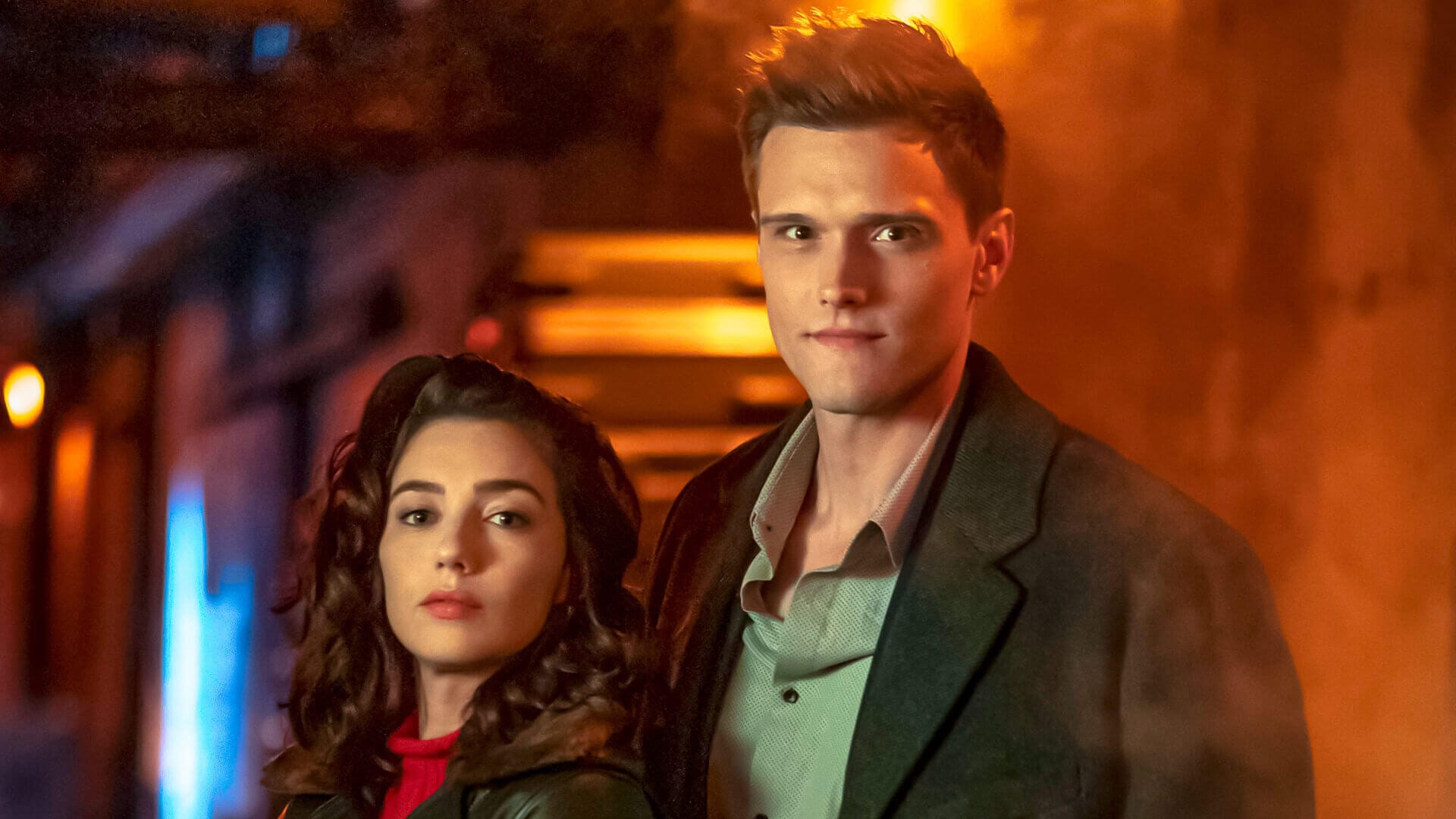 While not as bad as last week’s bummer of an episode, “A Girl Named Sue” is even more of a letdown than “Love is a Battlefield” because it makes you wonder if the excellent “Marathon” was a fluke and the remainder of this season is going to be rife with boring characters, dull plots, and unearned – not to mention obnoxiously in-your-face – girl power. As the title suggests, one of the mysteries teased at the beginning of the season gets some resolution, and it’s both unsatisfying and shockingly dripping in envy of DC’s illustrious competition.

Ralph gets a lead on Sue Dearbon’s whereabouts, but he soon finds he’s investigating much more than a missing girl. The Iris clone asks Barry to help her get ahold of a potentially dangerous weapon, and he finds himself torn between trusting his wife and wanting to protect her. The real Iris looks for a way out of her newfound prison. Nash tries to find the source of his visions. Joe has things to do for a change.

“A Girl Named Sue” begins with Iris trapped in the world behind the mirror (which is, apparently, just a messy lab), desperately calling out to Barry as he snuggles on their couch with her imposter. She soon learns she’s not alone, though; a woman Iris deduces is Eva McCulloch is also lost in the mirror universe, as opposed to being dead. In their early scenes, Eva is a good contrast for Iris. She’s frazzled and hopeless, while Iris is logical and determined to escape. Eva is more capable of finding a way out than Iris is, but Iris believes they can get back home and pushes Eva to renew her faith in herself. It’s a strong setup, though it’s marred by Eva’s inconsistent characterization; depending on the scene, she’s either crazy or completely rational, and while this would have worked if the changes happened because of Iris, it’s more because the plot needs her to be different things at different times. Eva does fill in a few blanks, though, like how Iris has a double on the outside. Warts and all, this is the best part of the episode.

That’s unfortunate, because Ralph finally locates Sue Dearbon in “A Girl Named Sue,” discovering early on that she’s rented an apartment in Central City. What he finds when he knocks on her door is… well, nowadays I guess you’d call it “subverted expectations.” Sue Dearbon is a Jessica Jones rip-off, and not vaguely; she wears the same outfit as Marvel’s sassiest PI (with the one exception being that she has fur lining the collar of her leather jacket instead of a scarf so they can pull a JJ Abrams and pretend it’s totally original), she has the same tough-girl attitude (she’s hard-drinking for no other reason than that Jessica Jones is hard-drinking), and she can throw around guys three times her size like they’re paperclips. The idea is that, while Ralph spent all this time trying to save Sue, it turns out she doesn’t need anyone to rescue her because the Arrowverse is basically that new Charlie’s Angels movie nowadays. This doesn’t work at all. First, it renders Ralph’s entire subplot this season meaningless, at least in terms of his character development. And second, Sue’s whole persona is not believable for a moment. Her hard-boiled personality is as inauthentic as her pilfered fashion sense, with her every “look how tough I am” line feeling as forced as Jessica Jones’ do natural. And her physical prowess is ridiculous because, unlike Jessica, Sue has no superpowers; she’s just a 90-pound-if-she-ate-a-lot-today girl kicking huge guys on their heads while Ralph gets pummeled like a Shemp. (It never occurs to him to use his Elongated Man superpowers, for some strange reason; he uses them about five minutes later, though, so it wasn’t to protect his identity from her or anything like that.) Things look up later in “A Girl Named Sue,” when she reveals she’s been playing Ralph all along, but by the end, we realize she’s not actually evil and is investigating Black Hole as well, so all will soon be forgiven. I’ve learned since that Ralph and Sue are a thing in the comics, so I guess this is supposed to be cute, but I don’t buy the attraction they’re trying to convince us exists. 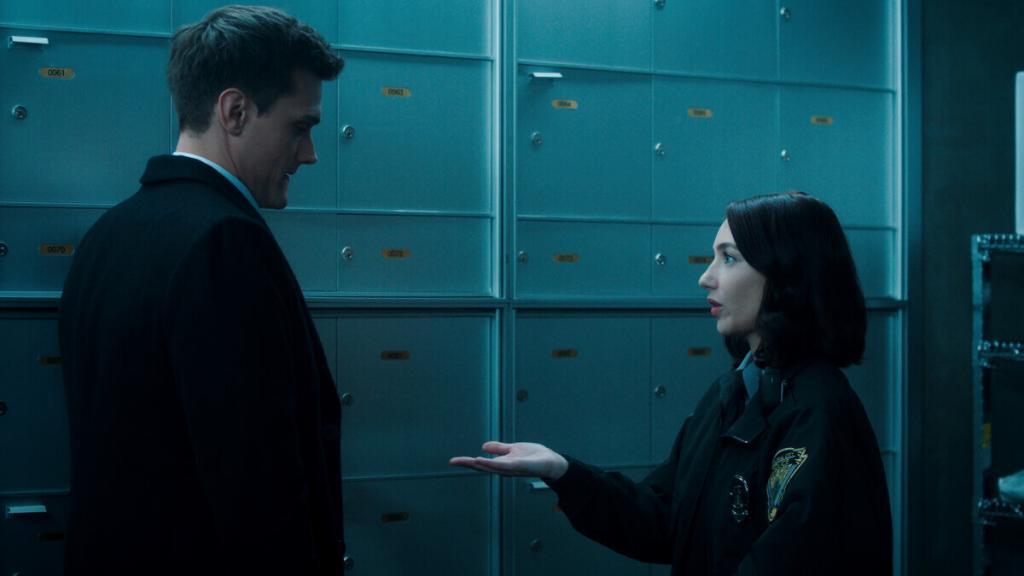 Nothing else in “A Girl Named Sue” holds much weight. Barry doesn’t want Iris to get herself killed, but he’s not sure if it makes him the patriarchy to not trust her with a dangerous superweapon that she wants him to steal for her. If they weren’t as afraid of their own woke shadow as they are, they could use this as an insightful commentary on gender dynamics in the current era, but it’s dropped as soon as it’s brought up, so there’s no danger of seeing that degree of balance on one of Greg Berlanti’s shows. It’s nice to see Joe have a bigger part than he has in a while, and I enjoy seeing how uncomfortable he is with being deskbound now that he’s a captain. There isn’t a whole lot to their conversations, but it’s still comforting watching Barry go to Joe for guidance. Fake Iris’ true intentions are a mystery; Eva’s explanation for her existence leads one to suspect she’s not evil, but there’s something decidedly sinister to the tone of her scenes, particularly when she’s procuring the weapon. I’m fine with it being muddled right now, and I don’t mind this part of the show being a slow burn, at least for a while. Nash is barely around, but his visions of another Harrison Wells – who is confirmed to be Harry from Earth-2 when Nash takes his journal – are tantalizing, if only because they keep other versions of Wells in play following Crisis. Like with Fake Iris, there’s a creepy quality to the visions, which raises the question of whether it’s really Harry he’s seeing. Maybe it’s Eobard Thawne, and Crisis has trapped him somewhere; maybe it isn’t Wells at all. This is another plotline I’m glad to let trickle out over the course of the season, which I hope gets better from here.

“A Girl Named Sue” is another lifeless episode, with some faux girl power at the expense of one of the main characters, and a strange rip-off of a Marvel show. Iris’ segments are good, and the mysteries that remain continue to fascinate, but The Flash needs to pick up again fast.

The Flash – "A Girl Named Sue"

“A Girl Named Sue” is another lifeless episode, with some faux girl power at the expense of one of the main characters, and a strange rip-off of a Marvel show. Iris’ segments are good, and the mysteries that remain continue to fascinate, but The Flash needs to pick up again fast.