"Past, present, or future, you can't run from me." 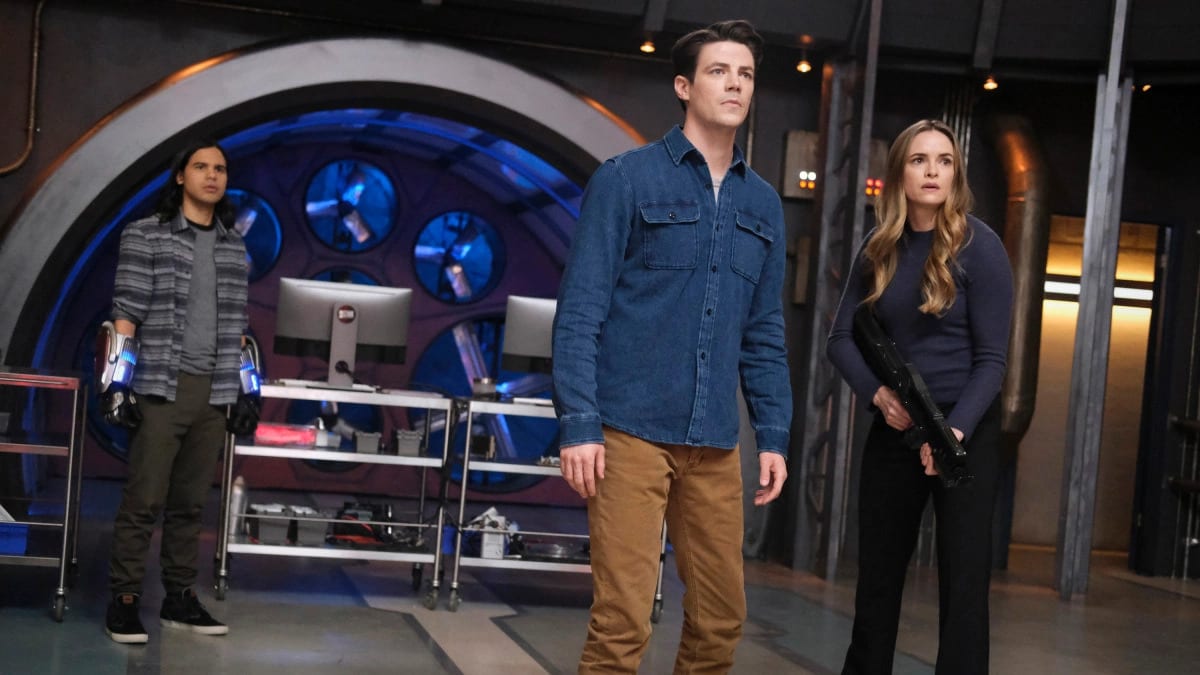 Last week, The Flash took this season’s stalling story in a welcome new direction, but “Family Matters Part 1” warns us not to count our chickens before they’re hatched. It simplifies a complicated theme, wastes time with a tired plot point, and has characters make strange and, in some cases, downright dumb decisions to belabor its new love of avoiding confrontation.

When Psych emerges and targets rich people, Barry fast-tracks Alexa’s training so she can help him confront the Sage Force. Iris investigates Psych’s victims looking for a connection. With Frost locked up, Kristen Kramer broadens the scope of her crusade against metahumans while Joe tries to rein her in. Cisco contemplates a new life with Kamilla.

With no “previously on” clips or preamble of any kind, “Family Matters Part 1” begins immediately where we left off last week, with the Speed Force confronting Deon. But things go differently than we expect because she doesn’t want to kill Deon; she wants to enlist his help. This has a lot of potential because now the villain is using the good guys’ favorite new tactic against them. They’re convinced that everyone can be persuaded to join the light side of the Force, but what happens when evil does the same thing? I hope this is explored further as the season goes along because it’s a great new development. Unfortunately, this is the best the episode gets.

The notion of convincing those doing evil of the error of their ways is so heavy-handed and pervasive in “Family Matters Part 1” as to be laughable. Remember last week, when Iris tried that with Psych and realized it was a mistake and that some people can’t be reached and need to be stopped, and how that added nuance and complexity to the issue? Well, we’re just going to pretend that never happened now because Iris is gung-ho about reasoning with him again. And to clear the muddy waters, we find out that even though he’s attacking innocent people for his own selfish reasons, it’s totally okay because Psych isn’t actually killing anyone. This is idiotic; he’s hunting down all of his old friends just so he can hospitalize them? Is his ultimate scheme to make their health insurance premiums go up slightly, as if this would matter to billionaires? The truth is, no thought was probably put into this beyond making Iris’ determination to “save” him feel less than ridiculous. So now Psych is working with Team Flash, and all is forgiven. Swell.

To get to that point, Barry has to team up with Alexa, whom he and Iris saved at the end of “Timeless.” But first, he’s got to train her to coexist with her Strength Force alter ego, Fuerza, and that comprises most of Barry’s busy work in “Family Matters Part 1.” I call it “busy work” because not only is this familiar territory but it’s rushed to the point where it doesn’t actually happen. Barry doesn’t do anything to train Alexa besides locking her in some kind of force field that doesn’t hold. The point is supposed to be that Barry is pushing her too far instead of taking the time to adequately train her, and he needs a lecture from Caitlin to set him straight. However, this lesson is invalidated almost immediately when, without any new training, Alexa decides to go into action as Fuerza. To sum up, Barry had to learn yet another lesson he already had in seasons past, only to find out that he was actually right, even if the show wants to make the point that he was wrong. This episode is not up there with the best of The Flash. It isn’t helped by how awful the Fuerza CGI remains; they’re clearly going for a Hulk vibe – down to copying the arc from Infinity War and Endgame – but the visuals are so bad that it falls flat even before the poor plotting. 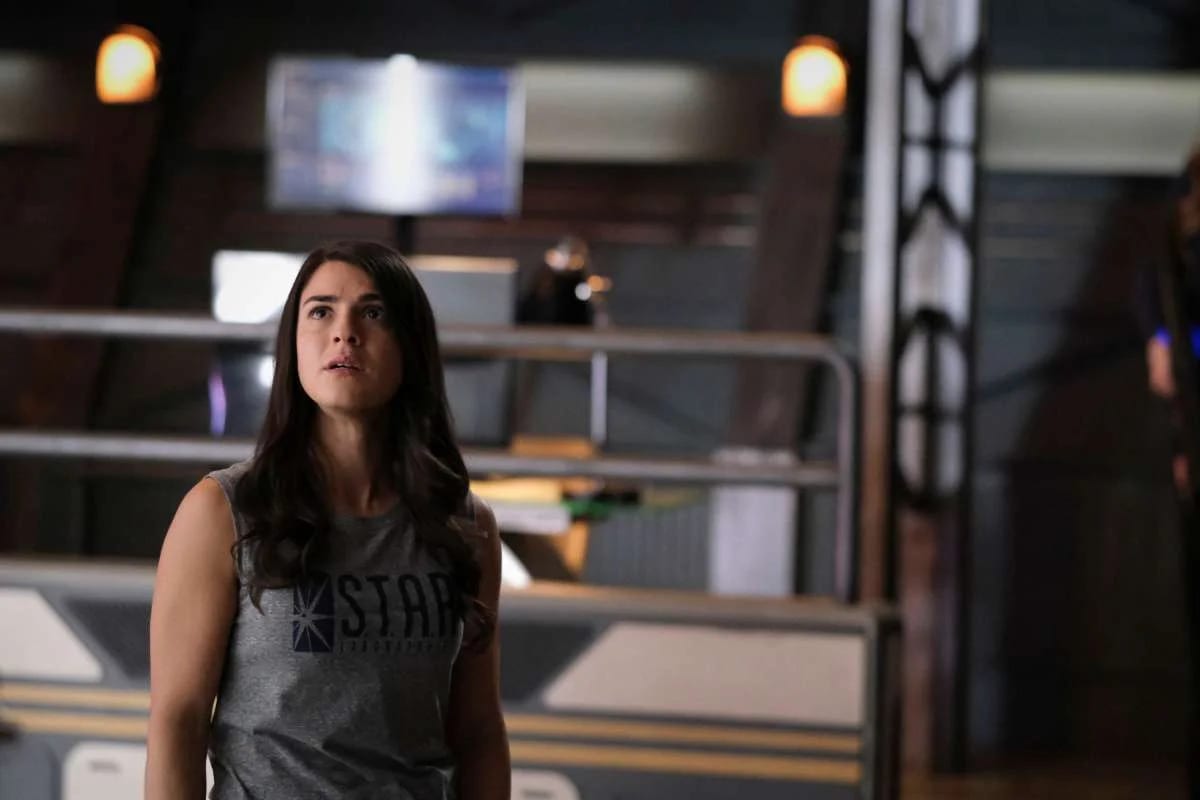 The business of reasoning with your enemies extends to Joe as well. He’s summoned to Kristen Kramer’s office early in “Family Matters Part 1,” and she asks him about some missing metahumans that the police department doesn’t seem overly invested in locating. This is, theoretically, a good thread; Joe and the others have had to cover up a lot of the actions and whereabouts of different metahumans, both good and evil, over the years, and it makes sense that someone eventually had some questions about it. And while we’re instinctually opposed to Kramer because she’s giving our favorite characters a hard time, she’s not wrong to be suspicious. But, in an escalation of her attitude and methods from “The People v. Killer Frost,” Kramer is now weaponizing the metahuman cure for use in combat situations. This raises tons of ethical questions, like whether she should have the right to force a medical procedure on someone unilaterally or why she, in particular, should be trusted with that authority. But instead, Joe talks about de-escalation, which is the wrong direction to go when discussing how to deal with people with superpowers. This feels like the recent trend of trying to replace police with social workers, and if that were the argument, I think I’d side with Kramer. And, being one who practices what he preaches, Joe rejects his idea of trying to stop Kramer directly and just quits his job. Can you imagine someone in his position picking up his ball and going home at the first sign of resistance? Without him around, doesn’t she have less opposition to her indiscriminate curing? And what about Barry, whom Kramer said she’d be harassing about the metahuman disappearances? Isn’t Joe leaving his son in the lurch now? I’m convinced they did this for the visual of Joe walking out while the symbol of the Central City Police Department hung in the background, and that’s a shame because they sacrificed the story and a major character’s intelligence for it.

Nothing else in “Family Matters Part 1” amounts to much. Cisco is leaving, and they’re drawing it out to make it hurt more. His story about Psych making him see himself working at STAR Labs in his old age while the others had moved on is lamer than a Lifetime movie marathon, and it’s compounded by Kamilla nagging him to find a job he wants to do elsewhere. If they insist on getting rid of Cisco – or Carlos Valdes wants to leave; I’m not sure whose idea this was – they could at least give him a compelling reason, not just “It’s time for me to move on to some ambiguous next step I feel I have to take for reasons I can’t articulate.” Psych’s real name is revealed, and it doesn’t matter because he’s no one we knew. And the Speed Force looks like she killed Iris, Psych, and Alexa, but we know she didn’t because of course she didn’t (or, if she did, they won’t stay that way for long). That’s the big cliffhanger for Part 2 next week, and it lands with the impact of a wayward feather. 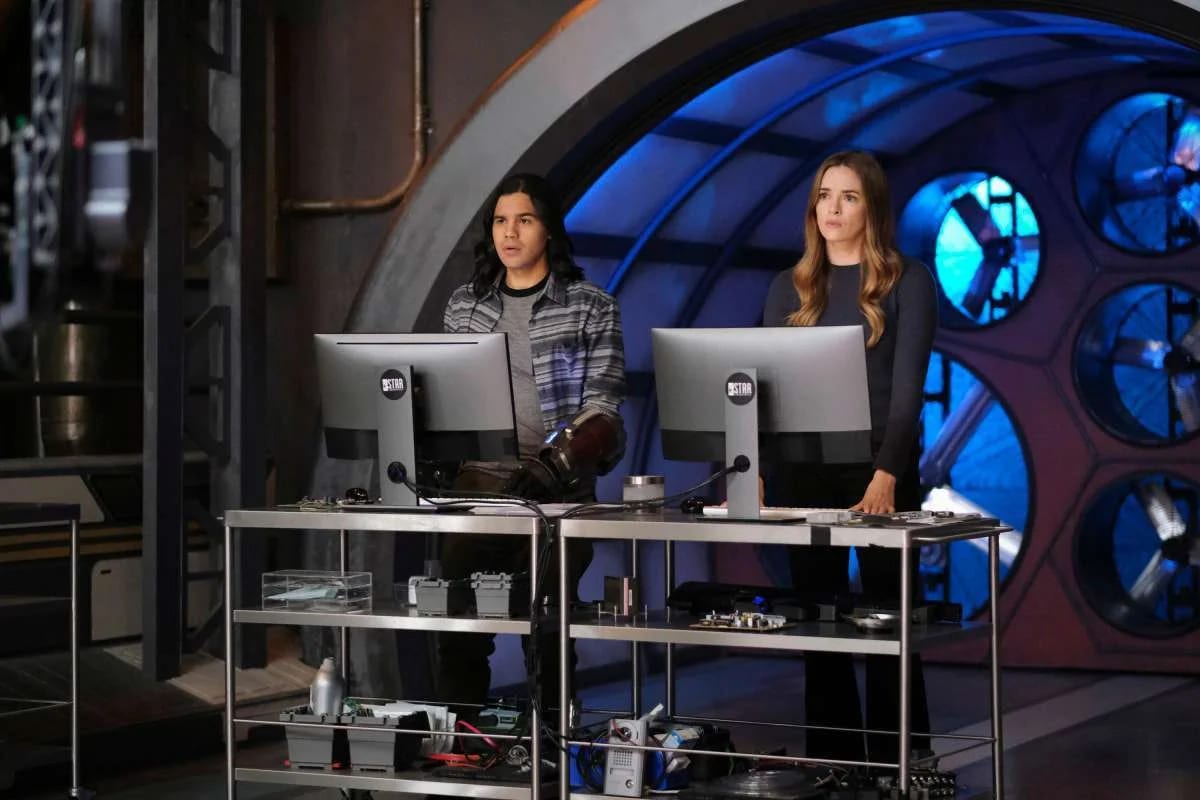 “Family Matters Part 1” is a trite, boring first half of a two-parter that dispenses with the complexity last week added to the season’s theme, makes an idiot out of Joe, and beats the notion of convincing your enemies to switch sides into oblivion. My hopes for the rest of the year have gone down significantly.

“Family Matters Part 1” is a trite, boring first half of a two-parter that dispenses with the complexity last week added to the season’s theme, makes an idiot out of Joe, and beats the notion of convincing your enemies to switch sides into oblivion. My hopes for the rest of the year have gone down significantly.