"Nice of the Addams Family to lend you their place for the weekend." 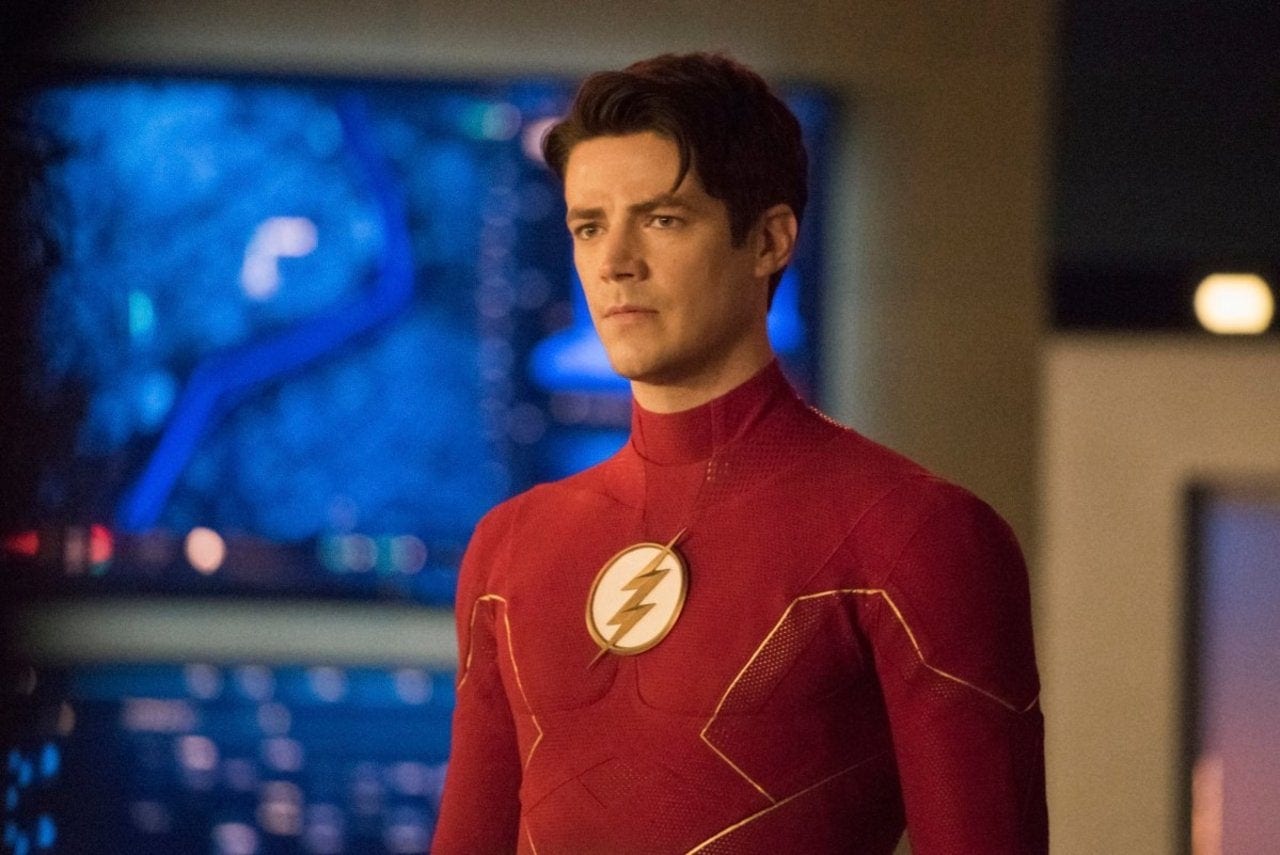 “Family Matters Part 2,” the maddeningly uneven follow-up to last week’s cliffhanger, has some wonderful moments and a great thematic structure but dilutes that with awful dialogue, a shockingly bad subplot, and an overcomplication of the Forces and their natures. In the end, it’s a muddle of good and bad ideas that gets enough right to be sufficiently satisfying, but no more than that.

With Central City on the brink of destruction, Barry must decide not only how to stop the Speed Force’s rampage but whether he should try to reform her. A prison break causes Joe to regret quitting the police force. Frost puts her money where her mouth is. Deon finds himself at a crossroads.

There’s a “big reveal,” which will surprise no one, at the beginning of “Family Matters Part 2,” one so obvious it doesn’t necessitate a spoiler tag. Remember how the Speed Force seemingly killed Iris, Alexa, and Bashir, and it was obviously going to be either undone or revealed as a fake-out? Well, it’s immediately revealed as a fake-out. Bashir made them all think they saw what we saw so that the Speed Force and Deon would leave, allowing them to regroup. But he also didn’t know he was doing that and was only trying to protect himself, or something. It’s strange and not explained very well, and unfortunately, the rest of the Forces storyline is like that.

Central City has the hippy hippy shake in “Family Matters Part 2,” with earthquakes and lightning threatening to destroy it and, ultimately, the world. It’s initially assumed that the Speed Force is doing this as a threat; if Barry doesn’t surrender Alexa and Bashir to her, she’ll break the world. But when Barry confronts her, she tells him she isn’t the one causing the chaos; Alexa and Bashir are, and possibly Deon too (seriously, they don’t explain this well at all). But are they doing it on purpose, or is it a consequence of their presence? If the latter, why is it only happening now? And if the former, why don’t they realize they’re doing it, and why would they be causing it but not the Speed Force? The show doesn’t seem to know which way it wants to lean because it ping-pongs between which side is really the evil one, and it presents them all in a sinister manner. The Speed Force, still in Nora Allen’s guise, has somehow put on makeup and dyed her hair because she looks like a Goth girl now. Then, Bashir convinces Alexa to attack Iris and join him in trying to kill the Speed Force, something completely out of character for her to do – which means she immediately agrees with him and does it. Deon is the most consistent, and that’s largely because he’s always been confused and unsure of who to trust. Despite the good points to this storyline, it’s hard to get invested when it feels like the writers are making the rules up as they go along.

And there are good points, most of them thematic. “Family Matters Part 2” reveals that the Forces are all acting out of fear. The Speed Force has died once and is afraid of dying again. Her explanation of death and what it feels like is compelling, and you immediately understand why she’d go to great lengths to avoid experiencing it again. Likewise, Bashir and Alexa are afraid of dying, and they doubt not only their ability to keep the Speed Force at bay but Barry’s. And Deon is afraid of fading into obscurity, losing his life’s purpose now that he’s found one. Joe is in the same boat as Deon; as a civilian, he sees the madness and danger unleashed on his city and feels helpless to do what comes naturally to him and protect the innocent. And Barry and Iris fear losing their “children” and, in Barry’s case, his humanity if he has to destroy the Forces. Fear is a powerful motivator, and while it can push people to do some horrible things, it can also bring out the best in you. Joe gets that, and when he finally understands his condition, he goes into Dad mode again and makes Barry and Iris understand theirs. The solution to fear is to lean on your family, and once Barry and Iris do that with each other, they’re able to bring the Forces around, including the Speed Force. While it’ll probably never be at its best again, The Flash still knows how to tug at your heartstrings, and all this episode’s faults are worth it when the Speed Force, wearing the face of Barry’s mother, tells him, “You saved me.” 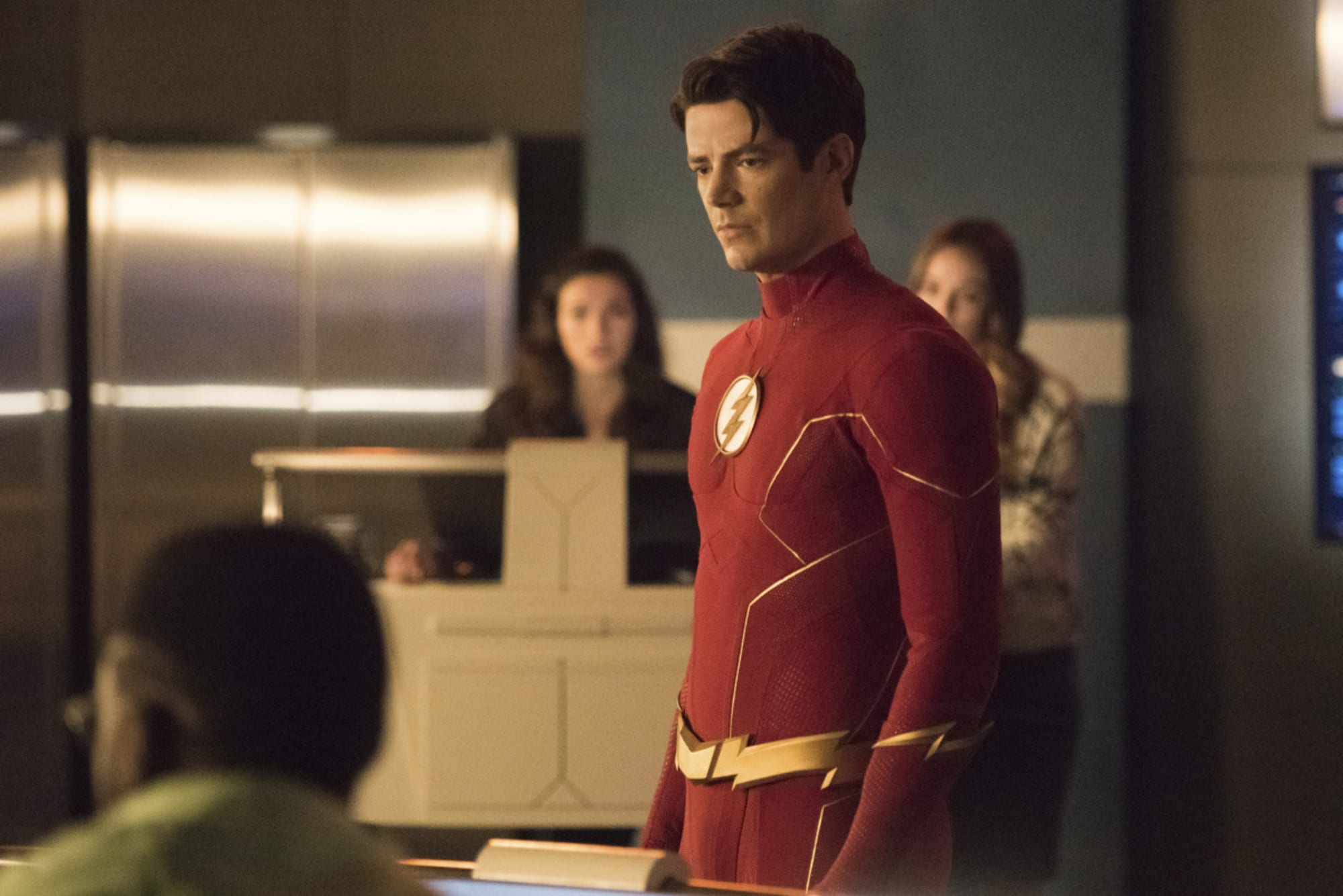 The rest of “Family Matters Part 2” is the same as the main plot; a grab bag of what works and what doesn’t. I was glad to see Frost again, and I like the idea of her recapturing the escaped supervillains, but the execution is all wrong. They should have had her facing at least two or three of the fugitives to establish how taxing this is for her. (They say it in dialogue, but it would have been better to feel it instead of just being informed of it.) Her one showdown is with that bartender who framed her a few episodes back, and their fight is a cringe-fest. The dialogue is sewer-level bad, with corny kinda-jokes and painful flirting. That’s right, Frost is attracted to this guy, but not just physically; she really likes him. This could have been interesting, but the bartender is a ridiculous dude-bro caricature who – remember? – framed her for murder and then tried to kill her. He needed to have Tom Cruise levels of charm to overcome that, and he doesn’t. But Frost is out of prison, which is good; that they released someone from a life sentence over a day’s work and “good behavior” is dumber than a broken twig, but hopefully, they can build from here.

Elsewhere in “Family Matters Part 2,” Cisco has to decide whether he’s leaving Team Flash, but since it’s already been announced that Carlos Valdes is heading off into the sunset, it’s not much of a mystery. A shared glance between Allegra and Chester (who dresses like he walked off the set of A Different World) hints at romantic possibilities, and it’s so hard to care about either one of them that this falls flat. The Forces staying in that pocket of the Speed Force, or whatever that was, is a decent way to end a storyline that desperately needed to end. (How can the Speed Force stay inside the Speed Force? As the Critical Drinker would say, “Don’t know.”) And Barry and Iris are now ready to create Impulse, which… yeah. At least making him will probably be fun. 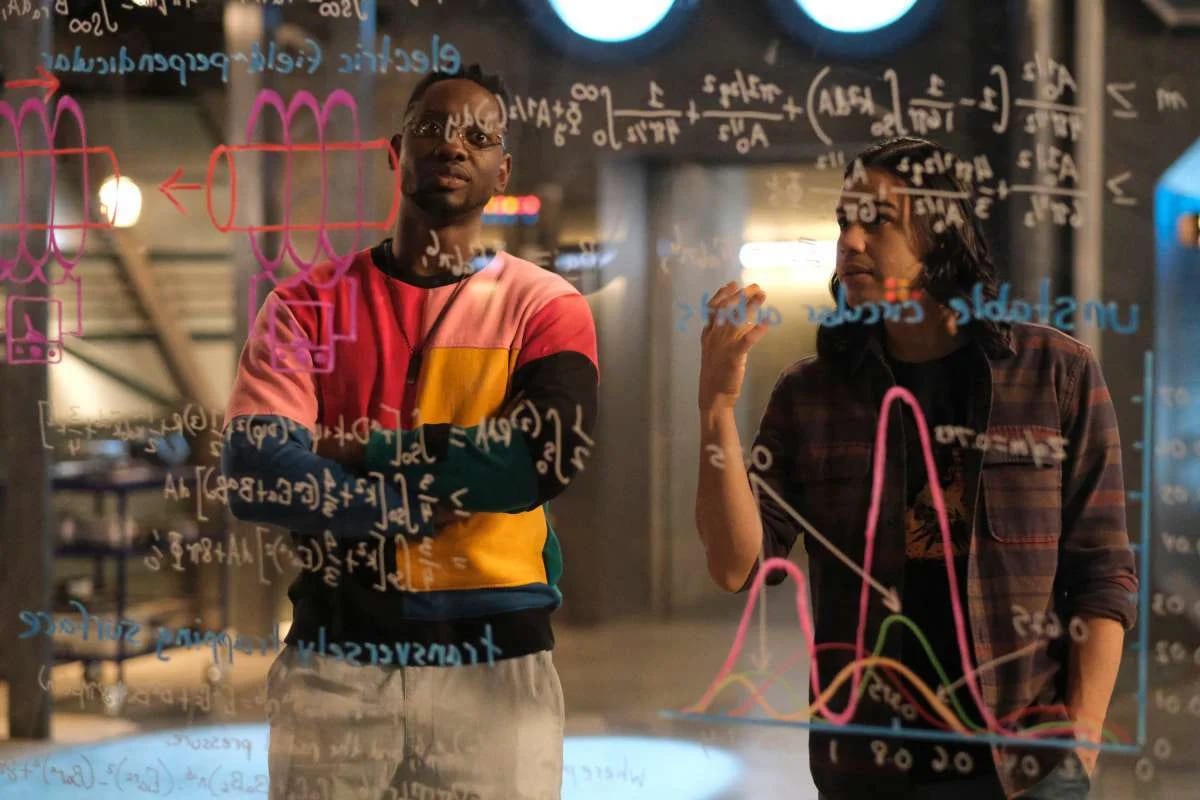 “Family Matters Part 2” is a frustrating, inconsistent episode with some emotional highs and satisfying themes paired with a confusing of the Forces storyline and a lame subplot for Frost. Hopefully, the next arc will be better, but I said that last time and here we are.

“Family Matters Part 2” is a frustrating, inconsistent episode with some emotional highs and satisfying themes paired with a confusing of the Forces storyline and a lame subplot for Frost. Hopefully, the next arc will be better, but I said that last time and here we are.

This show is maddening. It still has some great scenes, some great overall storylines, but so much of the detail is just filler crap. It’s become like watching specialty comics where you have a great cover, some amazing splash pages and you get where they’re going with the story and like the message, but they way they actually TELL the story is the stupidest thing.

It has. I used to look forward to a new episode of The Flash all week; now, I take a deep breath before I start one.