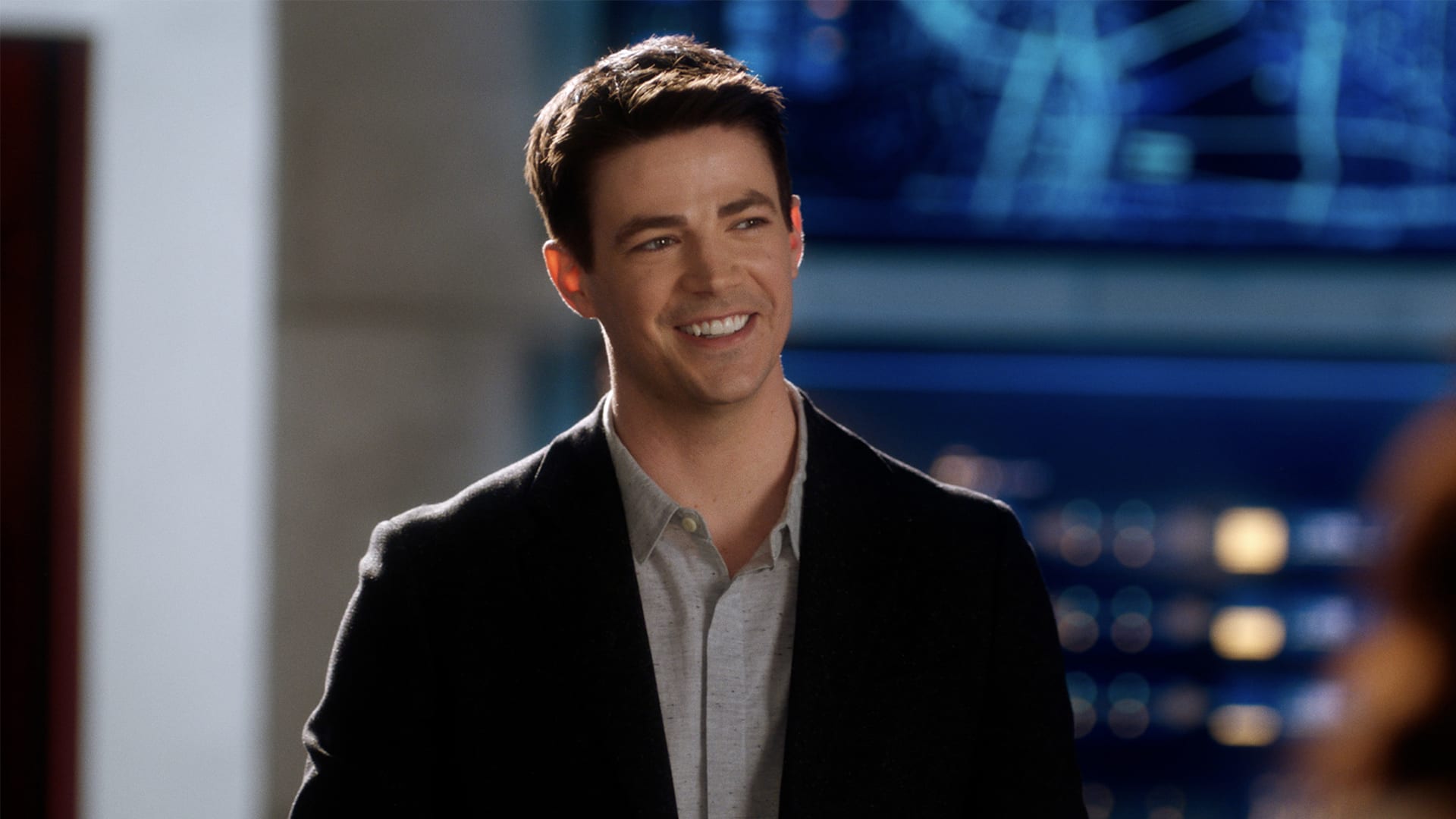 “Rayo de Luz” is not the episode we needed after spending last week being told – but not shown – how great Chester is. Instead of returning the focus to Barry, where it belongs, The Flash completely sidelines him for the episode in favor of Allegra, Chester, and Sue, who take a meaningless side trip that is one of the best arguments I’ve ever seen for shorter TV seasons.

Barry announces that he and Iris (who never appears onscreen, possibly because Candice Patton has the best agent in Hollywood) will be taking a vacation, leaving Caitlin, Frost, Chester, and Allegra to hold down the fort. Ultraviolet, Allegra’s cousin, returns, prompting Allegra to try some of Barry’s new forgive and forget philosophy on her evil relative. Joe continues to investigate Kristen Kramer’s dubious military history. CW executives finally blush at overacting (probably; who knows what their threshold is?).

The moment “Rayo de Luz” begins, we’re warned about what we’re in for this week. Barry comes right out and says he won’t be around because he and Iris have decided to have kids, and they need to get as far away from Chester as possible to conceive. This comes not only with a reenactment of the awkward moment from last week but a flashback to exactly what happened because we can’t even escape Chester’s past exploits, let alone his new ones. Last week, I was starting to notice how much Barry is being pushed aside on his own show, and “Rayo de Luz” goes out of its way to confirm that take. Caitlin and Frost are barely around either, but there’s a practical reason for that: Danielle Panabaker directed this episode! It’s kind of like when a TV star would host Saturday Night Live, so they’d be mostly written out for the week of their SNL appearance. (Remember when Buffy was turned into a rat?) I wonder if they gave her a throwaway episode to cut her teeth on, just in case she wasn’t up to the task. Either way, she’s fine, but it’s hard to tell on this show, especially lately.

The main story of “Rayo de Luz” concerns Ultraviolet coming back to Central City to cause some trouble. If your reaction to Allegra mentioning her cousin was, “Who?” I’m right there with you. A consequence of how forgettable this show has been in recent years is that none of the villains stick in your mind, even ones related to Team Flash members. Luckily, exposition is here to exposit what the self-preserving part of my brain has forgotten; Ultraviolet was one of the Black Hole assassins who tried to kill Barry, Iris, and plenty of other people last season. Now that Barry’s new tactic is to hug the bad guys till they reform, Allegra figures she can bring her cousin back to the light, not only helping someone she loves but impressing Barry and Iris when they return.  Talk about commitment; The Flash is going all-in on their Gandhi approach to superhero stories, making every week a new repudiation of what makes these characters fun in the first place.

But “Rayo de Luz” points out the limitations of that philosophy. Not intentionally, of course; God forbid they do something interesting and thoughtful with their oversimplified do-gooder nonsense. But in Ultraviolet, they present someone who is determined to make the wrong choice every time she’s offered one. She hunts down the doctor who gave her superpowers, but she fails to kill him, and when Allegra offers her a second chance, she allows herself to be baited into more violence and wounds Chester (she gets a few points from me for saying she doesn’t care if he dies; killing off terrible characters is my idea of redemption). Then, when the evil doctor agrees to undo her operations if she kills Allegra, Ultraviolet… tries to kill Allegra. She doesn’t hesitate for a moment before firing her ray beam powers (who remembers what she actually does?) at her cousin and doesn’t stop until she’s defeated. She has no epiphany or change of heart; she gets knocked out and prevented from killing Allegra. 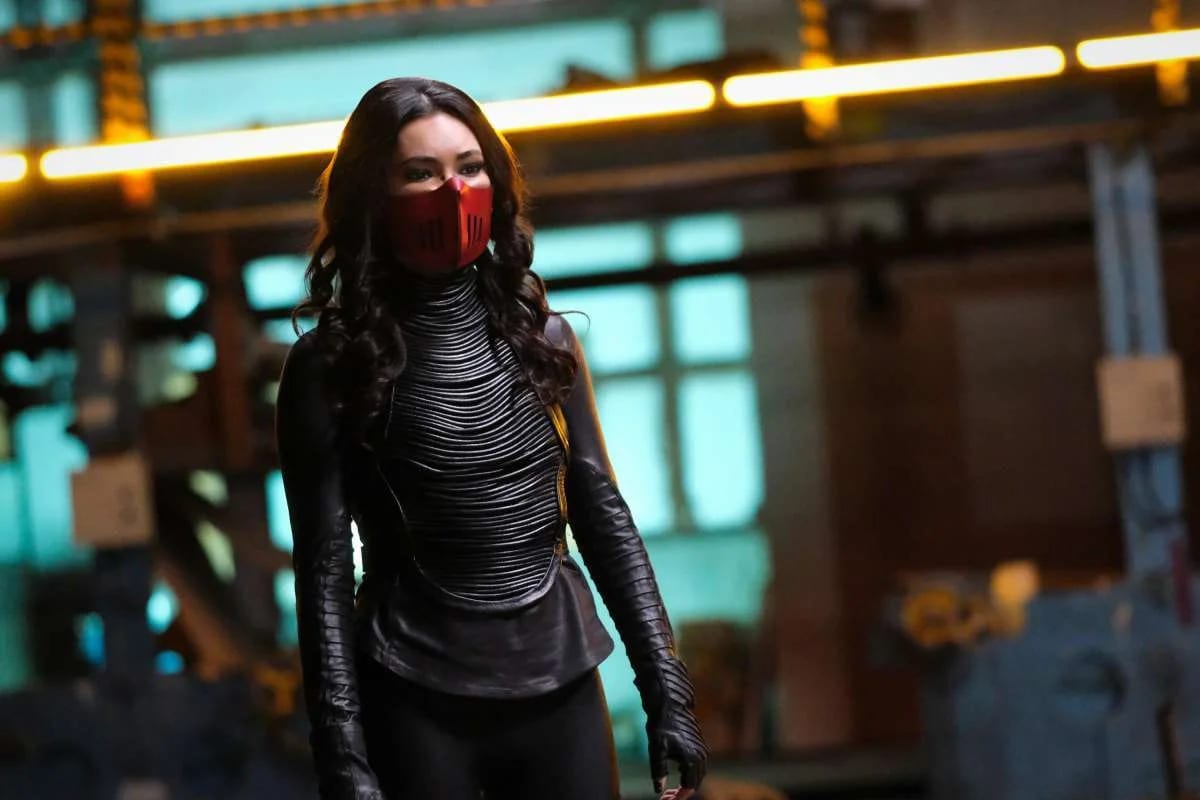 This would have been the perfect moment for “Rayo de Luz” to explain that some people can’t be rehabilitated, and they need to be taken off the streets before they kill someone. Well, I hope you’re ready to have your expectations subverted because it turns out that even trying to murder somebody in cold blood for personal gain can be forgiven in a few hours. Allegra takes Ultraviolet back to STAR Labs, where she’s offered the chance to be cured anyway. This is a moral disaster, arguing that you are never responsible for the choices you make and are entitled to have your desires met even after you’ve tried to murder someone to attain them. Can you imagine sending children into the world with that mentality? What’s weird is, this seems only to apply to Ultraviolet this week. Why doesn’t the doctor get forgiven? Redemption for him is never even entertained. And when that evil bartender Frost likes appears in the stinger, his release from prison is treated as a mismanagement of justice, even though he actually did something to earn it by testifying against other criminals. I don’t think it’s enough to buy him absolution, but it’s a lot more than Ultraviolet did. There’s no logic applied to any of this, and the smartest person in the episode is Barry, who runs off to have sex with a beautiful woman instead of sitting through this nonsense.

If Barry had to be away for a week, “Rayo de Luz” would have been much better off centering on the only interesting subplot to emerge this season: Joe’s war with Kramer. This storyline gets more attention than it did last week, but it’s still short-changed and treated like an afterthought. What’s most infuriating is that Kramer is a much better example of a nemesis with shades of gray than any of the ones with whom the show has tried to force us to sympathize. Kramer has faults and has made mistakes, but she hasn’t tried to kill anyone, and the truly wicked things she’s done have been understandable from her perspective. I’m glad they’re not turning her into a full villain, and I love the shot of her and Joe sifting through the case files together. However, the scene where Joe confronts her in her office is awful, especially when she threatens to arrest him if he doesn’t stop looking into her past. Arrest him for what? Doing things you don’t like without a license? That could have been a great scene, but they ruined it by going over-the-top, something they’re doing a lot more of than they used to; see Natalie Dreyfus’ entire performance as Sue for reference.

“Rayo de Luz” is a low point for a show that’s luster is fading fast. The unlikeable supporting characters take center stage once again, the exploration of the villain forgiveness philosophy makes no sense and is shockingly immoral, and the only potentially good storyline is marginalized and ruined through idiotic dialogue and bombast. I know there’s been a steady decline for some time now, but I still feel justified in asking, what the hell happened to The Flash?

“Rayo de Luz” is a low point for a show that’s luster is fading fast. The unlikeable supporting characters take center stage once again, the exploration of the villain forgiveness philosophy makes no sense and is shockingly immoral, and the only potentially good storyline is marginalized and ruined through idiotic dialogue and bombast.