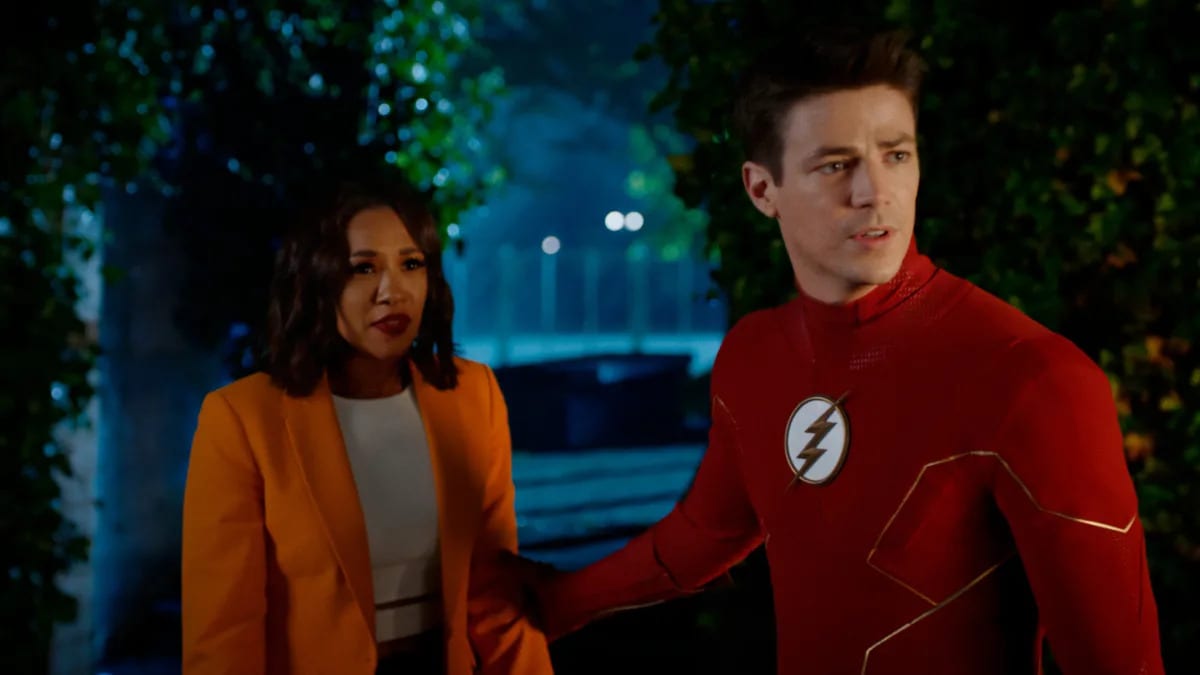 The Flash is finally on the right track, even if it’s a little too late to make much of an impact. “P.O.W.” is a good episode that should have been better, but it’s let down by what came before it. Season 7 has been so dull and haphazardly constructed that, now that we’re finally getting to the good stuff, it’s being forced into a handful of episodes instead of being developed over at least half a season, and preferably a whole one.

Barry’s visions are starting to get bleaker as he worries about the results of the Godspeed War. John Diggle arrives with some A.R.G.U.S. technology that could help Team Flash put an end to the conflict before the cloned speedsters do too much damage. Allegra is torn over whether to help Ultraviolet pay back her former employers from Black Hole. Joe and Kristen Kramer find themselves being hunted by their former target.

The first few scenes of “P.O.W.” establish that Barry is feeling the strain of the Godspeed War. His new vision of daughter Nora is more foreboding than the last; she’s fading, worried that she and the rest of their family won’t survive what’s coming. Physically, he’s having trouble keeping up with two warring factions of speedsters, suffering a series of injuries from trying to maintain the peace. In fact, all of Team Flash looks like they’re exhausted, being pulled in every direction by their enemies. They need a lifeline, and just when they’re at the end of their rope, an old friend shows up to toss them one.

The big news this week was Diggle’s return, and he shows up early in “P.O.W.” with a pretty effective weapon: it’s similar to one of the traps from Ghostbusters, only instead of sucking someone inside it, it stops a speedster in his tracks. This allows Barry to capture one of the Godspeed clones and interrogate him. The first of several revelations in “P.O.W.” is that the two sides to the Godspeed War are fighting over whether to serve the original Godspeed, whose name is August Heart. Barry’s captive is on the side that opposes subjugation; they came to the present to kill Heart before he can become Godspeed (which kind of doesn’t make sense; won’t they cease to exist if they kill Heart?) Now, Barry has another immediate good vs. greater good conundrum: kill Heart and set the clones free, or refuse and prolong the suffering this war will cause.

The problem with “P.O.W.” is that it’s so close to the finale that it doesn’t give this or most of its other plot developments time to breathe. Barry is faced with a classic Flash dilemma, and he immediately makes his decision. Where’s the conflict? Where’s Barry forced to wrestle with his moral code? Part of the problem is that it would likely ring a bit hollow because the Godspeed War doesn’t feel like a war. If this storyline were stretched out over a longer period, they could have shown how bad this conflict had gotten, shown the Godspeed factions causing death and destruction throughout Central City, with Barry at his wits’ end over how to stop it. Instead, we saw a fistfight last week and the broken ribs that resulted from an off-screen battle at City Hall in “P.O.W.” The desperation doesn’t land as it should because we don’t have the proper frame of reference for it. 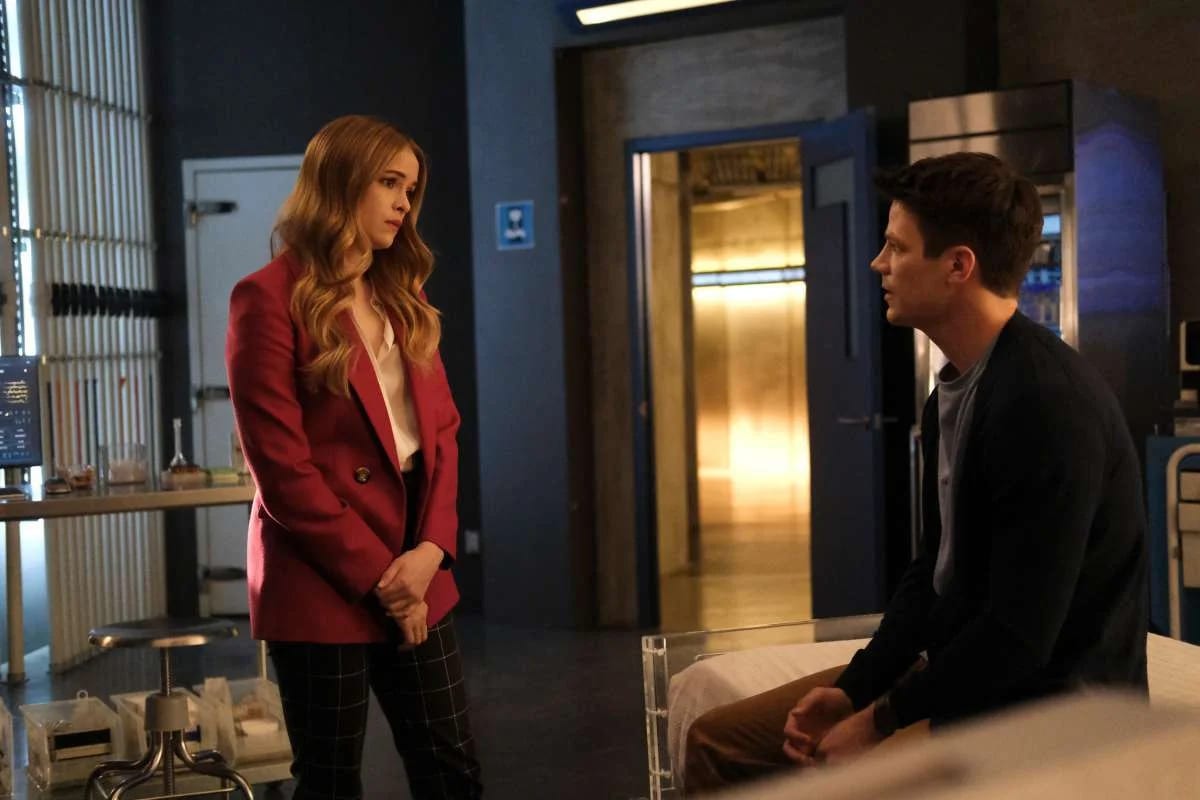 There is an opportunity later in “P.O.W.” to bring this choice back; Iris is not merely sick but is being harmed by the Godspeed War. Deon, the Still Force, pulled her out of the timeline so he could protect her, but he doesn’t know how or why she’s being hurt. It’s a good explanation for Candice Patton’s absence – more so than “Iris is a little under the weather” – but, as with the rest of this arc, it comes too late for the show to make anything much out of it. Knowing Iris is in danger is the perfect thing to trigger a crisis in faith for Barry; if anything could make him consider doing evil for the greater good, it’s the possibility of losing her. But, again, this is brushed aside and feels like nothing more than a way to get rid of her for a while. We all know Iris isn’t going to die, but why not use the threat of her death to push Barry farther than we’ve seen him go? It isn’t bad, and it’s certainly better than anything The Flash has done in quite a while, but it could have been more.

Diggle’s appearance in “P.O.W.” also feels more like a plot point than the rewarding return of a great character. He’s there to give Barry the A.R.G.U.S. device and a pep talk, then leave. I know the latter was kind of Diggle’s raison d’être on Arrow, and Joe is busy playing in the woods with his new friend, but I’d have liked to see more from him. It doesn’t look like he’s doing anything on the other Arrowverse shows; why not let him stick around on The Flash? It’s kind of weird to have him show up saying that he knows how to fight a war only to take off before any fighting takes place. David Ramsey is a good actor, and he plays this role with ease at this point, but I’d have liked them to give him something weightier than having the occasional headache because of that Green Lantern ring he found in the lousy Arrow finale. 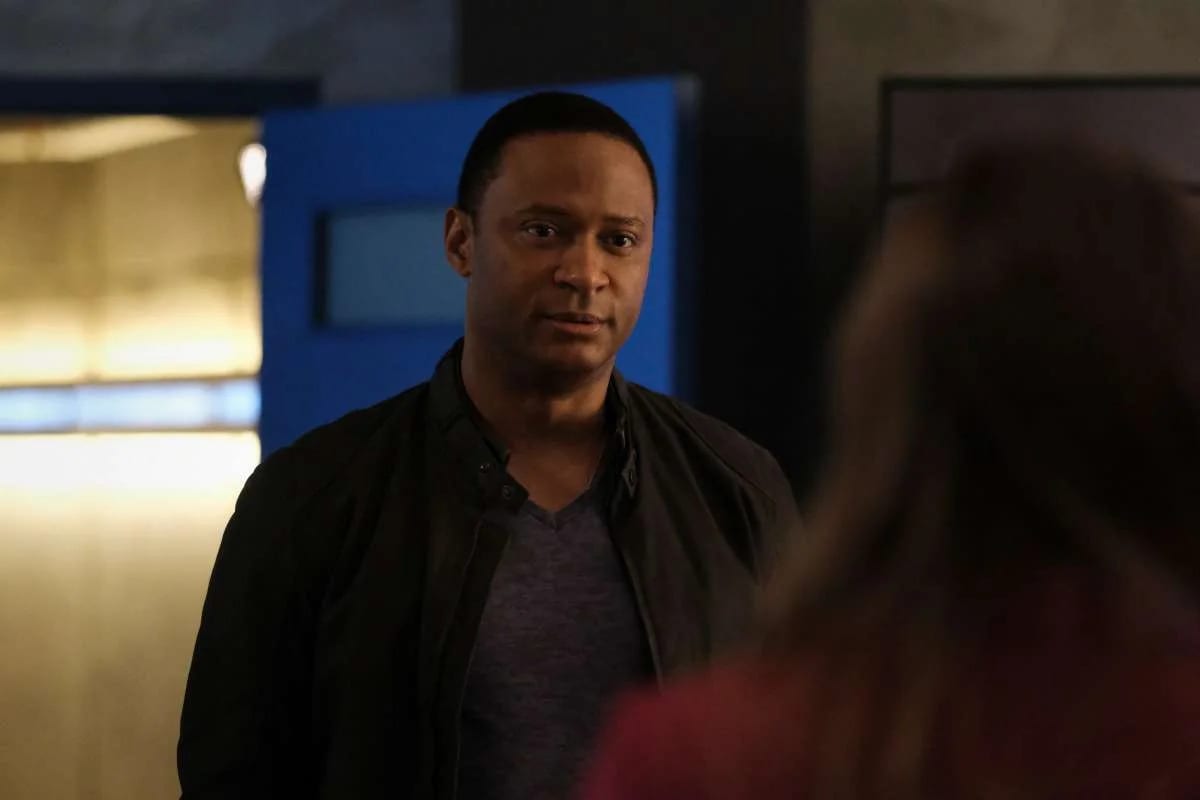 It would undoubtedly be better than spending any more time with the new characters The Flash is struggling to give something halfway interesting to do. Chester keeps himself relatively scarce in “P.O.W.,” but when he’s around, he’s as annoying as ever. All of his jokes are corny and delivered poorly, and that grating introduction he gives for Diggle takes the wind out of seeing  someone we’ve missed for a couple of years. And the only good thing about Allegra and Ultraviolet’s tedious mini-arc is that it’s finally over. I don’t feel anything between or for either of these women, and I don’t care who’s letting down whom. The idea that there are remnants of Black Hole feels like an excuse to kill off Ultraviolet, so there’s little to this conflict in which to get invested. I am glad Joe and Kramer have a little more screen time in “P.O.W.,” and I like where that story went. Hopefully, Kramer will stick around; she’s a much better character than either of the two new regulars. And that stinger with Nora and Bart Allen is… well, it looks Bart is exactly what that goofy poster made him out to be. You have to feel for Barry, meeting his son for the first time as a grownup and finding out he’s an obnoxious cornball.

It probably sounds like I enjoyed “P.O.W.” less than I really did. I liked it, and I think the Godspeed War story has a lot of potential. But I’m annoyed that it was given so little time to develop and resonate so we could watch a bunch of stupid nonsense about the Forces and the new teammates.

"P.O.W." is a good episode that presents some interesting conflicts for Barry and furthers the Godspeed War storyline, but without the proper setup earlier in the season and with so little time to finish, it doesn't have nearly the heft it should.