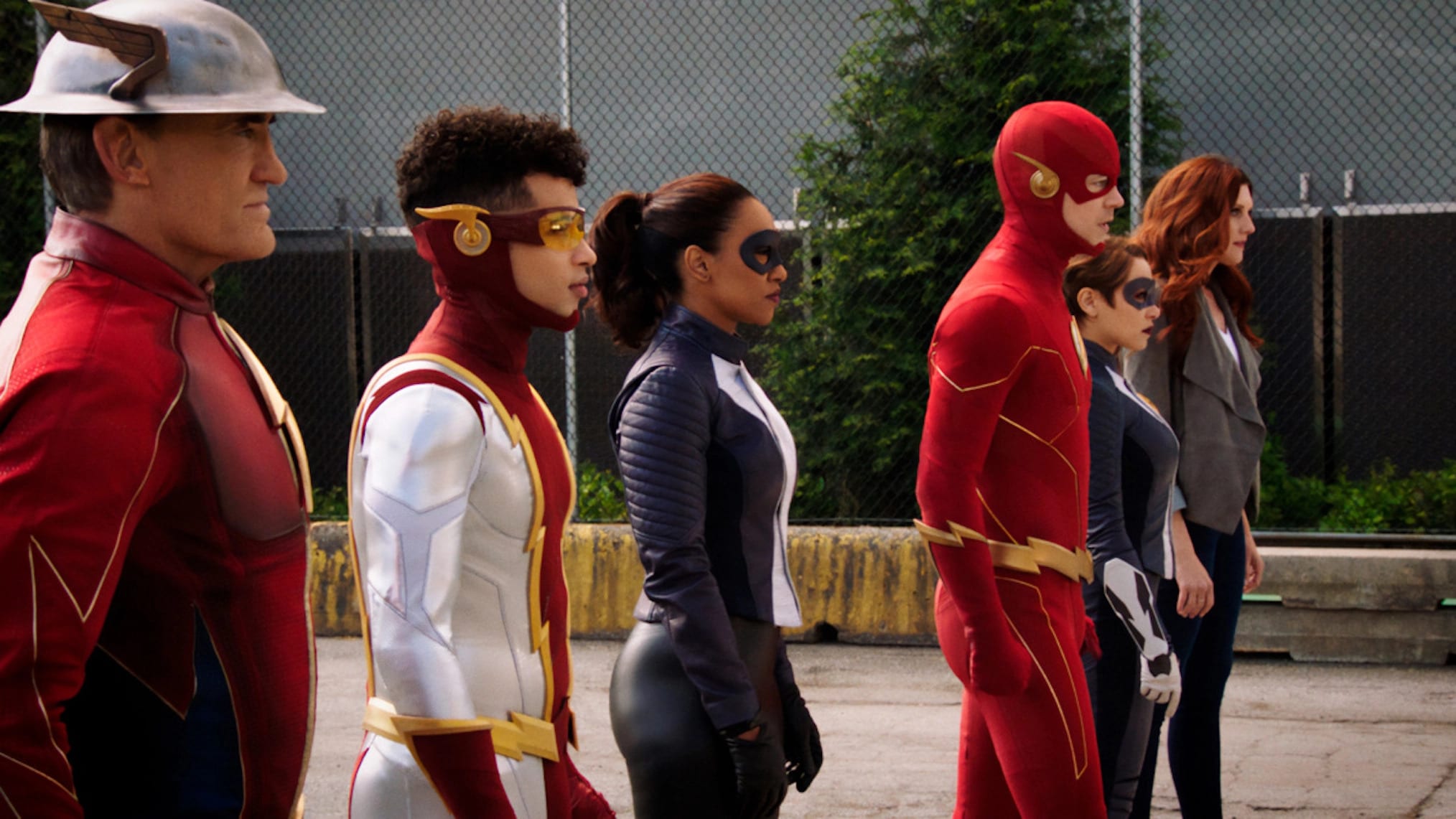 “Heart of the Matter Part 2” closes the book on a lousy season of The Flash, and it feels like exactly the right episode on which to end it. It’s mostly bad – at times really bad – but there are moments that make you wish these writers could pull it together already because this show could still be great, or at least good, if some of these actors just had a little more to work with while trying to keep things entertaining.

As the Godspeed War threatens to destroy Central City, Barry assembles all the speedsters he can find – all of whom are either related to him or resemble someone he’s lost –to fight the clone army. The true Godspeed, August Heart, reveals his ultimate plan. Nora wonders if they should give in to evil to save Bart. Joe and Kramer get caught in the middle of a speedster battle. Caitlin continues to stand around and do a whole lot of nothing, hopefully as Danielle Panabaker plots unholy revenge on the people who sidelined her for the likes of Bart and Chester.

The opening scene of “Heart of the Matter Part 2” – not counting the pre-title check-in with Joe and Kramer before they mostly disappear with their acting talent and interesting personalities – is one of the lamest villain-reveals-his-evil-plan scenes ever. I say this for a couple of reasons, but the biggie is that Karan Oberoi’s portrayal of August Heart is awful. Ever see a little kid play-acting as his favorite heroes and villains with a pot on his head and a blanket tied around his neck? They’re Brando compared to this guy. He over-emphasizes every single line, drawing out words like he’s just discovered the art of projection but doesn’t know how to enact it. It’s hard to believe what you’re watching, but there’s enough ham on the screen to account for a state’s worth of pigs.

It doesn’t help that both Godspeed’s origin and his plan are disappointing rehashes of much better villains. He was a scientist who was obsessed with speed, so he made himself fast – like Eobard Thawne – and now he wants to get all the speed ever so that he can be the very fastest speedster who’s ever sped speedily – like Zoom. He even calls himself “the God of Speed,” which was what Savitar claimed to be. The speedster villains have easily been the best ones so far (I know Savitar isn’t as good as the others, but I liked more than most seemed to, and I’ll take him over the losers who followed him any day), but Godspeed has definitively broken that trend, and instead of being scared for Barry, I wanted him to punch this nerd and get it over with already.

But then, with the war raging and Bart in dire straits, Nora has a brainstorm: she wants them to give Heart the speed he craves. Seriously, her plan is to facilitate the creation of the ultimate speedster villain. I know this is a family show and all, but as long as they’re bending their morality, why not suggest that they put a bullet in his head and prevent Godspeed from ever becoming a thing? I’m not saying they should do it, and I know Barry would never allow it, but shouldn’t somebody put it on the table? That would lead to the greater good vs. immediate good debate again because Godspeed is going to kill a lot of people. But it never comes up; they only wonder whether or not to give the bad guy a power boost. (I would have appreciated Barry mentioning that he did that with Zoom once, and it didn’t go well, but since the show is copying parts of that storyline, maybe they didn’t want to draw attention to it.)

Believe it or not, none of that is even close to the dumbest part of “Heart of the Matter Part 2.” No, that comes in the big battle, where Barry has assembled Jay Garrick, a sped-up Iris, his kids, and the Speed Force to take on the Godspeed army. This is a neat setup, especially for a season finale, and a terrific action sequence could have come from it. But once the battle begins, the Godspeed clones decide to forget they’re speedsters and slowly advance on their enemies. It’s like those movies where the bad guys suddenly forget they have guns and just charge into a melee fight; only it’s even worse because there’s no urgency or even filmmaking tricks to make you overlook it in the moment. The clones saunter around while Team Flash takes them out in groups. Some of the smaller moments are cool – I love Jay Garrick using his helmet like a discus – but they’re ruined by the NPC nature of their opponents. Also, if the Speed Force can knock them out by snapping her fingers, why didn’t she just do that to all of them? 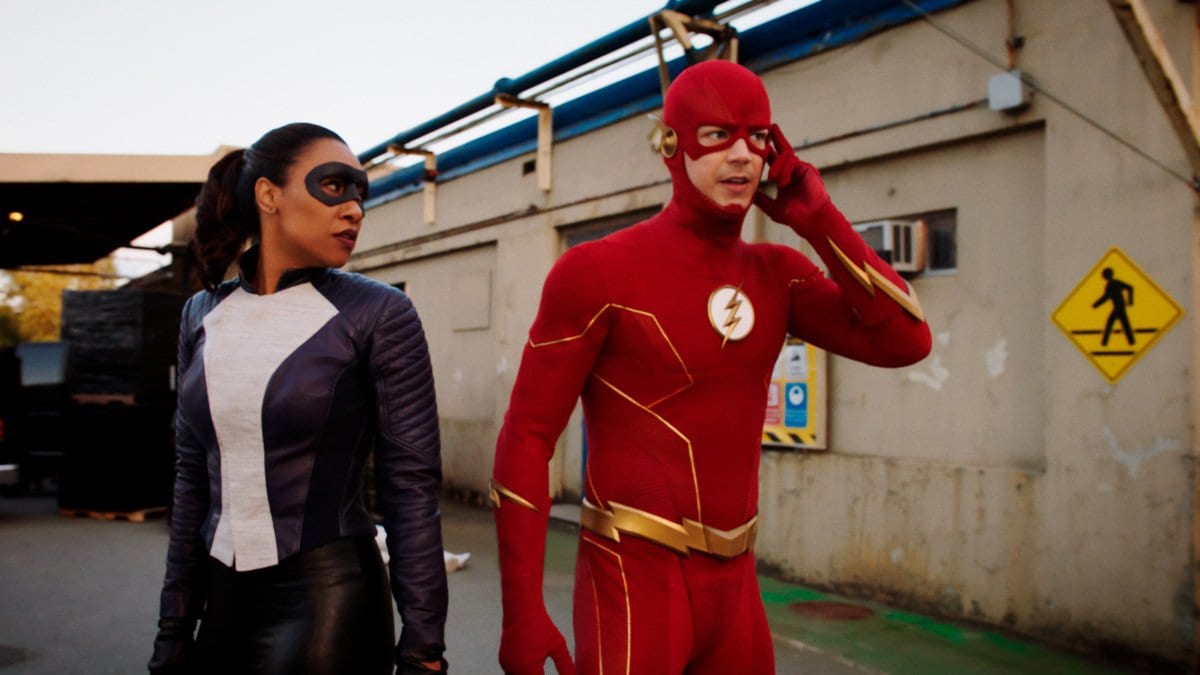 But it doesn’t work – even with a last-minute assist from Allegra and some machine she’s invented –  because we’ve got half of “Heart of the Matter Part 2” still to go, so they regroup and decide to power up the supervillain. The main reason for this is so Barry can have a showdown with Godspeed, but it also highlights the rushed nature of the Godspeed War storyline. If this scenario were built to better, if August Heart were an actual character rather than a prop to get the story moving, if he and Barry had a few meaningful interactions, this could have been a great scene. Heart was a wolf in sheep’s clothing the whole time, manipulating the heroes into trusting him so they would agree to give him speed in the hopes that Godspeed was not an inevitability. But this is accomplished through Cecile reading his aura or whatever the hell her power is rather than real character development, so it means nothing. Regardless, Godspeed is born, and now the good guys have to stop him, but Barry mercifully sidelines his kids as he heads into battle.

That’s because of the big surprise “Heart of the Matter Part 2” has in store for us, one that almost makes up for how inept the rest of it is. Barry has tagged in Eobard Thawne to be his buddy-cop partner in taking down his new nemesis. I knew Tom Cavanagh was set to return for this episode, but I assumed he’d be playing Earth-1 Harrison Wells, the only version of the character to survive the convergence of the multiverse. But this is much better; the Reverse-Flash is not only the best villain on the show but the best in the entire Arrowverse, and he’s at his most deliciously evil when played by Cavanagh. Barry having to join forces with his mortal enemy goes much further toward selling Godspeed as a threat than anything else they’ve done.

The fight that serves as the climax of “Heart of the Matter Part 2” is pretty cool conceptually, though it’s short in execution. I like the lightning swords; they’re goofy, sure, but that’s the kind of goofy I like in superhero stories. And they’re something new, which is much appreciated at this point in the series. What made little sense to me was Thawne sparing Godspeed’s life; there’s no way he would do that, especially given Barry’s explanation for his help – Thawne will not let anyone else kill Barry Allen. He’d have taken Godspeed off the board completely when he had the chance. Still, I’m glad he’s back, and I can’t wait to see him again; should next season be the show’s last, it would be fitting to make him the central villain again. And if he can pick off a few of the more grating cast members, I’d be fine letting him win. 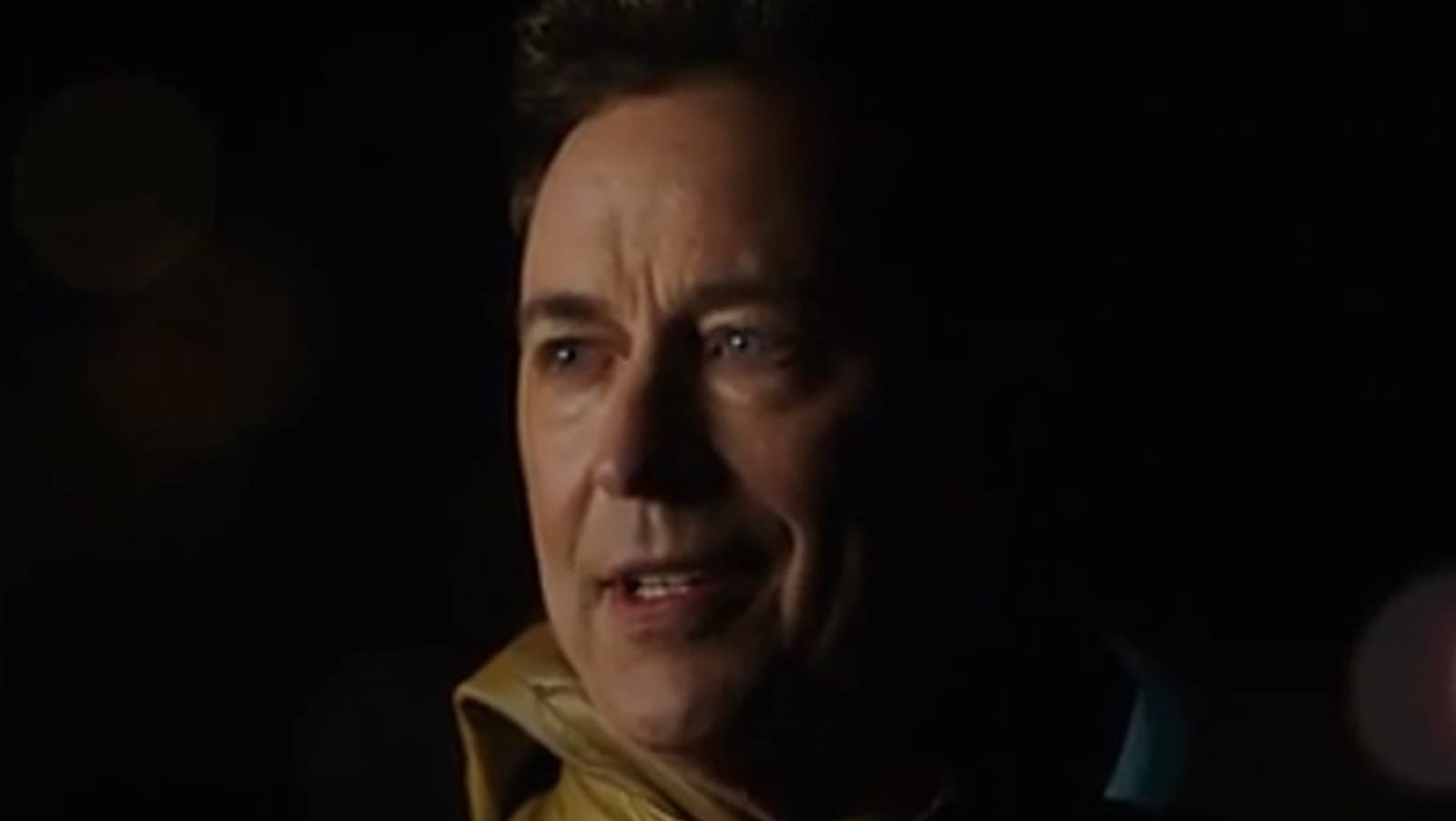 It’s one of those awful new additions that ruins the last scene of “Heart of the Matter Part 2.” I adore the idea of this moment; it’s corny, it’s sappy, it’s manipulative to the nth degree, but it’s something The Flash does very well when it’s firing on all cylinders. Barry and Iris want to renew their wedding vows, having previously gotten married in a park next to two people who no longer exist. These are some of my favorite moments in the show’s history; I know a lot of people hate the melodrama, but that’s what made me care about the characters and their relationships, romantic or otherwise. I was all in for this, and most of it works well. But then, they stop the ceremony so Bart can sing his parents a song. I take it that Jordan Fisher is a singer or something, so this was probably done for that reason, but it still sucks. This scene should be about Barry and Iris, but the focus is removed from them completely so a character that is even worse than Chester can sing some boring song, and the entire cast can look at him with awe and wonder. I know they’ve done this sort of thing with Joe too, but it was never at the expense of anyone else. Fortunately, once this ends, everything else is great, with a final moment that would have made an excellent capper for the whole show. God, imagine what The Flash could still be.

Not much else goes on in “Heart of the Matter Part 2.” It’s a focused episode, as it had to be. But Joe and Kramer’s subplot concludes with the revelation that she’s a metahuman too, with the power to mimic the abilities of any meta close to her. This is fascinating, and it has many implications for the woman who was spearheading the crusade to regulate metahumans and, in some cases, remove their powers against their will. But these two great characters played by talented actors were sidelined so Bart could mug for the camera and Chester could ramble on about some pop culture reference Cisco would have nailed. As a result, this is given a quick scene to explain what happened, and then Kramer leaves. What an absolute waste of a potentially interesting story. Speaking of being wasted, remember when Cisco showed up as Vibe last week, implying that he would play a big role in stopping Godspeed? Well, he does basically nothing. Neither do Caitlin or Frost. These are actors and characters who’ve been with the show since episode 1, and they’re just taking up space – much like The Flash is in the TV lineup now. 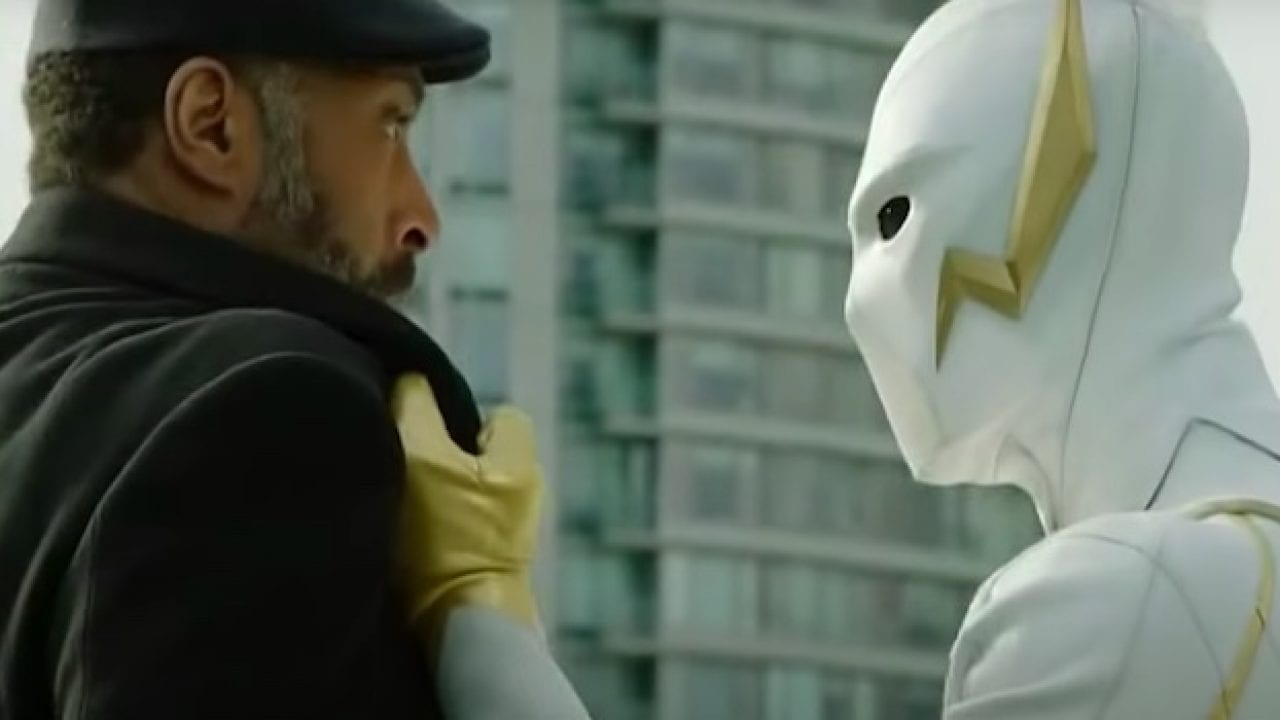 “Heart of the Matter Part 2” is another subpar episode, but it has some great moments and elements, though even these are tarnished by bad storytelling. Some of the action is fun, the ending is endearingly schmaltzy, and it was nice to see a familiar face return. But Joe, Caitlin, Cisco, and Kramer are shoved aside, the bad guys make idiotic decisions, Godspeed is a corny dud, and Bart is unbearable. I hate that I’m happy this season is finally over, but that’s where The Flash is now.

The Flash – "Heart of the Matter Part 2"

“Heart of the Matter Part 2” is another subpar episode, but it has some great moments and elements, though even these are tarnished by bad storytelling. Some of the action is fun, the ending is endearingly schmaltzy, and it was nice to see a familiar face return. But Joe, Caitlin, Cisco, and Kramer are shoved aside, the bad guys make idiotic decisions, Godspeed is a corny dud, and Bart is unbearable.