REVIEW: The Flash – Season 7, Episode 2 “The Speed of Thought”

"Why does it always feel like, for us to win, some of us have to lose?" 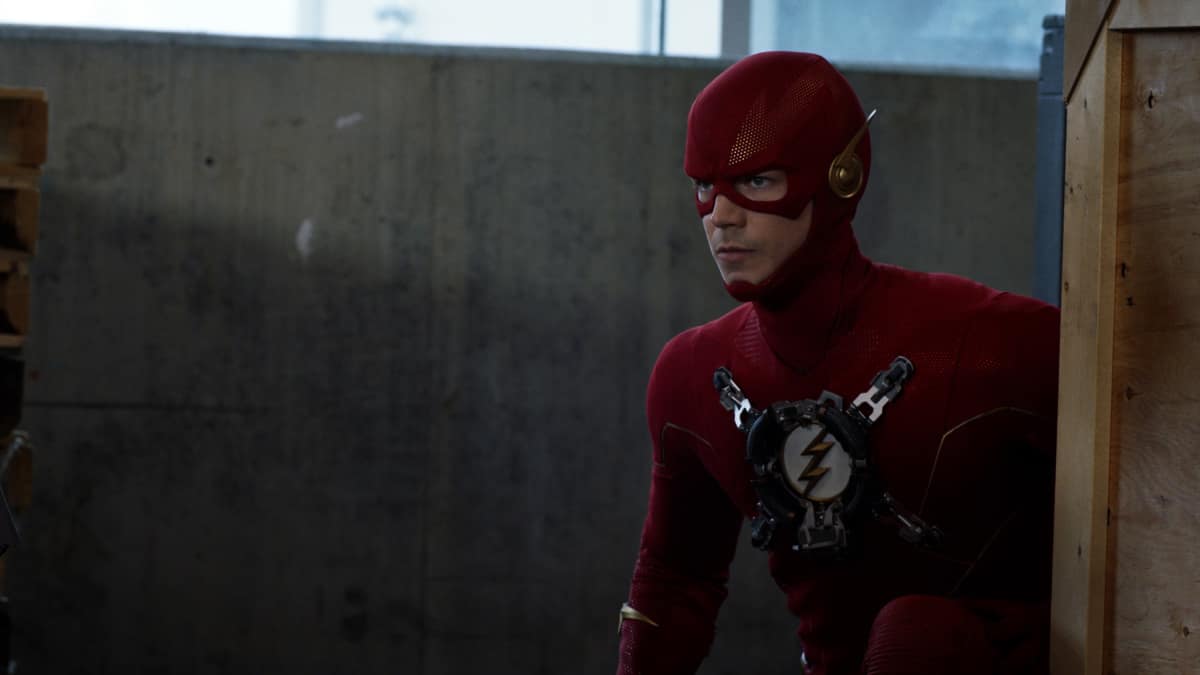 After last week’s episode made me wonder why I keep watching The Flash, “The Speed of Thought” reminded me. This give and take has been going on for the last few seasons, and while it’s frustrating, the good stuff makes it worth sticking out, at least for me. There are still some stumbles, but they’re relatively minor and worth rolling your eyes at in light of the character work and fun super-battles.

Barry discovers that the Artificial Speed Force has given him a new superpower, but it may have cost him something much more valuable. Team Flash deals with the loss of Harrison Wells. Eva tries to score some public relations points as she continues to mop up Black Hole. Iris connects with Kamila and Singh. Danielle Panabaker and Carlos Valdes return, causing the show’s audience to thank whatever deities may be responsible.

“The Speed of Thought” begins with what I can only assume is the show’s way of trying to make up for last week’s awful sendoff for the many versions of Harrison Wells. Cisco is back, and Joe is in the room, so it has more weight than his death scene by default, but it still serves as a reminder of how botched his exit was. These episodes were filmed well after The Flash shut down production, which means all of this could have been altered to get the main characters back in time for Wells’ death; this has the air of the producers knowing it was wrong but doing it anyway. It’s also a major oversight that Caitlin isn’t there; Danielle Panabaker shows up later as Frost, in what the show goes out of its way to turn into a big entrance, but I’d have gladly sacrificed something that isn’t all that cool anyway for Caitlin’s presence at a critical moment. Regardless, I’m glad they at least acknowledged the bond between Cisco and Wells, and Joe’s role as Barry’s dad.

But this scene is important for more than just a late goodbye because Cisco’s lamentation of the cost of battle and Joe’s declaration that their love and humanity are their greatest strengths introduce the episode’s theme, one familiar to the show. Barry’s love for Iris and his friends has been manipulated all along, most recently by Eva, and now they’re on the ropes with no way of fighting her or rescuing Iris and the others from the Mirrorverse. Barry’s propensity for blaming himself whenever something goes wrong naturally has him questioning whether it’s because of his humanity that they’re failing, that they’re losing those they love. As luck – maybe – would have it, no sooner does Barry wonder about this than he develops a spiffy new superpower, one that would seem to assure them victory. 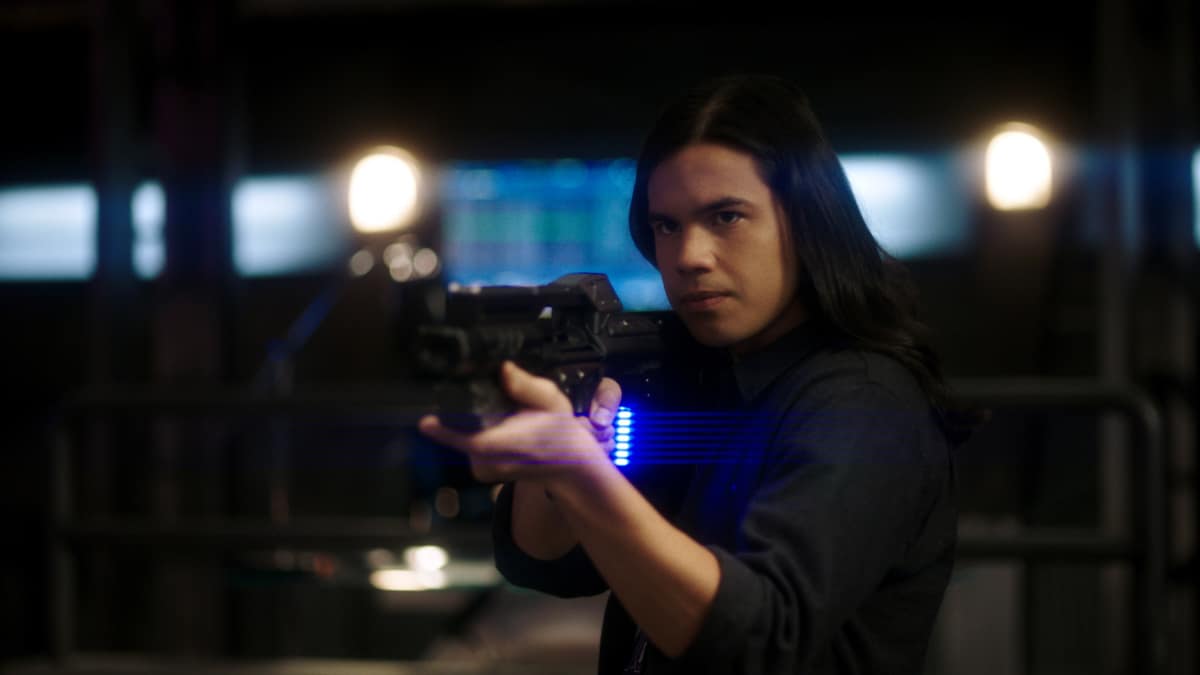 “The Speed of Thought” gives Barry just that: a form of super-fast thinking, where his mind works a mile a minute, and he can come up with solutions to problems before the others can even articulate them.  And I don’t mean possible locations for missing car keys; Barry is filling entire whiteboards with complex scientific theories like you see on the boards of college physics classrooms in movies. Even Cisco, who usually handles these science sessions, takes a few moments to catch up and follow Barry’s thinking. Soon, Barry is hacking Eva’s computers, pinpointing exactly where a kinetic-energy sphere will travel when it’s ping-ponged around the room, and, most importantly, finding ways to get into the Mirrorverse. An entire team unto himself now, the seemingly insurmountable problems Barry faced are on their way to being resolved.

But then, “The Speed of Thought” gets really interesting. I assumed this storyline would lead to something rote, like Cisco feeling extraneous to the group and having to prove his worth in light of Barry’s new powers. Instead, the problem is with Barry losing his humanity, the great power Joe exalted in the beginning and that Barry now sees as a liability. It starts small, with him allowing Frost to be hurt in a fight to gain intel on Eva. It soon grows into embarrassing Eva on live TV, endangering innocent people to compromise her, and finally into Barry choosing between rescuing Iris or Kamila and Singh from the Mirrorverse. Each time, Barry’s reasoning is cold and calculated, a mathematical equation telling him which decision will result in the largest net gain for him. This is the Deontological ethics vs. utilitarianism theme, the immediate good vs. the greater good, resurfacing. Normally, Barry would reject the notion of choosing between friends, using his heart as his compass. Now, he no longer has that variable, and his super-fast mind makes him a slave to the practical.

Giving this change in philosophies a more interesting wrinkle is the notion that a bit of Barry’s humanity may still exist and that his new methodology is, at least in part, a conscious choice. At the beginning of “The Speed of Thought,” Barry tells Joe that he’s starting to believe his humanity is a weakness. While the Artificial Speed Force is certainly the main cause of his turn, maybe Barry pushed himself to give in to its pull towards the analytical. When the choice of who to save from the Mirrorverse arrives, Barry tells himself and his friends that saving Iris makes the most practical sense since she knows more about how to defeat Eva than Kamila or Singh, but it’s awfully convenient that the love of his life happens to be the invaluable one. And it isn’t just Iris; he allowed Caitlin to be hurt, but with full knowledge that he could save her life afterwards, and hurting Eva may have come with a tinge of revenge for all the pain she’s caused him. Could this have been a smokescreen the whole time, at least in part? Was Barry’s heart always a factor in determining his actions? 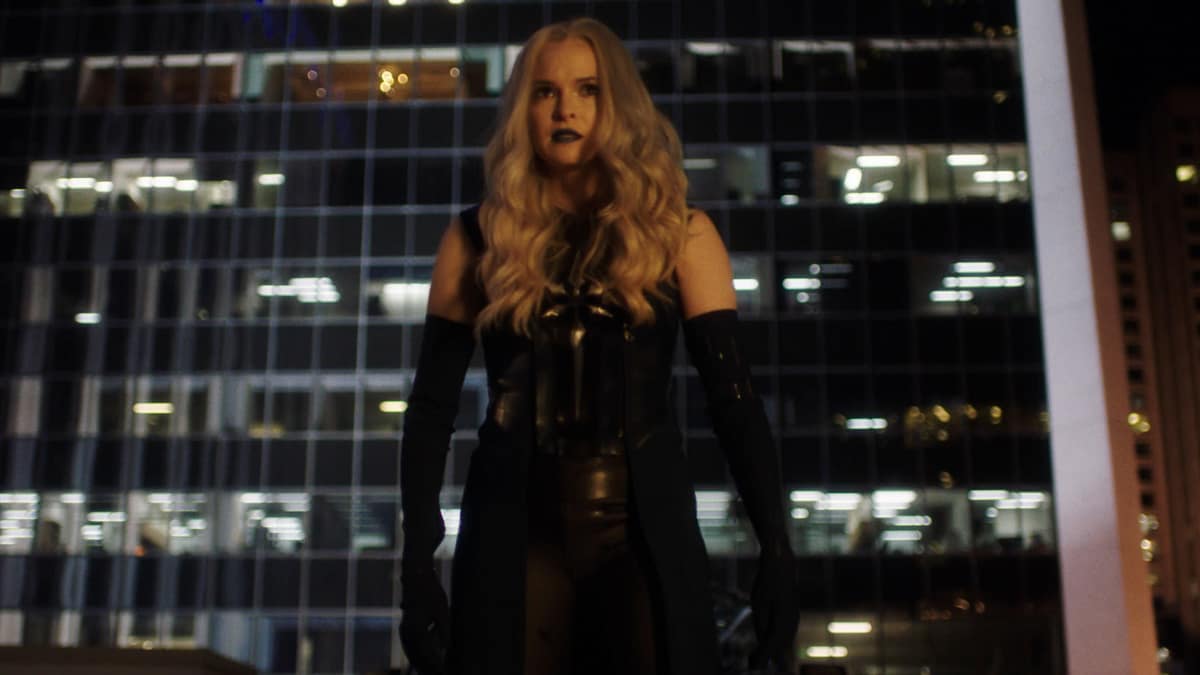 It could also be that the Artificial Speed Force merely underestimated Barry’s humanity. Cisco’s point about Barry not factoring in his friends’ hearts as variables in his equations in “The Speed of Thought” proves true. The others don’t stand by and let him rescue Iris while damning Kamila and Singh, and Iris fights against it so hard that she may have killed herself during her extraction. But maybe Barry’s lingering humanity also wasn’t factored in when he was given his thought speed. It was always there, guiding Barry’s decisions, even if he ended up doing things he normally wouldn’t. Iris’ potential death is what completely snaps him out of his deep freeze and sees the destruction of the Artificial Speed Force (if that’s what he did at the end). I hope this is never completely explained; I prefer wondering exactly what happened to Barry. I do love, though, that it’s Iris who brings him back, once again serving as the constant from which he draws his strength.

The other great thing about “The Speed of Thought” is that it shows what Barry would be like as a villain, and more effectively than something like Barry getting possessed by evil blood. When Cisco, Frost, and Allegra decide to take Barry down and get him back his heart, he shows how powerful he is and how effectively helpless they are against him. At one point, it looks like they finally defeat him, and I was set for some trite explanation, but it’s a ploy; Barry had the entire thing planned, and he neutralizes them in no time flat. In this way, his coldness is actually scarier than if he turned into the Reverse-Flash or something. Grant Gustin is excellent in this episode, and he pulls off a robotic Barry Allen better than when he was trying to impersonate the Council of Wells. He gives off a vibe similar to Doctor Manhattan, simply dealing out cold, hard facts rather than getting wrapped up in emotion, and his admonishment of his friends’ attempt to stop him sounds similar to “I’m disappointed in you, Adrian.” 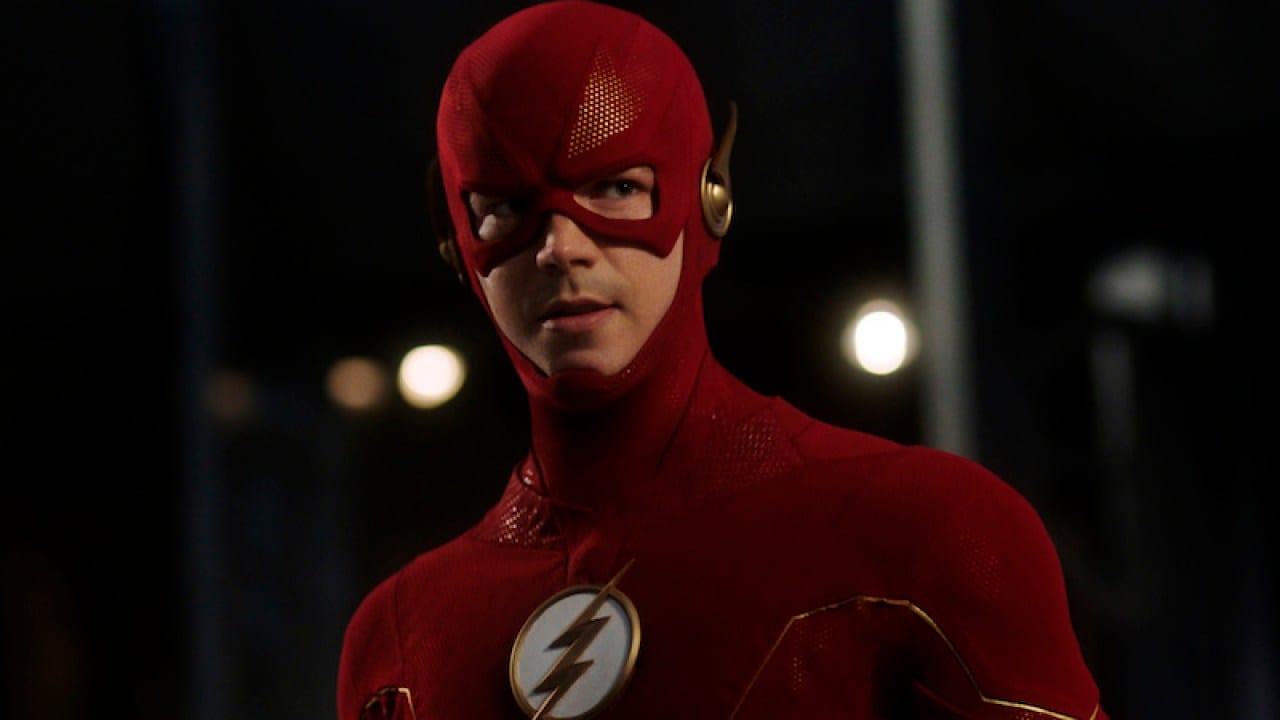 “The Speed of Thought” is a very focused episode, so there’s not much to talk about other than the main plot. It does the immense service of reiterating how essential Danielle Panabaker and Carlos Valdes are to the show, though. Valdes, in particular, shines, and Cisco’s presence is such a relief after being stuck with Allegra and Chester last week. I don’t know why the Arrowverse feels the need to add new characters that are just lame versions of existing ones, but Chester is nothing more than a lesser Cisco, with none of Valdes’ timing or personality. Cisco is legitimately funny, even when saying obvious lines like “You freak,” and that’s all in the performance. I would have liked if Caitlin were around instead of Frost, but either way, I’m glad Panabaker is back as well. Part of me wishes Joe were with the main three instead of Allegra (who’s still dull as dishwater), but I’m sure they would have forced in Cecile instead. Speaking of which, they just had to have Cecile talk about “social justice,” didn’t they? These shows wield their politics like a hammer; thankfully, it was just the one line this week. And the stinger at the end is delicious; while it invalidates the big death last week, that episode sucked, so I don’t care. Nothing, not even trans-dimensional death, can keep Harrison Wells off The Flash, and that’s fine by me.

“The Speed of Thought” is a stellar episode of The Flash that brings back – and reaffirms the importance of – Cisco and Caitlin/Frost, revisits old themes in a new and fascinating way, and stretches Grant Gustin’s acting muscles. Next week is the real season 6 finale, and if it can capitalize on this week’s momentum, maybe this bumpy storyline can be salvaged.

The Flash – "The Speed of Thought"

“The Speed of Thought” is a stellar episode of The Flash that brings back – and reaffirms the importance of – Cisco and Caitlin/Frost, revisits old themes in a new and fascinating way, and stretches Grant Gustin’s acting muscles. Next week is the real season 6 finale, and if it can capitalize on this week’s momentum, maybe this bumpy storyline can be salvaged.