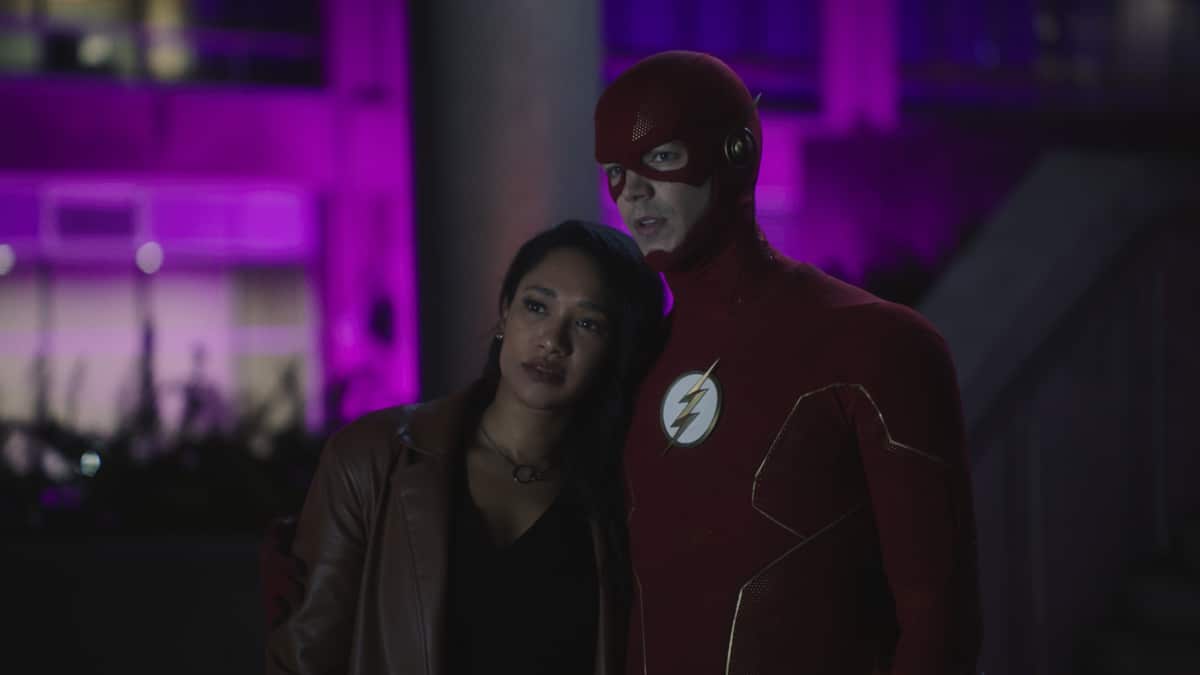 “Mother,” the season finale that is no longer a season finale but still feels like a season finale, is the perfect encapsulation of The Flash in its later seasons. Parts of it are great and harken back to the best of the show’s heyday; other parts are bad, tedious, and make you check your watch when you should be checking your pulse.

Team Flash tries to save a convulsing Iris. Barry makes a drastic decision about his powers. Eva finally reveals and begins to enact her evil plan. A long-lost friend may hold the key to saving the world. Joe is around for over a full minute; the audience buys lottery tickets.

“Mother” dovetails nicely from last week’s “The Speed of Thought” by showing the ramifications of Barry’s turn towards the utilitarian. His friends, previously unconscious after their doomed attempt to stop him, quickly realize that the old Barry is back, and they do it because they watch his desperation to save Iris. It clear on his face that Barry isn’t scared because of Iris’ use in stopping Eva; it’s because he loves her, and he’s scared to death that he’s about to lose her. Grant Gustin is excellent once again, and while he’s playing the Barry he’s been playing for seven years now, he’s jumping back to that after portraying a very different Barry last week and doing it exceptionally well. It’s through his performance that we see that this isn’t the new robo-Barry as quickly as the others do; it’s in his face, in his voice, in his eyes. And Carlos Valdes plays off this change perfectly, going in the blink of an eye from cautious and fearful to jumping to his friend’s side. The actors really make this show, and they’re so comfortable in their roles that they can stretch their performances like this.

That familiarity is crucial to “Mother” because it returns Barry to his position as the champion of the immediate good. Having seen what divesting himself of his emotions has wrought on others, especially Iris, he gives up his speed and shuts down the Artificial Speed Force, deciding that no Flash is better than a cold-blooded Flash. Now, he can’t sacrifice anyone like he may have just done to Kamila and Singh, but he also can’t do much to stop Eva. And Eva, in grand villain fashion, pulls him into the Mirrorverse to tell him so, rubbing his powerlessness in his face while insisting she’s the good guy. She also reveals her grand plan – she’s going to duplicate everyone on Earth and replace them with their mirror copies in a bid to end man’s inhumanity to man. This is handled rather clumsily; the show never built up to Eva’s goal, instead letting her just run around destroying Black Hole tech. She even invokes Ramsey Rosso, the character who should have remained the antagonist for the entire season, and the comparison does her no favors; Ramsey was much more compelling, and his villainy escalated naturally rather than just being thrown in so an ill-defined bad guy could do some season finale stuff. But it works insofar as it makes Barry feel defeated, powerless to stop what’s coming. Then, the universe throws him a bone. 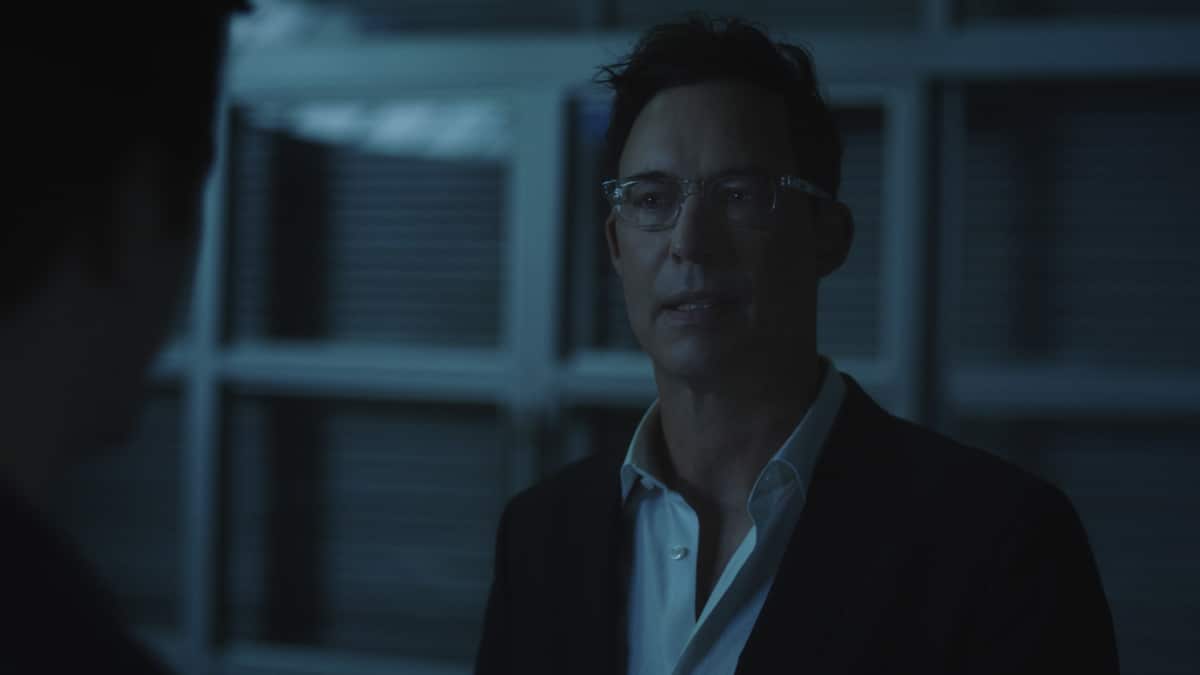 As suggested at the end of “The Speed of Thought,” Harrison Wells yet lives. And this is the original Harrison Wells of Earth-1, the guy murdered and replaced by Eobard Thawne. Wells explains to Barry that Nash’s destruction of the many Wells doppelgangers left a minuscule amount of energy that resurrected the only Wells still in existence. And now, Wells can travel through time, which proves helpful because he has all the answers Barry needs to save the day. According to Wells’ theory, the Speed Force never truly died, as it’s an elemental part of the universe. That means Barry can tap into it once again and get his powers back the natural way. And the secret to doing that is, unsurprisingly, Iris. When he touches her, Barry feels the spark he once did years ago, the one that let Iris know he was the Flash. She is his conduit to the Speed Force now, the constant she always represented on an emotional level. Wells confirms that Joe was right last week; Barry’s true power is his heart, and his heart is always pointed toward Iris. Another of the show’s strengths is finding new ways to explore its central themes; the previous episode did it with the ethical questions, “Mother” did it with Barry and Iris’ love for each other.

So, everything was on track for a great ending to last season and the Eva arc. Then, “Mother” drops the ball with one of the worst climaxes to an action story this side of Alias’ season 4’s “everybody’s a zombie now but not really” finale. Frost and Vibe join the Flash to combat Eva, whose mirror powers give her speed even greater than Barry’s, but it amounts to nothing more than an army of Evas shooting at the heroes with ray guns. In other words, it’s dullsville squared, and the visuals are lifeless and boring, lacking the slightest flair – even making allowances for the CW – and looking like one of those serials from the late 90s that would air on Sunday afternoons on UPN. Why not make use of Eva’s mirror powers? Have her jumping in and out of every reflective surface, punching Barry, and disappearing before he can react. Remember the fight in “Liberation”? That was a million times more imaginative than any of the action in “Mother,” and the pedestrianism of the climax takes the wind out of the episode. Even worse is the resolution, where Iris tells Eva that it’s nice to be nice, so Eva abandons her world domination scheme and goes off to the Mirrorverse, pinky-swearing that she’s totally not evil anymore and stuff. This is what we were supposed to be waiting for on bated breath for the better part of a year? This is why the Ramsey Rosso storyline was scuttled? Maybe it’s better that “Mother” didn’t get to be the season finale because once it’s over, you’re just glad the show can move on to something that will hopefully be more interesting. 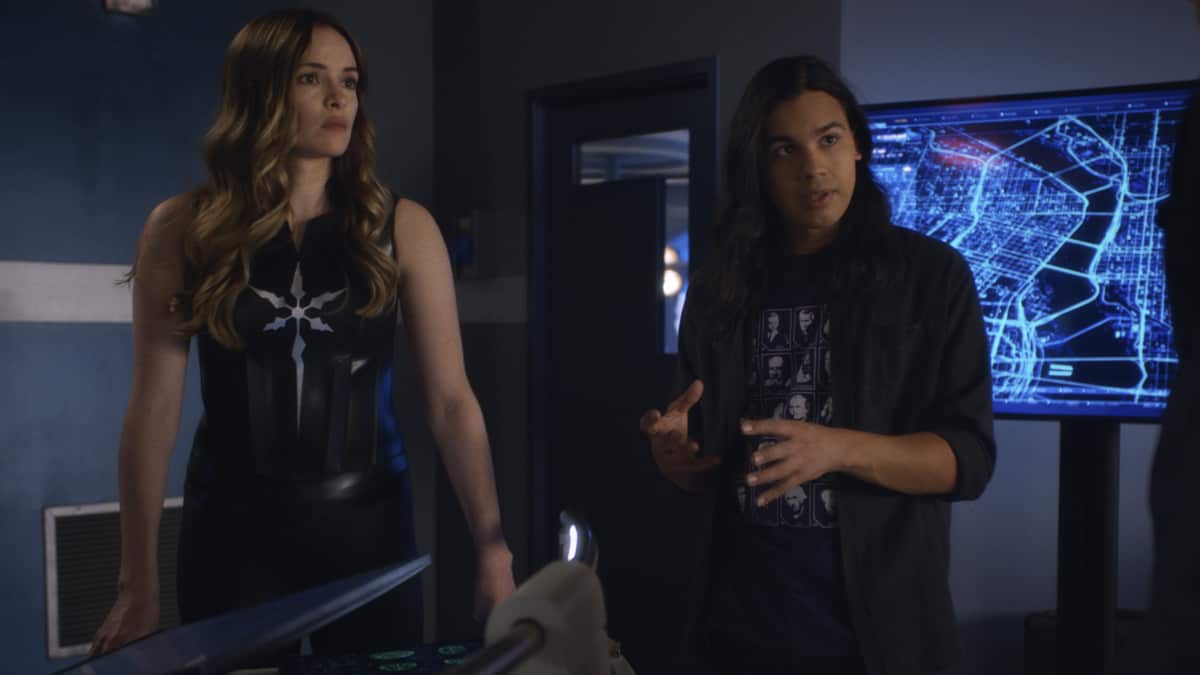 Otherwise, there are highs and lows to “Mother.” Bringing in the Earth-1 Harrison Wells was brilliant, and I was glad to see Barry and the others finally meet him. This feels like the final statement on the character that Nash could never be. Cisco’s reaction to him is just right; technically, they don’t know each other, but they still feel like old friends. And he’s got a happy ending, being able to live his time with his wife over and over. I guess this means he’ll no longer be a regular, but the door is open for him to return. I hope he takes it; the show needs Harrison Wells. It also needs Caitlin Snow, and while I like Frost, I was glad Caitlin was the persona Danielle Panabaker played for the bulk of the episode. And Joe had something to do for a change; it wasn’t much, but I’m tired of him being sidelined. On the other hand, Allegra and Chester are still extraneous, and I wish they’d go away and make room for the good characters, like Joe. And Sue Dearbon and Ralph feel tacked on as well. Sue isn’t as annoying as she usually is, but she’s a distraction who lifts right out of the episode. With Ralph, they’re clearly trying to get around Hartley Sawyer’s firing, but it’s so ridiculous and so goofy that I wish they’d just written him out and said he was off somewhere doing something else. I wonder if they’re testing the waters to see if they should recast and keep Elongated Man on the show. I’d prefer they don’t; they’re so overstuffed with characters now that he’d probably get lost in the shuffle anyway, and Sawyer had grown into the role so well that I don’t particularly want to see him replaced. And I’m eternally grateful that Sue turned down the offer to join the team.

“Mother” is a mixed bag, with some excellent moments and performances diluted by an awful climax and too many useless characters. It’s more relieving than satisfying that the Mirrorverse storyline is over; if the rest of the season is more focused, things can pick up from here.

“Mother” is a mixed bag, with some excellent moments and performances diluted by an awful climax and too many useless characters. It’s more relieving than satisfying that the Mirrorverse storyline is over; if the rest of the season is more focused, things can pick up from here.