"I lost someone too." 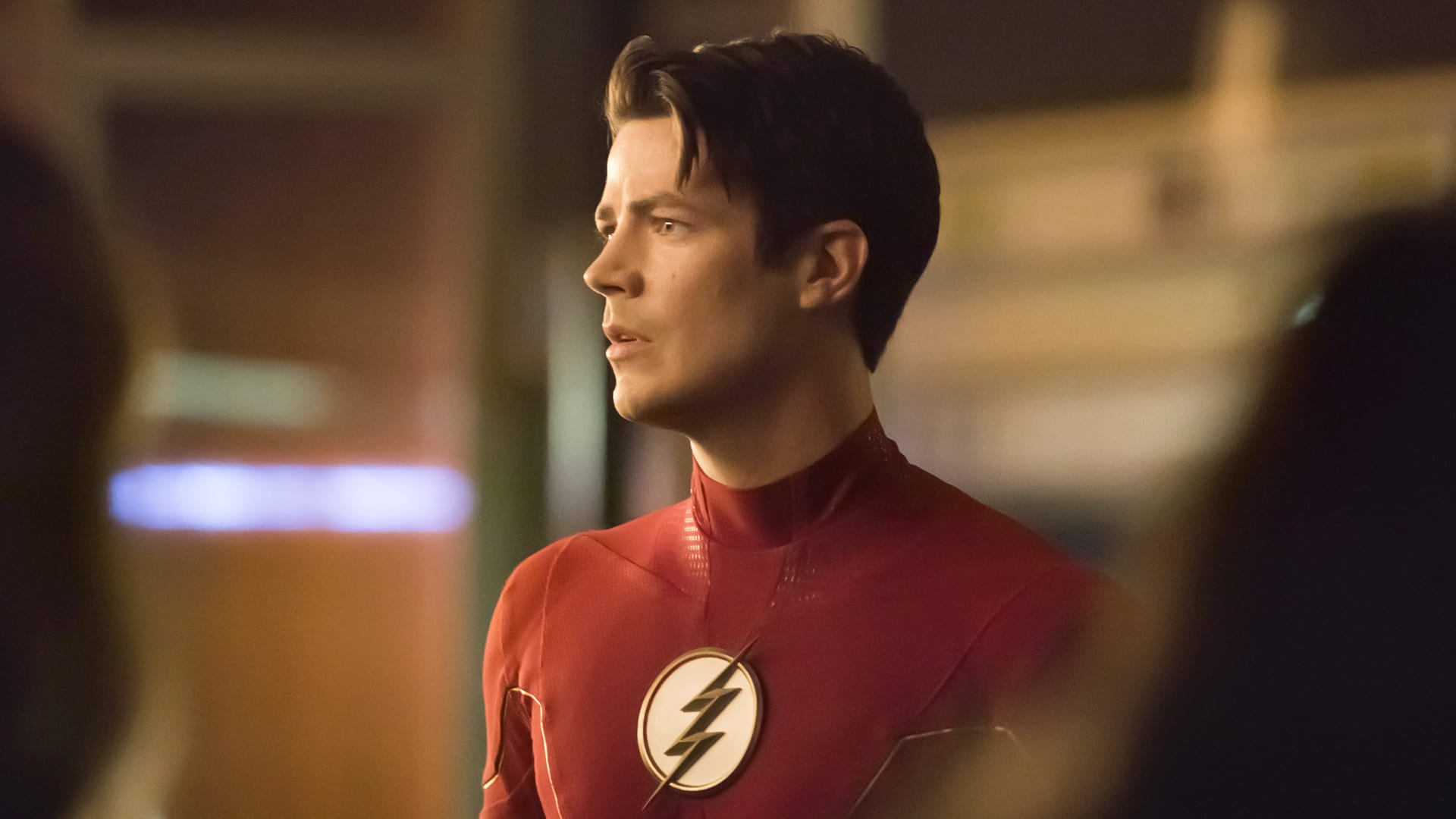 Officially, “Central City Strong” is the fourth episode of The Flash’s seventh season, but it was supposed to be the season premiere, and it shows. This week deals with the fallout from the Mirrorverse arc and acts mainly as a checkpoint for the characters to get them back on superhero track. In other words, it’s not the most exciting episode the series has delivered, and the dull wrap-up from last week makes it feel even slower. But it isn’t bad, and while its reflections on trauma are fairly rote, it works as another example of Barry and Iris’ connection.

Central City rebuilds after the showdown with Eva, but a recurring villain recurs, putting the reconstruction effort at risk. Barry goes above and beyond even a superhero’s expectations in trying to apologize to Iris for his failures. Iris has trouble resuming her reporting. Caitlin and Frost experience mysterious headaches. Allegra becomes useful; Chester does not.

The opening of “Central City Strong” is one of those sweet Barry/Iris scenes you either love or hate; I usually find them charming, so Barry setting up a romantic dinner for Iris in the blink of an eye worked for me. If it doesn’t work for you, at least this is a quick one, and it ends with what looks like Speed Force lightning crackling over Central City, much like what happened at the end of “Mother.” It doesn’t get brought up again this week, but I imagine the lightning is what’s going to bring about the main arc for the season, so it’s smart to remind people of it, especially after a forgettable finale-but-not-really.

After that, it’s into the main theme of the episode: rebuilding. The macro version is literally rebuilding a Central City that saw heavy damage in the battle with Eva. “Central City Strong” is the slogan of the rebuilding effort, and it finds its way on t-shirts and other swag. (Since Barry seems to have come up with it, does he receive royalties?) Predictably, the main cast all help with the clean-up, although you have to wonder why Barry doesn’t just rebuild everything at super speed. I guess it’s got something to do with getting people involved so that they feel like they’re taking active steps in overcoming the disaster, but that sounds like an excuse to loaf around to me. Regardless, a nemesis from episodes past soon materializes to give the Flash something to do.

That nemesis is Abra Kadabra. Weren’t you holding your breath and counting the seconds till he showed up again? I mean, he’s fine, and David Dastmalchian is good in the part, but… let’s just say I’m glad there’s a flashback to his last appearance because I have no recollection of it. Abra Kadabra is constructing an anti-matter bomb to destroy Central City, and it involves him collecting a series of small obelisks (the shape and color of which invite a joke I’m going to pretend I’m too good to make) around town. It’s mostly busy work to delay his enacting his plan till the final two acts of “Central City Strong,” but it does illustrate the lengths to which he’ll go to kill a lot of people.

Kadabra’s reason for going nuclear on the city ties into the theme of “Central City Strong”: dealing with trauma. During the Mirrorverse escapade, a lot of people went through the torture of watching doppelgangers steal their lives, and they’re trying to rebuild their psyches in the same way Central City’s citizens are trying to rebuild its infrastructure. There are even support groups for people who were imprisoned by Eva, sort of like the ones in Avengers: Endgame or the first season of Jessica Jones. Of the main characters, Barry and Iris are the most traumatized – Iris because she was trapped and duplicated, and Barry because he unwittingly left her there for what he feels is too long. Kadabra wasn’t traumatized by the Mirrorverse, but by “Crisis on Infinite Earths” (as was everyone who sat through it), where the Flash’s changing of his own history eliminated a family Kadabra had in another timeline. 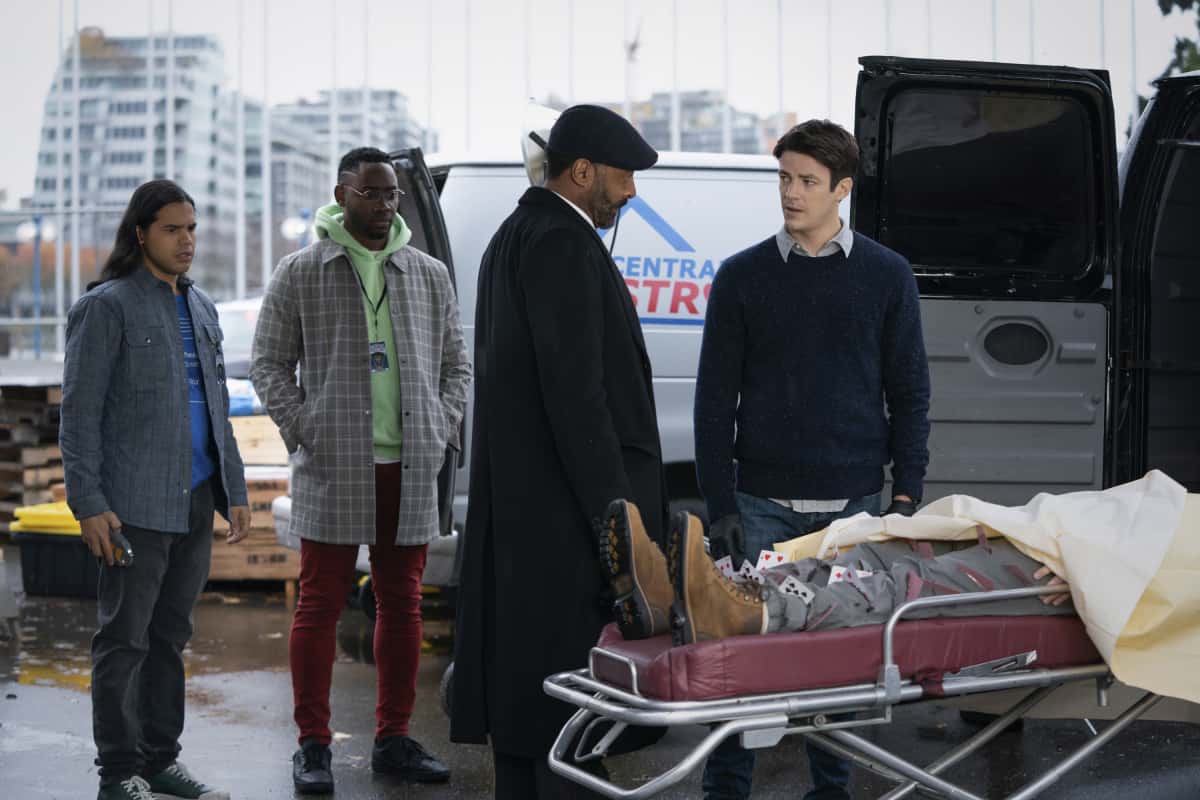 All three deal with their trauma differently. Barry blames himself because he’s Barry, so of course he does. He makes sweeping gestures to apologize to Iris, like taking her on spontaneous vacations, because he feels he has to atone for mistaking her double for her. Iris refuses to face what happened to her, and her denial manifests itself in her writing, which Allegra tells her is lifeless for that very reason. Iris has first-hand experience with Eva and the Mirrorverse, but she won’t allow herself to relive it, and she hides behind excuses like “I don’t want to make myself the story.” And Kadabra wants to undo his loss by exploding the bomb, which, deep down, he knows won’t work; like Iris, he’s masking his real intention, which is to share his grief by hurting others as he’s been hurt.

To the show’s detriment, the trauma theme of “Central City Strong” doesn’t work as well as it did in Endgame or Jessica Jones because the audience didn’t feel the trauma the way we’re told the characters did. We were there when Thanos snapped half the world out of existence, and we lost people we’d spent years growing to love on screen. And Jessica Jones showed us the horrors the Purple Man inflicted on so many in each episode, so we understood what Jessica and the others felt. But the Mirrorverse storyline was so bungled that, once it was over, we were just glad to move on; the ramifications don’t seem to fit what turned out to be an underwhelming event (so underwhelming that Barry let the nutjob responsible for it walk free because she’s totally sorry and stuff). And Kadabra’s was never even mentioned before, so all we have to work with are his memories, which come late in the episode. “Central City Strong” does its best, but it can’t quite make up for those handicaps.

Where it does work is in how it informs the Barry/Iris relationship. At first, they feed into each other’s denial; Iris accepts Barry’s trip to Monaco because it takes her away from writing about the Mirrorverse, and Barry convinces her to leave the one thing that would be therapeutic for her behind to assuage his guilt. But, ultimately, the two of them find the strength to truly overcome their trauma in each other. Iris assures Barry that she doesn’t blame him for things beyond his control, that he has nothing to make up for because he did nothing wrong. And Barry’s words to Kadabra about facing his loss make Iris understand that she, too, must face hers. And, together, they get Kadabra to let go of his anger and allow himself to heal, even giving his life to save the people he was about to kill. This may have been more poignant if it wasn’t done to fight an overgrown wrestler crafted from the worst CGI this side of Henry Cavill’s mustache, but it’s an arc nonetheless. 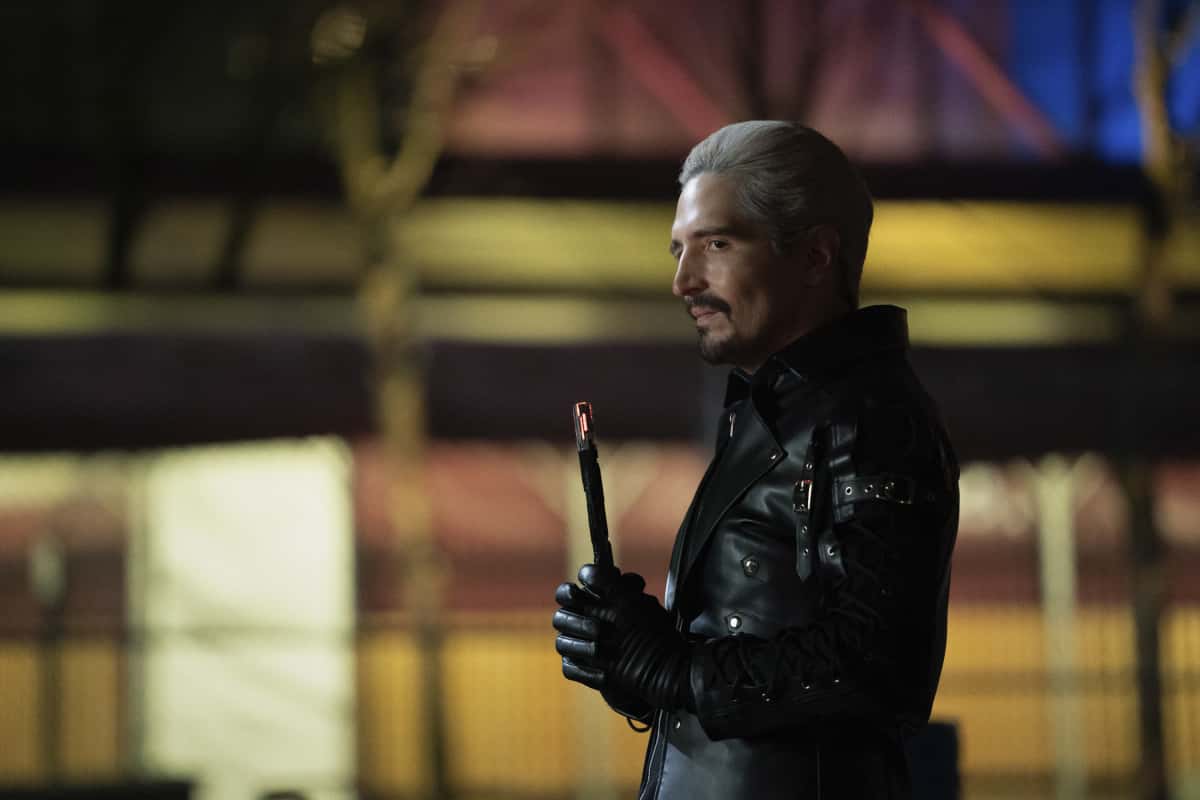 That horrible CGI is one of several lousy elements of “Central City Strong.” It’s so bad that the final threat is hard to take seriously, and now that he’s out there, we’re going to have to spend at least one more episode watching Barry fight him. Also, Barry makes some really dumb moves this week. In one scene, he knocks Kadabra to the ground, then stands still and orders him to surrender. Wouldn’t that time have been better spent punching out someone who can perform magic? Then, when he fights the wrestler at the end, Barry watches the behemoth absorb the full blast from that city-destroying bomb, so he… throws some lightning at him. I know his options are limited, but maybe don’t throw a burst of energy at a guy you just saw absorbing energy. And, while Allegra has a role to fill this week when she tells Iris her story sucks, Chester continues to contribute nothing, existing solely to steal thunder from Cisco. I better never hear the producers of this show complain about their budget because they have too many characters for no reason. On the other hand, the stinger is a great one; while I like Frost, the focus on her sidelines Caitlin, and I miss her. Separating the two not only solves this problem but opens some potentially fun new doors for the characters. (Apologies to Danielle Panabaker and her likely increasing workload; you suffer for us, and I’m grateful.)

“Central City Strong” is an okay episode that suffers from the failings of the Mirrorverse arc, awful special effects, and some dopey plot points. But the character work on Barry and Iris is strong, and the final tease for a future storyline is tantalizing.

“Central City Strong” is an okay episode that suffers from the failings of the Mirrorverse arc, awful special effects, and some dopey plot points. But the character work on Barry and Iris is strong, and the final tease for a future storyline is tantalizing.