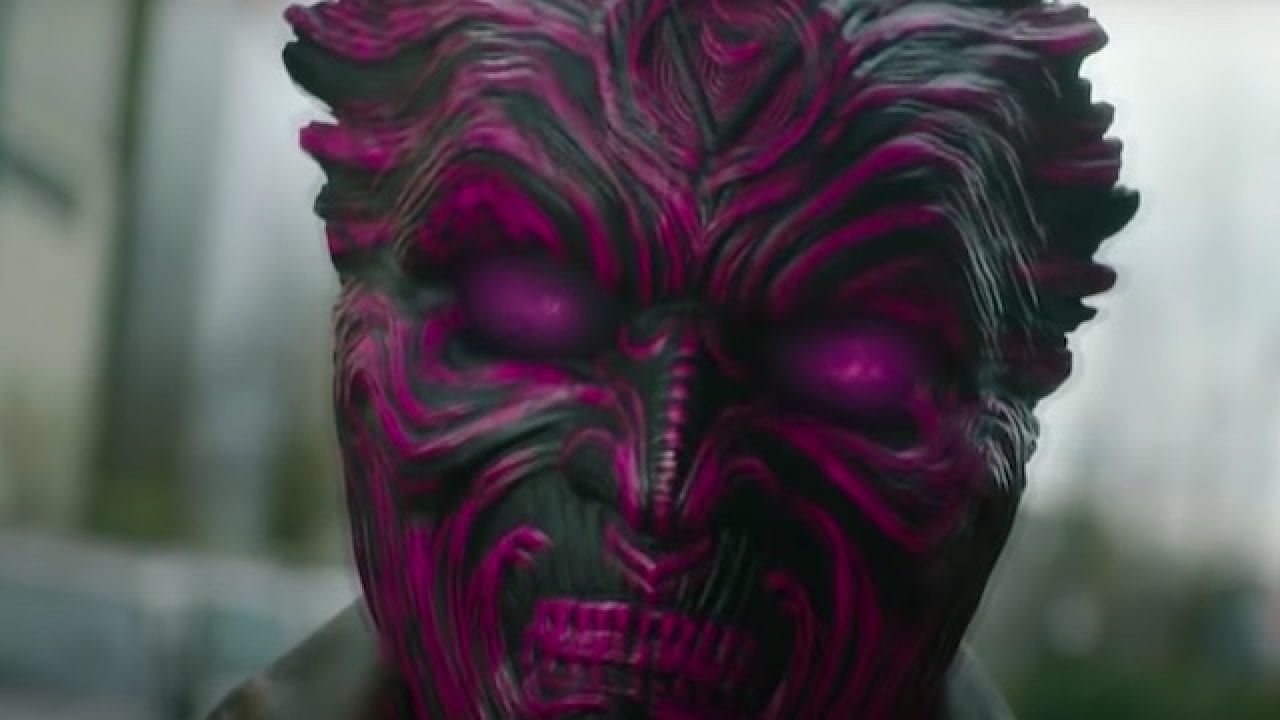 “Fear Me” is The Flash at its most mediocre. It isn’t as abysmally bad as some of the worst episodes, but it doesn’t break any new ground either. It sheds new light on Caitlin and Frost, but it says things about Barry we already knew, and it’s saddled with a derivative villain that isn’t as cool as I have to imagine the showrunners think he is (how else to explain that mask?).

While searching for last week’s hulking monstrosity, Barry faces a supernatural foe who can cause people to see their worst fears come to life. Cisco helps Caitlin find a way to merge herself with Frost again. Iris doesn’t trust a woman sent from the governor’s office to liaise with Joe.

“Fear Me” sets up its plotlines early. The awful CGI wrestler from “Central City Strong” was a woman (which… I… did… not… catch…), and Cisco gives her a name: Fuerza. And Fuerza has a buddy in the form of Psych, a guy in a weird mask who can make people afraid. He first visits Cecile, creeping her out with a bunch of jerking motions and quick cuts set to loud music like modern horror movies do to simulate fear. Not long after, the Speed Force – once again personified in the form of Nora Allen – crashes through the STAR Labs ceiling, unconscious and in deep trouble. Then there’s the Snow/Frost divide, which everyone but Frost seems to think is a problem. Are all of these things connected?

All but the Caitlin and Frost uncoupling. “Fear Me” seems to be establishing the main narrative for the season, and if it is, that’s worrying. Psych and Fuerza are lousy villains, goofy-looking and not nearly as threatening as we’re constantly told they are. Fuerze isn’t around this week to remind us how far special effects have come by showing us the primitive origins of CGI, but Psych comes off as a Scarecrow knockoff, only nowhere near as interesting or scary. A quick search told me he is from the comics but is only about two years old, so I guess they’re either scraping the bottom of the bad buy barrel or trying to boost print sales. Whatever the case, Psych sucks. His evil plan is to spread fear in order to set people free from something or other; “Fear Me” doesn’t explain it well, and that would be fine if it were kept as a mystery, but Psych’s quick rationalization seems to be genuine. That’s barely enough motivation for a villain of the week, let alone a recurring big bad. And the Speed Force indicates that Psych and Fuerza are beings similar to her; whether that means they’re also parts of the Speed Force or they’re other elemental forces, I have no idea, but they have nowhere near the presence needed to convey that kind of power. I hope these are just stand-ins for the real villain, but if they’re not, we’re in for a long season.

So, fine, Psych isn’t all that and a bag of death rays. “Fear Me” still had an opportunity to use his power to illuminate things we didn’t know about the characters. Showing us their greatest fears could tell us truths about them we’ve never understood before now. Consider that another ball dropped. What is Barry’s greatest fear? Not being able to protect his friends. Who’d have ever guessed that? This thread goes nowhere you can’t see coming right away. Barry starts off confident but is crippled with the dread of losing his loved ones until Cisco helps him find the resolve to go back into action and save them. That’s it; no lasting side-effects, no overarching theme. What’s funny is, the scene where Barry imagines finding the others dead is very reminiscent of the one in Age of Ultron where Tony Stark sees the other Avengers lying bleeding on the ground, down to someone blaming Barry as Captain America blamed Tony. But while the ramifications of Tony’s vision lasted for another four years of superhero stories, Barry is cured after about fifteen minutes. It feels so lightweight that it’s hard to take Barry’s fears seriously, which makes Psych much less intimidating than he’s supposed to be. 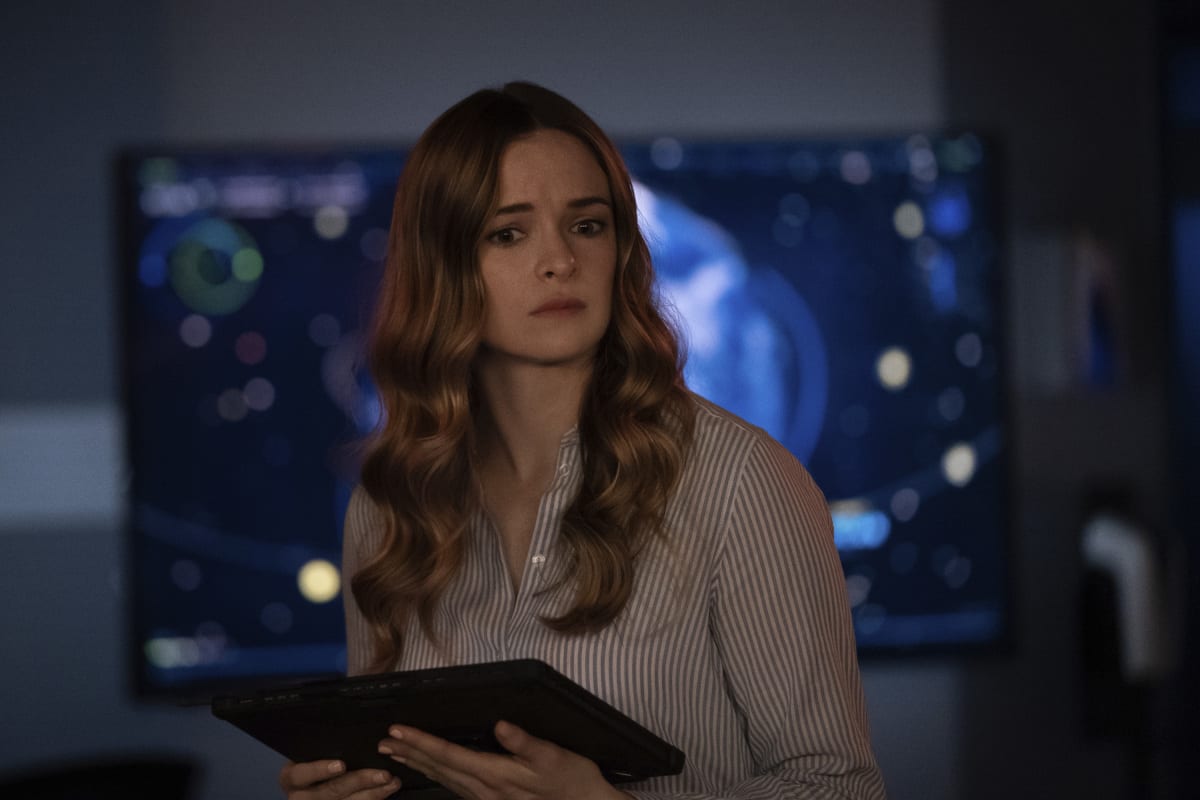 More interesting than Psych or his effects on Barry in “Fear Me” is the strife between Caitlin and Frost. A blast from Eva McCulloch’s mirror ray is what separated them, but they see their new independence differently. Frost is elated to finally have her own body, to be able to exist at all times and be her own person. But Caitlin feels like a piece of her is missing; she doesn’t see Frost as a human being but as a part of Caitlin Snow, and now that part is missing. So, while Caitlin jumps into action to put them back together, Frost tries to ensure they’ll be apart forever. On paper, it doesn’t sound overly exciting or complex, and truthfully, it isn’t, but Danielle Panabaker’s performances give it a life it doesn’t seem capable of earning. She’s eminently human and relatable as both Caitlin and Frost; I was convinced Caitlin was being ridiculous and that I’d never understand her point of view, but Panabaker sells it. Psych’s fear illusions help, too; Frost’s vision is that she’ll be turned in to the police for her crimes and that it will be Caitlin who betrays her. This is how she feels in real life as she’s facing the loss of her body; she’s about to become a prisoner, and Caitlin is her jailer. As with most things, a simple conversation solves their problems, and I’m glad the show is sticking with this new dynamic rather than undoing it to return to the status quo.

Otherwise, “Fear Me” is fine. Iris’ suspicions about Kristen Kramer give her something to do, much like her Mirrorverse antics did in episodes past. This feels more like she’s actually playing a role in the story, however, as, clearly, Kramer will be important down the road. It also brings Joe back to the forefront, something the series desperately needs, especially now that Tom Cavanagh is gone. It was nice to spend a week away from Allegra and Chester, and it just reaffirms how extraneous they are. Similarly, it was cool seeing some of the Flash’s best villains again, as well as props from others, but it also reinforces how far the show has fallen in that regard. Cecile is also much better this time, and I like how she ties into the plot; her powers actually matter here, and there’s a danger to amplifying them, even if it’s ultimately the right thing to do. It also accentuates how Barry is able to bring out the hero in others, in this case pushing Cecile to find the strength to face her real fear, which is losing control of her powers. And, finally, I loved Frost’s distaste for This is Us; I’ve never seen it, but the commercials bore me to tears, and as the child of someone who watched every schmaltzy show on TV (not my mom), I feel her pain. 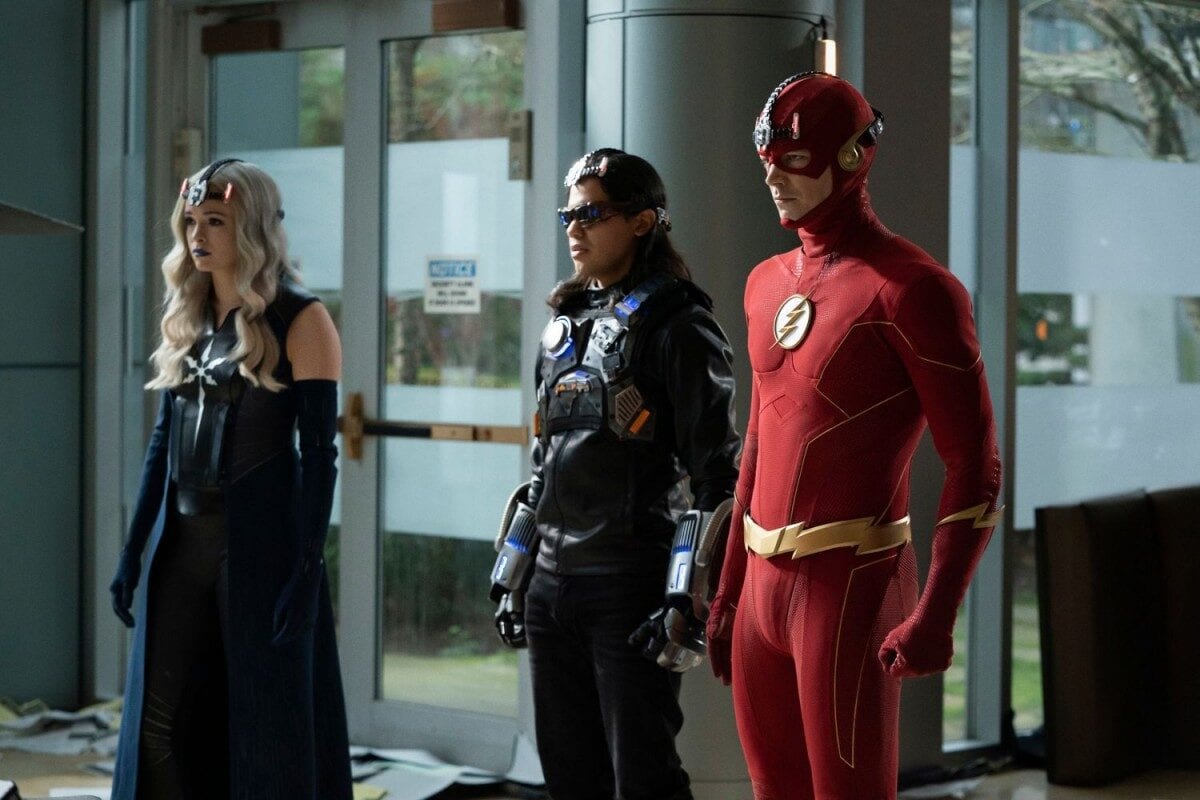 “Fear Me” is an okay episode in general, but if it’s as important as it indicates, it’s a big letdown. The villain is another undercooked disappointment, and Barry’s journey is predictable and pointless. Caitlin and Frost save it, though, and Cecile is the best she’s ever been. I just hope this season picks up soon.

“Fear Me” is an okay episode in general, but if it’s as important as it indicates, it’s a big letdown. The villain is another undercooked disappointment, and Barry’s journey is predictable and pointless. Caitlin and Frost save it, though, and Cecile is the best she’s ever been. I just hope this season picks up soon.