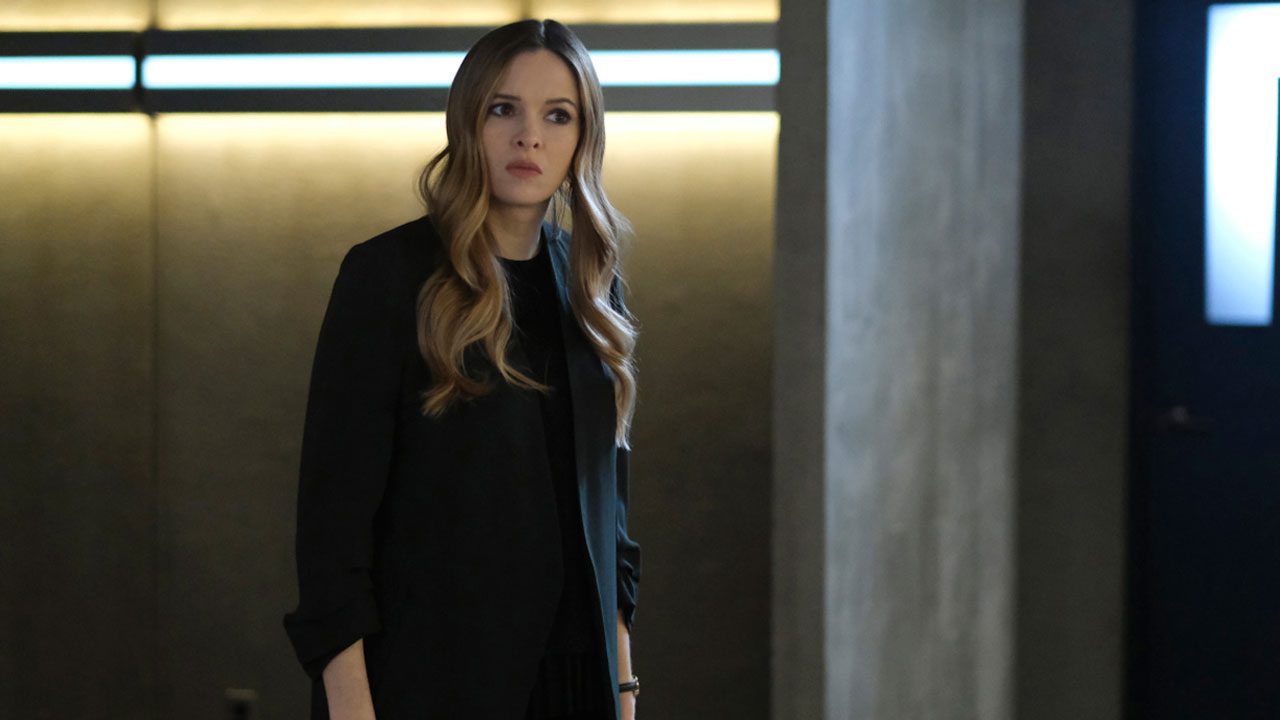 “Resurrection” does a lot for The Flash’s current season, and not just by continuing an excellent run. Black Flame finally comes into its own, a different long-running theme returns (or is… no, I’m going to hold the title pun in my pocket for a bit), and another engaging moral quandary presents itself. But, maybe most importantly, this episode is all about Caitlin, and after watching her fade into the background for so long, it’s cathartic.

While Barry and Chester finally develop a way to contain Black Flame, Caitlin believes their conflagrating nemesis is actually Ronnie Raymond, her long-dead (or so they thought… cue ominous music) husband of, like, five minutes. Caitlin believes Ronnie is asking for her help and is determined to bring him back to life. Iris’ time-displacing predicament worsens, and Sue’s lack of a deft touch with Tinya finally goes too far.

“Resurrection” had me at “hello,” because I’ve wanted more Caitlin Snow for the past couple of years. She’s one of the few remaining original gangsters, and she’s felt like a hanger-on for a while. Part of that is because Danielle Panabaker had a child in real life; then, once Frost showed up, she took a lot of Panabaker’s screen time. Both are understandable – people gotta live, and a superpowered rebel tough girl sounds better on paper than a reserved scientist who thinks before she acts and doesn’t, as a rule, fight bad guys. But Caitlin is a fantastic character, relatable and human in her grief and love for her friends, and on The Flash, she’s a lot more fun than she’d be in lesser hands. I like Panabaker as Frost, but she can be so subtly hilarious as Caitlin before breaking your heart with a wistful sigh. It’s easy to see why she and Barry became so close, with her struggle to shine through the difficulties life inflicted on her mirroring his. “Resurrection” is the perfect Caitlin episode because it brings all of that to the forefront and not only examines what a chance at happiness can do to someone who lost so much, but what Caitlin naturally brings out in those who love her.

Caitlin begins “Resurrection” where she ended “Reckless,” getting a visit from Black Flame in the guise of Ronnie. Immediately, our Spidey Sense is tingling; we know Black Flame can take the form of a dead person and has used that to haunt Chester. (Are any other Buffy fans getting First Evil vibes?) But the show understands that, just as it understands that despite her grief and longing to see Ronnie again, Caitlin isn’t stupid enough to fall for a ruse like this with no proof. So she finds the proof: Black Flame is made up of the same particles or matter or atoms or sciencey-sounding thing the Singularity was in the season 1 finale and season 2 premiere – the event that killed Ronnie. She also realizes that all of Black Flame’s victims are connected to her somehow. Caitlin theorizes that Ronnie has somehow been reformed into Black Flame, and now he needs her to make him whole again. The others see the logic in her conclusion, too, so the stage is set for her to save Ronnie and finally be happy.

If this all sounds way too convenient, then Barry’s right there with you. He immediately pokes holes in Caitlin’s theory. If Ronnie survived the Singularity – albeit in the form of black sci-fi fire – why did he wait till now to resurface and seek out Caitlin? Why did he approach Chester, whom he never even met? Why is he killing people? Later, Black Flame/maybe Ronnie visits Cecile, and her empathic powers pick up on something different; while she believes it’s Ronnie too, she feels that he isn’t trying to get Caitlin to save him but to help him pass on, ending the suffering he’s experiencing by being caught in a pillar of flames. Moreover, once they develop an updated version of the chest plate that allowed Ronnie and Dr. Stein to coexist as Firestorm, Chester reveals that if Ronnie doesn’t want to use it and resists the bonding process, it will trigger a nuclear explosion. It isn’t as simple as guessing wrong; a lot of people will suffer if Caitlin has misunderstood Ronnie’s wishes.

Presenting the decision in this way, the theme of letting go of one’s past pain is resurrected. (See? I was getting there.) Barry learned the hard way that refusing to let go of your past can destroy everyone’s future, and he argues that the time has come for Caitlin to make her peace with Ronnie’s death. But Caitlin is being presented with the opportunity to save Ronnie, and she truly believes this is not just an option for her but what Ronnie wants. She also correctly points out that when Barry made his mistakes – or almost made them, in the case of season 1’s finale – they all supported him, and his balking when the shoe is on the other foot seems just a smidge hypocritical. And, just like last week, they’ve both got a point; Barry’s experiences make him see Caitlin’s struggle more clearly than anyone else, but he was also afforded the chance to at least try to save his parents. Frost also tells him that he’d be singing a different tune if it were Iris’ life at stake, and Barry doesn’t respond because he knows she’s almost certainly right. But that also doesn’t make him wrong; it just means he’d be reacting differently if he were unable to think rationally, as Caitlin may not be right now. 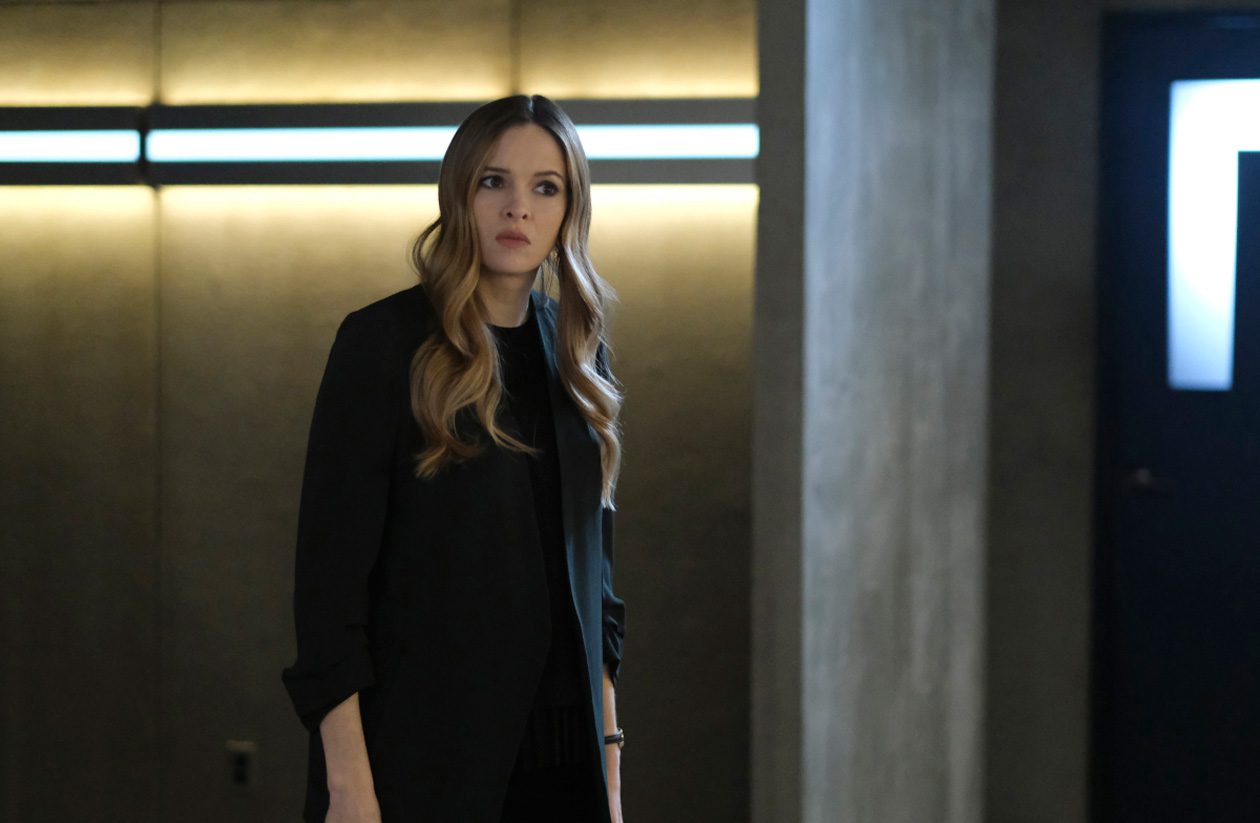 And it’s Frost who’s caught in the middle of the warring factions – which are basically Caitlin and all the people who aren’t Caitlin. When pushed, she decides that Barry and the others are probably right, and she tries to get her sister to see the logic in it, not just because of the fallout and what it could do to Ronnie but because of what it’s doing to Caitlin. Frost has been alive inside Caitlin for so long that she’s felt all of Caitlin’s pain after Ronnie died, as well as her joy when he was alive. She’s scared that Caitlin is withdrawing from her friends even more than she already has, and her drive to bring Ronnie back is the final manifestation of her inability to cope with losing him. But… Caitlin is her sister, and Frost is fiercely loyal to her, especially after Caitlin backed her last week when she was convinced Frost was self-destructive. So she returns the favor, against all good sense and responsibility, because sometimes blood means more than what’s rational. Sometimes, when you love someone, you just have to get their back and hope for the best.

What makes “Resurrection” even better is how many ideas it wrings out of this setup. It even gets metaphysical, with Chester and Allegra using their normally excruciating “will they/won’t they” scene to explore the idea of whether or not resurrecting the dead is a bridge too far for science. Certain things are beyond human understanding, and beyond our influence, and perhaps it should stay that way. (Cecile referring to Ronnie’s confinement in Black Flame as “Hell” is deliberate.) This is a surprising stance for a show that is rooted so much in science to take, especially right now, when we’re being told to view science as something divine and treat its purveyors as infallible clergymen, even when they contradict themselves. The Flash is saying that maybe there are some things beyond science, things it will never understand and shouldn’t meddle with, and in the current climate – especially in Hollywood – that’s pretty brave.

Caitlin and Frost succeed in saving Ronnie, and Barry apologizes for his lack of trust in his friend, but “Resurrection’s” final reveal upends everything. Black Flame was never Ronnie; this was another manipulation, one that would ensure Caitlin’s help in giving it a physical form beyond a wall of fire. Now, Black Flame – who calls himself Deathstorm (I had to rewind a couple of times and finally put the captions on to decipher the gravelly demonic bad guy voice) – has a body, and according to his self-congratulatory villain rant, is more powerful than he’s ever been. This ending, and the larger plot of the episode, accomplishes a few things. First, it solves the problem of the season’s antagonist being a sentient fire, which is kind of boring; we now have a real, physical bad guy with a personality for Barry to fight. It also furthers Barry’s struggles with leadership. This is the episode where I began to notice that Barry’s been different lately; he’s embracing being a leader and tackling hard decisions head-on instead of relying on others to tell him what’s right. He’s matured and accepted that he has to make a lot of these hard calls himself. He’s also mostly been right lately, which is a welcome change. Now, he’s faced with something where all the signs pointed to him being wrong, and not only is he ultimately right, but Caitlin’s refusal to listen to him has unleashed an evil they might not be able to stop. It’s another step along his journey to becoming a strong leader; Barry will now likely trust his instincts even more, and, hopefully, his friends will trust him more too. 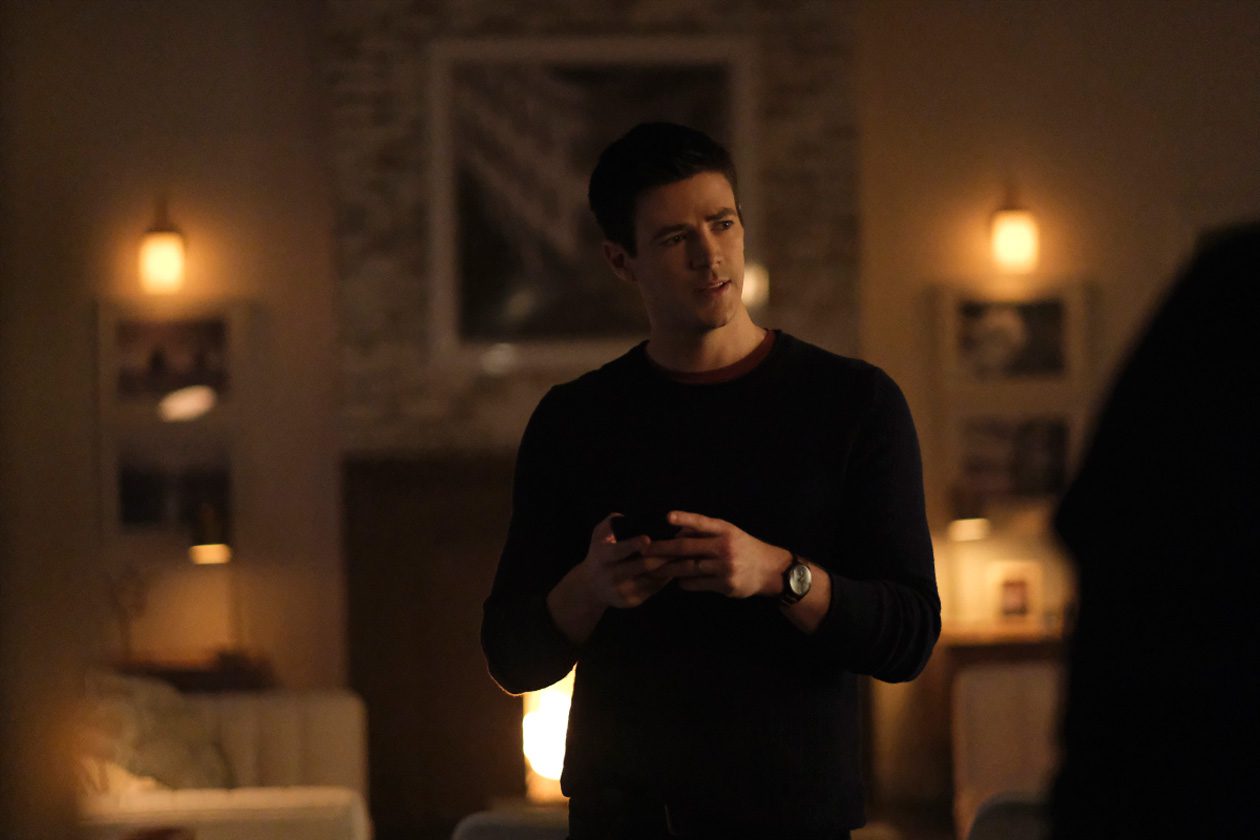 Although it looks like next week will put those instincts to the test because Iris is in trouble again. After Iris’ zapping Tinya’s mother away – and her phone, just before they could call Barry for help – Sue Dearbon’s charming bedside manner surfaces, and she orders a scared and hurt Tinya to go away while the person who seemingly killed her mother calms down. That is, of course, an oversimplification, but from Tinya’s perspective, that’s what happened. So, predictably, Tinya uses her powers to get revenge, making Iris disappear and warning a finally silent Sue that she can expect the same if she doesn’t leave this poor girl alone. So, obviously, the disappearance of her mother (who is almost certainly not dead) is the biggest trigger for Tinya’s payback, but if Sue had been a little more tactful – and not just here, but in general – maybe Tinya could have been convinced to calm down and help Iris. (It’s totally worth it to see Sue take that ridiculous karate pose, only to be completely owned.) This isn’t a problem for me; it’s actually good storytelling and character work, and it shows that, even when your intentions are good, your actions and attitude have consequences – just like with Caitlin. Regardless, Iris is in danger, and now Barry is in a similar situation to Caitlin. We won’t find out how similar it is till the next episode (which is in two weeks), but I expect him to be torn between helping Iris and stopping Deathstorm. What’s a married superhero to do?

“Resurrection” is a fantastic episode, spotlighting Caitlin at long last and examining grief and moving forward after a loss. The moral quagmires are complex once again, and Barry’s abilities as a leader continue to grow while the season’s villain finally comes into his own.