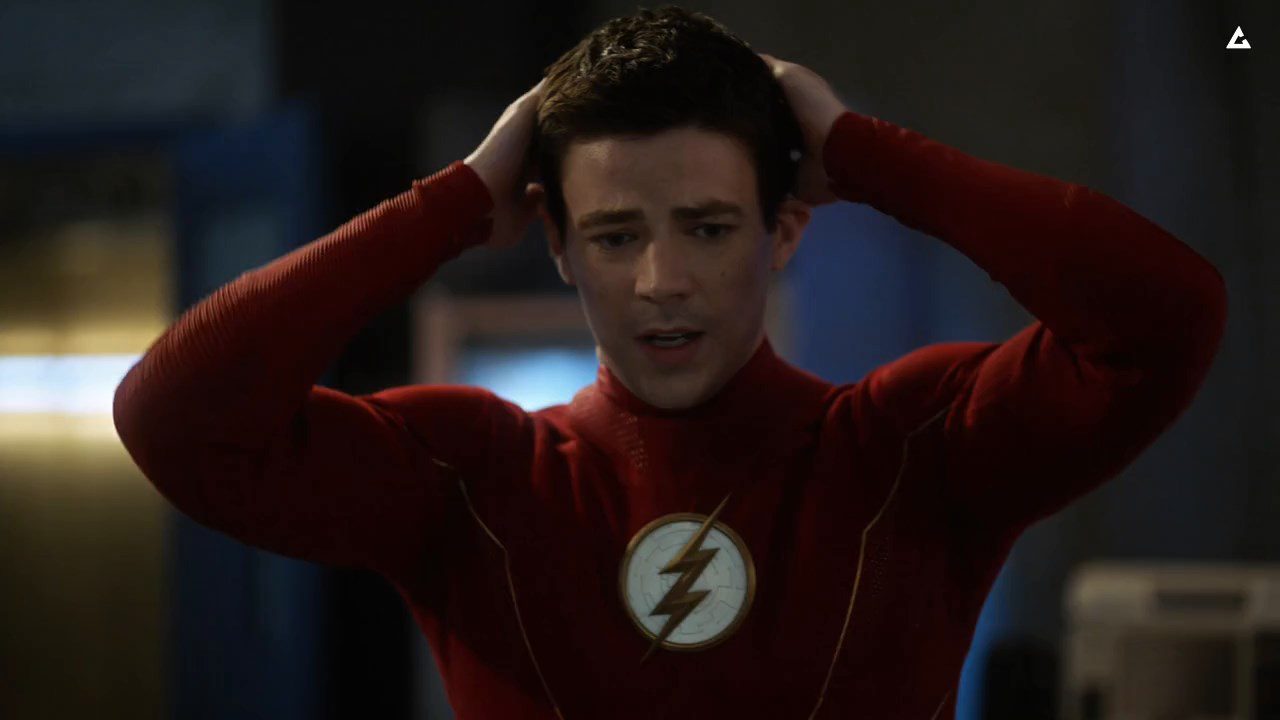 There’d been whispers that “Death Falls” would feature a big event, specifically a death. My mind went to several bad places, wondering if The Flash would lose another instrumental character, someone we’d grown to love over the years. What happens is big, sad, and impactful in ways both personal to some of Team Flash and thematic regarding what others have been experiencing this season.

As Barry and the others try to save Caitlin from becoming a demonic “bride,” Deathstorm visits each member of the team, hoping to amplify their grief. That’s pretty much it; this is another focused episode, and it’s all the better for it.

“Death Falls” drops us back into Iris’ blast from the past, as she’s faced with Eddie Thawne, her former fiancé who sacrificed himself at the end of season 1. Of course, we know it’s not Eddie, and Iris isn’t stupid enough to believe it’s really him either. But whoever – or whatever – this Eddie-shaped being is, he makes himself right at home, acting as though nothing has changed while acknowledging his death. Rick Cosnett’s performance is much the same as it was in season 1, and that’s what makes the scene so chilling; that Eddie is back in his aw-shucks demeanor is creepier than him screaming and roaring like the unholy beast we know he is beneath the surface. But is this Eddie manifestation tied to Iris’ condition (which seems to be what they’re calling it, like an old-timey euphemism for pregnancy) or to Deathstorm?

Deathstorm, it turns out. The season’s big bad – or is he? – spends “Death Falls” appearing to Barry, Iris, Chester, and Allegra as lost loved ones, pushing them to grieve and feeding off of them to turn Caitlin into a suitable mate for him. The way this plays out reminds me of The First Evil from Buffy, another all-powerful entity that could take the form of the dead. The characters know that the visions they see are Deathstorm, just as Buffy and her friends knew that their apparitions were manifestations of the First; this is much better than asking us to believe that the characters we’re supposed to cheer for are dumb enough to fall for this trick. But Deathstorm compensates for this, as the First did before him, working past their recognition of the ruse and inflicting pain by using their confidence against them. Barry, for example, declares his acceptance of the deaths he’s faced (in a great moment that Grant Gustin masterfully executes), and Deathstorm taunts him with deaths yet to come, deaths he hasn’t experienced but will crush him. And in the guise of Chester’s father, he mocks Chester and Allegra for the feelings they suppress, telling them they’ll die having never acted on them. This is how you have the plot unfold without making someone who should be smart act like an idiot.

Deathstorm also appears to Frost, but not because he wants her to grieve. In the form of Ronnie Raymond, he tells Frost that he’s not targeting her because she’s incapable of grief or any other emotion. She’s an artificial being, a body without a soul, and she’s got nothing he wants. This is the crux of “Death Falls” – what makes someone human? Frost has never experienced true grief, but as Mark Blaine explains to her, she’s shown she’s capable of love – for Caitlin, her friends, and for him. Does someone have to start as a human, or can they become one? It reminded me a lot of Terminator 2 (so much so that I’m surprised this pop-culture-conscious show didn’t make a reference to it), with a cold being designed for strictly mechanical means discovering a capacity for humanity, specifically for love. Like the Terminator, Frost has transcended the limited purpose her creator intended and become one of us, the savior of those she was never meant to understand. But also like the Terminator, our salvation (not gonna go there) comes with the ultimate price. So, after a final assurance that the woman we were told had no soul saved the sister who meant everything to her, Frost dies at peace, knowing that Caitlin is safe. Ironically, Frost also dies fulfilling her original purpose; but instead of being a strictly utilitarian act, this one comes wrapped in a beating heart, chilled though it may be. 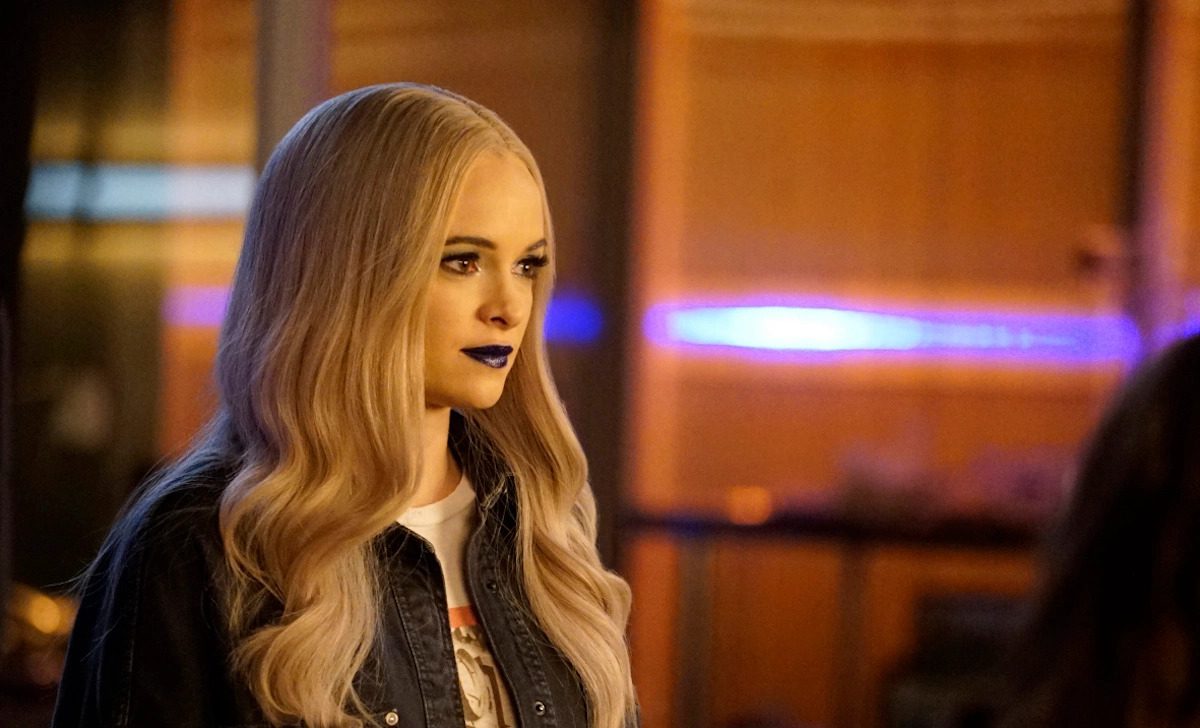 Frost’s death works not just because it cements her arc, but in what it means for the villain. Deathstorm is similar to her in that he’s supposed to be a cold, cosmic entity that wants an orderly universe devoid of the messiness humanity brings. But his actions throughout the season, the murder and mayhem and torture, are because he’s lonely and wants to have a companion. The guy who hates love is consumed by a desire for it, and he uses the grief that made him to hurt others so that he may have the warmth they feel but he can’t. His pronouncements about himself are as much a lie as those he makes about Frost. The episode doesn’t get into it – and I wish it did – but I suspect the reason Deathstorm tries to convince Frost of her inhumanity is that he knows how dangerous she is to him, that her love for Caitlin would be his undoing, and he wants to eliminate that possibility. I mean, why else would he bother with her? That it backfires so spectacularly is the poetic justice he deserves. And in the end, Frost causes more grief than Deathstorm ever could, and she does it by saving others instead of killing them. This grief, though it’s sad and painful, is positive, an affirmation of the humanity in her friends and family as opposed to an attack by an enemy. As she proves her own capacity for love, she brings it out in the objects of her affection.

But as much as “Death Falls” does Frost justice and makes her death matter, I’m a bit disappointed in certain things. For one, they eliminated the main villain with a third of the season still to go. In Deathstorm, they’d finally found a decent nemesis for Barry after a lot of duds (excepting Despero, who was sort of a mini-boss before the season started in earnest). But now he’s gone, and he doesn’t feel as impactful as he could have had he remained. I suppose the rest of season 8 will be about Iris’ condition, but that doesn’t feel like a threat in the way Deathstorm did. This is why I was convinced he was behind it; tying them together would have made Iris’ subplot more important. Of course, it’s possible he’s not really dead; it would be a great twist if the grief the others feel for Frost ends up granting Deathstorm the power he needs, but I think they would have done that in this episode if that were the case. Also, I’m now confused as to what Deathstorm is supposed to be. First, he claimed he was an ancient cosmic being, but then they discovered he was created seven years ago in the Singularity. That made a certain amount of sense; he was trying to make the good guys fear him, so he got his Lovecraft on. But now he’s once again talking about being older than the stars themselves. Some clarity on this would have been nice. 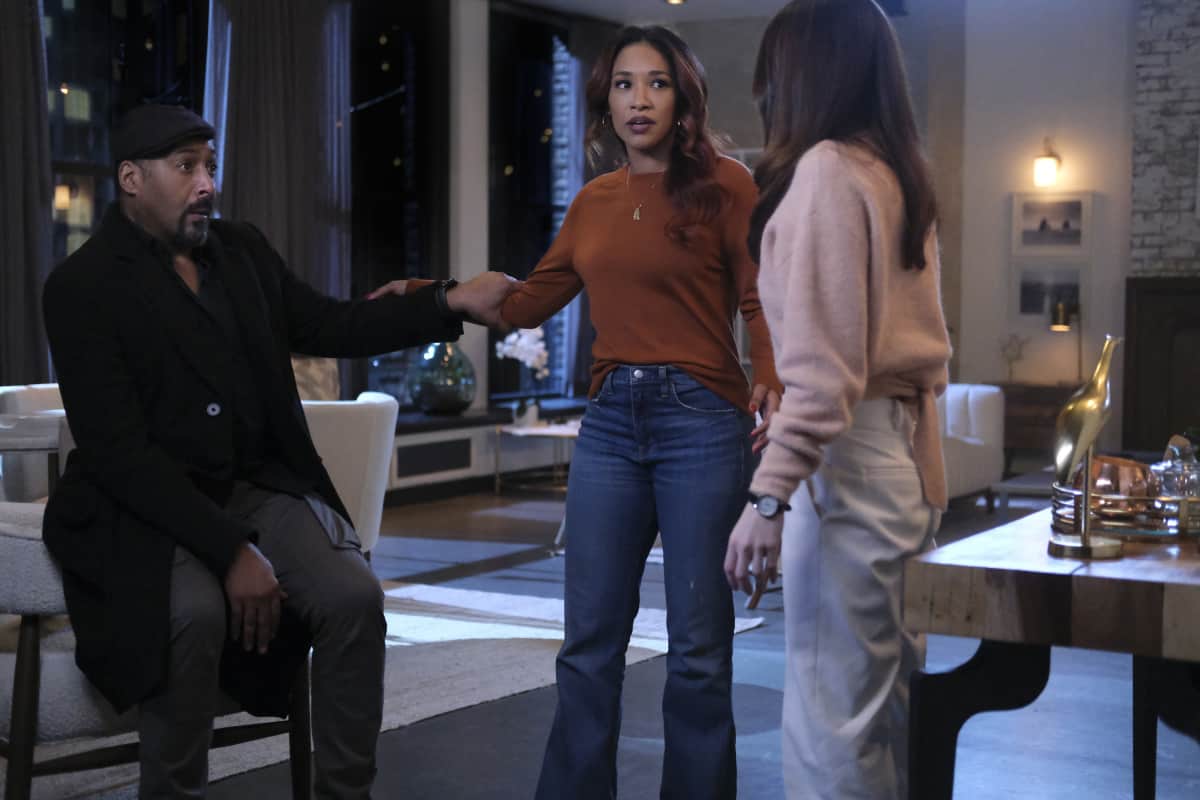 But it gets some things right too. “Death Falls” is the first time I’ve actually liked Mark Blaine. And, as with Chester and Ralph, the secret was in toning down an obnoxiously wacky character and letting him act like a person instead of a cartoon. Jon Cor acquits himself quite well this week, and I believed his love for Frost here in a way I never have before, where it was couched in bad jokes, exaggerated gestures, and atrocious line delivery. It makes me regret thinking badly of some of the actors because these instances prove that they’re not the problem and are capable of making their roles likable and relatable. Now, if only they’d figure this out in time to save Sue Dearbon. Speaking of Sue, while she still grates with her every word, I loved the move she pulls with the phone and the payoff when Joe shows up to blast Eddie away from his daughter. It’s a short-lived victory, but appreciated nonetheless. And I also love how a plot that focuses mostly on Frost also acts as the culmination (perhaps; seven more episodes) of Barry’s arc and does so subtly. He makes leadership decisions that reflect the various lessons he’s learned throughout the season. He trusts Frost to risk her life and take down the bad guy; he runs in to support her only when she needs it; he rallies the others – Blaine in particular – to hold back as he is and let Frost do her thing; and, in the final moments, he accepts his own limitations, knowing that even though he made the right decisions, they lost a friend. There are a number of ways this can play out from here, and I’m looking forward to seeing how Barry continues to grow.

“Death Falls” rounds out some of the main characters’ arcs through triumph and tragedy, redeeming one recurring player while dropping the ball on another.