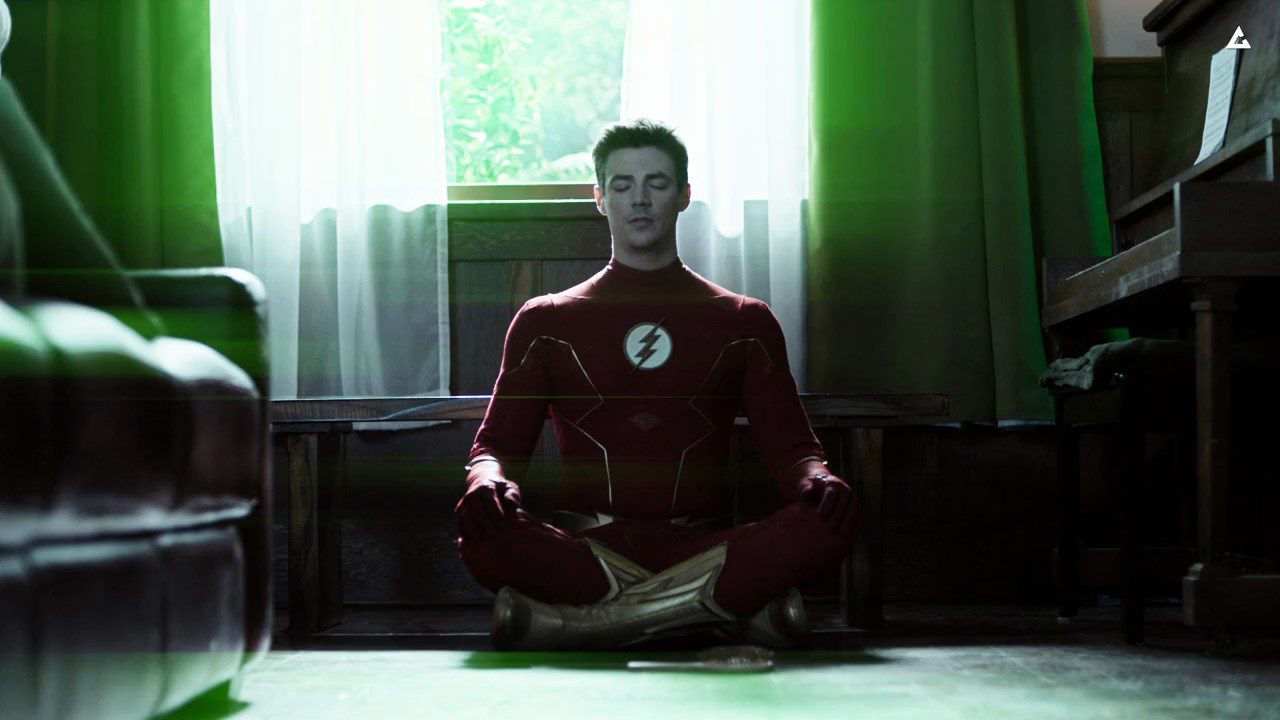 Iris’ disappearance at the end of “Funeral for a Friend” takes center stage in “Into the Still Force,” a building block episode that inches Barry closer to saving his wife without closing out the storyline yet. It’s a bit more unfocused than The Flash has been this year, with a couple of subplots that don’t affect the main one. But there’s some good stuff here, too, including a much better use of a recurring character than her last appearance.

When Barry notices that Iris has gone missing, he formulates a plan with Deon to get her back, but Joe wonders if Barry is being too impulsive. Caitlin implores a hesitant Blaine to help her resurrect Frost. Kramer asks Chester to help her investigate a mysterious explosion in an apartment building.

“Into The Still Force” wastes no time establishing Barry’s desperation to find Iris, as he notices she’s not where she said she’d be while trying to bring her bagels from a new place with “Brooklyn” in the title. This is kind of funny and reminds me of those pizzerias in various states that have some variation of “Authentic New York Pizza” in their name. (Pro tip: these places universally suck; you’d be better off with Domino’s.) Beyond simply learning that Iris is gone, Barry’s actions communicate how frantic he is; he shows up at STAR Labs to look for her without saying much to anyone, then zooms to Coast City to ask Tinya for help in finding her, and – after being predictably spurned by the girl who thinks Iris killed her mother – quickly agrees to follow Deon’s lead and enter the Still Force. Having all of this happens quickly is necessary to get the episode going, so tying its suddenness into Barry’s fear and recklessness is a smart way to have it make sense.

That recklessness is a grave mistake. Early on, Joe senses that something is off with Deon’s plan and cautions Barry against being so receptive to something he doesn’t even fully understand. This ties into Barry’s journey towards becoming a stronger leader that has been running through the season; each time he falters in his development, it’s been because someone he cares about is in danger. Now, it’s Iris, and nothing will stop him from doing whatever it takes to save her, including rational thought. Joe is, once more, the steady anchor for Barry, the father trying to guide his son without becoming overbearing, and while Barry has gotten better at heeding Joe’s advice, his fear gets the better of him this week. The relative maturity of both men is illuminated in the contrast between them; Barry, while he’s grown, can still be ruled by his emotions, but Joe is calm, reserved, and willing to let go despite facing the prospect of losing two of his children.

Joe is right, of course. Deon’s plan is to follow a particle he placed in Iris to find her, and once they emerge in the Still Force, he guides Barry through it, pulling him away from some compelling and important visions to get there. When they locate the particle, Iris is nowhere to be found – but that’s no skin off Deon’s nose because he seems not to have cared in the first place. Deon absorbs the particle and takes off, stranded Barry in a Speed Force version of his old home, the one where Joe raised him and Iris. This acts as Barry’s “dead zone,” an area of the Still Force where time exists in a kind of loop. Now, not only is Barry no closer to finding Iris, but he’s stuck in the Still Force too, and Deon is off doing whatever it is he’s been planning all along. The symbolism of Joe’s house being Barry’s dead zone is spot on; its connection to Joe represents the guidance Barry ignored, and its importance in Barry’s formative years reinforces the notion of Barry’s entrapment, running in place instead of running towards Iris. 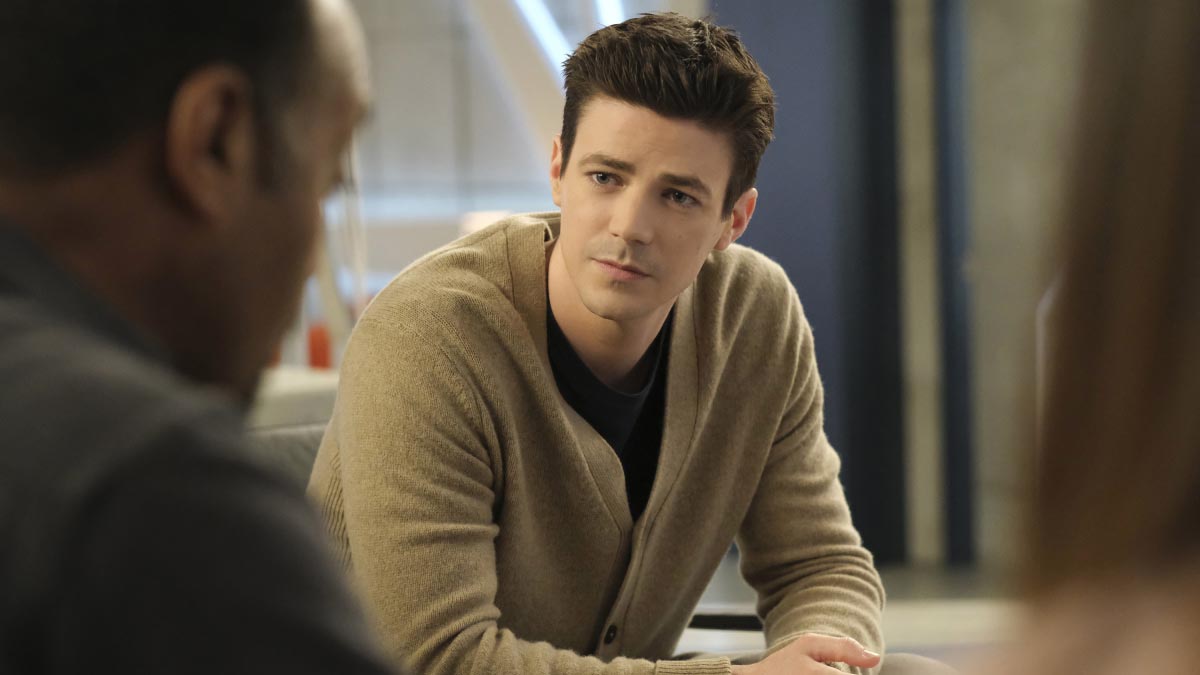 But all is not lost because Joe’s house also represents family, and Barry’s family is the key to his escape. In this way, the house is the encapsulation of the Still Force. The Still Force is a place where the past, present, and future exist as one. In the dead zone, Barry is stuck in the present, and Joe is the past that could have stopped him from stepping into an interdimensional tar pit if only he’d listened. It’s the future that will save Barry, and that is embodied in his daughter. Deon lures Nora (much better here than in the abysmal “Impulsive Excessive Disorder”) into the Still Force, where she ends up trapped with Barry, but because Nora is with him, Barry is able to figure out a way to escape – a piece of the Still Force he and Iris created that still exists within him. He then shares the unstable Still Force remnant with Nora so they can keep it alive and use it to get back to reality. And the “anchor,” the key to helping Barry find the Still Force remnant, is Iris’ hairbrush, which disappeared earlier in the season and, Nora assures him, will reappear in the future. Father, mother, and daughter are all working together, whether consciously or not, and they save Barry and Nora.

Iris is another matter, one that will have to wait. “Into the Still Force” may point the way to saving Iris, but it leaves some questions. First, why did Deon betray them? Was it desperation similar to Barry’s? Deon’s would be self-preservation as opposed to saving Iris, and if he’s in as bad a way as he seems, this is plausible. Or is all of this Deon’s doing, part of some bigger plot? Related to this, why did Deon bring Nora into the Still Force? If he just wanted to save himself, maybe this was his way of apologizing to Barry, giving him the means to escape once Deon was safe. If he’s got something evil going on, it could be that he wanted to make sure Nora couldn’t get Barry out – inadvertently doing the opposite. Or, maybe it’s a bit of both; Barry and Nora say that the Still Force remnant they used to escape is gone; was forcing Barry to use it Deon’s way of ensuring Iris would be stuck in the Still Force? Whatever is really going on, we’ve got some breadcrumbs to follow towards the answer. 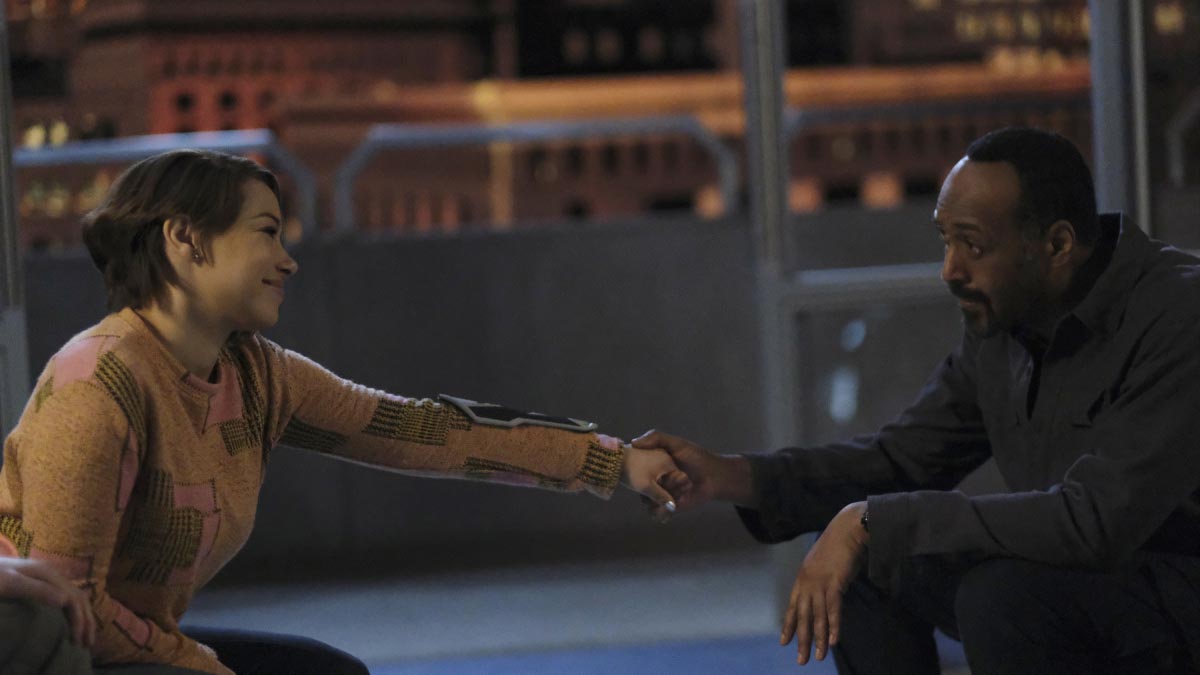 There are clues to more than just the main plot, actually. “Into the Still Force” functions as one of those prophetic dream episodes Buffy used to do, “Restless” being the most famous. Barry’s sojourn in the Still Force shows him images of the future, and these are things we can expect to see on The Flash. For example, he sees Allegra and Taylor arguing; since they’ve been on a collision course since “The Fire Next Time,” this will certainly come up soon. He also finds Tinya’s mother, who is trapped in the Still Force as Iris is; maybe this will be the key to convincing Tinya to help save Iris. When he taps into his Still Force remnant, he mentions Nora having a wife one day, and her identity is emphatically not revealed, suggesting she’s either someone we know or someone we will know. In that same moment, Barry refers to someone named Max but doesn’t elaborate. I don’t think we’ve met anyone named Max yet, so this could point to a future storyline. A lot of groundwork is being laid here, and it’ll be fun to see how it plays out later.

But this is mostly setup for the future. In terms of the episode itself, not a whole lot happens in “Into the Still Force.” Barry may be closer to finding Iris, but how is guesswork right now. Deon might be evil, or he might not be. The subplots net about the same results. Blaine doesn’t want to help Caitlin bring Frost back, but then he does. Chester thinks he inspired evil with his podcast, but he actually inspired good – or at least an attempt at doing good. Chester’s subplot at least sets up some kind of future development when a mysterious hacker steals all of STAR Labs’ computer files; with Caitlin and Blaine, we remain exactly where we left them, planning to restore Frost to the land of the living. It’s a decent episode and will surely prove to be important down the line, but it isn’t anything spectacular in the moment.

The Flash – "Into the Still Force"

“Into the Still Force” is a building block episode that exists more to set up future plot points and storylines than to be a story on its own. There are some fascinating ideas and intriguing breadcrumbs to follow, but it’s not something that demands a revisit outside of doing your homework for the back end of the season.