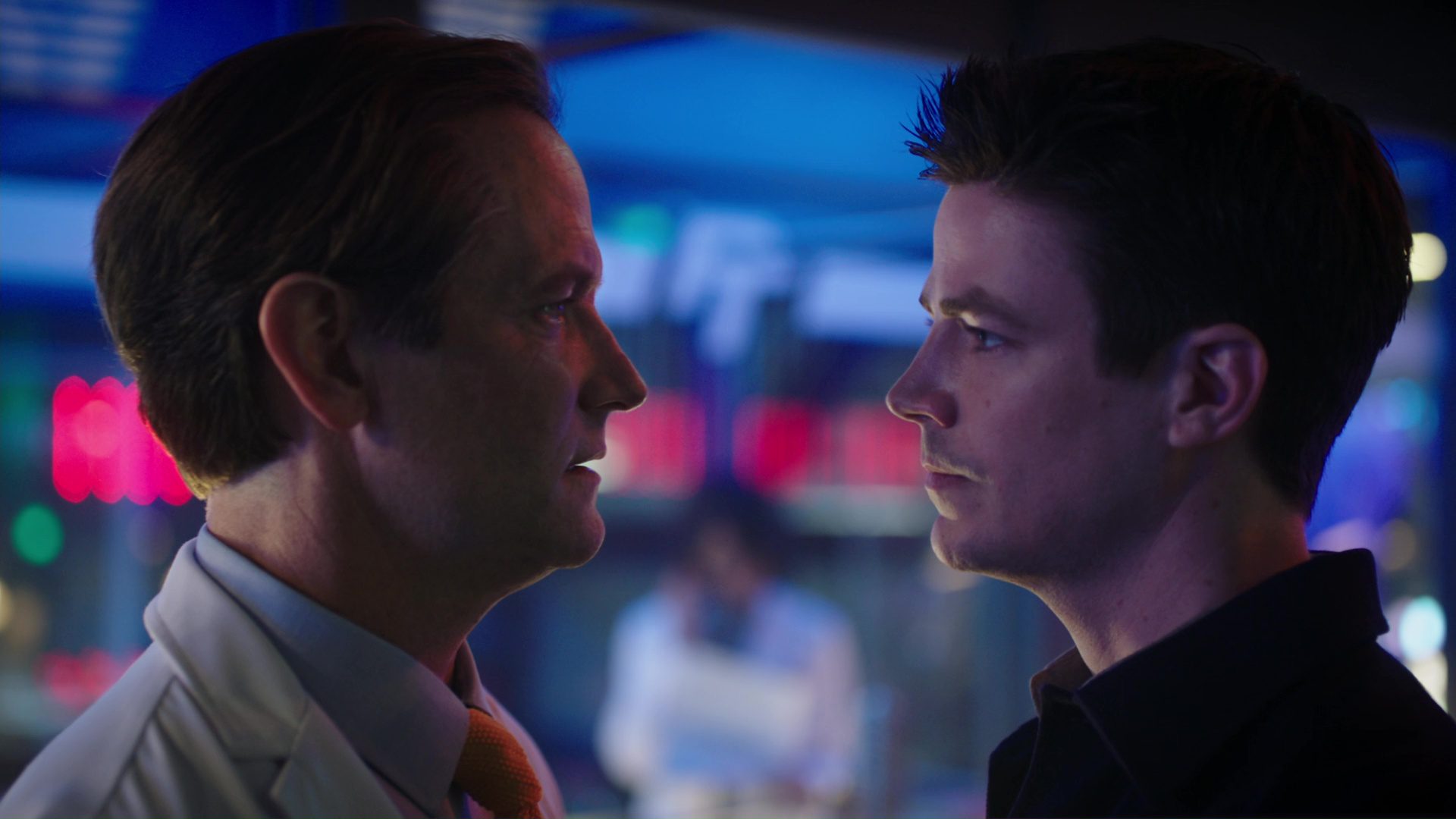 “The Man in the Yellow Tie” is the episode where The Flash’s streamlined season finally catches up with it – much like a certain yellow-garbed supervillain always does with Barry Allen. The central plot is strong and thematically rich, but it’s shoved aside by subplots that have no bearing on it and serve only to establish threads that will be picked up later.

Barry trains Meena to use her speed, but an accident during a run makes him suspect her powers may come from a darker place than he thought. His fears worsen when he meets her lab assistant – a familiar face sporting a yellow tie. In his ARGUS cell on Lian Yiu, Eobard Thawne gets a surprise visitor with a tempting offer. A dangerous situation reveals an evolution in Cecile’s powers.

“The Man in the Yellow Tie” begins with a voiceover narration from Meena similar to the ones Barry used to give. It reminds me of how much I miss them; hearing Barry say, “I am the fastest man alive” at the top of each episode set the tone for wonder and adventure, and it’s a shame they did away with it. But Meena’s callback to it establishes her as the focal point, with her getting faster as Barry has her chase him through the woods. But an accident proves that she isn’t in control of herself yet, and Barry is knocked down by a blast of lightning that seems to make his own Speed Force charge fray. Is it simply Barry’s natural Speed Force being counteracted by Meena’s artificial one, or is something sinister going on with the Flash’s new trainee?

It’s the latter, of course, because otherwise, there’s no story. Barry visits Meena’s lab – a state-of-the-art facility that puts STAR Labs to shame –to study her equipment and get a better look at the artificial Speed Force she developed. But he believes he has his answer when he lays eyes on Meena’s yellow-tied assistant: Eobard Thawne. This isn’t the one with Harrison Wells’ face; this is the Thawne played by Matt Letscher (whose name really should have been left out of the opening credits – not to mention the trailer). And, according to Thawne, he has no memory of his personal life – which means he claims not to be the Reverse-Flash, or to have killed Barry’s mother or any of Thawne’s other victims. Moreover, he’s in love with Meena and helped her develop the collider that created her Speed Force.

So, what’s going on here? Is this Thawne someone new, or Barry’s archenemy returned? A quick trip to Lian Yiu reveals that the main, Tom Cavanagh Thawne – Thawne Prime? – is still locked up and without his speed. This is another Thawne – the one whose defeat led to Barry creating Flashpoint in season 3, who faced the Legends with two other Arrowverse villains (or watered-down, high-school-bully versions of them because that show became a parody of itself in the space of a single season), and, as Barry and those of us who gave up on Legends of Tomorrow long ago learn (from Ray Palmer), was reformed and sacrificed himself to save time. Barry surmises that the Time Wraiths who made this Thawne the protector of the timeline dropped him off with Meena as a reward, allowing him to find love and be happy. 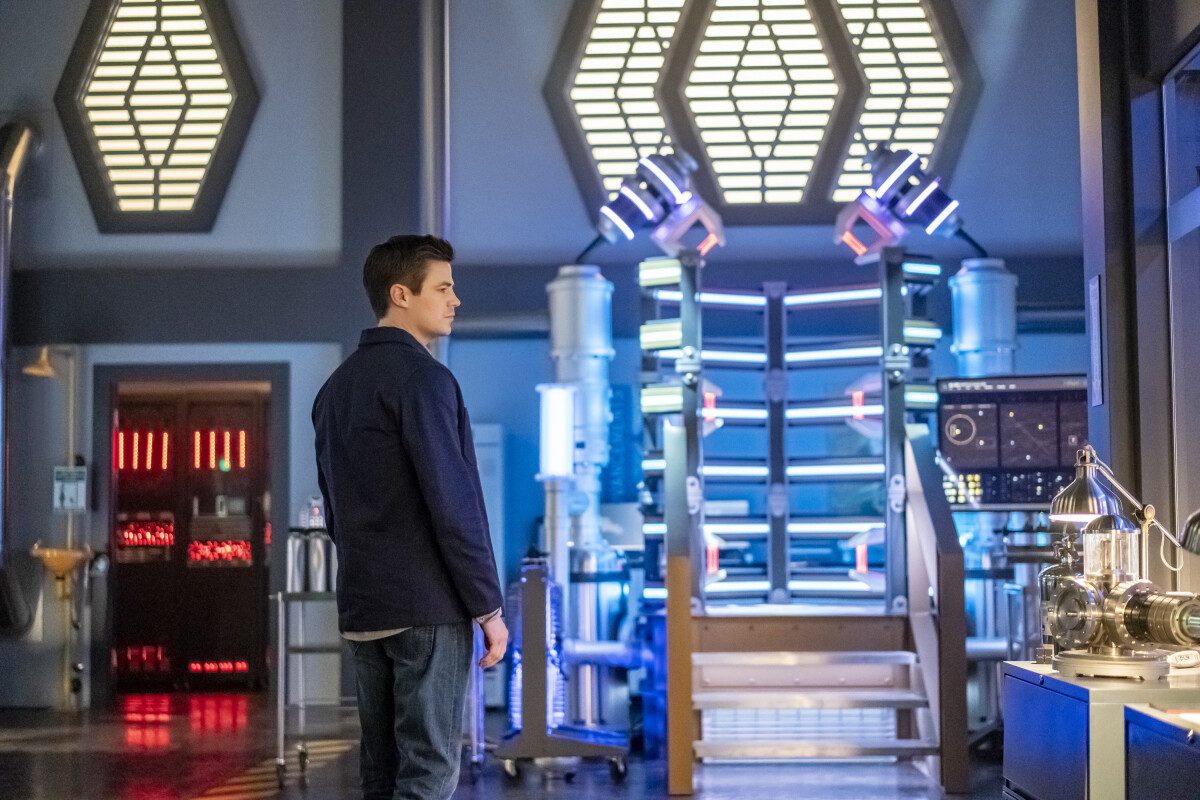 This is where “The Man in the Yellow Tie” displays the best of The Flash. Barry is now faced with a moral quandary; is Eobard Thawne worthy of forgiveness? Does this man – who has no memory of his evil past and is honestly trying to help people – bear responsibility for a lifetime of sins he doesn’t remember? Can Barry look into the face of the man who killed his mother and shake his hand in friendship? Complicating the matter is Meena, whom Barry knows is a good person, being corrupted by the Negative Speed Force. Thawne may have fixed Meena’s formula for her, but due to the source of his knowledge on time and tachyons, he inadvertently created a power source of malevolent energy. Now, the woman he loves has been corrupted, and a lot of innocent people could die. So Barry must team up with someone he hates to defeat someone he admires. (This also gives Meena’s narration new meaning; it was misdirection, as was the ending of the previous episode that suggested she’d be a long-term ally of Barry’s.)

The themes at play in “The Man in the Yellow Tie” are universal, which is why this show strikes a chord with viewers. Forgiveness is perhaps the hardest thing for Barry to grapple with when it comes to Eobard Thawne – worse than allowing him to kill his mother or letting him get away instead of finishing him off once and for all. This is the payoff to all that boring stuff from last season where Barry was trying to reform every villain he faced; now, he’s got to forgive the guy who took everything from him, and he can’t escape the decent man Thawne has become. This is also Barry growing as a leader and a hero, as he’s been all season. He’s learned when to trust, as well as to listen to his instincts, and once Thawne lays himself bare, Barry knows he’s talking to a good man. His judgment is what saves all three of them, and many more besides. 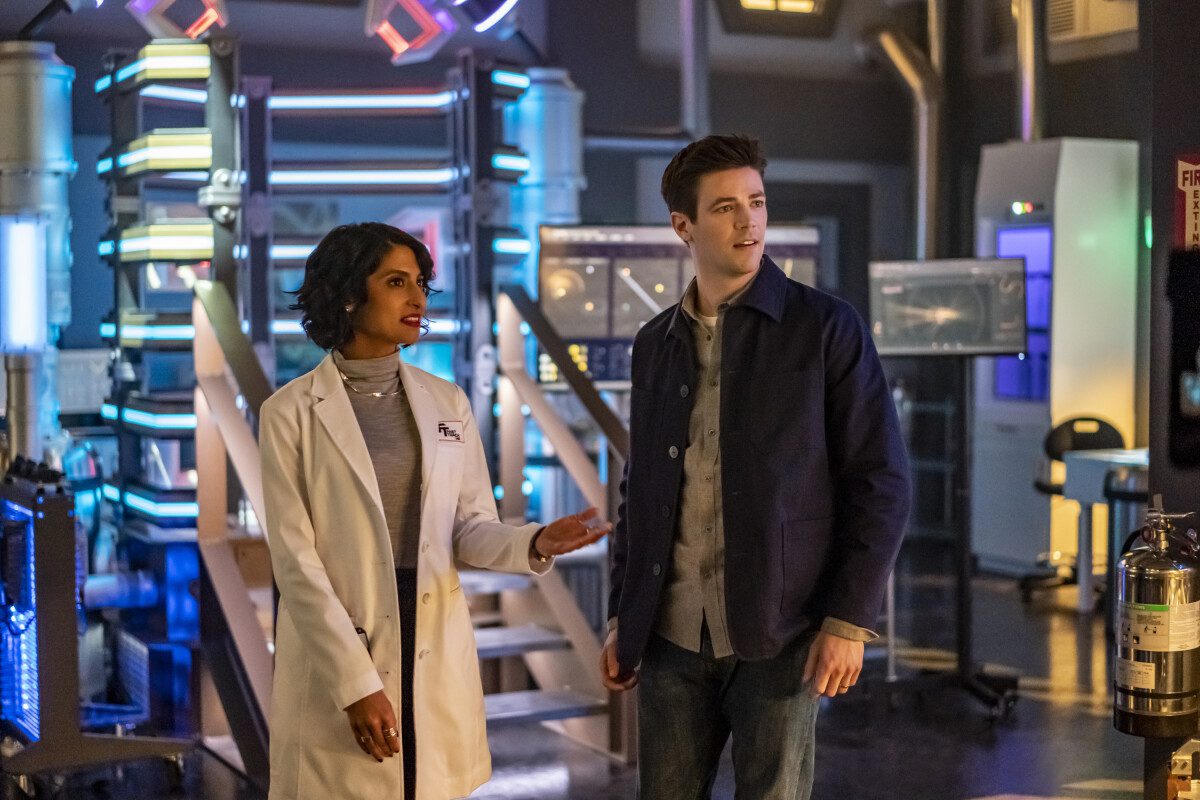 This is all good, but “The Man in the Yellow Tie” veers off in other directions at a couple of different points, and it’s jarring to see the main plot abandoned. The first is Cecile being caught in a bank robbery and discovering her powers allow her to transfer emotions from one person to another. She’s able to give the bank robbers the fear their victims feel, effectively disabling them until the police arrive. It’s a pretty cool scene, although you have to wonder how she’s going to keep her powers secret if an entire bank full of people saw her use them (not to mention why she thought the robbers wouldn’t see her going for the alarm when they’d just told the tellers not to try it). She tells Barry about it early on, but then it’s dropped until the end when she saves a woman from getting robbed or murdered in an alley. I’m sure it’ll come back, but it’s so far removed from Barry’s story that it feels out of place.

Even more jarring is an entire segment in the middle of “The Man in the Yellow Tie” that focuses on Thawne Prime and John Diggle (another potential surprise ruined by listing David Ramsey in the opening credits). Diggle has sought Thawne’s help in figuring out what he found in that metal box at the end of Arrow, and this respite from a compelling narrative consists mostly of cosmic-looking images that appear to Diggle while Thawne coaches him on how to conjure them. Diggle ultimately throws the green rock – which looks decidedly not like a Green Lantern ring, unless I’m missing something – away, telling a disappointed Thawne that accepting a responsibility of this kind would take him away from his family. Now, this is in keeping with Diggle’s character (and I like how he uses “Someone else… something else” from Oliver’s old narration), but it’s also a letdown after the big deal they made of him finding that box. This isn’t necessarily the end of the story, but it feels too much like one to be satisfying. It also seems strange that Diggle would go to Eobard Thawne instead of Barry and that he’d do all of this behind Barry’s back. 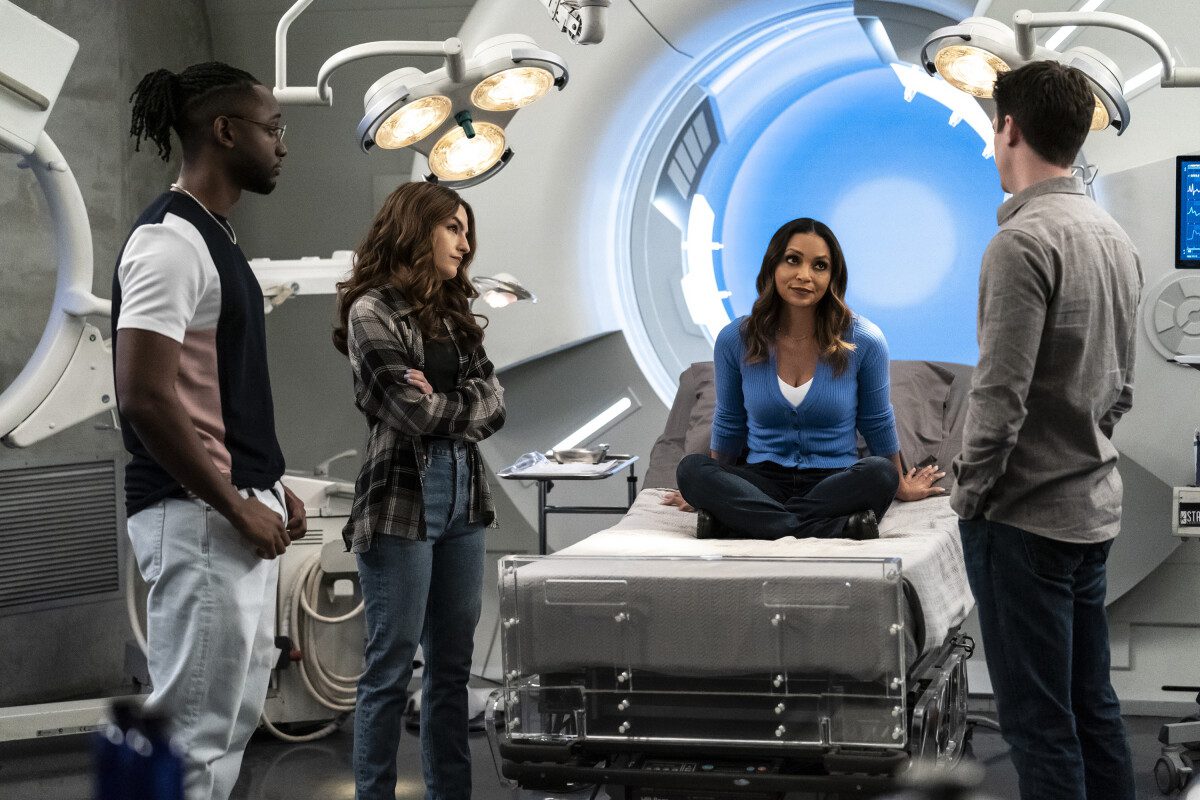 It does serve a purpose in the stinger, though, when Thawne receives a visit from Deon, who sells him a chance to “fulfill [his] destiny.” This means that Deon really is the villain, not simply a desperate man (force?) trying to save himself, which I thought might be the case in “Into the Still Force” a month ago. This means he’s also responsible for Iris’ disappearance and the instances of time displacement leading up to it. His ultimate goal is still a mystery, but it looks like he needs the Reverse-Flash to achieve it, and Thawne will undoubtedly be happy to go along with whatever Deon is planning if it gets him his powers back. (Wouldn’t it be cool if he betrays Deon once he gets what he wants?) The final couple of episodes in season 8 are a two-parter, and while “The Man in the Yellow Tie” stumbles here and there, I’m excited for the big finish.

The Flash – "The Man in the Yellow Tie"

“The Man in the Yellow Tie” deals with the kinds of universal themes The Flash excels at examining, and it paints Barry into a new and fascinating moral corner, but a couple of subplots derail the narrative, despite one leading tantalizingly into the final two episodes.