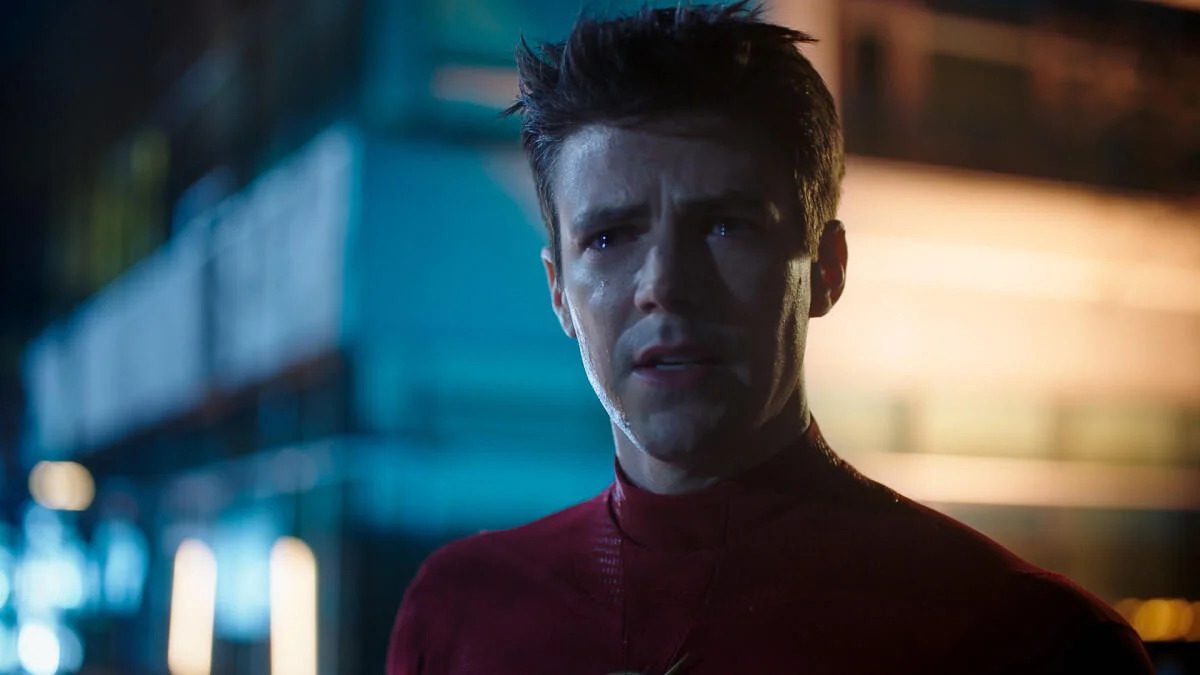 “Negative, Part 2” brings another season of The Flash to a close, and the good news is that it’s much better than “Negative, Part 1,” last week’s set-up first half. It explains some of the seemingly nonsensical plot points in that episode, although a couple of them still don’t quite hold up to scrutiny (and one is a howler). It’s also got some great speedster action, the ethical challenges that have defined the series from its inception, and a whole lot of heart.

Upon losing Iris, Barry resolves to destroy Eobard Thawne for good. But Iris’ fate may not be as clear-cut as it seemed a week ago. Nora and Bart try to keep their father from losing himself to hate. Cecile discovers the reason behind her increased powers. The Negative Forces reveal their ultimate plan, and the writers reveal that they’ve been watching the final seasons of Buffy and Angel.

We’ve seen Barry angry before, and we’ve seen him contemplate breaking his strict moral code, but “Negative, Part 2” begins with a Barry Allen so broken and consumed with rage that he’s actually scary. The newly-resurrected Reverse-Flash barely has time to taunt his nemesis before Barry fries him with Speed Force lightning, refusing to let up until he’s finally killed this monster. It’s a great moment, and it gives us some perspective on heroes like Barry. Often, we can get frustrated with them and their basic decency and unwillingness to exact the revenge we crave. If anyone deserves to die, it’s Eobard Thawne, and the argument in favor of the greater good has perhaps no better example than him. But watching Barry give in to that impulse is disturbing because he’s always been able to rise above it, no matter how much he’s lost. But Iris is the last straw, and only his children’s pleas pull him back from executing Thawne. Still, Barry is determined to find Thawne and kill him, even if he has to traverse the Negative Speed Force to do it.

Barry’s fall to darkness highlights something else that’s been a recurring plot point on The Flash: Iris is his lightning rod. She keeps him tethered to his humanity. Without her, he’s losing himself. But in “Negative, Part 2,” we find the same holds true for Iris. Instead of dying last week, she was transported into the Time Stone, her incorporeal essence materializing in that apartment where a reformed Damien Dahrk now resides. Does this sound familiar to Angel fans? It should, because this is essentially what happened to Spike after he disintegrated while sealing the Hellmouth at the end of Buffy. And Iris is able to return to life in our world because she focuses on Barry, just as he always does on her. Now, some may criticize this as being too quick a return for Iris, but honestly, did you believe she was dead? I think I prefer that they didn’t insult our intelligence and just brought her back. What does bother me is the explanation for her survival: she’s a “survivor” who hasn’t reached her “potential” yet. What the hell does that mean? It’s a nice sentiment and all, but shouldn’t there be some practical reason why she’s alive? I’m pretty good at suspending disbelief, especially in sci-fi/superhero/fantasy stuff, but give me something!

Regardless, I like to see The Flash returning to these themes and finding new ways to explore them. Barry and Iris being separated from each other removes their constants, and that manifests in different ways for both of them. Barry becomes a vessel of pure vengeance, while Iris feels empty and defeated. And while Damien Dahrk is able to remind Iris of what Barry means to her and encourage her to reach out to him with the faith that he’ll always be there, it takes more for Barry. Talk isn’t enough; he’s got to actually see and feel Iris to know that his lightning rod is still there, making him be more than he thinks he can be. When she returns to him, he can finally remember who he is and what he does best, and it’s not murder. The later seasons of The Flash have emphasized Barry and Iris’ partnership, having them lean on each other and draw strength from each other when at their lowest (though it got off to a rocky start with that “We’re the Flash” nonsense), and it’s surprising how many times they can come back to it without cheapening it. 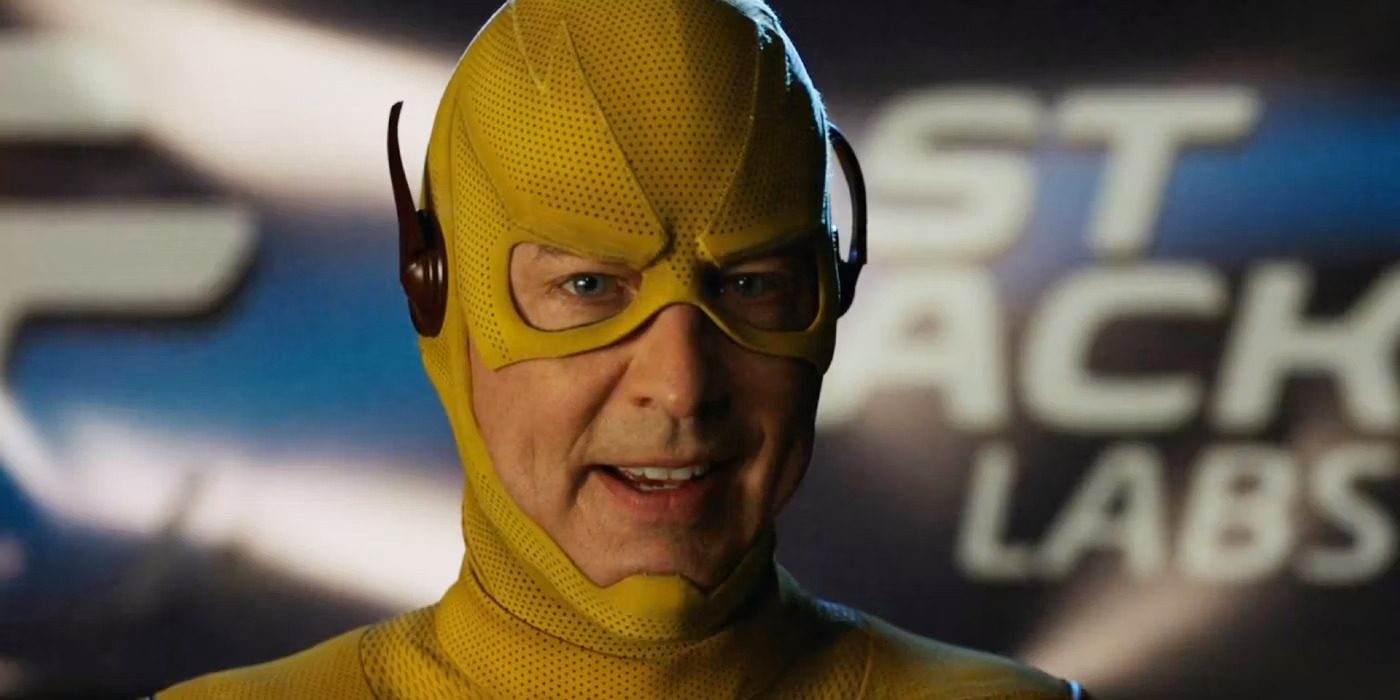 Barry’s moral dilemma isn’t cheapened either, and “Negative, Part 2” once again pits the immediate good against the greater good. In losing Iris to Eobard Thawne (as far as he knows), Barry has finally felt the ramifications of his refusal to kill Thawne, and that creates a weight piled on by the many people Thawne has murdered and will certainly murder in the future. Joe convinced them simply to take away his powers last time, and that led to an even more dangerous Eobard Thawne and Iris dying in Barry’s arms. It would be hard not to think the universe was trying to send you a message. Each step along the way gives Barry more incentive to destroy the Reverse-Flash: Thawne’s taunting and promise to kill again, the Negative Forces giving him godlike power, and the good Forces similarly amping up Barry. But beneath it all is his thirst for revenge, and that emotion is at the heart of any plea for the greater good. With Iris’ return, Barry is able to abandon that path and be the man he truly is, the one who refuses to fight evil with more evil. In choosing good, Barry finally defeats Thawne – or, rather, he allows Thawne to defeat himself, undone by his own lust for power in classic Indiana Jones villain fashion.

There’s a lot of great stuff in “Negative, Part 2.” The ultimate goal of the Negative Forces is right out of the Buffy playbook; like the First Evil, they want to tip the balance of power in favor of evil, and they’re using Thawne as the avatar through which to do it. This works because it represents the eternal nature of Barry’s war against evil; it’s something that will always exist and transcend whichever current warriors are waging it. Thawne’s final defeat (if he is dead; this show has conditioned me never to accept that Eobard Thawne is truly gone) is not the end, nor would Barry’s have been. This effectively kills all notions of a greater good. But Barry never loses hope because he serves the immediate good, and every single life he saves is an end in itself. (The most famous Angel quote of all puts a bow on this; I’m telling you, these guys are Whedon fans!) I also love how this episode brings together virtually every plot thread in the season: Barry’s choice to save Thawne at the end of the Armageddon arc; the Time Stone and Dahrk telling Joe he’d need it one day; Iris’ “time sickness;” Cecile’s powers; Meena’s powers; Barry’s meditation in the Still Force; everything led to this. There’s even a hint at what will come of Caitlin and Blaine’s attempted resurrection of Frost. This was a great season of The Flash, and “Negative, Part 2” is a fantastic finale.

“Negative, Part 2” explains almost all of the seemingly dangling plot threads from last week, ties all of the season’s story arcs together, resurrects some of the show’s classic themes, and delivers fun superhero action.