“I thought honoring one's word was a part of the Mandalorian Code. I guess those are just stories for children.” 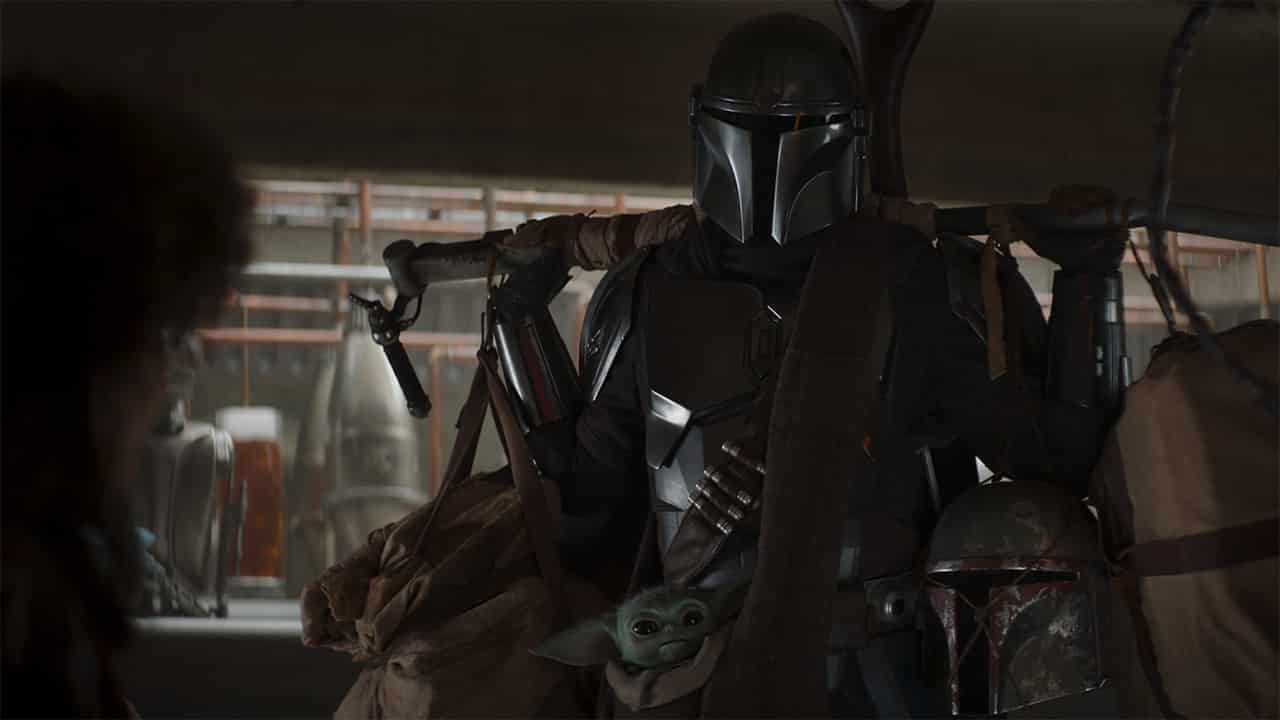 “The Passenger” picks up with Mando and the Child zooming along on his speeder. They’re interrupted by bandits who swiftly get their butts kicked. However, the last one standing threatens the Child. Mando offers to trade his jetpack for the baby’s safety, a trick the bandit falls for. Nonetheless, the speeder and many of Mando’s supplies are trashed. He heads back into town, where he finds Peli gambling. She tricks Mando into covering the bet of her opponent, who she calls “Dr. Mandible.” Mandible knows someone who has information on Mandalorians and sends them on to Peli’s shop in thanks for Mando’s generous offering. It turns out to be a woman who needs passage to her husband’s planet to have her eggs fertilized. Her husband has apparently seen Mandalorians there, making the trip a win-win except for one little snag: she has to be transported at sub-light speed to protect the eggs. Naturally, this attracts the attention of some New Republic scouts. In evading them, Mando crash-lands the Razor Crest on a snowy planet. The woman uses the vocabulator of the droid from “The Prisoner” to speak to Mando. She demands that he hold up his end of the bargain and reunite her with her husband. While he works on the ship, she takes her eggs to bathe in a warm pool. Mando and the Child catch up with her, the former insisting she and her eggs come back to the ship. The Child eats what appears to be a spider he finds in an egg from the cave. Unfortunately, this provokes an attack from the creatures, some of which are as large as the Razor Crest. They’re saved by the New Republic pilots in thanks for his actions in “The Prisoner.” They then leave him to work on the ship alone again. Eventually, he and his companions can leave the planet.

Most of the discourse I’ve seen surrounding “The Passenger” has concerned whether or not it’s filler. Personally, while I like a tight-knit story, I don’t have a problem with an occasional filler episode. In fact, a really great show can often use these side stories to explore the characters and their world without constantly advancing the main goal or plot. However, even with that being said, I don’t see how this would be considered filler. At least not any more than the last episode was, and about half of last season could be called filler. Sure, the lizard lady isn’t a main character, but this journey was undertaken to gain knowledge of the other Mandalorians. I really enjoyed “The Passenger,” and while it’s perhaps not as striking or grand as “The Marshal,” in some ways, I actually might prefer this. I didn’t find “The Passenger” slow at all, and its smaller subject matter is kind of endearing. I like how Mando and the Passenger play off of one another, and it was awesome when she saved the baby from the Krykna. She has a mother’s instincts and protectiveness, which I guess was the point of showing that. Mando and the baby also get a lot more interaction this week, with the Child, of course, stealing the show. The comedy in “The Passenger” is excellent, and this is probably the funniest episode yet. It doesn’t take away from the show’s more dramatic elements, and actually feels very appropriate. I’m frequently left wondering how they manage to make this baby cuter every single week, too. I always think it’s going to get old, but every movement and sound he makes in “The Passenger” is perfect. They convey a lot of information with so little. 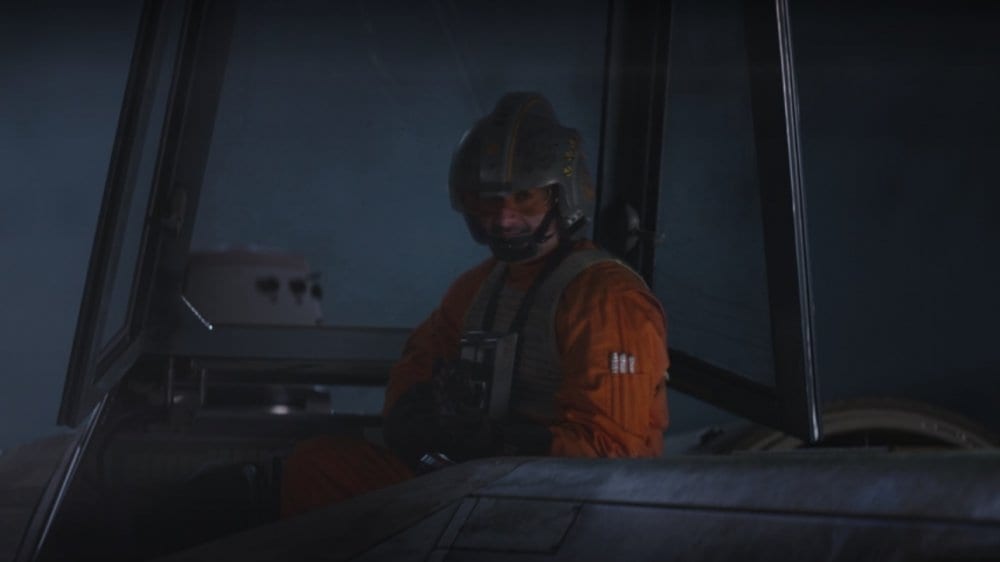 There’s also a bit of fanservice in “The Passenger,” and it’s subtle and welcome for the most part. Dave Filoni returns to cameo as a New Republic pilot who helps rescue Din Djarin and his passengers. The episode is directed by Peyton Reed, who directed the Ant-Man movies, which may account for some of the funnier moments in the episode. He sneaks in what’s probably a little reference with Dr. Mandible, a giant spider who loses to Peli at cards. The most blatant callback in the episode comes in the form of the Krykna, the giant spider-like animals that cause so much trouble for the group. These creatures were introduced near the end of season two of Star Wars Rebels. There were hundreds of them on the planet of Atollon, where the Rebels had chosen to set up their new base. However, while they (mainly Rex and Sabine) initially tried to fight the beasts, Rebels ultimately solved the conflict by other means. In that case, Kanan and Ezra were able to communicate with the Krykna through the Force and ally with them, at least enough to peacefully coexist on their planet. Here, things go very differently, but that’s okay because the circumstances are totally different. The Child is just a baby, after all. Obviously, the Mandalorian has no knowledge of the Force, let alone enough to tame the enormous spider monsters trying to eat his baby. I’m really just surprised to see the Krykna again at all. I didn’t expect this particular creature to be used again in Star Wars, especially so soon in another TV series. I can’t help but appreciate the interconnectedness, and any tie-in to Rebels is okay with me.

The acting in “The Passenger” is good, as usual, even if the best performance (perhaps ironically) comes from the person controlling the Child puppet. The Passenger is really good, too, and even somewhat cute in a weird way. Her motions are acted by Misty Rosas, who did the motions for Kuill in season one. She’s voiced by Dee Bradley Baker, who’s provided innumerable voices but maybe most notably the clones in The Clone Wars and the animals in Avatar: The Last Airbender. Amy Sedaris is quite funny, as usual, and there’s only so much to say about Pedro Pascal. He conveys so much with just the tone of his voice and a tilt of his head. Overall, I liked “The Passenger” a lot. It doesn’t reinvent the wheel, but it tells a succinct, heartfelt, funny story, and that’s enough for me.

The Mandalorian Season 2, Episode 2, "The Passenger"

Overall, I liked "The Passenger" a lot. It doesn't reinvent the wheel, but it tells a succinct, heartfelt, funny story, and that's enough for me.