“A Mandalorian and a Jedi? They’ll never see it coming.” 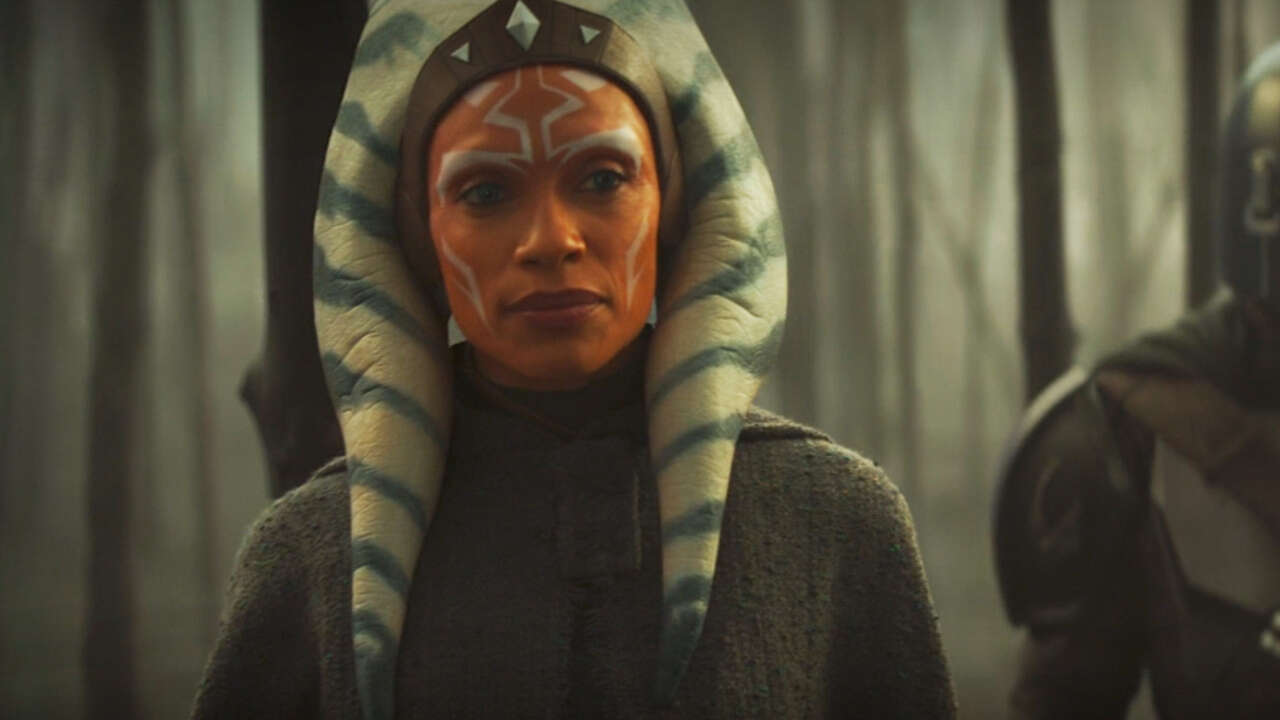 “The Jedi” opens on a battle involving Ahsoka and a pocket of imperial remnants. She seeks information from the local magistrate, but the lives of ordinary people inhabiting the world hang in the balance. Mando and the child arrive on the planet where Ahsoka lives, and Din immediately starts asking for information on her. The magistrate tells him exactly where he can find her in the hopes that he’ll kill her. However, when Ahsoka finds him, he tells her about Bo-Katan, and she takes an immediate interest in the baby. She reveals that Grogu is the baby’s name. Ahsoka is reluctant to train Grogu because she knows what the fear and attachment he feels can do to a Jedi. However, Mando offers to help her with the magistrate and her warriors if she’ll train the baby. Ahsoka re-enters the town and produces Mando’s pauldron, claiming to have killed him and asking the magistrate where her master is. As Ahsoka fights with the guards, Mando shows up and helps her dispatch them. Ahsoka faces the magistrate, defeats her, and asks where Grand Admiral Thrawn is. Ahsoka insists that Mando take the beskar spear meant to be his payment for killing her, saying it belongs with a Mandalorian. He heads back to the ship to get Grogu. However, Ahsoka reiterates that she can’t train him because of his connection with the Mandalorian. She tells him of a planet with an ancient temple where Grogu can choose his own path. 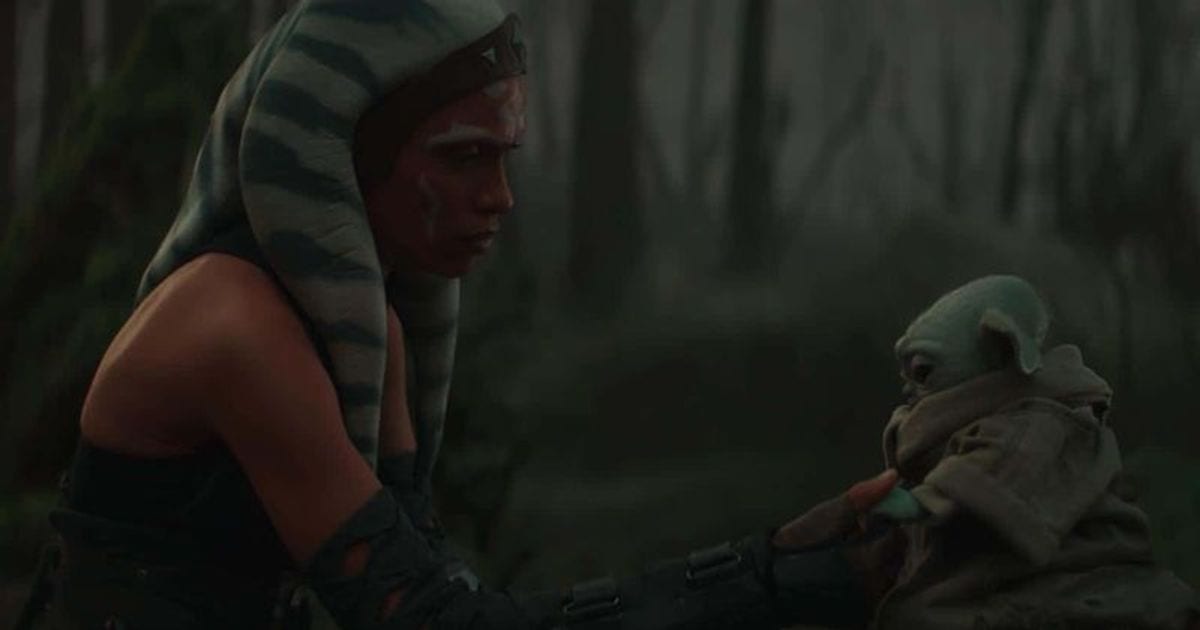 While this whole season (except one episode) has been fantastic thus far, “The Jedi” may be my favorite episode yet. Out of all the rumored character appearances, Ahsoka was the one I was most worried about. She’s one of my all-time favorite Star Wars characters, and I’ve enjoyed her animated appearances, but I wasn’t looking forward to seeing her in live-action, or in this particular story, for that matter. From the very first scene in “The Jedi,” it’s patently clear that Dave Filoni knows exactly how to effectively introduce his greatest creation to live-action. I have to admit that the makeup used to bring Ahsoka to life and her costume are spot on. Her lekku look pretty good, too, although they should have been much longer given her age here. After all, they were considerably longer in Rebels, which chronologically ends before The Mandalorian starts. Even the epilogue at the end of “Family Reunion and Farewell” shows Hera and Kanan’s son as very small and young. So even “Ahsoka the White” was probably around the time of The Mandalorian, if not before it. This isn’t a huge deal, and people who are seeing Ahsoka for the first time wouldn’t care about this. It’s just a shame for the sake of continuity. I enjoyed her portrayal overall, though, and I’m surprised (and impressed) with Rosario Dawson’s performance. 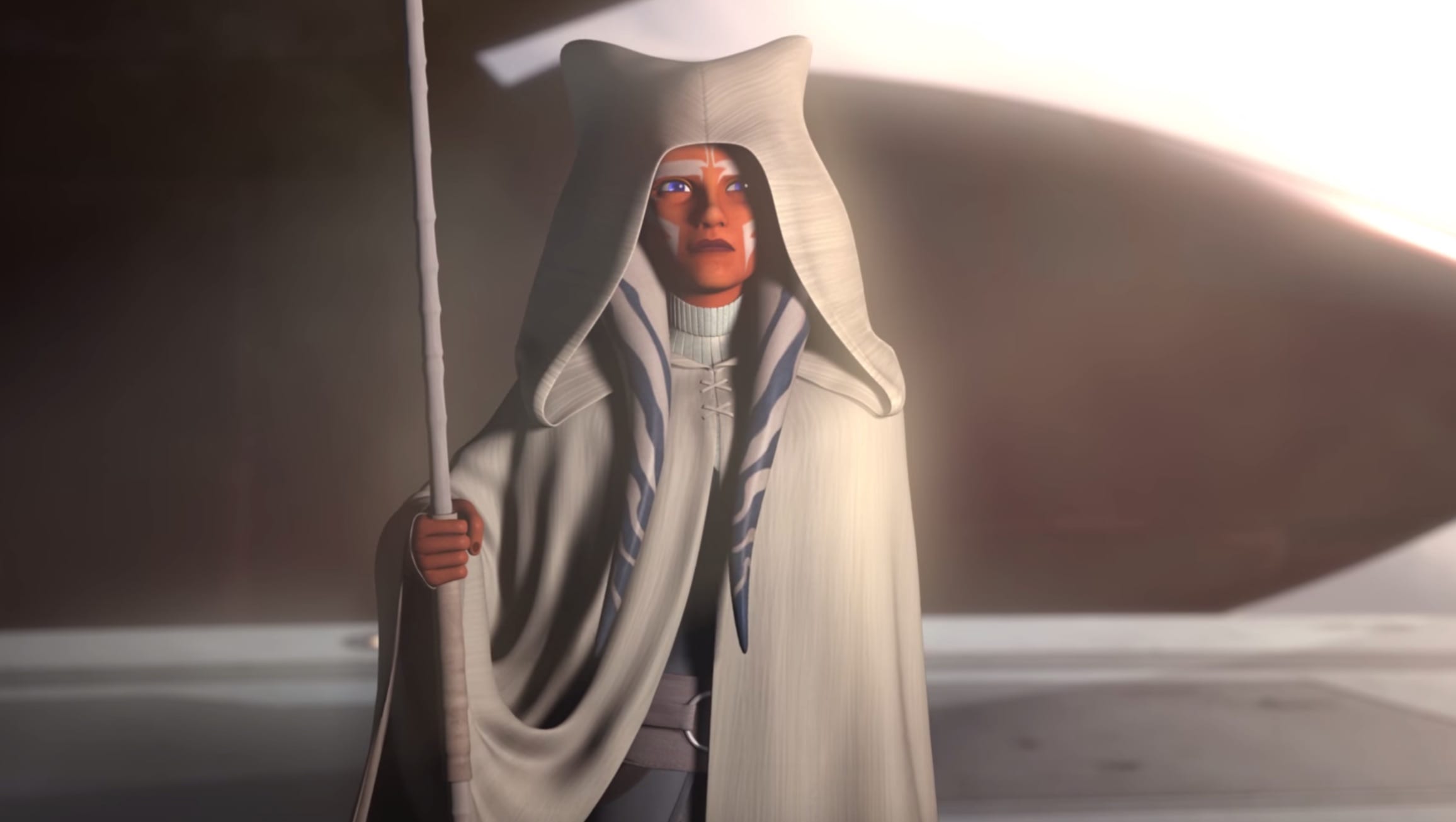 The fight scenes in “The Jedi” are excellent and worthy of the episode’s title. The highlight in this area is the episode’s opening sequence, in which Ahsoka emerges from the shadows to fight the magistrate’s muscle. She’s every bit the nimble, agile warrior she was in The Clone Wars and Rebels. I found it amusing that the magistrate really thought Din Djarin could take her out. If it hadn’t been clear that they were on the same side, I think Ahsoka would have mopped the floor with him. This is a Force wielder who went toe to toe with Vader, Maul, and numerous other formidable adversaries. Mando is very good at what he does, but he’s never had to fight a Force user before, and Ahsoka is above average even for that class. Aside from the character’s physicality, I think Dawson (likely guided by Filoni, who directed the episode) did an excellent job showing Ahsoka’s vulnerability and quiet sadness. Her interactions with Grogu were sweet, and they didn’t overdo it. One of my favorite lines is when she mentions knowing what anger and fear can do to even the greatest trained Jedi. This was a nice touch for the character’s fans, knowing what transpired between her and Anakin, without being too much of an eye-roller for the more casual viewer. I also really liked it when she mentioned Yoda being the only one like Grogu she’s ever seen while a few notes of Yoda’s theme played.

This episode also utilized a bit of Kevin Kiner’s original music for The Clone Wars. This was a nice and very subtle touch. Filoni and Favreau find ways to make the Star Wars universe feel connected and consistent without making it seem small. The Mandalorian has shown time and again how to do things well that the sequel trilogy failed at; “The Jedi” is a prime example of this. This is how you incorporate a beloved character, rather than having Lando just show up and have a daughter nobody knew about who ends up being a side character who was never mentioned before. I have one last concern with Ahsoka, and it’s that they never address her Jedi status. In The Clone Wars season 5 finale, “The Wrong Jedi,” Ahsoka leaves the Jedi Order after they wrongfully accuse her of terrorism and murder, with only Anakin and Plo Koon openly believing in her innocence. In the second season finale of Rebels, “Twilight of the Apprentice,” she clarifies to Vader that “I am no Jedi” when he taunts her for not behaving like one. They teased Ahsoka as a Jedi in last week’s episode, and this episode was titled as such, but I kept waiting for her to address the elephant in the room. Maybe Bo-Katan considers Ahsoka a Jedi because she doesn’t understand the situation, and why would she? But several times in this episode, Ahsoka is addressed as a Jedi and says nothing. Maybe this is her way of not claiming to be one, but it’s just weird how they’re treating her like one in this show, at least so far.

On that note, “The Jedi” all but confirms what we’ve long suspected: the future of Star Wars lies in television, not movies (at least not for quite some time). The Mandalorian is picking up story threads and characters from The Clone Wars and Rebels, and for the most part, it flows nicely. So far, the tie-ins have been exciting enough for fans of the animated shows without confusing other viewers. Hopefully, if anything, it will motivate casual viewers and new fans to check out the animated shows (excluding Resistance). Until The Mandalorian, they were easily the best filmed Star Wars content since the original trilogy. I had to contain myself from shouting when Ahsoka asked the magistrate where Grand Admiral Thrawn is. Until then, I assumed she was after Gideon, maybe even for the same reason Bo-Katan wants him. I know Thrawn originated from Timothy Zahn’s Heir to the Empire trilogy. Still, I haven’t read those, so I was introduced to him in Rebels. He’s intimidating, intelligent, calculating, and by far the best villain in Rebels who didn’t appear in the original trilogy. I wonder if Ahsoka is after him because she thinks Ezra may still be with him, or if she already found Ezra off-screen (I hope not; this is the Star Wars story I most want to see). I really look forward to seeing where this story thread goes, as well as Mando and the Child heading to the temple on Tython. This could be another in for Ezra, assuming Grogu does indeed get trained, and it isn’t Luke (the obvious choice) to do so. 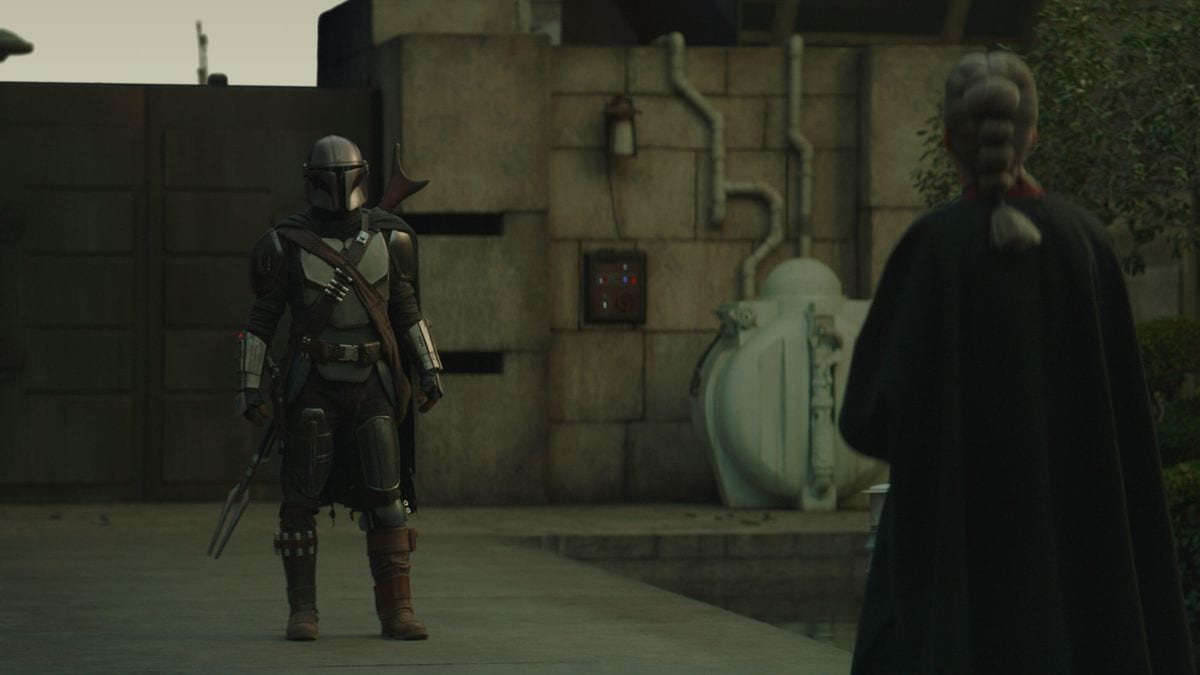 Overall, “The Jedi” is my favorite episode of season two thus far. It looks great, aside from bad lighting, which makes it hard to see if it’s not pitch black in your house. The makeup, movements, and costuming for Ahsoka are as close to perfect as possible, and I can’t wait to see what they plan to do with her and Thrawn. This episode also has lots of the slow, quiet moments I love to see, like Mando and Grogu exchanging knowing looks and Ahsoka sneaking through the foliage. I eagerly await the rest of the season.

The Mandalorian Season 2 Episode 5, "The Jedi"

Overall, "The Jedi" is my favorite episode of season two thus far. I eagerly await the rest of the season.

Seeing a live action Ahsoka was AMAZING! And GA THRAWN?! I hope to God he gets some “Legends” upgrades. Timothy Zahn’s character was an awesome Antagonist

I got super excited when she said Grand Admiral Thrawn.

I completely agree, I shouted “yes!” when she said that and my husband looked at me like I was a ghost.