"I don't know how you people wear these things. And by 'you people,' I do mean Mandalorians." 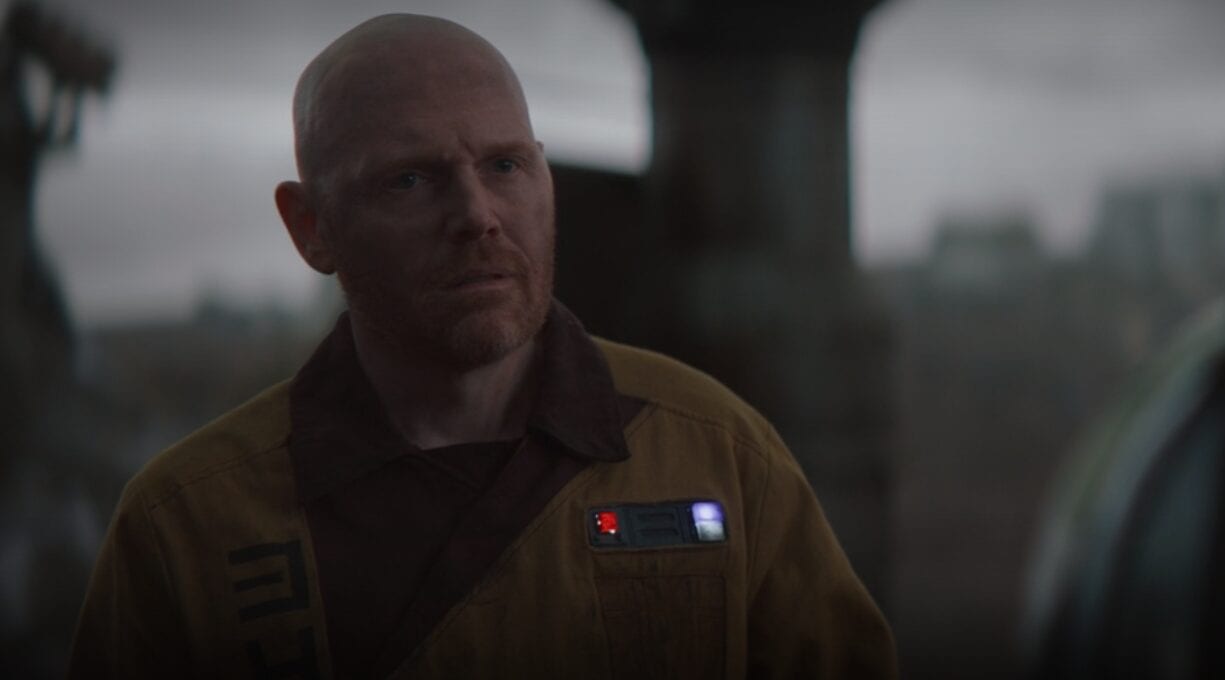 In “The Believer,” Mando and friends head to a New Republic prison to get Mayfeld (Bill Burr) out. Cara uses her station within the Republic to take him into her custody and, while he is initially reluctant to help Mando, his knowledge of the Empire proves useful. They go to the planet Morac, where Mayfeld says they can find a secret Imperial installation with a computer that can locate Moff Gideon. Din and Mayfeld commandeer an Imperial cargo transport and don the appropriate uniforms, leaving Boba, Cara, and Fennec to snipe and keep Slave-1’s engine running. Even this doesn’t get them safely into the building, as pirates attack them, trying to blow up their unstable cargo. One by one, Mando takes them out, getting more desperate with each attack. Once they finally arrive, problems arise quickly when Mayfeld is afraid someone will recognize him, and circumstances may force Din Djarin to betray his creed and show his face. He does exactly that, allowing the Imperial computer to scan his face to obtain Moff Gideon’s coordinates. Even still, the ordeal isn’t over; an officer begins questioning Din on things like his TK number and his homeworld. Mayfeld covers for him, and the officer takes them drinking in congratulations for bringing the only successful delivery of rydonium, the explosive substance in the transports. Mayfeld does most of the talking, engaging with the officer on topics like military operations he took part in. Ultimately, the officer is a little too nonchalant when talking about the people he had killed, and Mayfeld blasts through him. This again complicates matters, with he and Mando now forced to take out everyone in their path. Once they escape and are safely aboard Slave-1, Mayfeld hits the cargo transport with extreme precision, igniting the rydonium and taking out the entire building. In the end, Cara decides to let him go after all, remarking on what a shame it is that he died back in the explosion. Mando sends Moff Gideon a haunting message, which mirrors what Gideon said at the end of season 1. 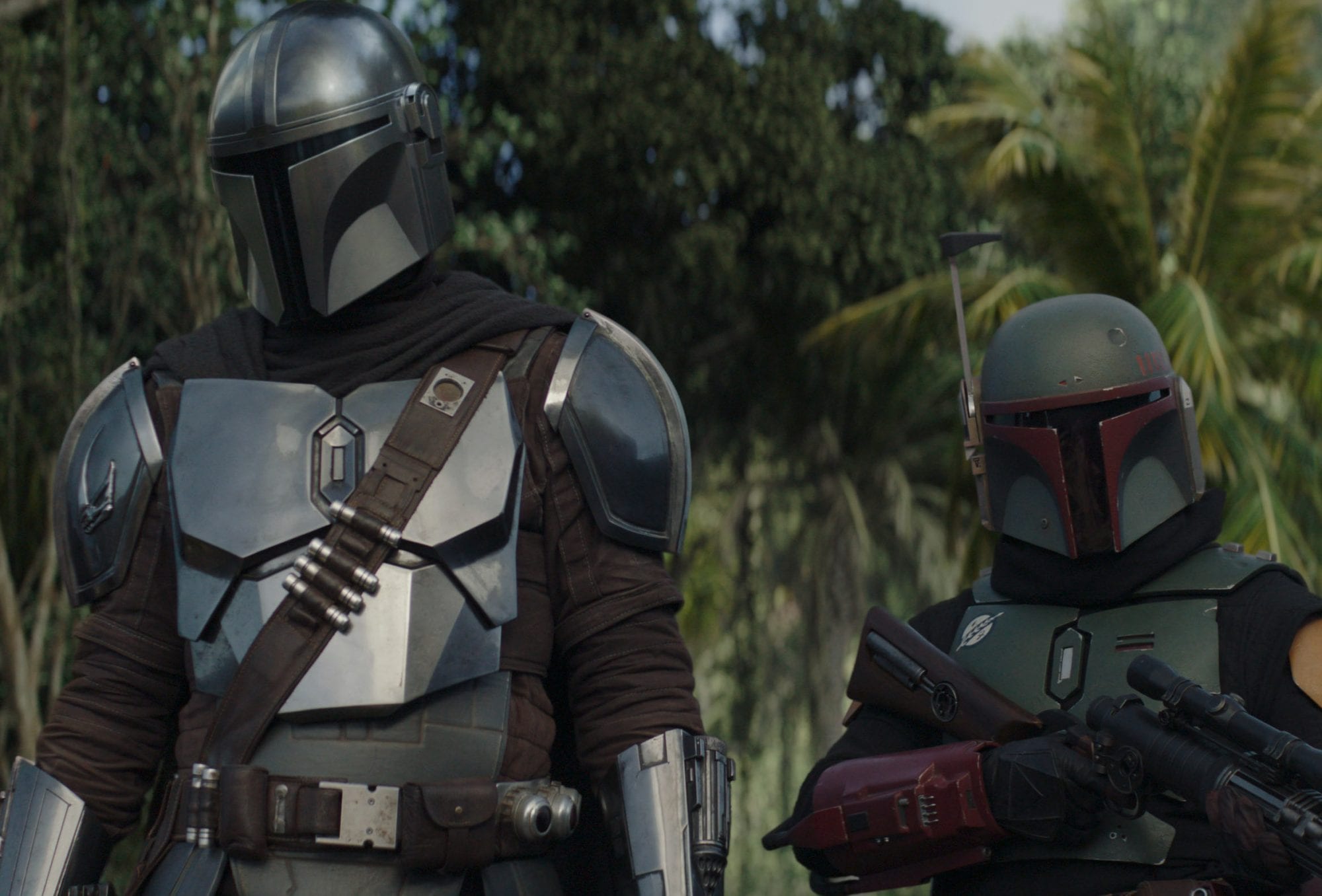 It’s amazing how consistently good this show is, but also how it consistently builds tension from one episode to the next. I was honestly hoping Mayfeld would stay with the main characters long enough to get Grogu back, but this was a nice way to bring him back regardless. After the events of “The Prisoner,” Mayfeld seemed like a basic stock character, there simply to bust Mando’s chops and provide comic relief. And don’t get me wrong, there’s plenty of that here, too; his repartee with regards to Cara lightens the mood of an otherwise tense, action-packed episode. He also questions Mando’s choice to wear the helmet at all but also gets into the specifics, remarking that there’s a difference between showing your face and taking the helmet off. However, he is shown to be deeper than we previously thought. He compares the Mandalorians and their warrior way to the Empire, illustrating how their senseless wars devastated and killed innocent bystanders too. Likewise, as they see the destitute, withdrawn faces of children along their path to the Imperial base, he points out that the Empire and the Republic are the same to the little people. I’ve really enjoyed this aspect of the show; much like how the prequels and especially The Clone Wars dug into the failings that led the Republic to collapse, The Mandalorian frequently explores the negative side of the New Republic and how little it does for people in the outer rim. 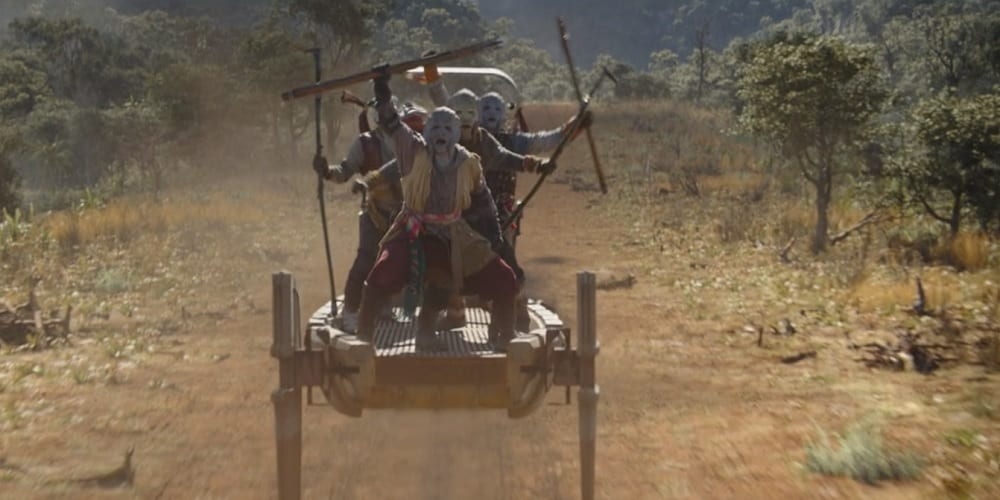 The Mandalorian himself is also great in “The Believer.” I really like the uncomfortable mood when he sees Mayfeld again in the beginning, but the best stuff is, of course, all about his beliefs (hence the title) and what he’s willing to do to get Grogu back. I know I’ve said it before, but I’m going to be kind of mad if he really does hand the little guy over to a Jedi. First of all, they’ve already got us on the hook emotionally. If Mando and Grogu part ways at the end of this season, I reserve the right to ugly cry, and I doubt I’ll be alone. It would also be frustrating from a story perspective; it’s going to take at least two whole episodes to get him back safely. I know the armorer wanted Grogu to go with someone of his own kind, but I’d hate to have him reunited with Mando again just to be passed along to someone else. I also question how safe he would be even with a Jedi; Mando has been all over the galaxy and people still keep taking Grogu. I really like how they’ve dug into the Mandalorian mask thing this season. First, we finally got the explanation that Mando’s faction of Mandalorians is basically a splinter group, and most do still remove the helmets. He’s also been faced with Boba Fett and Cobb Vanth, neither of whom fit the mold of who Mando is used to seeing in Mandalorian armor. In this episode, he’s forced to remove his helmet in front of other living beings, something he’s never done on the show or at all since he took the creed. This is a huge dramatic moment, and it proves just how much he will sacrifice for Grogu. On the surface, it seems kind of silly, but in practice, it means he would basically break any and all rules of his religion to safely secure the Child. And I loved the message he sent to Moff Gideon at the end; the way he threw his words right back in his face gave me chills. 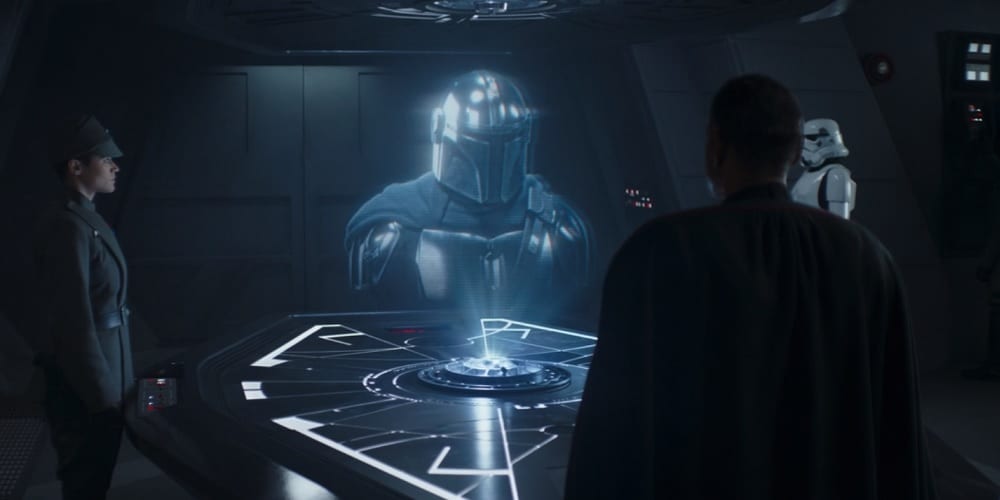 “The Believer” is a great episode of The Mandalorian, and great TV in general. The episode looks and sounds great, but more importantly, it pushes the characters forward in new and interesting ways. I really can’t wait to see what happens next week, and I only have one question in the meantime: why did Fennec keep looking at Mayfeld like that? What are they trying to say here? Regardless, here’s hoping for a season finale worthy of this incredible season.

The Mandalorian – Season 2 Episode 7, "The Believer"

“The Believer” is a great episode of The Mandalorian, and great TV in general. The episode looks and sounds great, but more importantly, it pushes the characters forward in new and interesting ways.