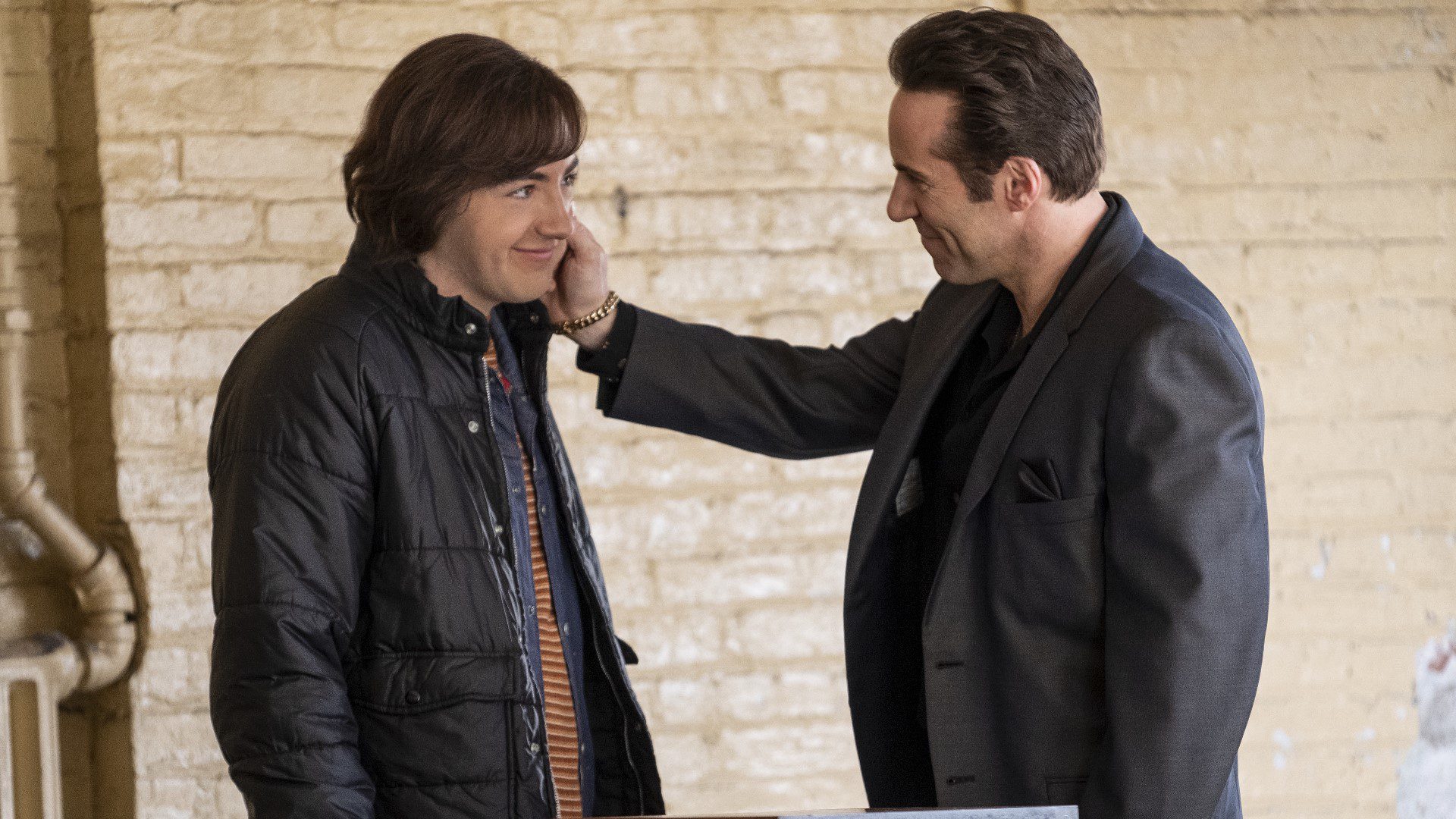 The Many Saints of Newark was a risky proposition from the get-go. To follow up something as beloved and intricately constructed as The Sopranos is one of the clearest examples of a fool’s errand imaginable. It becomes greater in the wake of El Camino, which added nothing to Breaking Bad and ruined a perfect ending with a useless epilogue that ultimately said, “What you assumed happened did, in fact, happen, but there were a couple of connecting flights along the way.” But David Chase decided to go backwards instead of forwards – and thank God, because showing a single moment after the final scene of The Sopranos would bring the whole story tumbling down like the last move in a Jenga game. So, we have a prequel that details some of the events we’ve heard about in passing on the show and tells us how and why Tony Soprano decided to get involved with the Mafia. And it’s… fine. The Sopranos is mostly unscathed, and it’s interesting to get a peek at the lives of the generation that came before Tony’s, but it doesn’t add up to much.

Following the Newark riots of 1967, Dickie Moltisanti (Alessandro Nivola) watches the organized crime landscape evolve, with the old guard slowly making way for his generation. As the black gangs, led by Harold McBrayer (Leslie Odom Jr.), begin to carve out their own territory, Dickie and his associates try to preserve the empire they’ve inherited. Meanwhile, a young Tony Soprano (Michael Gandolfini) looms in the background, caught between a normal life and the underworld his family rules.

To its credit, The Many Saints of Newark feels familiar almost immediately. It doesn’t take long to recognize that you’ve stepped back into David Chase’s world, even if it’s thirty years before The Sopranos started. The dialogue is sharp, funny, and perceptive, and the characters feel like people you know – albeit, in this case, older people you know. This story is about the generation before Tony’s, and they’re different from the characters on the show. There isn’t as much goofing around or quoting movies, very few shouts of bombastic bravado. They’re lower-key, and they seem to take their business more seriously. This is established by contrasting them with the up-and-coming mobsters who will one be Tony’s henchmen; each has limited screen time but is exactly how you remember him in terms of characterization, and the shift in attitude is clear.

Amusingly, however, despite being more competent than his successors, Dickie pines for the era before his in the same way Tony does on the show. In fact, many of The Sopranos’ themes return in The Many Saints of Newark: the cycle of violence, our responsibility for our own choices, the dichotomy of the mob’s racism and their willingness to use black gangs to do their dirty work, the deification of the Old Country, and most of all, consumerism as the root of all evil. As much as Tony lamented what happened to the Mafia and how he’d come in at the end instead of the beginning, Dickie does much the same here. And through Dickie’s father, “Hollywood Dick” Moltisanti (Ray Liotta), we see all of those attributes embodied by one of the underworld titans of yesteryear, even in old age. Maybe, The Many Saints of Newark argues, the “decline” isn’t so much a catastrophe as history repeating itself, as it does in every generation. Is Chase getting more optimistic as time goes by? 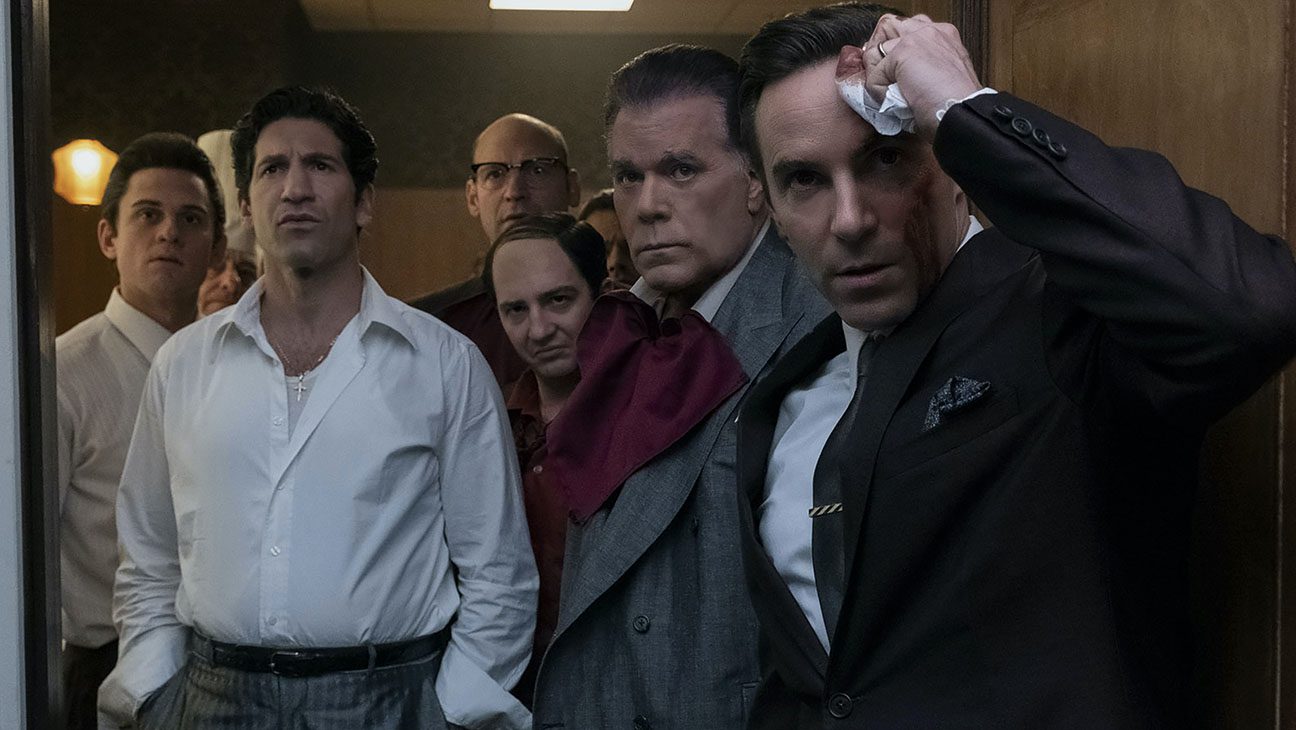 I wish I could say he hasn’t lost his gift for subtlety. While many aspects of The Many Saints of Newark are indeed as subtle as The Sopranos (everything I mentioned above, for example), there are a handful of moments infected with the usual prequelitis that even Chase couldn’t resist. The moment I dreaded from the trailer, where a guidance counselor spells out Tony’s intelligence, is intact, and it still sucks. What makes it even worse is that it’s part of an important scene that otherwise would have been great, something that gives real insight into Tony’s development. This is the biggie, but there are other scenes where the urge to call back to the series is succumbed to; some work as fun homages, while others smack of “Get it!? ‘Cause, it’s like on the show!” I won’t spoil them, and I imagine different ones will work for different people, and some will probably uniformly love or hate them, but they elicited a mix of smiles and eye-rolls from me.

All technical aspects of The Many Saints of Newark are spectacular. Alan Taylor, a veteran of The Sopranos and several other HBO shows (and Thor: The Dark World, which is a bigger plus point for me than most, I imagine), returns to direct the film, and he hasn’t lost his touch. The camerawork is masterful, with some incredible images that make the story seem more operatic than it ultimately is. For me, the two standouts both involve a doorway: in one, a beautiful Italian woman stands comfortably with the sun shining on her; in another, a gang leader stalks into a building holding a shotgun as fire plumes behind him, an angel of death seeking retribution. They’re stunning, and they’re still with me after the credits have rolled. As with the series, violence comes suddenly, almost like in a horror movie, and its brutal ramifications are as unsettling as ever. The music is also chosen with care, used to demonstrate how Newark is changing, with newer, harsher, political beats drowning out old-fashioned studio hits. 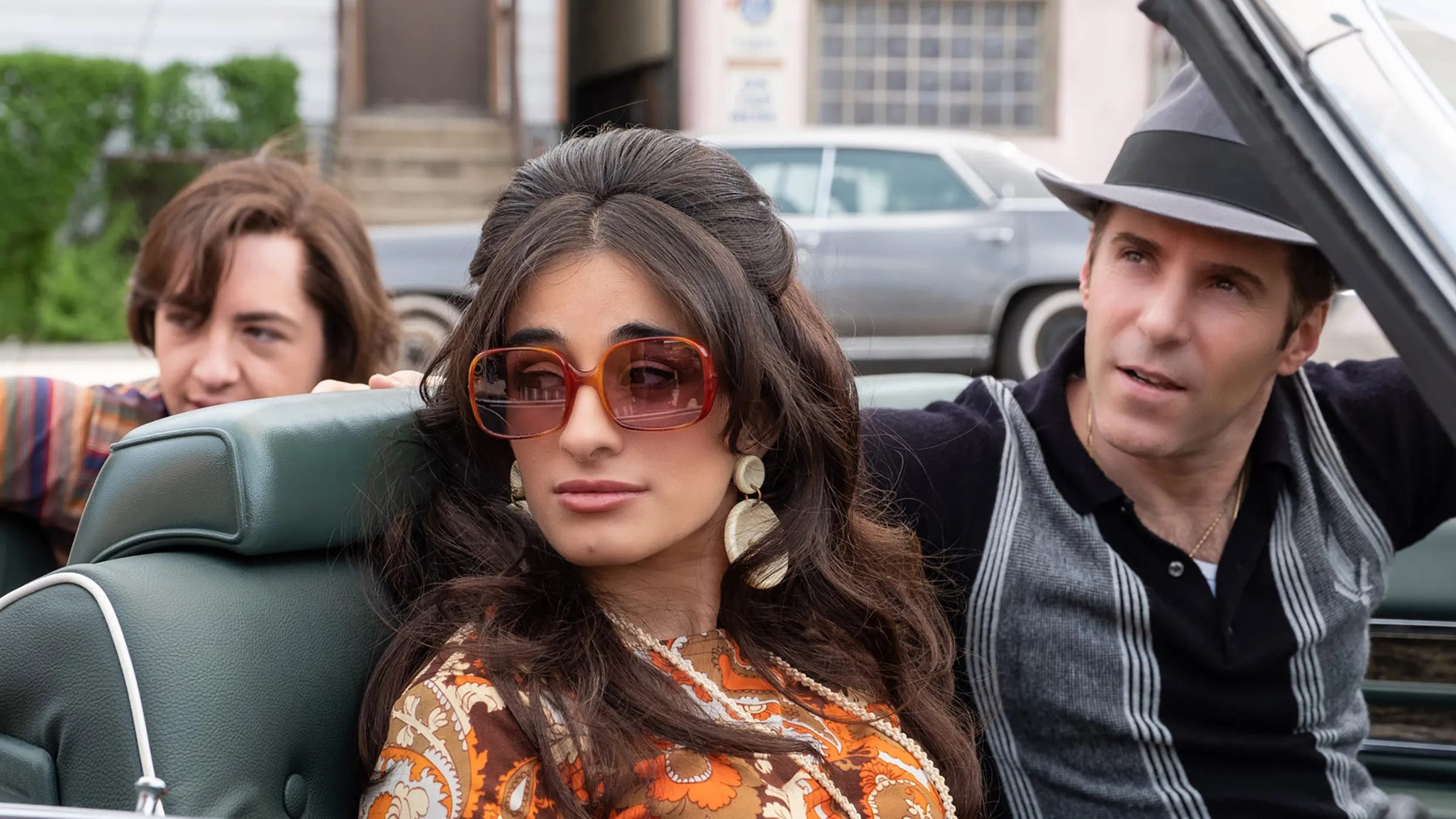 The performances in roles we haven’t seen before are excellent. Dickie Moltisanti is the central character, and Alessandro Nivola embodies another of Chase’s all-too-human monsters. Dickie does some truly evil things throughout The Many Saints of Newark, but his reasoning is always unsettlingly relatable, and Nivola ultimately constructs a sad man who can’t stop visiting evil on those he loves, even when he tries to do the opposite. Leslie Odom Jr. makes Harold McBrayer feel like a regular guy who doesn’t belong anywhere near the rackets where he makes his living. Seeing him turn from a family man trying to make ends meet to a criminal revolutionary is both sad and energetic.  Ray Liotta is fantastic for reasons I won’t say here, and you won’t understand right away, but when you realize everything he put into this movie, you’ll want to applaud him even if you’re watching on HBO. Michela De Rossi plays Giuseppina, Hollywood Dick’s new wife and Dickie’s eventual obsession. It’s a challenging role, as she must at once be the symbol of the dream each of the main gangsters hopes not only to achieve but to possess, and a woman who wants her own life in America, free from others’ control. De Rossi pulls it off perfectly, and while she’s far from an angel, your heart breaks for Giuseppina.

Then, there are the characters we know from The Sopranos, being played by new actors, and they’re a mixed bag. Michael Gandolfini fulfills every hope we all had when watching the trailer; every second he’s on-screen, he believably captures his father, and you never question that you’re watching Tony Soprano. Corey Stoll is almost as good as Uncle Junior, managing to recreate Dominic Chianese’s bumbling elder statesman. And Jon Bernthal is a big step up from Joseph Siravo, whose Johnny Boy Soprano always felt too cartoony on the show; Bernthal plays Johnny Boy like the scary thug he must have been. At the other end of the spectrum is John Magaro, who turns Silvio into a complete caricature; it must have been difficult because Silvio is a very exaggerated character as it is, but it’s hard not to laugh whenever he shows up in the movie, and not in a good way. And while I like Vera Farmiga, I prefer Laila Robins from the series. The rest are okay but aren’t around long enough to make an impression. 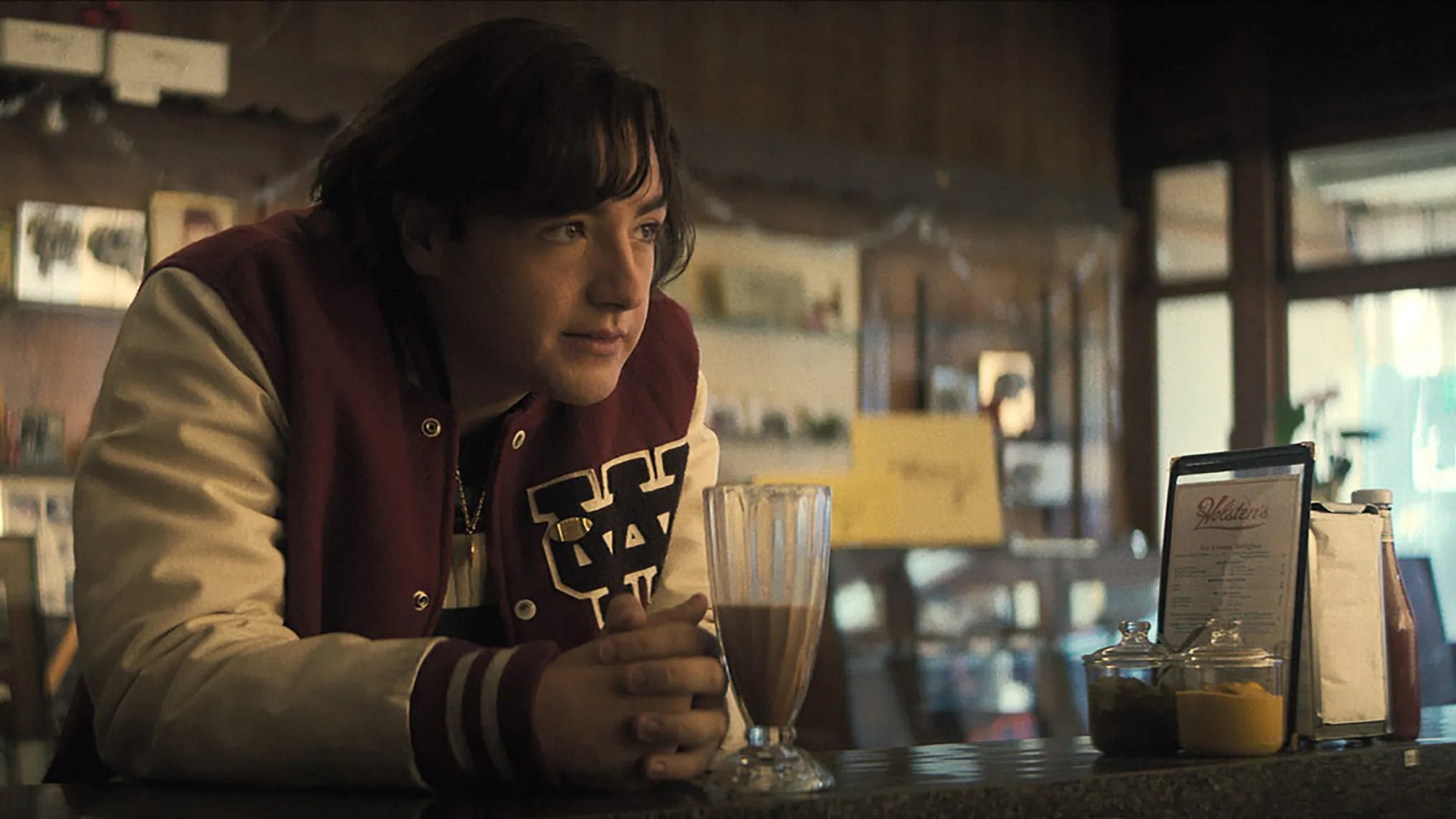 What does all of this add to The Sopranos? Not much. The Many Saints of Newark is a fine addendum to a landmark TV show, but it isn’t necessary and, outside of some great filmmaking and performances, doesn’t reach the quality of its forbear. Perhaps its best feature is that – except for one plot point I wish they’d had the restraint to keep a mystery – it doesn’t detract from The Sopranos; the way prequels usually go, I’ll take that as a win.

The Many Saints of Newark is a fine addendum to a landmark TV show, but it isn’t necessary and, outside of some great filmmaking and performances, doesn’t reach the quality of its forbear.

In a day and age where you hear of a sequel/prequel/remake of a beloved franchise, you pray nothing happens to the memories you had of it. Thankfully, with the Many Saints being simply ‘good’, that’s more than acceptable. If there is to be more content in the Sopranos mythos, let’s hope it improves with future iterations as the classic Series did.

As much as I love it, I wish they’d just leave it alone. I don’t see how anything new will make it better. The only exception is if it’s so disconnected that it has next to nothing to do with The Sopranos. Like they could do one about the Chicago mob or something. But it can’t really mention much, because the second they say anything to attempt to clarify the final scene, they’ve destroyed it.

There’s really not much left that needs explaining from the series proper; it’s perfect as it is. As Johnny Sack was only supposed to appear once in the entire series, taking a look at the New York Families could be interesting as well, but it’s hardly what made the ‘Sopranos’ the ‘Sopranos’. It’s the interplay of these fundamentally repugnant characters that if you root for for a second, watch long enough and they will disappoint or betray your misplaced admiration.

Never seen the Sopranos; should I?

Also, seen the new James Bond. While in my opinion, it wasn’t woke, I will say without spoilers that it will be a very divisive movie and it did make some very risky decisions. Will talk more once you watch the movie and review it.

Even if you have but a passing interest in Mob stories, it’s a perfect series. It’s often lauded for being the greatest series in history for a reason. After your initial viewing, if you choose to of course, it’s one of those shows that you can watch over and over again and catch new details of upon multiple viewings. It’s not hard to get into either, the pilot episode is great, even though it was shot over a year before the series was even picked up. It starts at about an 8 and goes up to a 10 very quickly. There aren’t any protracted lulls in the series, but that’s the opinion of someone who has watched the series at least a handful of times front to back.