The last X-Men film by 20th Century Fox has escaped from the development limbo it's been stuck in since 2018. 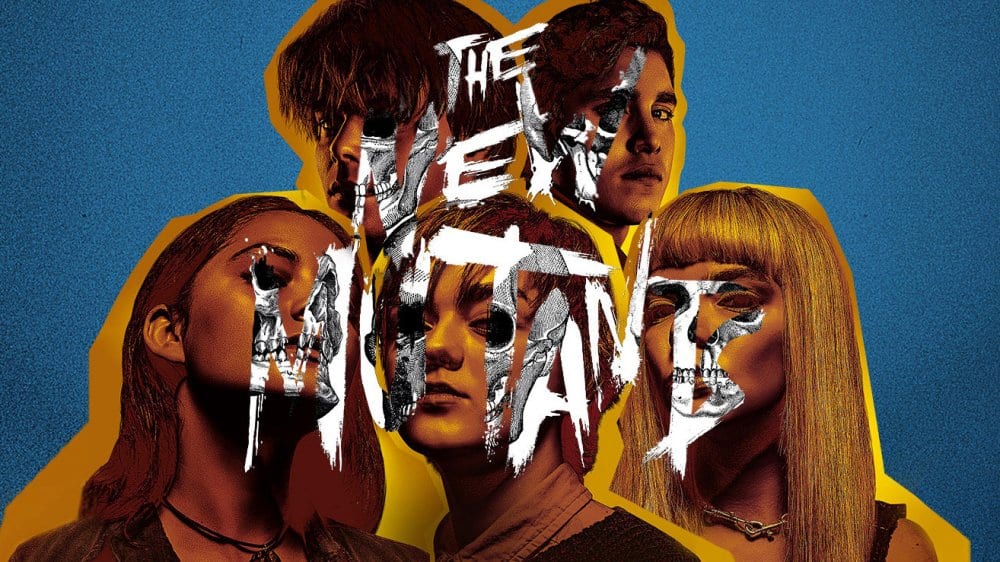 It’s funny how life imitates art; in the comic books, the New Mutants were notorious for being a young group of X-Men trainees facing traumatic experiences from the very beginning, with tragedy surrounding them as much as or even more than the actual X-Men or the original X-Factor. The same thing happened to the team’s first live-action outing, with all the bumps in the road it had to overcome to see the light of day two years after the original intended release before Disney acquired Fox.

Missing re-shoots aside, the movie itself is difficult to critique objectively; it’s not an X-Men movie, it’s not a horror movie; it is, in fact, a New Mutants movie, and competent at that. Cutting to the chase, this film will probably not appeal to anyone not already familiar with the New Mutants. Its biggest flaw is assuming all viewers are versed in the 30+ years of comic book lore without making any compelling effort to introduce it into the movie itself.

Resident badass Magik (Anya Taylor-Joy), for example, is not mentioned to have any relation with Colossus (it’s not that important in the film, but these kinds of nods are always nice). Plus, she is already a very capable and dangerous sorceress from Limbo wielding her Soulsword and armor, not someone with mutant powers, and the movie even acknowledges this. This probably feels out of place to viewers who never read about the New Mutants and are used to X-Men movies without a psionic/supernatural element in them. This affects the main plot as well because the flick revolves around Dani Moonstar’s (Blu Hunt) psionic abilities; this concept is never explored, and that would have been very important to do since this movie is in the continuity of the Fox X-Men universe – even thematically since it takes place in the ’90s, like Dark Phoenix, where the psionic elements of the story are explained as extraterrestrial. 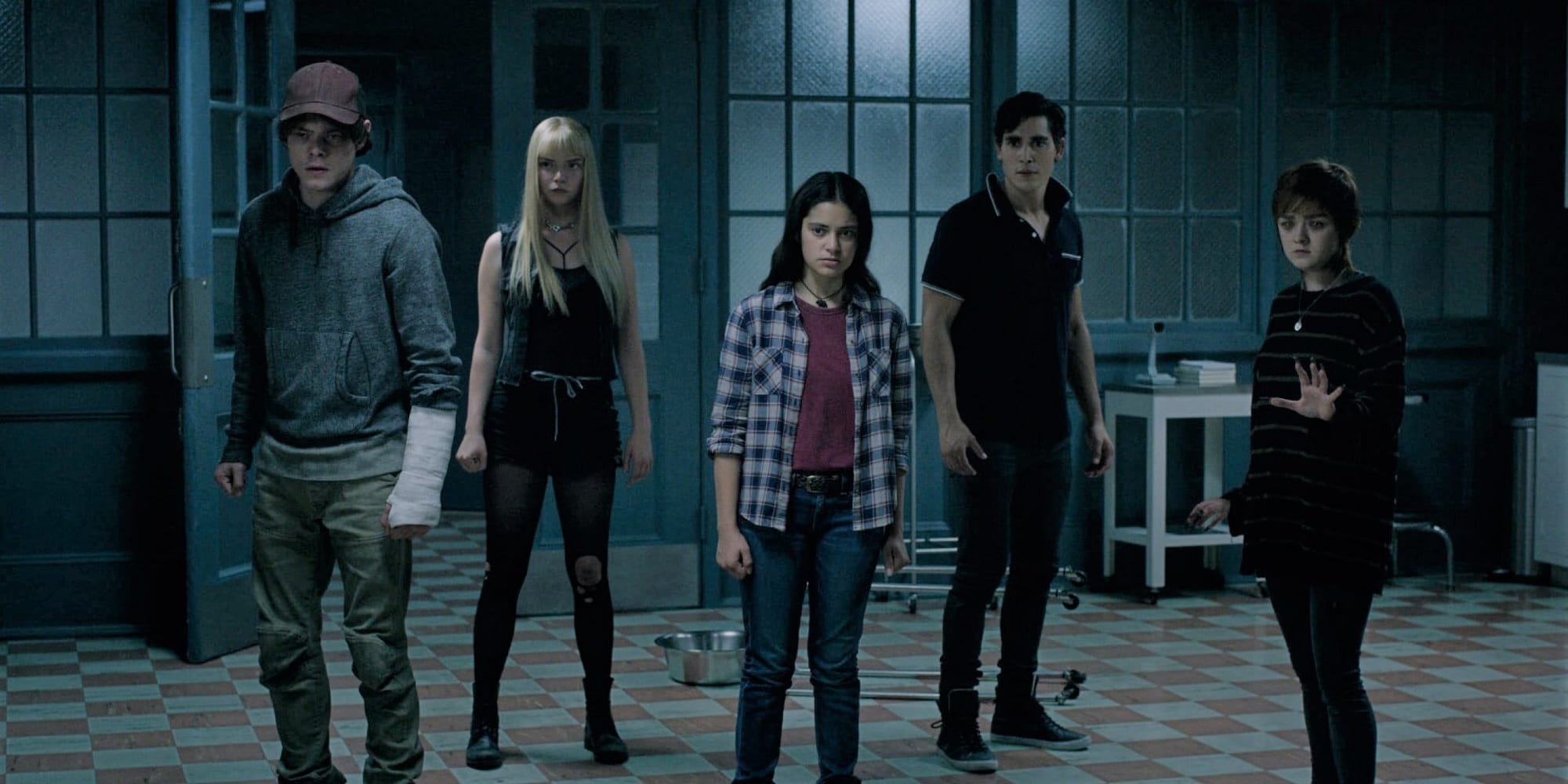 Failing to translate the lore into something movie viewers will understand and glaring editing issues will definitely work against the film, but I did not hate The New Mutants (speaking as a card-carrying New Mutants fan who owns a signed issue #1 copy by Claremont and McLeod, who has even spent time as Bob McLeod’s convention assistant). The characters in the movie are pretty much the characters from the comic book; their backstories work even better here as flat-out tragedies. Dani Moonstar is altered the most, which is reasonable because she was an anti-white racist with antisocial issues in the early comic books. Also, since Karma, another founding member of the New Mutants, didn’t make the cut, Dani is basically a stand-in for her lesbian tendencies in the film. The New Mutants were notorious for having some gay characters before the times of prog-regressive pandering by companies. However, using Wolfsbane (Maisie Williams) as a lesbian love interest is questionable, given her Catholic background. Illyana Rasputin – Magik – would have been a much better choice.

The acting in The New Mutants is pretty solid, especially because there’s literally very few people and locations in the movie, which, I imagine, is due to the low budget. It’s more of a psychological thriller story than anything else. The action is limited but very well made, and the horror elements are not really thrown in your face as the main plot but as the eerie ambiance of the situation, like Lovecraft’s stories.

And an honorable mention goes out to Magik’s portrayal and all-around butt-kicking. If anything is going to be liked by everyone, it will be her scenes.

In spite of the potential and evident value longtime fans will find, The New Mutants objectively misses the mark and could be said to be a victim of the circumstances surrounding its development; production difficulties, Disney’s Fox acquisition, and lack of care put into the project (with a level of themes and graphic violence we won’t be seeing in any Disney releases), the global pandemic killing the movie industry… it certainly sounds like a New Mutants tragedy – the reason these kids had to grow up fast, and most abandoned Xavier’s dream to become the first iteration of X-Force (along with Cable).

What do you Geeks + Gamers think? Will you watch it? Already watched it? Any opinion is welcome here and in the forums!

The last outing of Fox's mutant universe becomes a divisive victim of its own circumstances and squanders a lot of potential with a story that isn't accessible for most casual moviegoers.

I disagree with your statement that it won’t appeal to anyone not already familier with the comics. I’ve never read a New Mutants comic in my life, and after watching the movie i fell in love with these characters :)

I have heard before of Colossus and Magik being brother and sister, though i didn’t remember when i went to watch the movie, so thanks for the reminder, now i’m hoping Magik’ll be in Deadpool 2, as she’s now my favorite New Mutant :D

so I’m not saying I don’t have the spare time or anything….
but the word on the street is the film is still kinda in limbo. the x-men franchise as it was is over. this film was/could have been a lead into side stories or even a new overall plot. considering how that will never happen, its easier to just take a look at the film as a super hero film….. and the word on the street is it just isnt a very good one.
i might watch it if it pops on Prime or netflix and im bored, but i haven’t heard much from any one that makes me want to watch

and for the record, 5 buddies talked up Justice League Dark Apokalips, i went into that expecting the world. and was quite bored by the end.

When I saw the trailer years ago haha I never really had any interest in seeing this movie especially after watching X-Men Apokylipse & Dark Phoenix in the cinema I just thought this franchise sort of expired after Days of Future Past & especially after Logan tied up this run of the franchise in the best way possible it just always felt like anything after these films like spin-offs (minis Deadpool which was always its own thing anyway) were always going to be a minor letdown & I doubt the last X-Men fox movie will change my mind either lol However I may play it in the background when it arrives on DVD in CEX second hand for £1.50 :D