REVIEW: The Orville: New Horizons – Episode 6 “Twice in a Lifetime” 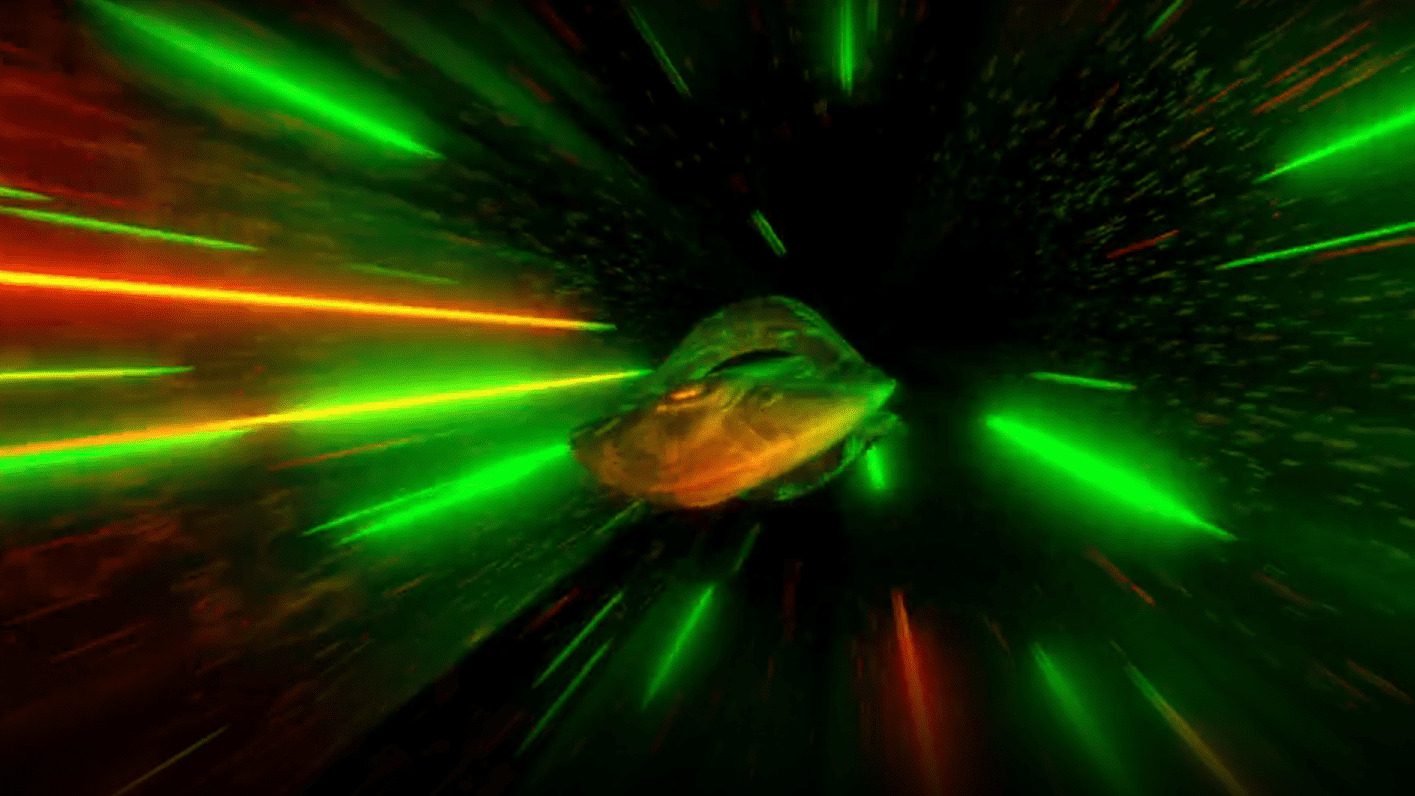 The flagship for good sci-fi in the modern era, The Orville: New Horizons, recently released its 6th episode, “Twice in a Lifetime,” which continues its complicated depiction of time travel. This episode comes as the spiritual sequel to both season 2’s episode 11 and episode 14, marrying Gordon’s relationship with the woman from the time-capsule cellphone with the time travel mechanics from the season 2 finale. This relationship has been the center of Gordon’s character for some time, offering the audience the biggest window into Gordon to date. As such, it makes sense that his next focus episode comes as a continuation of this heartfelt and tragic relationship.

In terms of the time travel workings of this episode, it fails in a multitude of ways. Time travel is a fascinating sci-fi concept. However, if wielded by an inferior writer, it can turn out disastrously, tearing the story apart with numerous logical inconsistencies. As a plot device to facilitate the plot, the time travel in “Twice in a Lifetime” does well enough. But as a functional concept, the mechanics tear down so much of the story and the narrative with gaping plot holes and unaddressed paradoxes.

After LaMarr perfects the time travel device from season 2, the Orville is waylaid by a fleet of Kaylon warships. In the ensuing battle, the Orville is forced to send a shockwave out from the deflectors to free the ship from the Kaylon tractor beam. This shockwave passes through the virgin time travel device before crashing into Lieutenant Gordon Malloy, sending him hurtling back in time. Because of his subconscious attraction to 2015 because of the time-capsule cellphone woman, he arrives in 2015 and is forced to build a life for himself when the Orville is late to rescue him. Ten years later, he has a family with this woman when the Orville comes to take him away. The problem is that by creating this family, Gordon has broken dozens of temporal laws and will have to stand trial for his crimes. When he refuses to leave, the Orville goes back in time again to rescue him directly after he arrived in the past and prevent his crimes from ever being committed. The Orville successfully manages to return to the future and keep the timeline intact.

“Twice in a Lifetime” is an overall enjoyable one, despite its rampant continuity issues. The way it starts is extremely effective at reconnecting the audience with Gordon, who hasn’t been the focus of an episode in quite some time. Additionally, his interaction with Charly about the time-capsule cellphone effectively reminds us of his prior relationship with the woman from the past. The selfie scene is fun; it helps develop several characters in minor ways that create depth for the overall show. 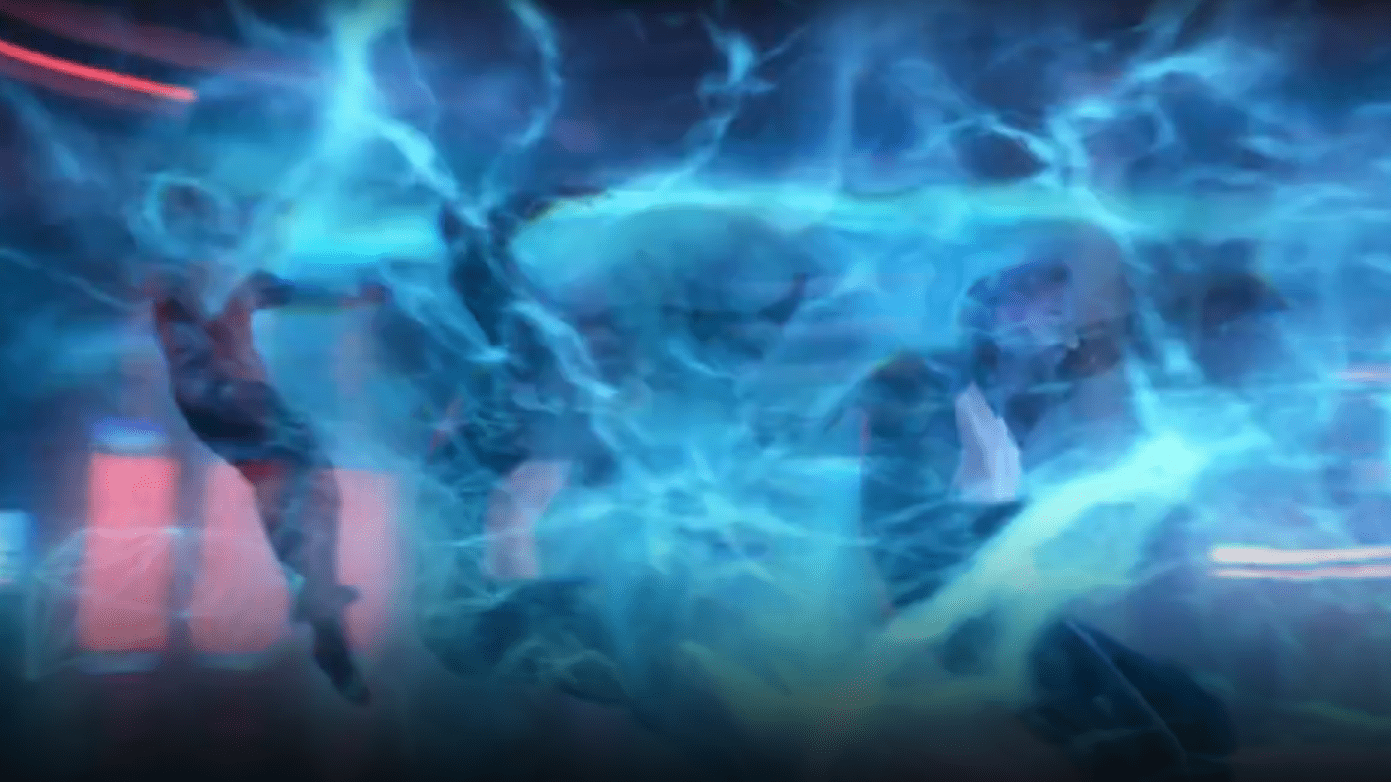 The biggest issues with “Twice in a Lifetime” are derived from the time travel mechanics and some character issues. The time travel sequences are visually stimulating and interesting; however, there are a couple of problems with them. At the beginning of the episode, the writers go out of their way to explain what a paradox is and what causes them. Despite this, paradoxes are never brought up again, even though there are several opportunities to do so. If the writers merely ignored the existence of paradoxes, their presence within the story could be forgivable, but with the emphasis on them at the beginning, their appearances come across as highly contradictory. Additionally, the crew mentions several times that they know nothing about time travel or how it works. They do not have a firm grasp on the rules that exist within their universe. Just like with the paradoxes, the emphasis that the crew knows that they don’t know anything about time travel creates some issues when they later act as if they know everything.

The writers do not even bother to have Malloy picked up from the past in the end after he sent the initial message to the Orville, which drew them to him. That creates a paradox. If he was not on Earth for six months to send the message to call the Orville, how could the Orville know where to go? Saying time is just in flux while hyper-emphasizing paradoxes at the beginning contradict each other and cause a major issue in the story. Erasing older Malloy from history also creates a significant paradox; the Orville crew would not know to go back the additional ten years if they had not interacted with the older Malloy. If the time travel mechanics were only utilized to set up the story ideas while the issues it created were summarily ignored, these issues would not necessarily be as big as they are. However, acknowledging these problems before ignoring them destroys the narrative and breaks continuity entirely.

Perhaps a bigger problem than the time travel contradictions is the issues with Ed and Kelly’s characters. Ed has been portrayed repeatedly to be a kind and caring leader who does his best to follow Union guidelines while still helping his crew get the best outcome. In this episode, he is not kind or understanding; he is merely the enforcer of the law. The Ed portrayed previously would have at least sat down and had a conversation with Kelly or Gordon to discuss the moral repercussions of erasing two children from history. He would have admitted that two people exist in the world now who didn’t before, and that means something; that matters. The discussion had to be had, even if he ultimately made the same decision.

It would have made more sense for the rigid Kelly to advocate for the obedience of Union law, while Ed was severely conflicted on how to proceed from a moral standpoint. However, “Twice in a Lifetime” summarily destroys Ed’s character by ignoring the moral discussion. It just needed to be addressed, if nothing else. Their decision, in the end, may have been the right one, the legal one, the best one for history, but they needed to question whether or not it felt right and how it would affect Gordon. At the end of the episode, Ed briefly mentions his guilt, but it’s far too little, far too late. That discussion had to be had prior to making the decision. 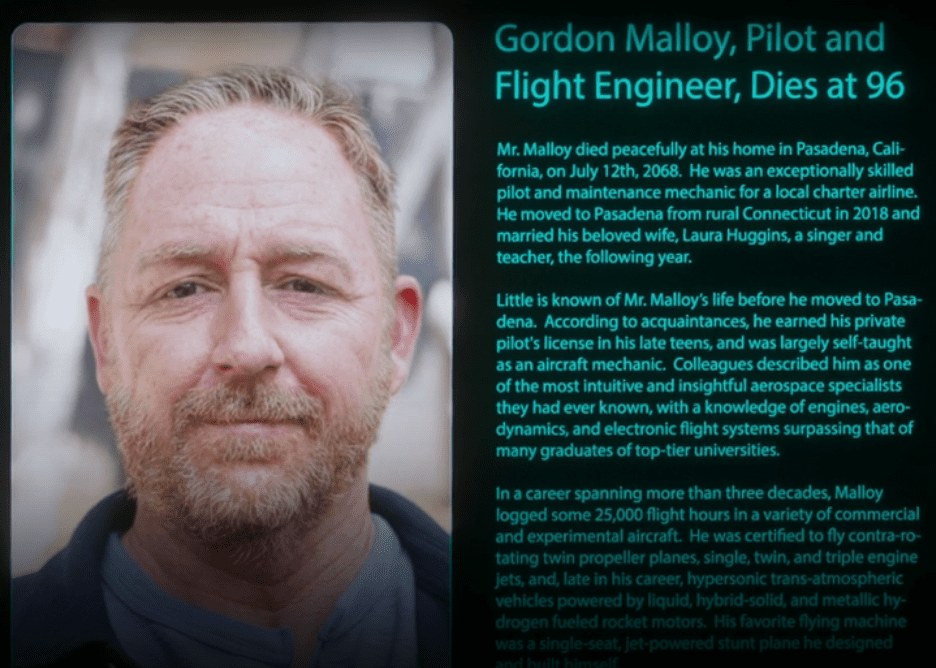 One of the best moments in the episode is Gordon’s speech in the nursery on the nature of humanity and the necessity for social connections. Humans need other humans, or they will die. In a similar situation to Gordon’s, it is more than likely that Ed and Kelly would have ultimately made the same decisions as he did. This speech isn’t entirely necessary to understand why Gordon started a family, but it helps to fully flesh out his motivations and explain where he’s coming from. It makes sense that a man living in the mountains alone for years with zero human contact and no hope of rescue would go just a little bit mad before making the decisions Gordon made. Though a simple interaction and conversation, this speech does a lot for Gordon’s character, driving home his motivations and emotions.

A dark cloud does hang over this speech, however. The main issue is that it does not affect Ed or Kelly whatsoever. Gordon’s words could have been the catalyst they needed to have the conversation mentioned earlier about the moral repercussions of the decisions they were about to make. This could have made them sit down and talk about the competing mentalities and different philosophies when it comes to the rule of law versus what feels right versus what is best for the happiness of a close friend. There are just a lot of conversations that needed to happen that this moment could have facilitated but didn’t.

Something that has been theorized since the first episode of New Horizons is that Charly could be gay, and the ensign from her flashback was her girlfriend. The way “Twice in a Lifetime” answers this question is very competently done. It adds quite a bit to the audience’s understanding of her hatred of Isaac and the other Kaylons while not coming across as pandering or virtue signaling. It makes the most sense for her character and turns out well in the end. 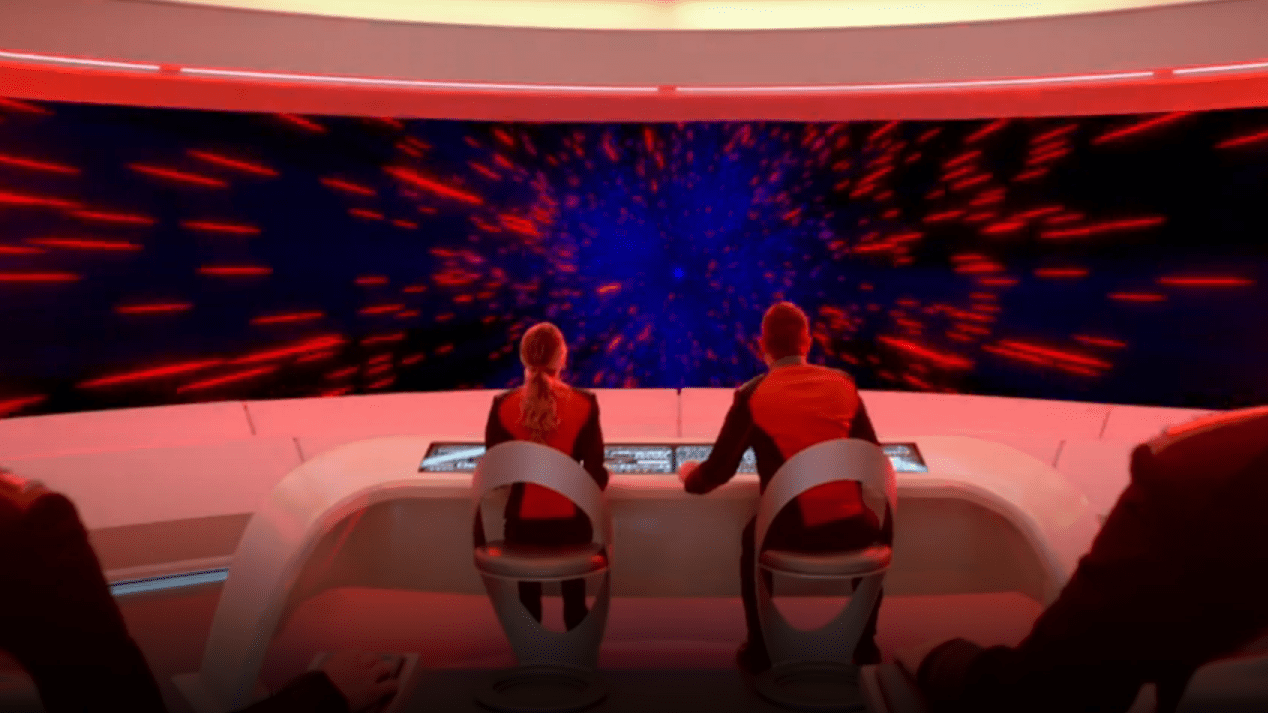 All the best parts of “Twice in a Lifetime” surround older Gordon and his new family. Their chemistry and emotional depth are very compelling, with their final goodbyes especially poignant. Just the three of them holding each other, accepting that they are going to be erased from history and that there is nothing they can do. You can’t fight the marching of time. They have to hope their love is enough to get them through what’s about to come. That sequence is incredible, as well as the visual effects presented in how the Orville travels back to the future. The idea of Einstein’s theory of relativity playing into the return journey is a fascinating one that hasn’t come up before in any similar sci-fi franchise.

Overall, “Twice in a Lifetime” is a good episode, but there are enough issues with the characters and the mechanics to drive down its quality substantially. All the stuff with Gordon is great, and Isaac and Charlie’s interactions are compelling. However, everything with Ed and Kelly is severely lacking, destroying a lot of their established characteristics. “Twice in a Lifetime” is probably the worst episode of New Horizons, though that is not necessarily a bad thing as this season has been incredible altogether.

The Orville: New Horizons – Episode 6 “Twice in a Lifetime”

“Twice in a Lifetime” is probably the worst episode of New Horizons, though that is not necessarily a bad thing as this season has been incredible altogether.