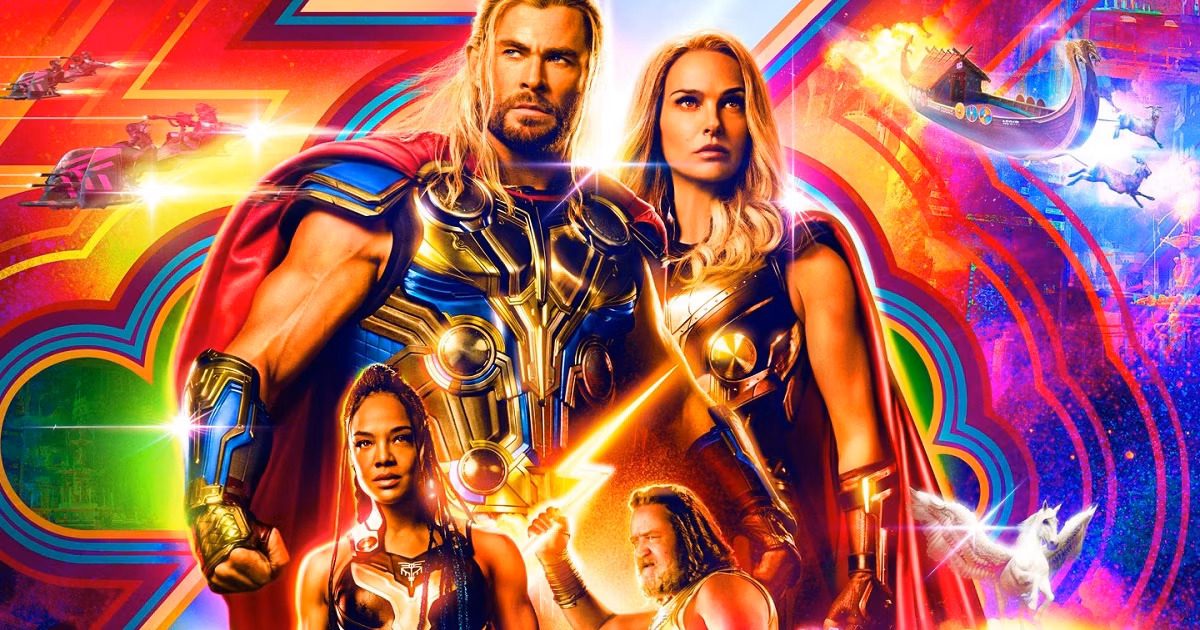 Thor: Love and Thunder released in the theaters this weekend, marking the next movie in Marvel’s Phase 4 and bringing with it all the cheap and shallow comedy for which both Taika Waititi and the MCU are now known. The film raises some interesting questions but does not carry through on any of them or the other intriguing concepts that could have been the catalysts for an incredible story. Failed potential is the best way to sum up this movie. The battling subplots and ideas could each have created a good film. However, as it stands, these conflicting plotlines are introduced and forgotten or are not connected scene by scene in any way or developed beyond their introduction.

Suppose the film had merely taken one idea, such as Jane Foster’s cancer, and developed it to its conclusion, thoroughly exploring the struggles a person endures when they have to accept their imminent death. In that case, Love and Thunder could have become a great addition to the Marvel Cinematic Universe. The film could have done this with any of its great ideas, such as Gorr’s origins or all the other gods. But because they all exist within the same movie without any development, the story is just overloaded, resulting in a highly disjointed and disappointing final product. All this, coupled with awful dialogue, empty characters, and a paper-thin plot, leaves Thor: Love and Thunder as the worst Thor movie.

The main topic of conversation surrounding Love and Thunder — partially due to her heavy emphasis in the promotional material — will be Jane Foster’s Mighty Thor. One of the biggest problems with her inclusion is that she is called Thor. Thor is not a mantle; it is a man’s name. When Sam Wilson became Captain America, he did not also become Steve Rogers. The mantle in this film is God of Thunder, not Thor. Jane should either be called the nw Goddess of Thunder or get her own original name. When it comes down to it, this is identity theft, and as Dwight would say, “Identity theft is not a joke.”

Beyond the ridiculous naming situation, Jane’s arc had a lot of potential. Additionally, she was not treated as horrifically as expected, considering current-day Hollywood. Unfortunately, her story falls short at every possible opportunity. There’s far too little screen time dedicated to the emotional and physical battle she’s enduring and the repercussions of the decisions that she’s making, leaving the final payoff at the end of the movie empty and meaningless. Everything with Gorr is generally good and carries an extreme degree of potential, similar to cancer-Jane Foster. Christian Bale is an incredible actor and always brings his A-game, even in this movie. The first few minutes of his introduction clearly and concisely introduce the character and set up his motivations and priorities in a compelling sequence with minimal dialogue. If the tone and skill utilized here were applied across the rest of the film, this Love and Thunder could have easily become a Marvel classic. However, this is not the case whatsoever.

After those first few minutes, stupidity, needless humor, and the most ridiculous of plot conveniences riddle the rest of the story and the rest of Gorr’s involvement in it. In a more thoughtful film that took its subject matter seriously, all these elements could have made a great movie, especially Christian Bale as Gorr the God Butcher. As with the other issues in Thor: Love and Thunder, Gorr’s inclusion falls short of every single mark due to his lack of screen time and the competing story threads drowning out all of his story’s potential.

Valkyrie offers nothing to Love and Thunder whatsoever. If she had been left out of the movie entirely, it would have changed nothing. The writers should have cut her from the film and dedicated her screen time to exploring the interesting concepts behind Gorr’s and Jane’s stories. Then, there might have been enough time to really flesh out the great ideas that are otherwise just plopped into the movie to be waved at before they’re utterly forgotten. 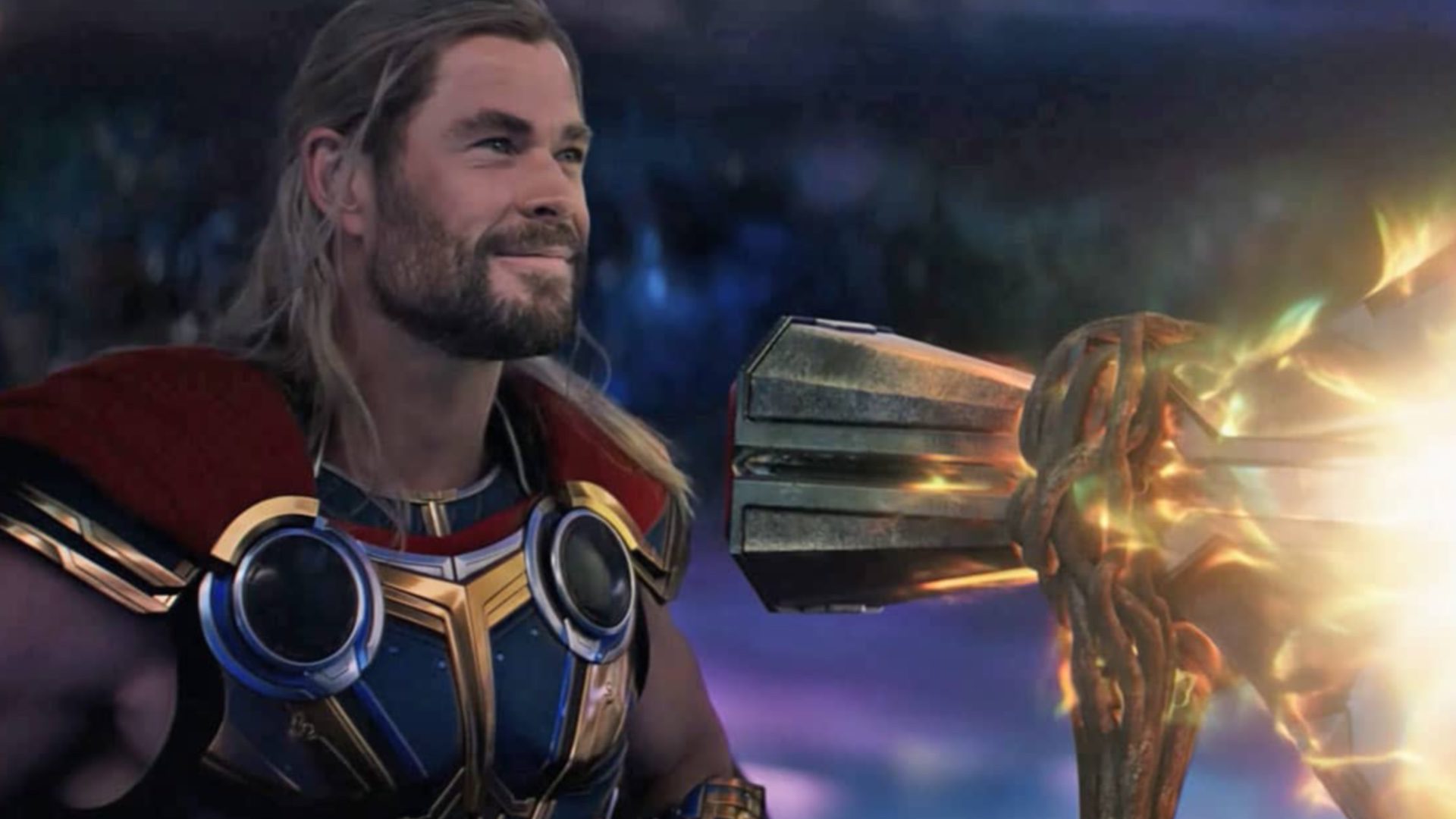 When it comes to Thor, he’s the butt of every single joke throughout the movie. His inclusion is horrific; he doesn’t represent a hero, or the character fans have come to know and love in any way, shape, or form. Chris Hemsworth is still great in the role and does his best to give some life to the empty dialogue. However, even he is not enough to truly make an impact in Love and Thunder. Thor’s character arc is another tale of Thor discovering himself for what feels like the 100th time. Thor is 1500 years old; that is more than enough time to come to terms with who you are. He has gone through more midlife crises and character reevaluations than any other person in the MCU. It is getting a little ridiculous at this point.

The issues with Thor’s character also tie into the bigger problem with Love and Thunder. The Marvel humor in this film reaches a new peak of cringyness and ridiculousness, undercutting every profound moment that had any chance of impacting the overall narrative. At least in Ragnarok, some moments played out dramatically, without the humor eroding audience immersion and character impact. Odin’s death and the destruction of Asgard were poignant scenes that spoke to a deeper arc for Thor. That is not the case with Love and Thunder at all. There is not a single scene that tries to be serious, despite its heavy themes of cancer, mass murder, kidnapping, and the loss of a child. There is zero balance between humor and seriousness, eradicating all possibility of audience investment. Marvel humor has been a growing issue in the MCU for many years now, and this film has taken it way too far. 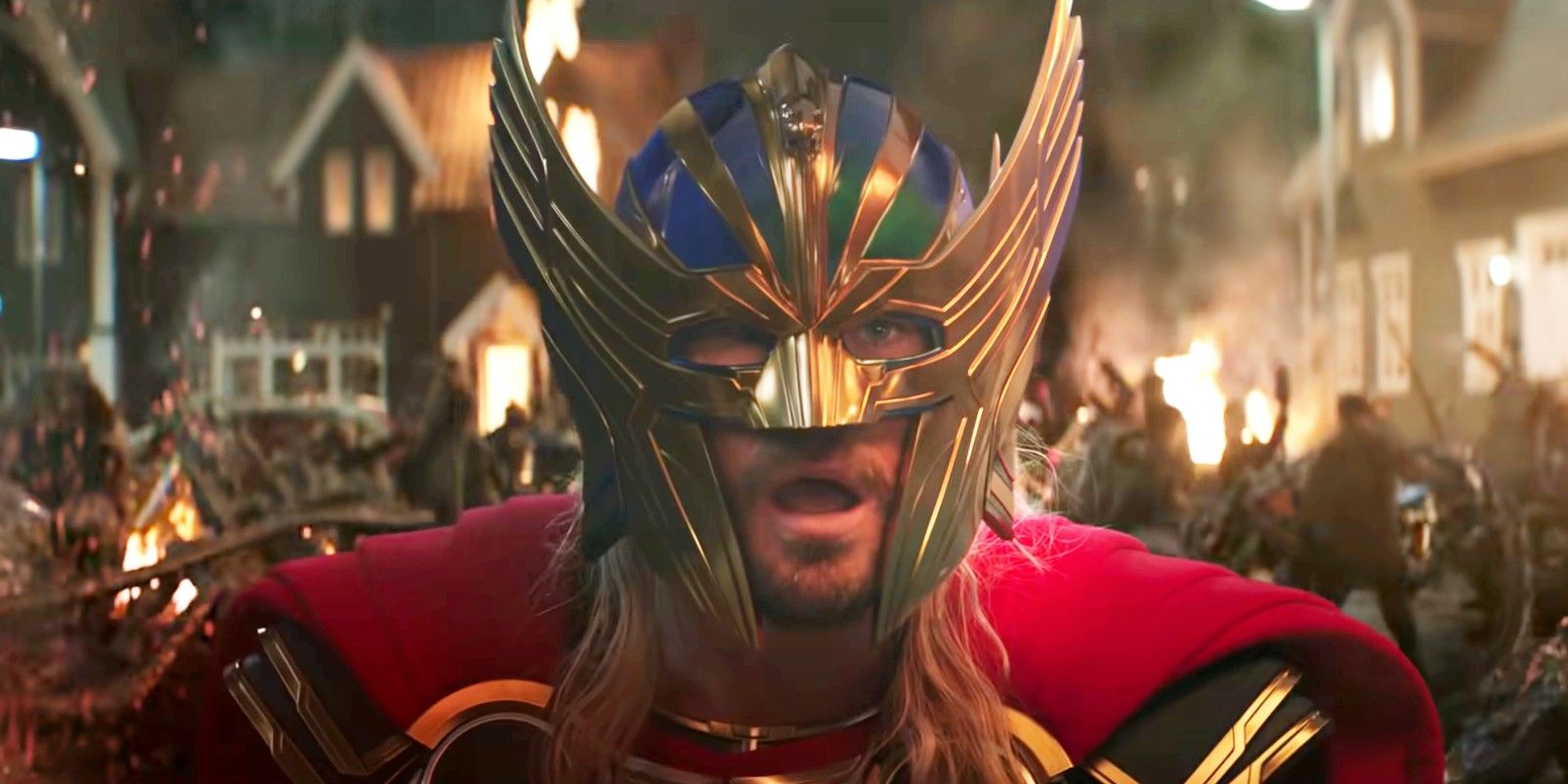 In terms of the CGI and the visual effects, it’s all extremely rough, especially considering the hefty price tag of this film. The worst scenes are the ones filmed with the experimental Volume technology made famous by The Mandalorian. Every scene that features the use of the Volume feels incredibly flat and two-dimensional, like the walls are closing in, even when the characters are in open scenery. The Volume is revolutionary technology that may someday define the entertainment industry, but it’s not quite ready to be the backbone of such high-budget movies. Beyond the Volume, the rest of the CGI is horrible. One moment in particular, which sees Thor teleporting using Zeus’s lightning bolt, is especially bad. This scene and many of the film’s heavy CGI moments look like they were created using an iPhone VFX app in someone’s backyard, not in a multi-million-dollar film studio. Even the use of green and blue screens throughout Thor: Love and Thunder is — honestly — pathetic and distracting.

Finally, the marketing for Love and Thunder heavily emphasized the inclusion of the Guardians of the Galaxy, as if they were going to be a major part of the film. This bait-and-switch resulting in their departure within the first 15 minutes of the film is nigh on infuriating. Those characters are fantastic and deserve more screen time, especially considering how integral they were to the marketing scheme of the film. 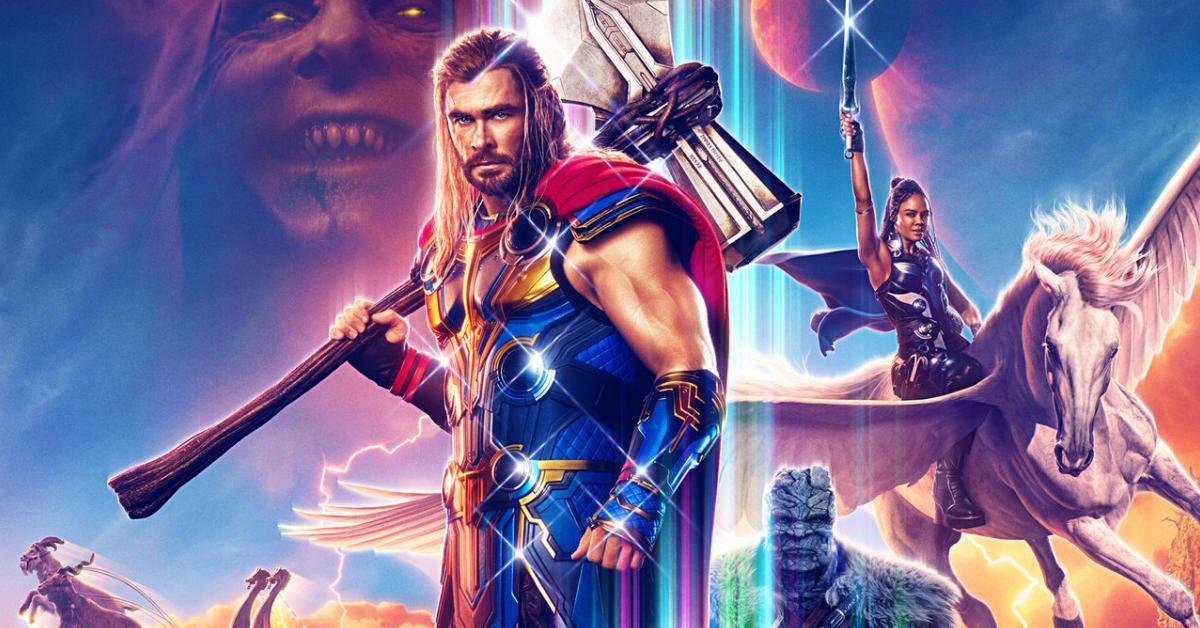 Overall, Love and Thunder is brimming with limitless potential and intriguing concepts that are utterly squandered at every possible opportunity. This film fails to achieve anything of note, or even something remotely passing for good. None of the subplots or concepts are fleshed out in any way. There is nearly zero connective tissue from scene to scene. The dialogue is atrocious, relying far too much on cheap humor that benefits the plot in no way.

The fact that this film had so much potential is what hurts the most and drives down its overall quality. A movie that does not even attempt greatness or introduce any concepts of note is, at best, average. Inversely, a film that nearly achieves greatness constantly but fails every single time is a sign of a far deeper issue. Thor: Love and Thunder may be the best Disney Marvel film in Phase 4, but that isn’t really saying much. This movie will soon be forgotten, as its all-encompassing mediocrity doesn’t stand out and does not deserve remembrance.

Thor: Love and Thunder may be the best Disney Marvel in Phase 4, but that isn't really saying much. This film will soon be forgotten as its all-encompassing mediocrity doesn't stand out and does not deserve remembrance.