Being the oldest of five siblings and, at times, almost a sort of extra parent, I watch a lot of films and series that I’m not interested in. Depending on whose turn it is to choose a movie, we could watch something I love anyway like Star Wars or Lord of the Rings, a nature documentary, or something truly horrible like a jump-scare horror flick. There’s only one genre I hate as much as the latter, that being romance. In fact, I’ve actually seen more horror movies that I liked than romances. So it came as a genuine shock a couple of years ago when I agreed to watch a teen romantic dramedy with my littlest sister and really loved it. 2018’s To All the Boys I’ve Loved Before had all the usual trappings and character archetypes you typically see in young adult romance. Heck, with some family-oriented tweaking, this story could have aired on the Disney Channel. 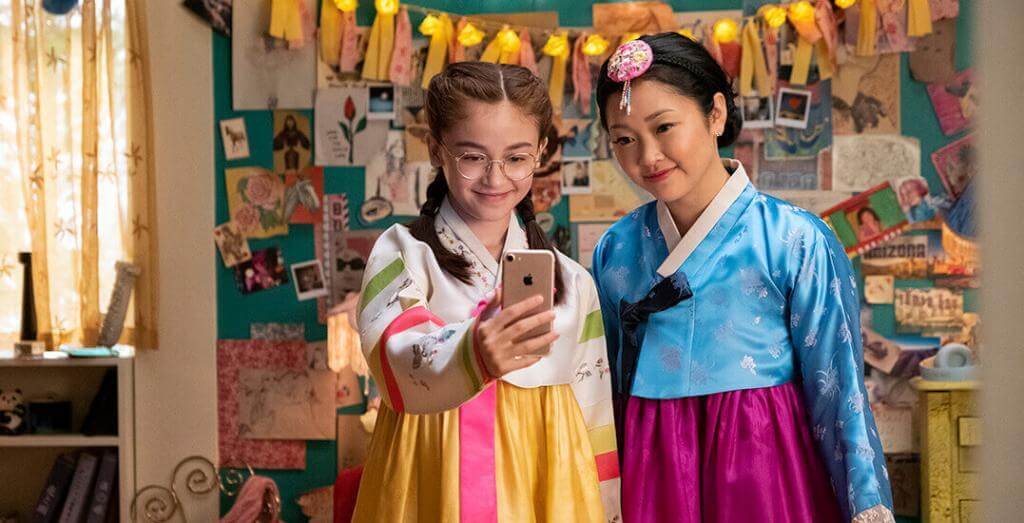 Based on a series of young adult romance novels, the first movie won me over with genuine performances and a sense of realism. I don’t mean realism in the usual sense; of course, nothing happens in this movie that isn’t physically or logically possible. But the way the characters feel and behave is easy to understand and relate to, thanks to a combination of believable acting and detailed writing. Protagonist Lara Jean (Lana Condor) comes from mixed American and Korean heritage. Even if, like me, you know absolutely nothing about Korean culture, this dichotomy sucks you into her world and makes her feel like a real person. I enjoyed her relationship with Peter (Noah Centineo), which starts out as a ruse to make his ex jealous but quickly becomes something else. However, I loved Lara Jean’s relationship with her father (John Corbett) and sisters just as much, if not a little more. If you haven’t seen the film, there’s a scene later on when Lara Jean is upset over her situation with Peter, and her father takes her to a diner to cool off. At the diner, the two talk about Lara Jean’s mother, who passed away when she was little. This could easily be a very stale and boring scene, but the writing paired with the two actors’ facial expressions had me in tears. I was enjoying the movie already, but that scene is when I knew it was something special. That being said, how does Netflix and director Michael Fimognari’s sequel shape up? Let’s dive in. 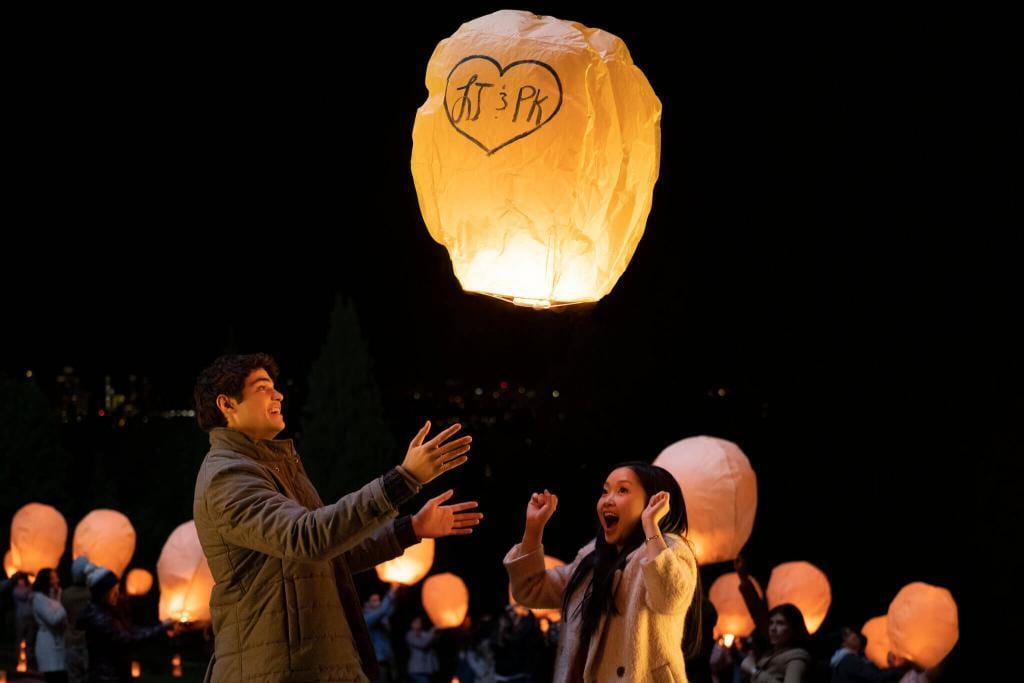 To All the Boys: P.S. I Still Love You starts off shortly after the first film’s ending, as Peter takes Lara Jean on her first real date. At Lara Jean’s insistence, the two light a lantern with their initials and agree never to break each other’s hearts. Peter takes Lara Jean home, and she remarks that it was a perfect evening. However, Lara Jean’s “fairy tale,” as she calls it, soon becomes much more complicated than she could have imagined. She can’t help comparing herself to Peter’s ex, Gen, always wondering if he misses her or wishes he was still with her. Matters worsen when one of the boys Lara Jean wrote letters to, John Ambrose McClaren, sends one back to her in reply. She doesn’t continue the correspondence, but is reunited with him nonetheless, as the two both end up volunteering at the same nursing home. Lara Jean is faced with the choice to continue dating Peter through good times and bad or start something new with her summer camp crush.

One problem I have with romance as a genre, be it comedic, dramatic, or a bit of both, is that the plots tend to be so small. It may seem like a strange complaint about a genre that explores relationships, but they often feel like insignificant events happening to irrelevant people. This is why I usually prefer romance as a subplot in a different kind of story, granted a larger impact by its other elements. The original To All the Boys I’ve Loved Before avoided this with creative writing and lovable characters who felt real. It’s easy to ignore a movie being small or limited when you’re having a great time because you don’t feel the size or limits of it. I won’t say that P.S. I Still Love You totally fails at this aspect of the original, but it certainly doesn’t succeed to the same extent. I haven’t read the books these films are based on, so I’m not sure how accurately the stories are adapted or if it works better in print. But, at least for me, P. S. I Still Love You lacks some of the charm and originality that made the first film work. Part of it, admittedly, has to do with the first film’s premise and how unpredictable it was, which would be difficult, if not impossible, to recreate with a sequel. And I think most people, myself included, would be disappointed if they went with a storyline that was too similar to the first one. In fairness, the central couple’s relationship progresses in a way that makes enough sense, and the introduction of John Ambrose is a logical consequence of the first film’s events. It just feels like more should be going on in this movie to keep it exciting and substantial. There’s nothing in this film like the scene between Lara Jean and her father in the diner, and the scenes with her sisters in the first film were more meaningful and complex as well. 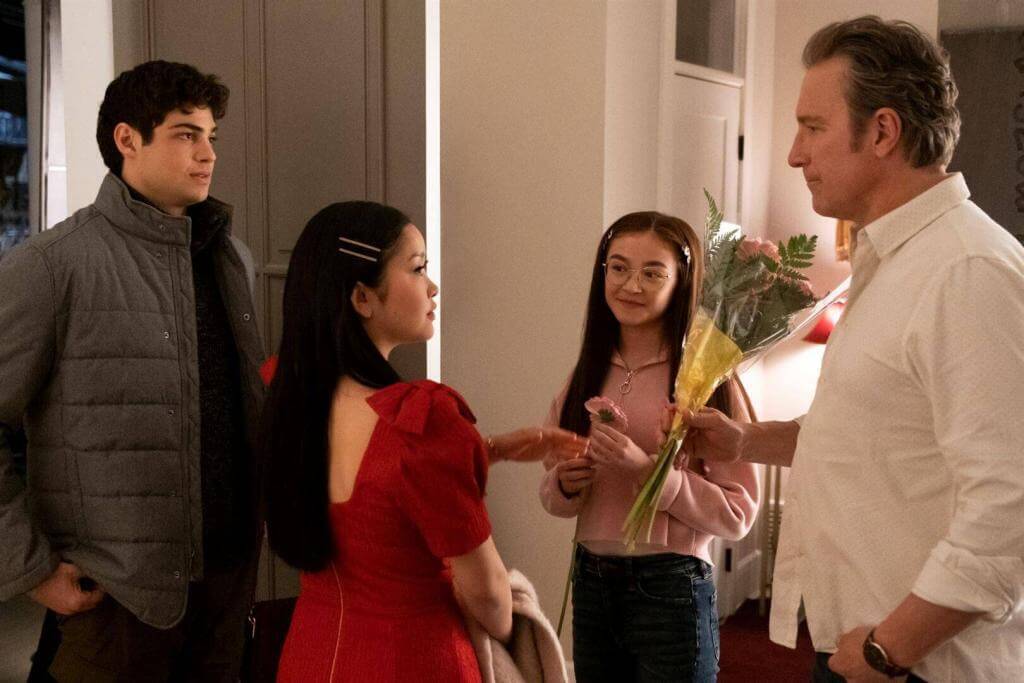 However, I did enjoy this film, and it actually didn’t disappoint me like I was afraid it would. For one thing, I was shocked to enjoy a movie of this type and didn’t think it likely to happen again, let alone with the same franchise. I also saw an interview with Lana Condor in which she expressed a desire to toughen Lara Jean up, a sentiment that made me nervous. Lara Jean is something of a pushover who rarely stands up for herself, and this is one of many things I personally found really relatable. I would be OK with giving her a backbone, but not changing her too much or making her “tough.” Finally, with the introduction of a love triangle, I really thought this film might undo much of what I loved about the first one. Love triangles are a personal pet peeve of mine. And although my favorite scene was with Lara Jean’s dad, I do like Peter as a character, and I think their relationship is well developed. I won’t spoil this film’s ending, but I will say it doesn’t nullify or ruin the first one. And, of course, the acting is excellent from pretty much everyone involved, much like the first movie. I’m surprised to say this about a film series where many of the primary characters are teenagers, something that I normally hate and which usually makes for lousy acting. I really love Lara Jean’s friendships with Kris and Lucas. Lucas is very funny and insightful, and I like that, despite rejecting her letter (because he’s gay), he becomes one of her best friends. Meanwhile, Kris is a little rough around the edges, but she’s always there for Lara Jean, standing up for her when she won’t. I also really like John Ambrose and his performance by Jordan Fisher. I felt awful for him at some points in the film, and I hope we can see more of his story if they choose to continue adapting the novels. 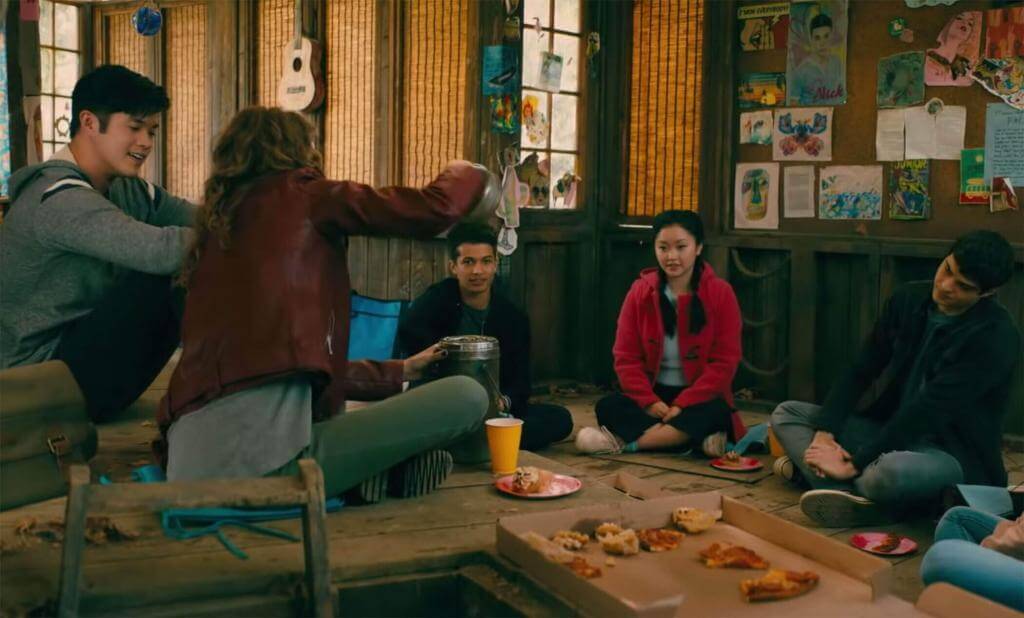 Overall, I would say this is a good sequel and an entertaining movie. It rarely reaches the heights of the first one and lacks some of the ingenuity that made it stand out amongst tripe like The Sun is Also a Star and Yesterday. However, I honestly would have been shocked if it was as good as the previous film. This is a pretty good movie with likable characters and good acting. As such, I do think it’s worth watching if you were interested in seeing where Lara Jean’s story goes after the first film. It’s a decent Netflix romance flick, and that’s all it needs to be.

To All The Boys: P.S. I Still Love You

To All The Boys: P,S, I Still Love You is missing some of its predecessor's surprising charm, but it's not a bad way to spend 90 minutes.