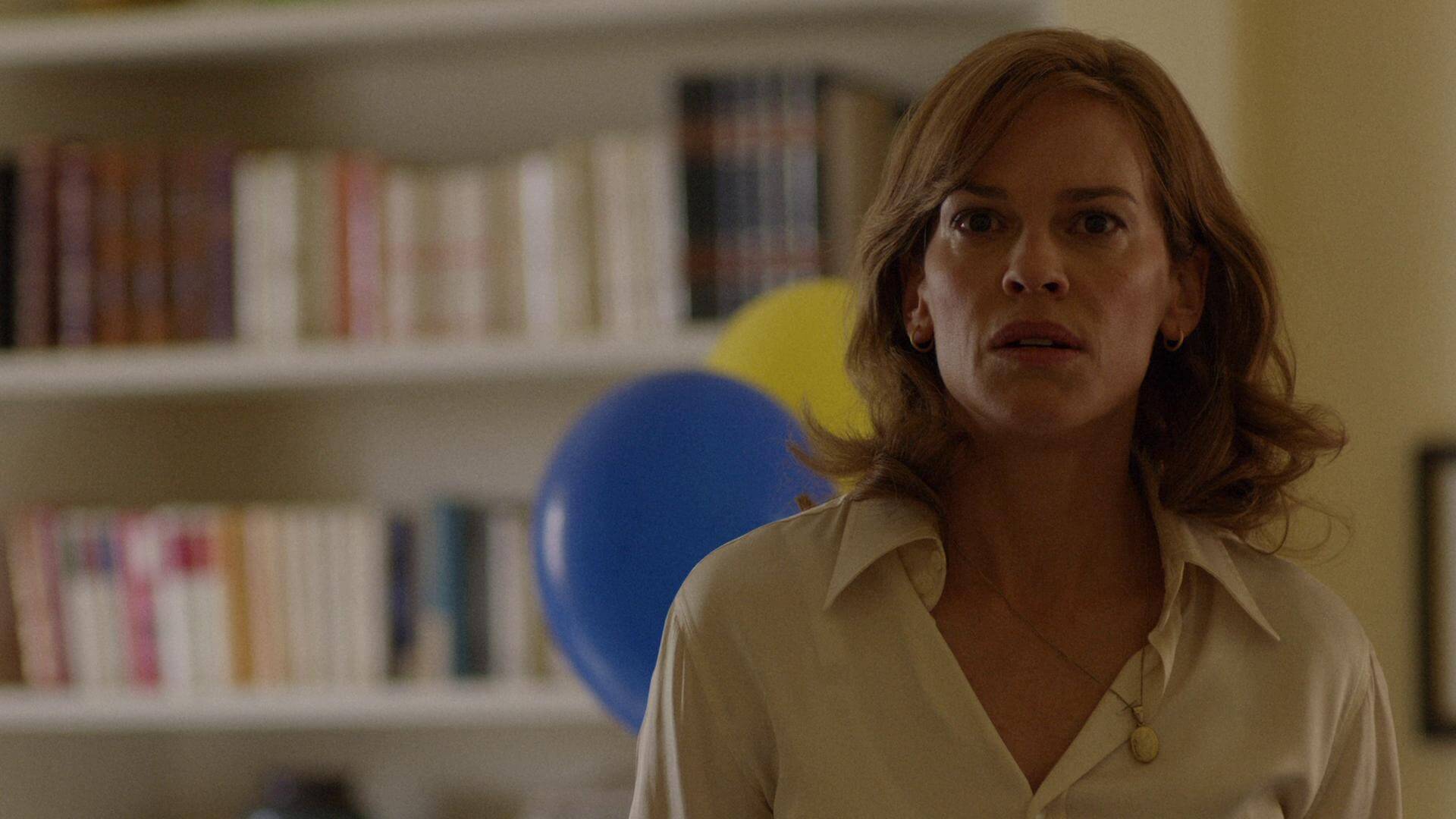 “Kodachrome” begins with Primo’s family lawyer preparing to meet Getty Sr. as Getty employees count the money for the ransom. Meanwhile, Penelope is unable to get a hold of Paul Sr. on the phone. In a flashback we see Getty Sr. meeting with Gail, Paul Jr. and Paul III. to talk about money, art and the business. Gail and little Paul are sent to bed so the men can discuss the company. Paul Jr. accepts a post in Saudi Arabia and packs the family up. But in the present this is all just bitterness and nostalgia, for Paul Jr. Gail tells Chase that the Gettys aren’t like other families and that Getty Sr. lacks compassion.

In the past, little Paul asks Sr. to teach him to swim, so the old man throws him into the water, to the dismay of the boy’s parents. Sr. offers Jr. a post in Italy, deciding Gordon can go to Saudi Arabia. The job is too much for Jr., though, and his father all but drives him crazy. Gail pleads with him to spend time with her and he declines. She takes little Paul to a show alone and gets swept up by one of the performers: her future boyfriend Lang. Among his kidnappers, little Paul recalls his father falling in love with a dancer named Talisa. Talisa dies and Jr. goes off the deep end as Sr. hangs up on his call for help. In the present, Sr. is enraged upon hearing Penelope’s in-out log and learning about her lover, saying she will get one dollar in his will. Jr.’s girlfriend informs him that Sr. is giving him the ransom money. He meets Sr. in a museum and realizes that it’s a loan, and he’ll have to pay it back at 4% interest. He refuses.

It’s interesting to have “Kodachrome” focus on J. P. Getty Jr. so much, since they’ve been portraying him as an irredeemable jerk so far. He obviously regrets some of his decisions, including the decision to get involved with big business in the first place. He notes that he, Gail and their children were happy before his father stepped in. Sr. encourages Paul Jr. to cheat on his wife, demands that he be available for a phone call at 7:45 every night and humiliates him in front of his employees. One wonders why Sr. even gave his son a position of authority if he just planned to override it and ignore his ideas. He even puts Jr. in charge of cutting staff by half, letting him face the betrayed employees. He then gets upset that one of their brightest workers was fired, despite refusing to give input on who should be let go. While Jr.’s actions are his own, it’s easy to imagine how such an unhealthy work life and father-son relationship could bring him to drinking and drugs, with his marriage and relationship with his own children wrecked in the process. It’s heartbreaking seeing his reactions to the old family movies. Nobody around Getty Sr. seems to know how to live a normal life.

One thing that bothered me was Paul III’s reactions to his parents’ new partners. He feels enraged and betrayed by Gail’s relationship with Lang, while his father has been whoring around for ages anyway. And when Paul Jr. gets a serious girlfriend, III’s only problem is that he’s also attracted to the girl. His mother is the more loving parent and the better role model, but he treats her like garbage for trying to be happy.

I’m really interested in Penelope’s story, and it’s worth noting that Sr. seems legitimately distraught to learn that she’s been visiting other men. It’s also unbelievably hypocritical, but the man is nothing if not flawed. All he does is hurt the people close to him, and it’s interesting to see it the other way around for once.

We don’t see Chase much in “Kodachrome” but Fraser is great nonetheless. He can’t say anything, but you can see his growing frustration with his employer, and he seems genuinely pained when he arrives to tell Gail the exchange won’t be happening. Even after what we’ve already seen from him, I can’t believe Getty Jr. just won’t ransom III at all if he can’t make a buck off the deal. This guy must have really been a cold-hearted old cynic to inspire not one but two unfavorable media depictions, and so close together. How does he expect Jr. to pay the loan back, anyway? He only values his family members when they’re doing what he wants, and doing it his way. Even if his sons and grandchildren aren’t fit to run his company, there’s no reason to treat them the way he does. But to Getty Sr., that’s all that matters. He sees people in terms of dollar signs. I also quite like the scene where III realizes it’s his birthday. Knowing that this should be a special day makes it all the more miserable when his own family won’t come out for him.

The acting in “Kodachrome” is, as usual, excellent from everyone involved. The soundtrack is subtle and suits the action well. “Kodachrome” is visually interesting and emotionally gripping from start to finish. In fact, I don’t have any major issues with this episode. The dialogue and character interactions are great. Getty Sr. is a really frustrating character, but that’s what’s so compelling about him. His son realizes some of the mistakes he’s made and seems to regret them, but Sr. always believes he’s right; it makes him unbearable and fun to watch at the same time. I’m really interested in where the story goes from here, especially with the kidnapping, but with most of the subplots as well. There’s likely to be some big confrontation between Sr. and Penelope in the coming episodes and I expect it to be glorious.

The acting in “Kodachrome” is, as usual, excellent from everyone involved. The soundtrack is subtle and suits the action well. “Kodachrome” is visually interesting and emotionally gripping from start to finish. In fact, I don’t have any major issues with this episode.