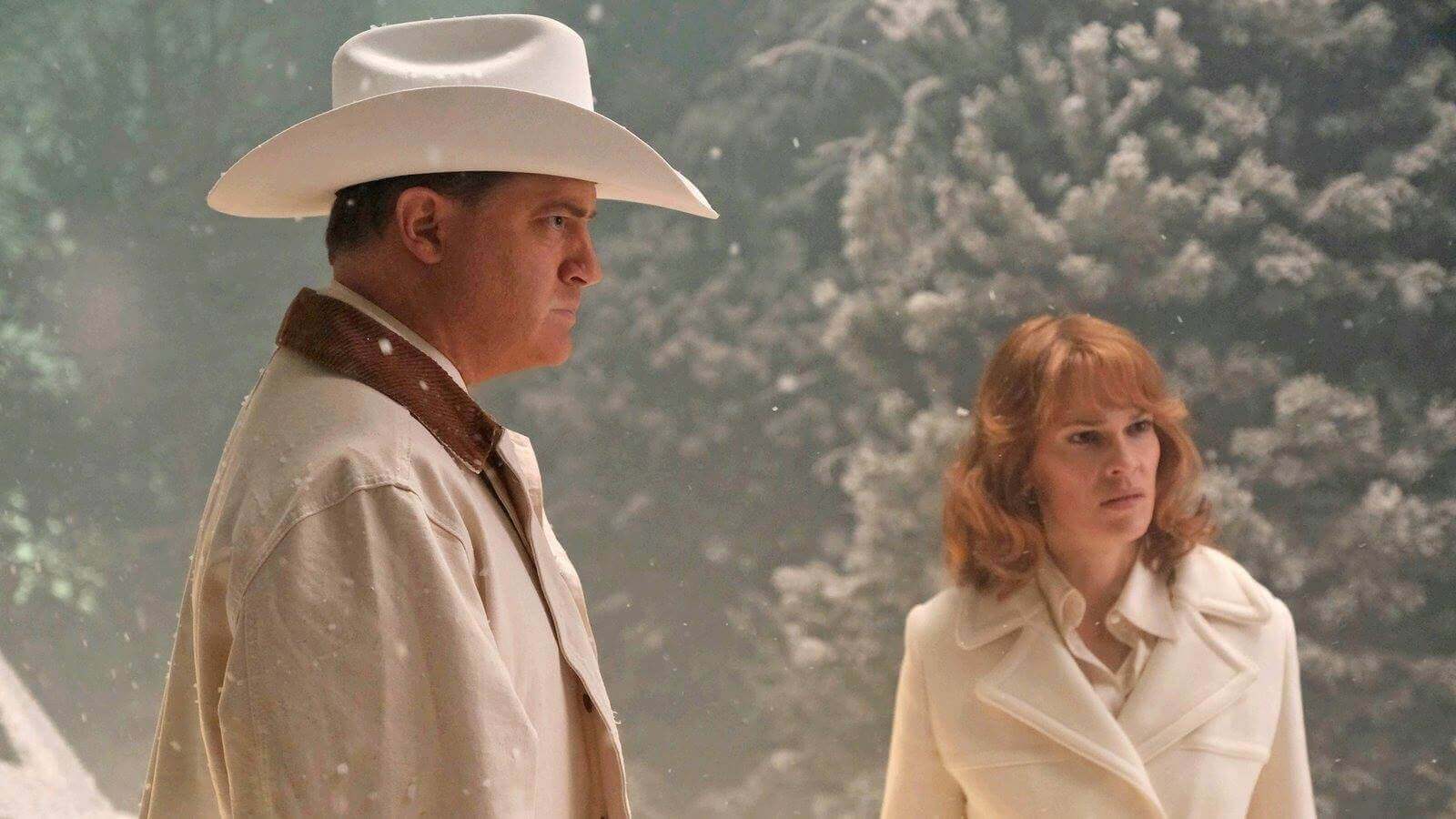 “White Car in a Snowstorm” opens with Chase and Gail awaiting a phone call, and Chase reveals, to Gail’s shock, that he has a twelve-year-old son of his own. In a flashback, Primo’s family realize that the Gettys haven’t received the ear and that’s why they haven’t responded; the ear was posted in Naples, where there’s a postal strike happening. Chase takes Gail to the police station, where they now have pictures of the ear thanks to Primo and his cousin. The policeman insists that it could be anyone’s ear, but Gail knows it’s Paul’s. Getty Sr. isn’t convinced, though, and isn’t thrilled to speak to Gail, telling her that he’s not able to do any more because Paul Jr. declined his offer.

Getty Sr.’s butler looks for the head gardener but only finds another man who tells him that the gardener is gone. Gail meets with her ex-husband and begs him to accept the loan, but he says he can’t or he’ll be in his father’s pocket again, like when he worked for him. Gail calls in a favor from an old friend and writes a personal letter to President Nixon, begging him to intercede on little Paul’s behalf. Penelope’s secret boyfriend asks her to move in with him. Paul Sr. receives a call from President Nixon about his Wyoming oil fields and specifically about Paul III; he offers to help resolve an issue with the oil fields in exchange for Paul getting his grandson back. Jr. comes to see his father, who apologizes for once. He offers to pay half of the ransom out of pocket, and loan his son the other half interest free. He then tells Penelope that he’ll make much more money from Nixon’s offer than he is spending on the ransom. She replies that she’s done now that she knows little Paul is safe and leaves. Gail tells one of the Italian shopkeepers to inform Fifty that the money is coming in two days.

Throughout “White Car in a Snowstorm,” Paul’s ear wound becomes increasingly infected and a doctor determines that they’ve been giving him penicillin, to which he is allergic. He says he can only do so much and that Paul just might need a hospital or even a priest. Paul Sr.’s pregnant mistress prepares to leave him too, which actually seems to upset him. Primo tells Fifty to make sure Gail and Chase wear all white, drive a white car and bring the money in white suitcases. Leonardo apologizes to Paul for his ear, but he explains that it was his idea. Fifty and one of the cousins arrive to meet Chase and Gail, demanding the money up-front. When she says that there’s no way she can trust them once she’s paid, Fifty takes off his mask and tells her his name. He says that if she doesn’t get her son fair and square, she can tell the police his name and describe him. This brings us back to the beginning of the episode, with Gail and Chase waiting for a payphone to ring. Salvatore says that they should just kill Paul now that they have the money, to protect their identities and avoid sticking their necks out. Primo insists that they should return him and make a business of kidnapping. The phone finally rings and the meet-up is arranged. Leonardo and Primo let Paul out of their car and send him to a gas station to meet Chase and Gail; once at the station, however, he simply keeps walking. Gail and Paul are finally reunited as they find him up the road. 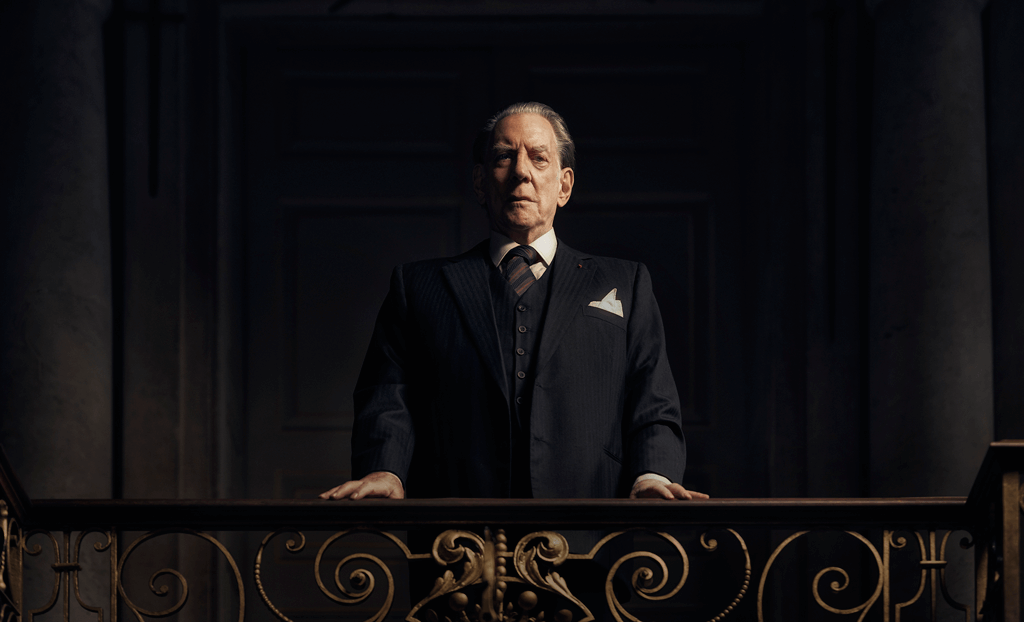 “White Car in a Snowstorm,” even more than the previous episodes, highlights Gail as being the only one with Paul III’s interests at heart. The boy’s father and grandfather can’t come to an agreement and seem more interested in the specifics of financing the ransom as opposed to getting Paul back as quickly as possible. Even when presented with the ear, both Paul Sr. and Jr. try to claim that it could be someone else’s ear, or even a “piece of prosciutto.”  It’s astounding that the President of the United States has to call Sr. and offer him a lucrative oil deal just to motivate him to ransom his own grandson, and he will still only pay half of the ransom out of pocket. I also find it interesting that Salvatore, who has seemed comparatively reasonable up to this point, wants to kill Paul rather than return him. This also doesn’t make much sense; he wants to do it because Paul has seen his face and can identify him, but Getty Sr. has also seen his face; I don’t see how killing III would protect his identity. In both the Getty family and the family of kidnappers there are good people like Gail and Leonardo, and people who only see dollar signs like Salvatore and Getty Sr.

I really like the scene where Fifty shows Gail his face and tells her his real name. These two have a strange kind of relationship, borne from their conversations over the phone. Since Gail knows his code name and voice she pleads with him directly, and he’s one of the few who actually wants to act as honorably as possible under the circumstances. It’s too bad Primo got him involved in this whole deal, as he isn’t suited to the role and wanted nothing to do with it from the beginning. I also like what we see of Penelope in “White Car in a Snowstorm”, though it isn’t a lot. I was hoping for some kind of blow-up between her and Sr., but her simply leaving him for another man is satisfying in its own right. And within a couple of days he loses another one, as the pregnant girlfriend values her unborn child more than Paul and his lavish lifestyle. Donald Sutherland absolutely kills it here, portraying a man who wants to seem unphased, but who is clearly hurt and insulted at being abandoned by the two women. His relationships with his girlfriends were always corrupted by virtue of his seeing them as objects and making them sign all rights away. This also begs the question of why they would tolerate such indignity just for money. Two girlfriends remain, but the ones he has been shown interacting with the most are gone. Penelope is the only one who has gotten any focus in the series, and she was clearly his favorite. She genuinely seems to care about him, but can’t tolerate his cold demeanor and self-absorption any longer. 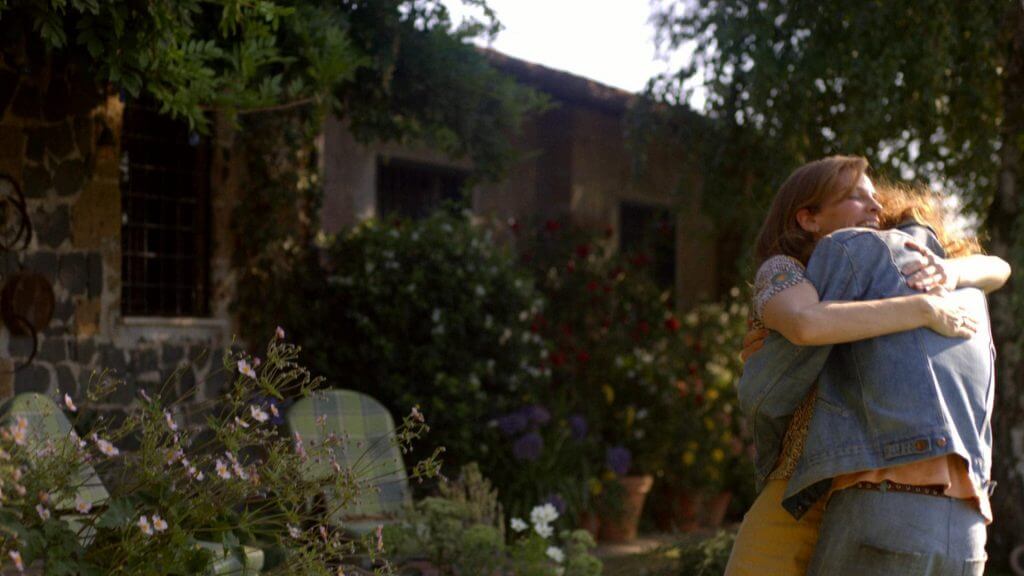 The acting in “White Car in a Snowstorm” is amazing in general – even, I would argue, in comparison to the rest of the season. Hilary Swank is on fire from start to finish, begging and pleading and prostrating and doing anything she can think of to get her son back. It’s sad that she has to write a letter to the most powerful man on Earth just to get Sr. to listen, but it’s a brilliant idea and one that works wonders. I’ve been somewhat disappointed in that since “Lone Star” we haven’t gotten that much of Brendan Fraser’s Fletcher Chase. An interview with him referencing this series is what first got me interested in Trust, plus he’s top billed with Swank and Sutherland and this character had a larger role in the film All the Money in the World. Nonetheless, I can’t criticize Fraser’s performance, as he is always convincing and has great chemistry with Swank. He’s been in several of the episodes but doesn’t get much focus, and the beginning of “White Car in a Snowstorm” is the first time he’s really opened up. Donald Sutherland is amazing and every scene with him is on point; he’s able to portray all the emotions of a very complicated man in such a subtle way, it’s like he climbed inside Paul Getty Sr.’s head to pick his brain.

“White Car in a Snowstorm” is a great episode of Trust. There’s a lot to love here, from the music to the performances to the interesting use of the camera. The scene where Chase and Gail are driving along the windy road, for instance, is very well shot. There’s only one episode left and it’ll be interesting to see where they go with it, especially now that Paul has been returned and things seem to be wrapping up.

Trust - "White Car in a Snowstorm"

“White Car in a Snowstorm” is a great episode of Trust. There’s a lot to love here, from the music to the performances to the interesting use of the camera. The scene where Chase and Gail are driving along the windy road, for instance, is very well shot. There’s only one episode left and it’ll be interesting to see where they go with it.