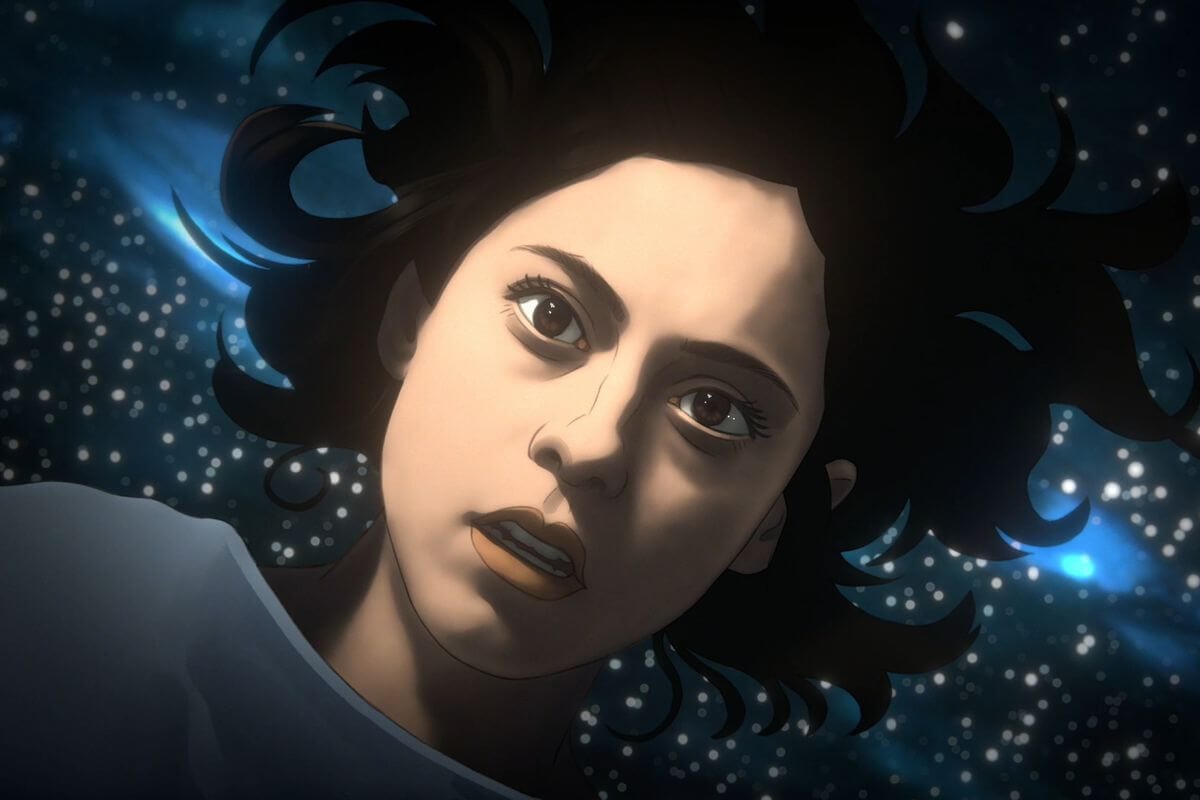 Virginia: On September 13th, Amazon Prime dropped season one of Undone, the next animated series from Tornante. The Michael Eisner-created and owned animation studio previously brought Bojack Horseman and Tuca and Bertie to Netflix. In fact, Undone’s creators/executive producers are none other than Bojack’s creator and writer Raphael Bob-Waksberg and Kate Purdy. This was initially enough to draw me to Undone, but this is a work all its own and completely original. I only wish I had seen it sooner, but I only heard of it from some fellow Bojack fans. In a word, I would call season one inspired. What do you think, Munir?

Munir: That’s the right word. Undone is something completely unique that takes you by surprise and doesn’t let go until the very last moment of the final episode (and some time after that). The series utilizes rotoscope, which is the animation technique in which animators trace over motion picture footage. This means that the actors had to perform all the scenes for the animators to animate over them. The series tells a story that may not be that original. After all, death and family trauma are themes that have been explored hundreds of times. However, its execution is entirely unexpected and bold. I daresay it’s heartfelt, for the story deals with grief in a meaningful way. I was enthralled the whole time.

V: I firmly believe that any theme, story, or character arc can be retold well regardless of familiarity. If the writers are smart, they can make just about any concept seem fresh and new. It’s interesting that you mention rotoscope right off the bat. I love most forms of animation and try to keep an open mind, but I always hated rotoscoping. Films like Ralph Bakshi’s Lord of the Rings always put me off with their unsettling imagery. When I first watched Undone, I thought it looked like rotoscope. However, it looked so good that I assumed it must be flash animation or something else. I was shocked to learn that it was, in fact, rotoscoped. These animators (and the actors as well) really won me over, and I can’t commend them enough. And I agree with you about the engaging storyline, as well as the realistic and richly explored characters. I also want to commend the music in Undone. The original score by Amie Doherty is absolutely gorgeous. 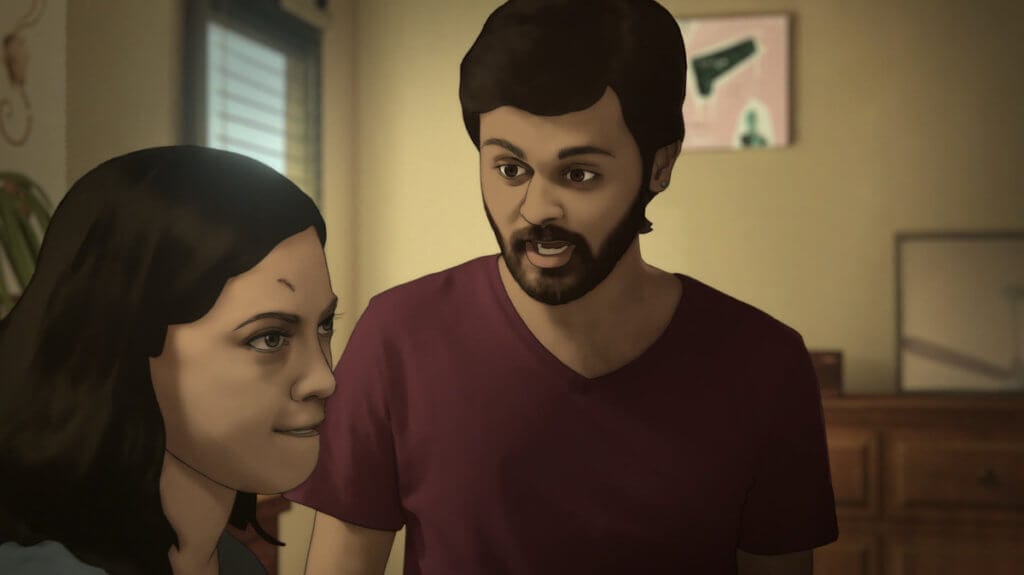 M: I also like that at the forefront is a Latino family, which is not something you often see on TV or film. The series intertwines these cultural elements into the story in a thoughtful and meaningful way. Their ancestry plays a big part in the mystery, and it opens up the whole world. I also like that our protagonist is someone unstable and not very reliable. You are always guessing if what she’s experiencing is true or just part of her mental illness. Her various relationships, with her boyfriend, sister, mother, and deceased father are very engrossing and complex. She’s also disabled since she’s deaf, but the series plays this beautifully into the story instead of just making her disabled for the sake of it. Every element of Alma’s (the main character, beautifully played by Rosa Salazar) character has been carefully thought out and has a reason to exist within the story. Nothing is wasted.

V: I agree, and that reminds me of Brad Bird’s “use every part of the buffalo” mantra for the first Incredibles. Throughout this season, I was surprised and engaged at every turn, and it’s not very often that I find a show that makes me feel that way. Although Alma is the main character, and the most nuanced one, I love the way Undone gives us windows into the lives of her friends and family. It was a small but telling moment when Reed’s mother assumes that Alma and Becca’s mother doesn’t have anything to wear to a nice wedding. 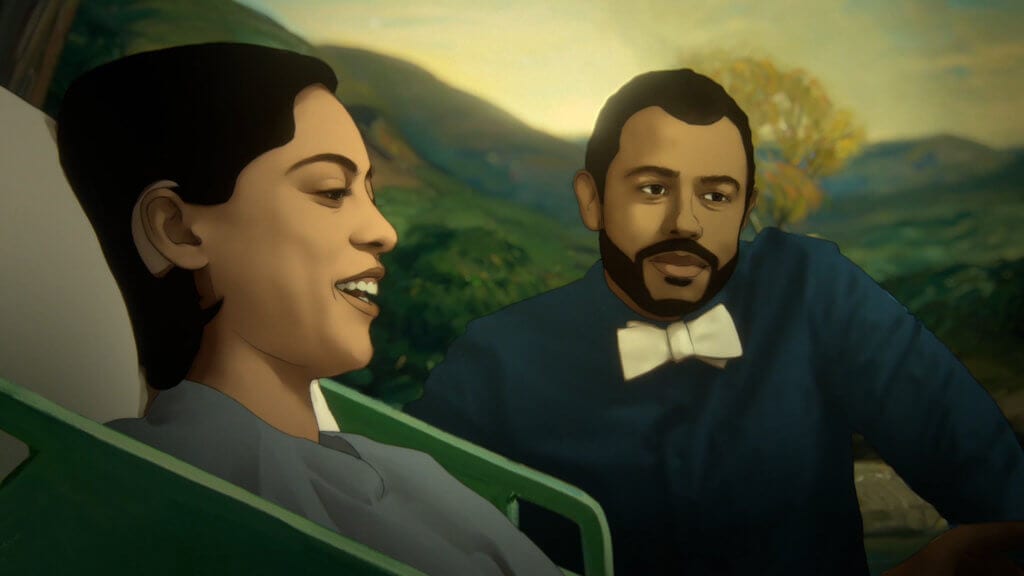 M: Indeed. I also liked how she started mastering her powers and could navigate through time, redeeming things that could’ve potentially broken up her relationship with her family and friends. I also like Bob Odenkirk’s character, Jacob, Alma’s deceased father. Once he appears, he is the main force driving Alma’s life. However, you can tell that he’s selfish and only wants Alma to focus on mastering her powers while neglecting her life and the rest of the people that care about her. I also enjoyed his mysterious death, starting with him as a victim of a conspiracy. Little by little, you could see that he was not telling all the truth until the explosive ending revealed everything. This showed that not everything we know or believe is what it seems, and the people we think we know may not be like that at all. 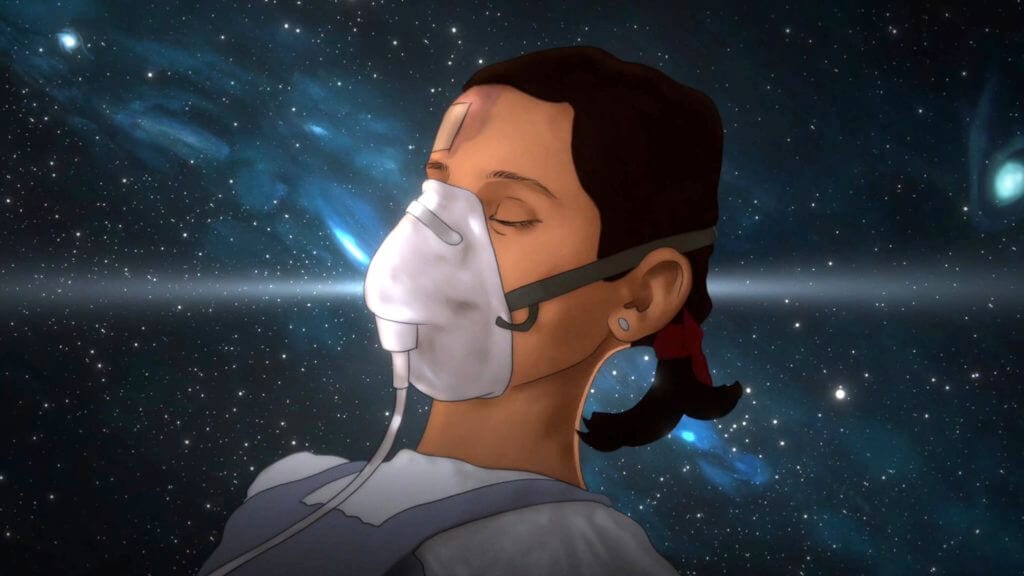 V: Jacob is just as complicated and unreliable as Alma is. We get a lot of characters’ perspectives throughout the season, and just as in real life, it quickly becomes hard to know who to trust. In the end, Becca and Camila seem much more sympathetic than they did in the first few episodes. Likewise, Alma and Jacob become more interesting, but your feelings about them change a lot. Not to jump the gun, but I was absolutely floored by the ending and its lack of concrete answers. I love a story that leaves you asking questions, and personally, I hope this season is a one-off, as I love this open ending.

M: I’m mixed towards the ending. I mean, I love it, and I understand what you’re saying. Part of me wants to love it as that, but another part wants to know what happened and wants a second season. Either way, I think this was one of the most brilliant debuts and one of the best series I’ve seen this year. 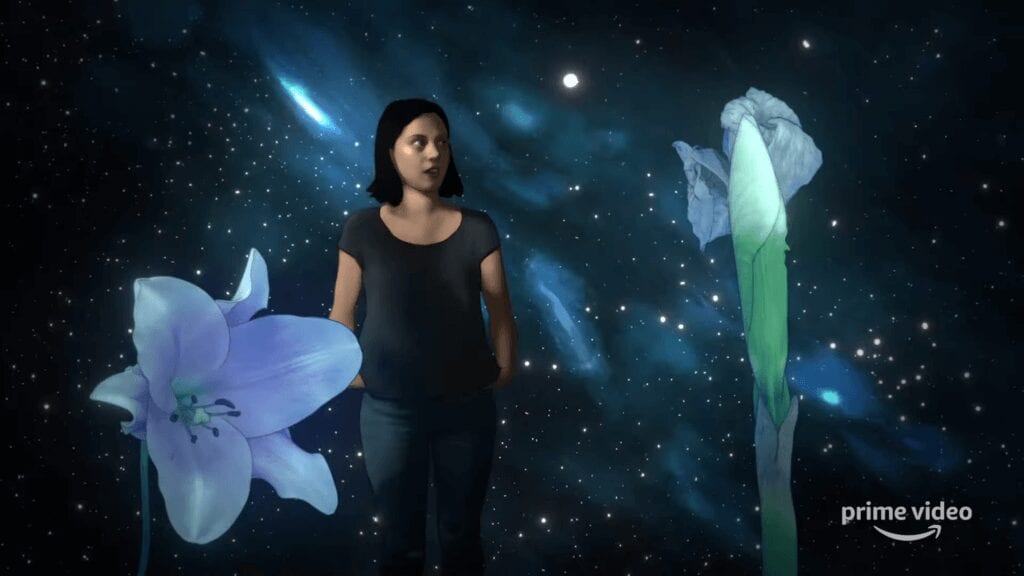 V: I think it’s better to leave people wanting more than to offer an answer/conclusion that probably won’t work for some. And whether they come out and say that Alma is crazy (which I take to be the implication) or that she does have powers (which I find an intriguing possibility), I wouldn’t be satisfied. Either way feels like an oversimplification of the situation. Do you know what I mean?

M: I do, but still, there’s a little part of me that wants more. Either way, I’m very satisfied with the whole season. It’s also a very nice way to push animation forward. Most adult animated series tend to be comedies, but this one is a complete drama/fantasy series with some comedic undertones. It has lots of heavy moments and never shies away from important and tense moments. I would like to see more series and films like that. 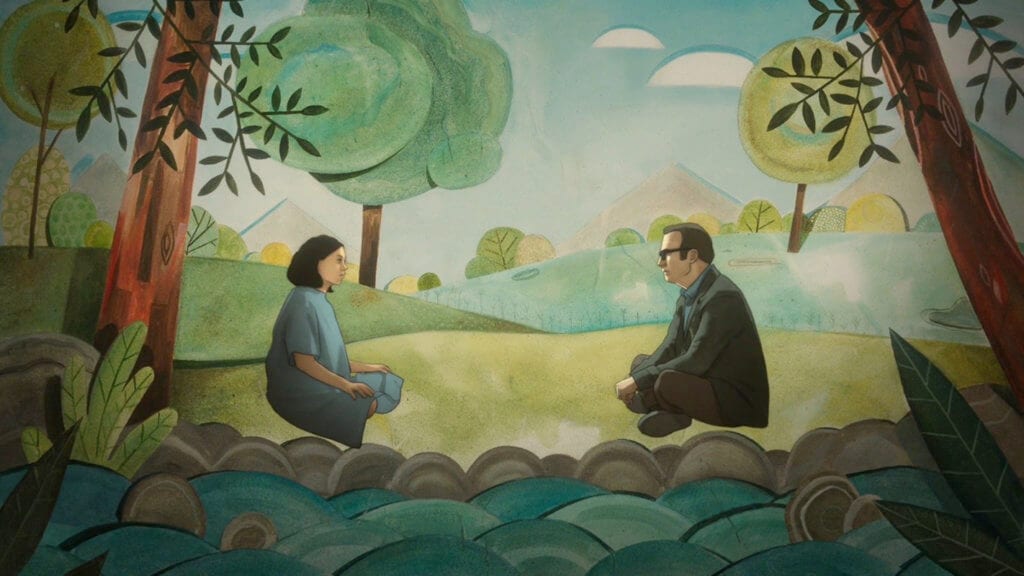 V: I love the way this series highlights the difference between the mundanity of real life and the bizarre, magical way Alma sees the world after her crash. It’s captivating at first to watch this seemingly average woman live her life, but then the series turns you on your head with Jacob and Alma’s visions.

M: Agreed. I also hope it gets discovered by more people because it deserves to be seen by the widest audience possible. It’s that good.

V: In short, I would say that in terms of visuals, narrative, acting, and even music, Undone is sublime and, I would recommend it wholeheartedly.

Undone is the rare series that feels pitch-perfect. The acting, music, visuals and dialogue all work together to create a cohesive experience unlike anything we've seen.

Amazon Prime has some really good series that nobody seems to be watching. “Bosch” “Sneaky Pete””Homecoming” “Electric Dreams” and the utterly brilliant “Fleabag.” This sounds most promising and I’ll be checking it out once I get through watching “Goliath” which is my current favorite Amazon Prime show.

Even though the show does stray a little bit from the Clancy novels, Jack Ryan is incredible as well.

Thanks so much for reading! I also loved Homecoming and Goliath. I admit I haven’t yet seen the others you guys mentioned.