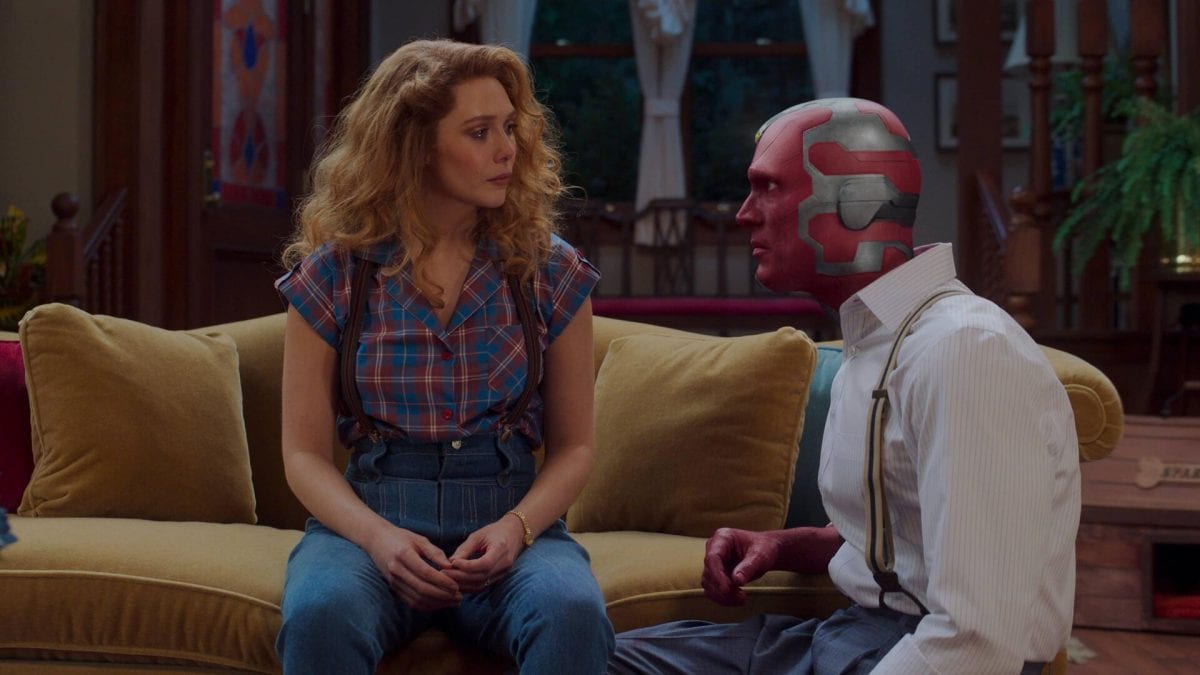 Well… that was something. “On a Very Special Episode” is aptly titled for several reasons, not the least of which is that it’s the best episode of WandaVision yet. Every element that makes the series so fascinating is present, and they’re all balanced perfectly. The sitcom sendup aspect is back and takes aim at the 80s, but SWORD’s investigation marches forward as well, and just when you think you know everything the show has up its sleeve, another ribbon slinks out.

As Wanda’s sitcom world enters the 1980s era, SWORD attempts to communicate with her. Monica has a few ideas about Wanda’s powers – and intentions – thanks to her time undercover. The cracks in Wanda’s spell are beginning to show, particularly to Vision.

“On a Very Special Episode” returns to satirizing sitcoms after last week’s hiatus, and immediately, the attention to detail is stunning. Wanda’s wacky hair, Vision’s plaid shirt, the bland jeans, Agnes’ legwarmers, and even the window on the front door of their suburban home scream 80s. But the pièce de résistance is the opening title sequence. A meld of Family Ties, Growing Pains, Full House, and others, this is the best of all the openings, beating out even the wonderful 70s pastiche from “Now in Color.” The biggest laugh I’ve gotten from the show so far may have been seeing Wanda, Vision, and the kids race into a park like the Tanners. Love it or hate it, nobody can accuse WandaVision of half-assing its premise.

“On a Very Special Episode” manages to use that premise in new and interesting ways, not just to comment on sitcom tropes but to further the larger story and the characters. The last time we saw the super couple, they’d just become parents to twins Billy and Tommy. After a brief scene where the different stock jokes about babies are rattled off (Wanda can’t make them stop crying; Vision uses their pacifiers as earplugs; ubiquitous neighbor Agnes suggests booze to put them to sleep), they suddenly age ten years and get into the kind of hijinks pre-teens tend to on a comedy show. That leads, inevitably, to asking mommy and daddy if they can keep a dog they found on the street, which, in turn, results in the subject of one of those “very special episodes” sitcoms used to have when they felt the need to broadcast their message ahead of time: this week, the Maximoff family will learn about accepting death.

It’s not hard to imagine how that plays into the main storyline. As we learned last week, WandaVision is all about Wanda refusing to accept the harsh realities of life. “On a Very Special Episode” reveals that she stole Vision’s body from SWORD headquarters shortly before turning Westview into Nick at Nite. Now she’s created a world where she never has to deal with tragedy again. Explaining the inevitability and finality of death to her boys lays out the contradictions inherent in Wanda’s vision (not to be confused with her Vision). She wants to teach her children the truth about life and the world, but their very existence is a denial of that truth, one Wanda persists in maintaining. Their inability to understand that the dog must stay dead stems from Wanda’s flagrant breaking of nature’s laws. Elizabeth Olsen is excellent in this scene, playing Wanda’s emotions close to the chest; it’s unclear whether Wanda realizes that she’s causing their confusion or if she’s so deluded that she doesn’t see a problem.

Her confrontation with Vision similarly keeps things murky. Throughout “On a Very Special Episode,” Vision slowly begins to see irregularities in the fantasy in which he’s trapped. The rapid aging of his sons is one, as is the character breaks in their friends. Agnes suddenly asks Wanda if she should say her lines again, like an actress seeking direction after a bad take. Wanda tries to work her magic, but this time, Vision isn’t so easily swayed. He gets a taste of the horror Wanda’s inflicting when he’s able to snap his co-worker Norm out of his role, and Norm’s real persona – Abhilash Tandon – tells him how much the spell hurts him. Vision finally stands up to her, trying to make her see the pain she’s causing, but Wanda resists and asks him to simply accept what she’s done for him. Which, ultimately, is preferable: the agonizing truth or the comforting lie? 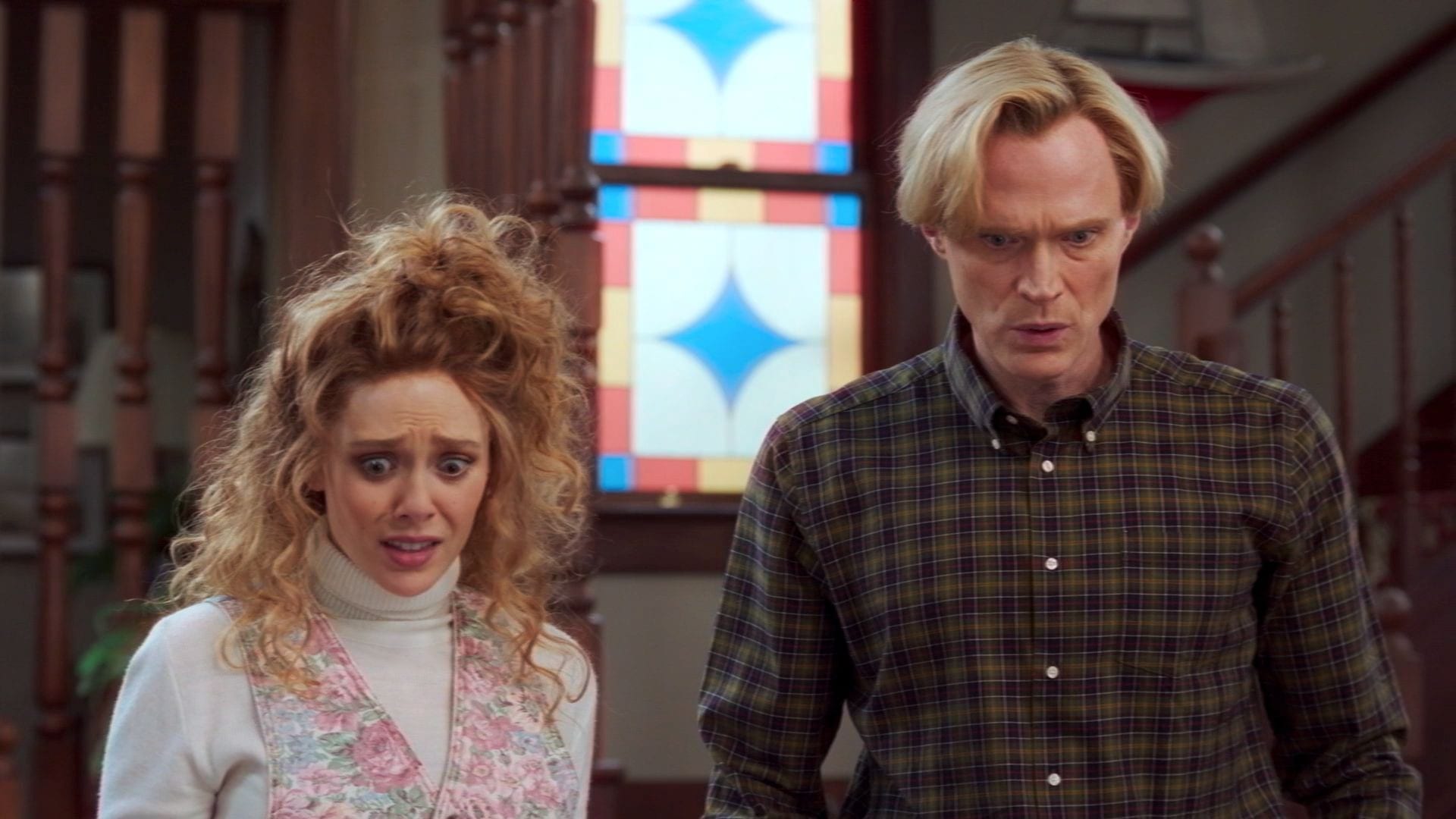 Wanda may face that sooner than she thinks now that she’s got her brother back. Elizabeth Olsen alluded to a big surprise in “On a Very Special Episode,” similar to a legendary character’s return on another Disney+ program. I wouldn’t say this one is quite on that level, but the final reveal took me by surprise. Not only is Quicksilver back, but he doesn’t look like Kick-Ass anymore; the Quicksilver of WandaVision is played by Evan Peters, as he was in the last few X-Men movies. This raises several questions. First, is this merely a mystical “recasting,” as Darcy suggests? Or is this actually Pietro Maximoff from another dimension? I tend to think it’s the latter, especially since Marvel is diving head-first into the multiverse. If he is, that means he’s a mutant, and he’s now paired with a Wanda who isn’t. I don’t recall the X-Men films mentioning Wanda, but they never discounted her existence either. So there could be a mutant Wanda Maximoff out there who is Magneto’s daughter. Or perhaps this Pietro is the key to Wanda understanding that she’s a mutant too, who always had powers that the Mind Gem simply unlocked.

The most important one, though, is whether Wanda was telling Vision the truth when she said her brother’s appearance wasn’t her doing. Earlier in “On a Very Special Episode,” Monica says that she believes Wanda isn’t hurting people on purpose, that she’s somehow being controlled or manipulated, as she’s done things like protecting Monica instead of killing her. If so, whoever or whatever is behind all of this could be sending in Quicksilver to further consolidate its hold on her. Some of Wanda’s actions seem perfectly in character, but others don’t. She doesn’t hurt innocent people, for example; even at her worst in Age of Ultron, she and Pietro turned on Ultron and sided with the Avengers when Ultron’s human extinction plan was revealed, and even saved individual people caught up in the resulting super battle. And the deaths in Lagos – which the SWORD director is all too happy to bring up – weren’t her fault, and were actually the result of her trying to save lives. I’m pretty sure we still don’t know everything that’s going on, and I love how it’s being parceled out in drips and drabs.

The one thing I didn’t like about “On a Very Special Episode” is the needless and detrimental mention of everyone’s favorite killjoy, Captain Marvel. The idea that these people know the specifics of the final battle against Thanos strains credulity already since none of them were there, but I can overlook it because they’re making a point about how powerful Wanda is. But Jimmy Woo just had to throw in that line about our new Lord and Savior (she’d probably take umbrage with a gendered title like “Lady and Savior”). Not only is it unnecessary and present just to throw this character in our faces, but it diminishes what Monica was saying about Wanda and the power she’s using on the show. Is every compliment paid to a well-liked character going to be followed with a verbal participation trophy for Carol Danvers? 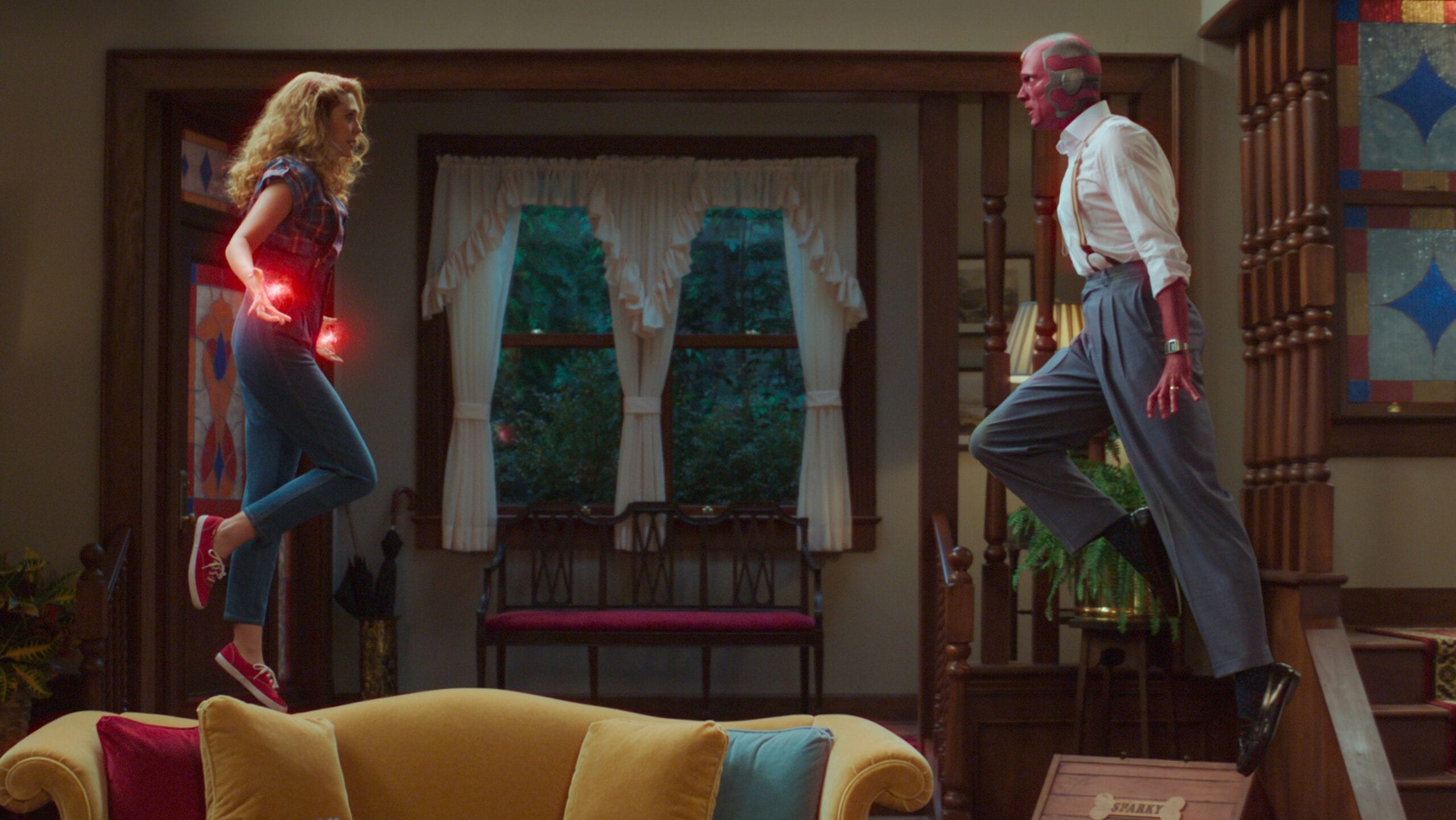 Conversely, I did like the implication that SWORD is becoming just as corrupt as the rest of the government institutions in the MCU, or at least as useless and boneheaded. The director’s insistence that Wanda is evil, his invocation of the Sokovia Accords (which are still a thing, I guess; one of the biggest flaws with the last few films was that they didn’t deal with that storyline), his deliberate misunderstanding of the Lagos incident, his dismissal of Monica as soon as she says something with which he disapproves, and his attempt to assassinate Wanda point to a cold-blooded bureaucrat who’s as bad as the people from whom he “protects” us. I also like how Monica is starting to question his actions and motives, suggesting an arc for her. And Wanda forcing all the SWORD agents to turn their guns on him was immensely satisfying (and reminiscent of her father, if only from another dimension).

“On a Very Special Episode” showcases everything that makes WandaVision great. While I wish they’d left out the needless reference to a character who was best left out of the MCU, the sitcom satire, the questions about Wanda’s agency, the darkening of SWORD, the merging of real and imagined worlds, and the big surprises make this one a winner.

this show is really coming together and it is exciting to watch it happen.