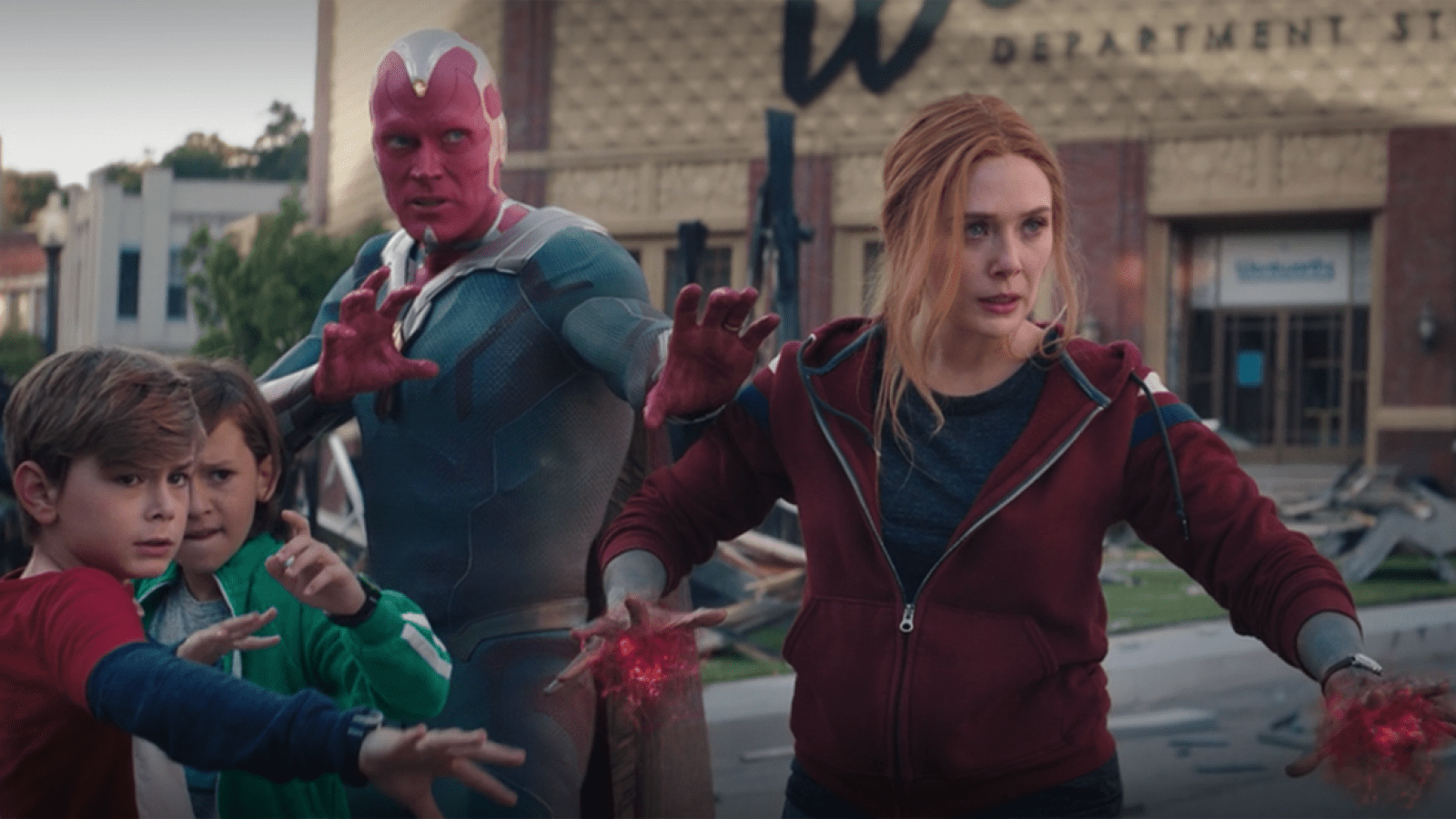 The MCU’s most inventive offering ends its limited run with the appropriately titled “The Series Finale,” and WandaVision’s wrap-up is more or less what you’d expect. It hits some story elements out of the park, but others are just a little bland, with certain ideas not fully explored or just dispensed with as quickly as possible.

Agatha offers Wanda a trade: her powers for a life in her fantasy version of Westview. SWORD unleashes its newly awakened Vision to take down Wanda as Hayward and his men gear up to invade the town. Action ensues.

“The Series Finale” follows weeks of setup and character exploration with a rewarding dose of people with superpowers beating the crap out of each other, and while it does more than that, this is the meat of the episode’s first two-thirds. As you’d expect, the centerpiece is the showdown between Wanda and Agatha, two powerful witches letting loose with their fantastic abilities. Part of the MCU’s appeal, despite accusations of uniformity in its films, has been giving people something a little different each time, particularly in its action climaxes. Even small things like Thor and Malakith throwing each other through dimensional rifts at the end of The Dark World or Tony Stark jumping from one suit of armor to another in Iron Man 3 keep super battles from feeling like more of the same. (That these are two of the less-appreciated entries is perhaps a lesson in trying to please your critics.) WandaVision’s witch battle is probably most similar to the ending of Doctor Strange, with its mystical solution to a planet-destroying problem, although it’s not as inventive as “Dormammu, I’ve come to bargain.” Still, there are punchy twists to the setup of two magic-wielders shooting beams of red light at each other, like revisiting Salem or using magic against someone who absorbs it. 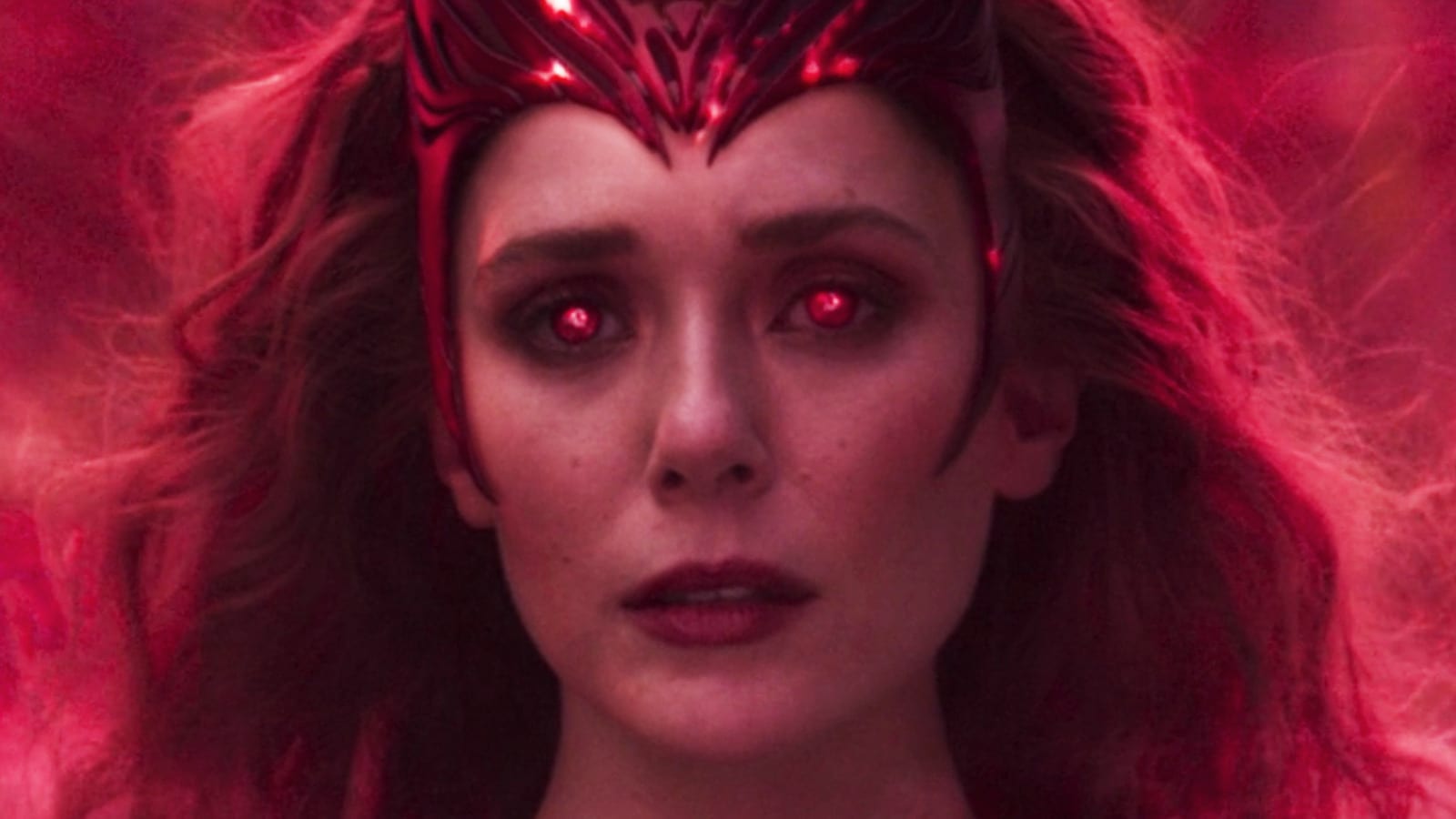 What really keeps it from growing stale, though, is the conflict it presents to Wanda, one that encapsulates the struggle she’s felt throughout the series. Agatha will give her a lifetime in the world she’s created, the dream of her perfect, happy life with a family if Wanda gives Agatha her Scarlet Witch powers. It’s everything Wanda wants: freedom from pain, responsibility, and ever having to worry about having her heart broken again. And it may have worked – if Agatha hadn’t shown Wanda the pain she’s been inflicting on the Westview residents for the past few months. For the first time, Wanda is faced with her victims, the people who have to suffer so she can be happy. Then, Agatha tells her that the Scarlet Witch will destroy the world, seemingly appealing to Wanda’s decency and desire not to hurt any more people. But it’s that decency that is Agatha’s undoing; if Wanda is fundamentally a good person, wouldn’t the power of the Scarlet Witch be better rested in her rather than a power-hungry killer like Agatha? Moreover, if Wanda surrenders her power, isn’t she once more abdicating her responsibility and choosing comfort over the path of a hero?

Yep, and this is what makes Agatha such a good villain, outside of Kathryn Hahn’s delicious performance. As revealed in “The Series Finale,” she is the answer to Wanda’s prayers, the embodiment of the wacky neighbor she portrayed in Wanda’s fantasy who can solve all her problems in twenty-two minutes plus commercials. But she’s the embodiment of what Wanda’s been doing for so long at the expense of the innocent: taking the easy way out. Agatha tells Wanda her “thing” is to “take power from the undeserving.” So, Wanda can either relent and give up her power or become someone deserving of it. Since there’s been no news of a three-picture deal for Hahn, she chooses the latter, defeating Agatha, ending her hex, and going to study magic so she can master it rather than taking it as it comes, like she’s been doing. And that’s what Wanda’s arc has been: learning self-reliance. She doesn’t have the Avengers to mentor her or hold her hand anymore. Now, she has to learn how to be a hero in her own way, and she’s got both the emotional and literary tools to do it.

Where “The Series Finale” falters is in Wanda’s contrition. Essentially, she has none. She releases Westview and becomes a better person, but there’s a distinct lack of penitence for what she put these people through. The scene where Agatha releases them and they confront Wanda with the grim reality that she forced on them is great, but that seems to be the end of it. Her punishment is that these people don’t like her, and the way it’s presented, that doesn’t feel like enough. Not that I want her to go to jail or anything like that, but she could show a bit more sorrow at what she’s done to them. She even seems to absolve herself of any real responsibility when she tells Agatha it was an accident, and that makes Wanda better than her. Obviously, Wanda isn’t as bad as Agatha, and she did initiate the hex accidentally, but she knew what she was doing while she kept it going. She likely didn’t consider what it meant for those caught in the spell, but they were hurt just the same. She could have at least done a little something for them, like cleaned up the dumpy-looking town. 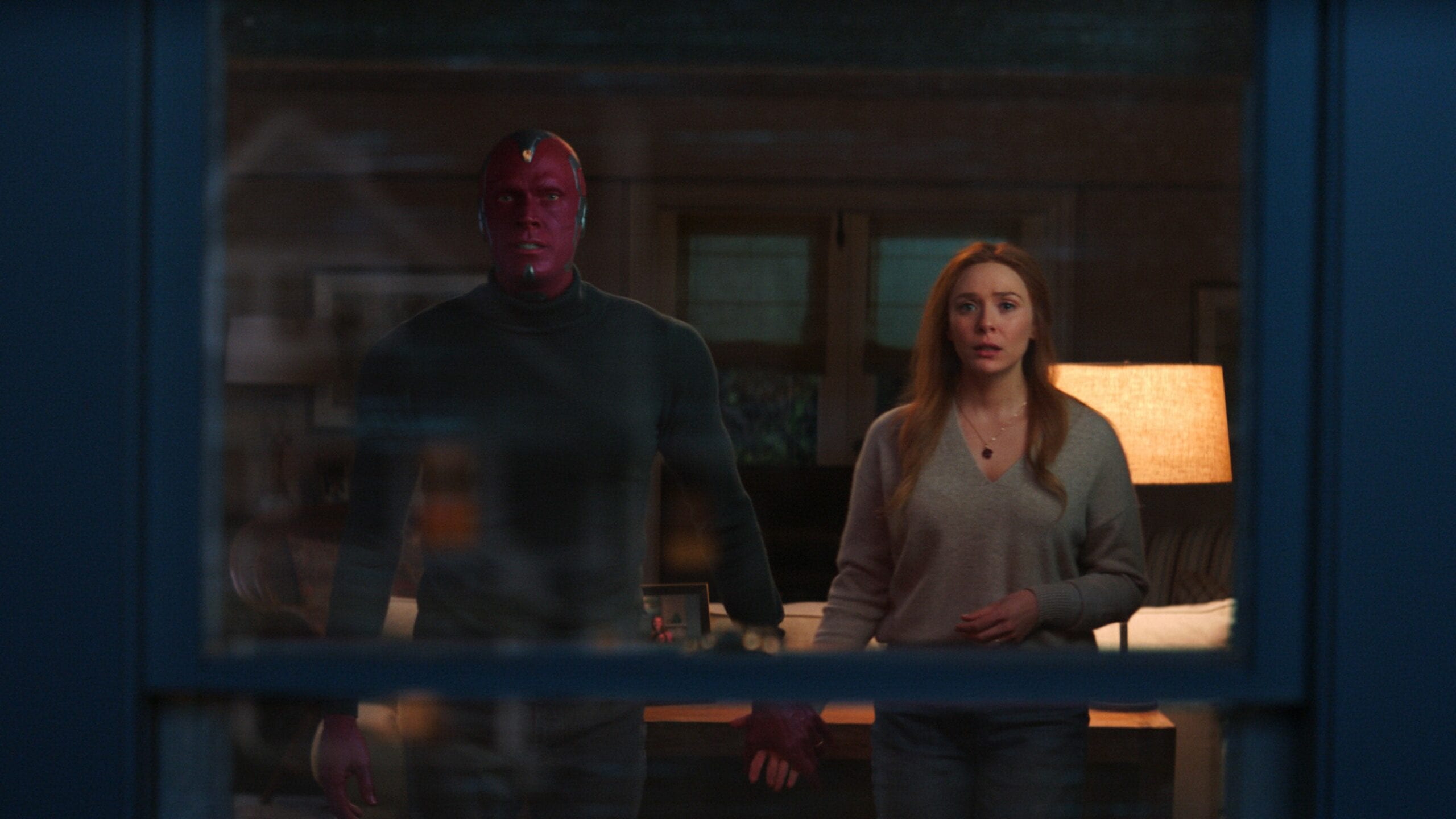 Speaking of comeuppances, Hayward’s is decidedly unsatisfying. Darcy’s brand of justice was funny, but seeing him led away in handcuffs in the background isn’t the end a creep like him deserved. There’s a larger discussion here about how modern entertainment rarely gives its villains a rewarding sendoff – probably because it doesn’t have many decent villains – but the guy who tortured Wanda and tried to turn Vision into a government tool needed some good payback, and he was treated as an afterthought instead. It’s even more glaring because Agatha’s fate is perfect, fitting both the character and the show. The post-credits scenes are also underwhelming; Marvel has screwed up the Skrulls so badly that I roll my eyes whenever one turns up, and any reference to another Captain Marvel movie just reminds me that we’re in for more from the hanger-on hero. Wanda’s is better, and I like the visual of her simultaneously practicing magic and drinking tea, but it’s not on the level of most of the other teases. On the other hand, I loved the Vision vs. Vision fight, and that – in keeping with Vision’s character – it ends in a discussion rather than an explosion. This is where the seeds for Vision’s suggestion that he may not be gone for good are planted, and I suspect Vision the White will get his memories and his personality back.

“The Series Finale” ends WandaVision on a good but mixed note, with some great action and thematic resolutions hampered by a lack of satisfying consequences for two important characters and stingers with a decided lack of sting.

I’ve liked the show. Sure I was restless in the beginning but it got better towards the end. I understand your predicament on some things like where did Vision go, but at least Hayward is incapacitated and I’m curious about the new roles that Wanda and Vision have now that he’s out there somewhere. I enjoyed Kathryn Hahn and I’m glad that I’ll remember her more than just from Spider-Verse. I can’t wait to see more of Monica and I also liked Jimmy and Darcy more.

I’m fine with how they left Vision. I think it’s better to leave it that way for now and explore in greater detail somewhere down the road. And it fits with Wanda giving everything up at the end. I’d also like to see more of Monica, and I think the next time we see Wanda will be in the next Doctor Strange, which makes sense.

The costume is great, and I love how it’s evolved as she has, growing more elaborate as she discovers new heights for her powers.

Seems Monica has many codenames in the comics and becomes Captain Marvel at one point but let’s no get ahead of ourselves. I think I’d use Spectrum for her codename.

Just when I thought the Accords were done with after the snap but no. I mean I assumed it was but apparently, what’s the status for Rhodes or the others? Is Rhodes good, is everyone else pardoned or something besides Scott and Clint done with their house arrest?

I assumed that too, and it probably would have been better to just leave it. Bringing it up again is like a reminder that they never really dealt with it, and since the two main characters are gone now, any resolution isn’t going to be as satisfying.