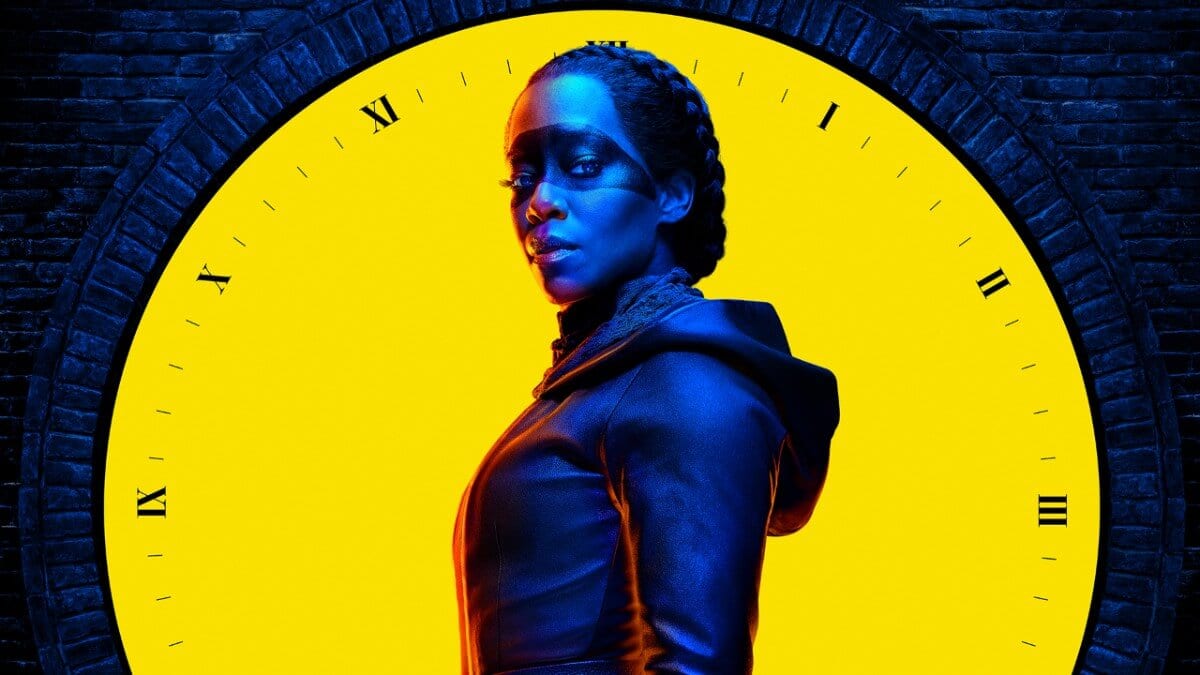 Watchmen is a TV show I’ve been following with great interest. I have a great affection for Zack Snyder’s 2009 adaptation, so I couldn’t wait to see what Watchmen superfan and Bad Robot acolyte Damon Lindelof would bring to the iconic 1980s masterpiece. The first episode, “It’s Summer and We’re Running Out of Ice,” is finally here, and we now have a glimpse of Lindelof’s vision.

“It’s Summer and We’re Running Out of Ice” opens in Tulsa Oklahoma in 1921, shining a light on one of the more reprehensible and heinous events in American history, the Black Wall Street Massacre. After a young boy escapes the horror, we jump to September 2019, where a driver is getting pulled over by a police car. A cop with a yellow mask approaches him. The officer, fearing for his safety, goes back to his car and calls dispatch to request the use of his gun, as police sidearms are perennially locked in a holster attached to the dashboard unless the officers are in mortal danger. After going through the protocols and sweating through the gun briefly getting stuck, the weapon finally releases, only for the stopped motorist – who turns out to be a member of a Rorschach-inspired white supremacist group called the Seventh Kavalry – to shoot the cop through the police car’s windshield with an automatic weapon. At a performance of Oklahoma!, we meet Judd Crawford, the chief of police in Tulsa, who goes to the hospital to see the officer and immediately tries to figure out how to best combat the Kavalry. As Crawford informs the cop’s family of his condition, we get more insight into how the police essentially all have secret identities now, with their jobs in law enforcement kept secret.

“It’s Summer and We’re Running Out of Ice” then cuts to Regina King’s Angela Abar, who was born in the 51st state of Vietnam, was once a cop until she got shot, and now owns a bakery (all information we learn through too much exposition). As she teaches her daughter’s class about cooking, the kids pepper her with questions about why she isn’t a cop anymore, which culminates in one of the kids asking her if she paid for it with Redfordrations (named after the President of the United States in this world, Robert Redford, and a play on the term “Reaganomics”). This question unsettles Abar, and her daughter attacks the boy in response. After they drive home (amid a literal squid storm), we meet Abar’s family and follow her as she goes to her bakery, which is not yet open, much to a prospective patron’s chagrin. Once she enters, Abar assumes the superhero identity of Sister Knight and hunts down a possible Kalvary member. The police force watches a video from the Seventh Kalvary, and Crawford invokes “article 4,” which will allow the cops to have unrestricted access to their guns for 24 hours. Crawford goes back to his office and finds Sister Knight waiting for him. She tells him of her latest capture and requests that her prisoner go into “the box,” where he is interrogated. The interrogator, another superhero cop who goes by the name Looking Glass, reasons that he knows something, which causes Sister Knight to beat him up until he tells her where to find the Kavalry: a cattle ranch. 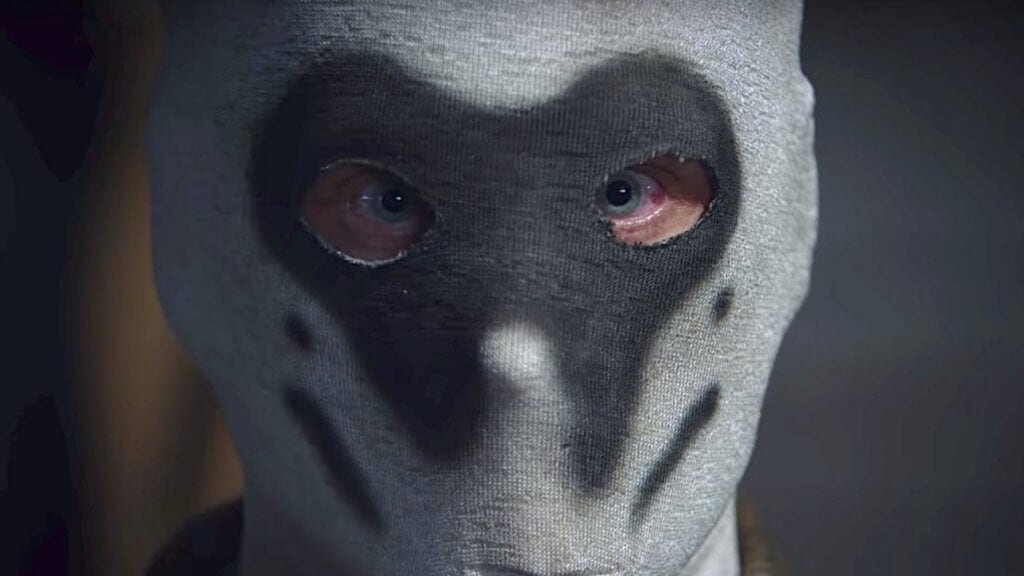 As Sister Knight and the police fight the Seventh Kalvary members they find at the ranch, but two of them get away in a biplane. Crawford pursues them in an owl ship (which recalls the one used by Dan Dreiberg in the comics and film). When the ship crashes in the process, Crawford is miraculously uninjured. We then get to meet what we can assume is Jeremy Irons’ iteration of Adrian Veidt as he rides onto the show atop a horse and is perennially doted on by a maid and butler as he writes. At a celebration of some anniversary, consisting of only the two servants and himself, he tells them he’s writing a play called The Watchmaker’s Son, in which the two of them will star. “It’s Summer and We’re Running Out of Ice” then rejoins Angela and Crawford, with Angela’s family and Crawford’s wife, as they share a meal and talk about the Oklahoma! play. The pilot reaches its climax as Crawford informs his superiors of what happened at the cattle ranch. He gets a call from the hospital about the wounded cop and drives out to see him, only for his car to blow out its tires by running over road spikes. Sister Knight receives a phone call and leaves her home to find Crawford hanging from a tree with the man she saw outside her bakery sitting under him, the final shot mirroring the bloodied button as a drop of blood falls onto Crawford’s badge.

Pilots are always a tall order and have to do a bunch of things other episodes of the show don’t, from setting the tone to establishing characters. It can be a daunting prospect for even the most seasoned showrunner, like Lindeloff. Yet, that still doesn’t excuse the litany of problems with “It’s Summer and We’re Running Out of Ice,” all of which boil down to a subpar script. Don’t get me wrong; there are a few things that work here. The performances are all, at a bare minimum, serviceable. King does what she can with what little she’s given, and it’s always great to see the former Sonny Crockett in anything. The music is also a big highlight; Trent Reznor and Atticus Ross provide amazing pieces throughout that give the show an ambiance unworthy of Lindelof’s story. All too often, the pilot is a disservice to everyone involved, especially King and the much-talked-about appearance of Jeremy Irons as (allegedly) Adrian Veidt, which amounts to little more than a cameo in this opening chapter. With top tier actors giving the proceedings a prestige that an adaptation of Moore and Gibbons’ work rightfully deserves, it’s incredibly unfortunate that they don’t have a worthy storyline to work with, as Lindelof relies on exposition to get his point across, often saying far too much when fewer words would do. I was happy to hear that a Watchmen diehard with the pedigree of Lindelof got the chance to make this show, but, unfortunately, in cases such as Watchmen, that can muddy the waters a bit. Watching this first episode almost made me wonder what Zack Snyder’s version of the show might have been. Nicole Tassel adds some decent camera work, but she can’t do anything to help a thin story such as this. 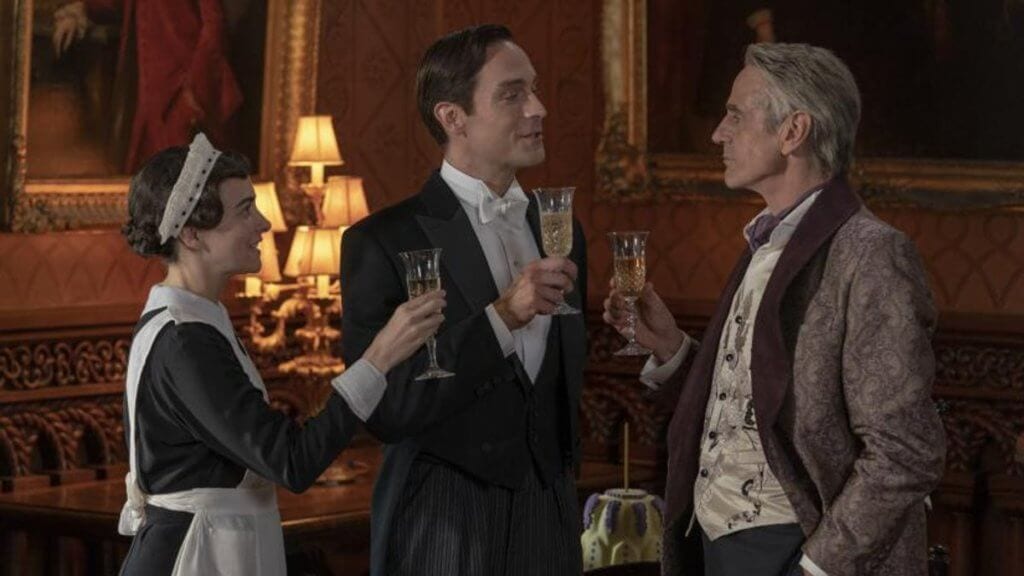 Despite some fine performances and a great score, this highly anticipated adaptation is off to a rocky start. I really want to give Lindelof the benefit of the doubt since this is only the pilot, but I’m not optimistic right now. All these characters may be wearing masks, but “It’s Summer and We’re Running Out of Ice” does little to make me want to know who’s underneath.

Watchmen – "It's Summer and We're Running Out of Ice"

Despite some fine performances and a great score, this highly anticipated adaptation is off to a rocky start. I really want to give Lindelof the benefit of the doubt since this is only the pilot, but I’m not optimistic right now. All these characters may be wearing masks, but "It's Summer and We're Running Out of Ice" does little to make me want to know who’s underneath.