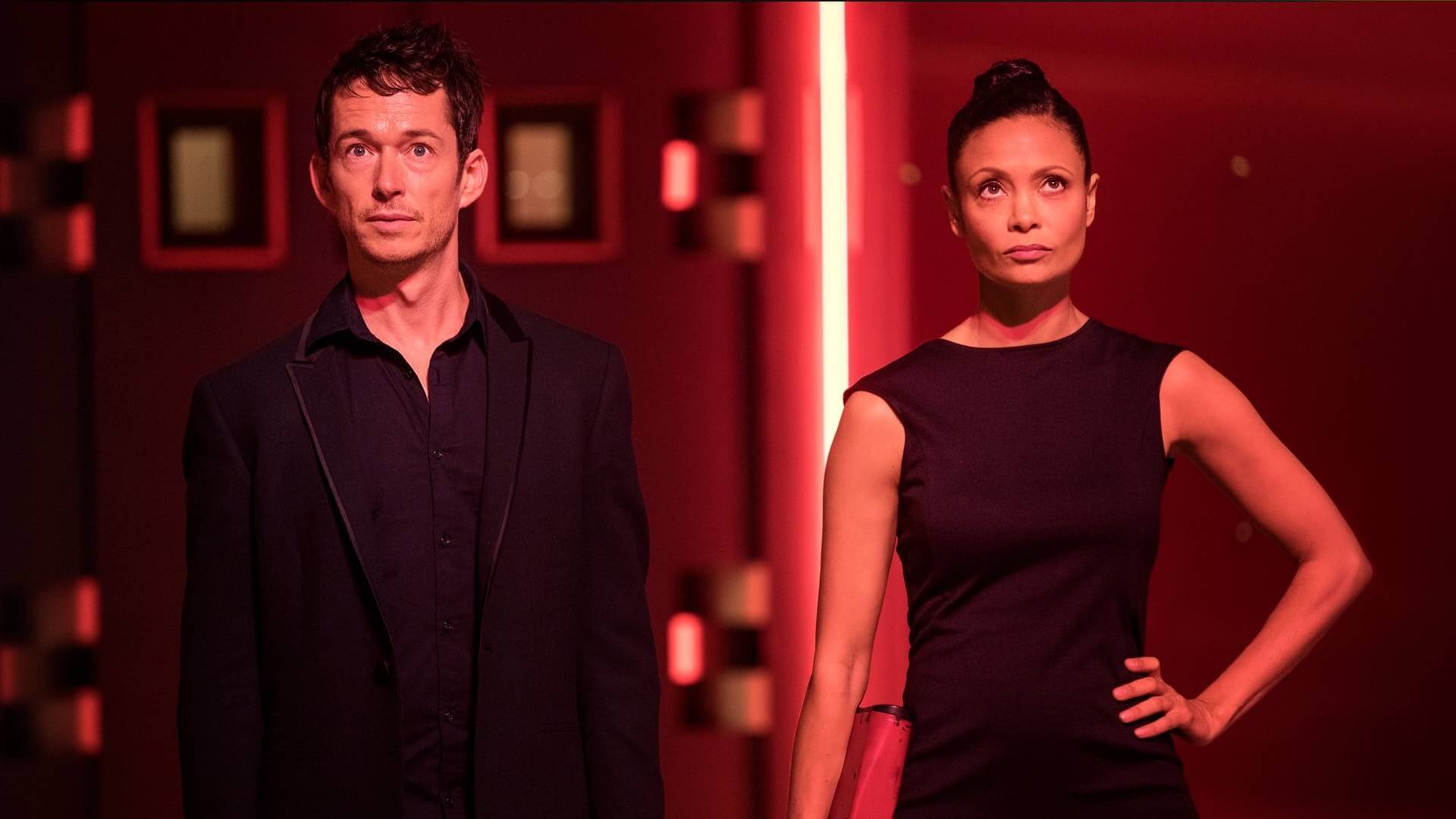 “You frighten me sometimes, Dolores.”

Saddle up people, because the best show on TV is back! This week on Westworld, we see a flashback of Arnold (or Bernard?) talking to Dolores about his dreams and what she has the potential to become. Flash to what we can only assume is the present and Bernard is regaining consciousness on a beach, surrounded by agitated Delos employees. Flash back again to Bernard and Charlotte hiding from the hosts in a barn right after Dolores killed Ford, and they start planning an escape route. Back in the present, Dolores and Teddy are roaming the land and killing humans. They beg her to see how sorry they are, but she remarks that it “doesn’t look like anything” to her and rides away.

The Man in Black has to watch his back, as every host he comes in contact with tries to kill him. He wins, of course, but gets roughed up pretty bad nonetheless. Lee Sizemore has it rough too, until Maeve shows up and decides he might be helpful in finding her daughter They go to the control room and discover that the park isn’t under anyone’s control. Bernard, Charlotte and some other humans are still on the run when they spot a car surrounded by Delos staff. It’s a trap and only Bernard and Charlotte are smart enough to evade it. 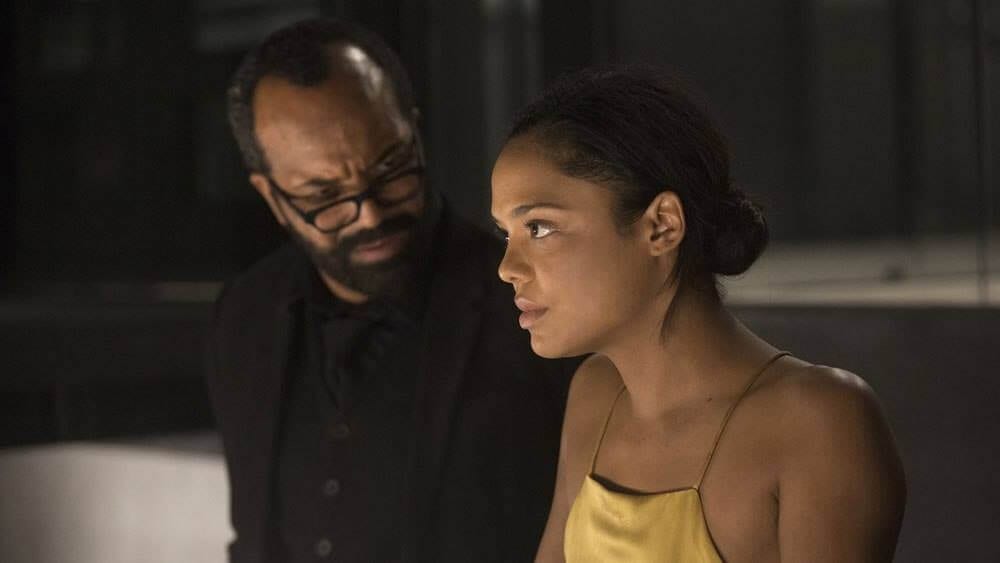 Maeve kills some humans who almost figure out she’s a host, and she and Lee stumble upon a bullet-filled Hector, more than a little happy to see her.  Charlotte tells Bernard that Delos wants one host, Peter Abernathy, to be delivered to them and won’t send a rescue party until they get it. Teddy asks Dolores if all this blood is really what she wants, but for Dolores it’s an issue of survival more than morality. Throughout the episode the Delos rescue party prod Bernard for information about the night Ford was killed and the hosts went rogue. He remembers nothing, and he’s malfunctioning with some type of fluid coming out of his ear. The episode ends with the rescue party finding an unknown lake full of dead hosts, who Bernard says he killed.

Suffice it to say, a lot happened on Westworld this week; I’ve watched it three times already because I missed some things on my first viewing. My favorite story line is Dolores and Teddy wiping out the guests. It’s hard to feel bad for them knowing the hosts are only repaying a small amount of what’s been done to them over the years. Dolores mentions three roles she must play: the farmer’s daughter, bloodthirsty Wyatt and finally herself. She doesn’t see herself as her role in Sweetwater or her sadistic alter-ego, so who is Dolores really? Maybe she’ll end up being somewhere in the middle. Regardless, she is beyond done with being a doormat for the guests and I love it. 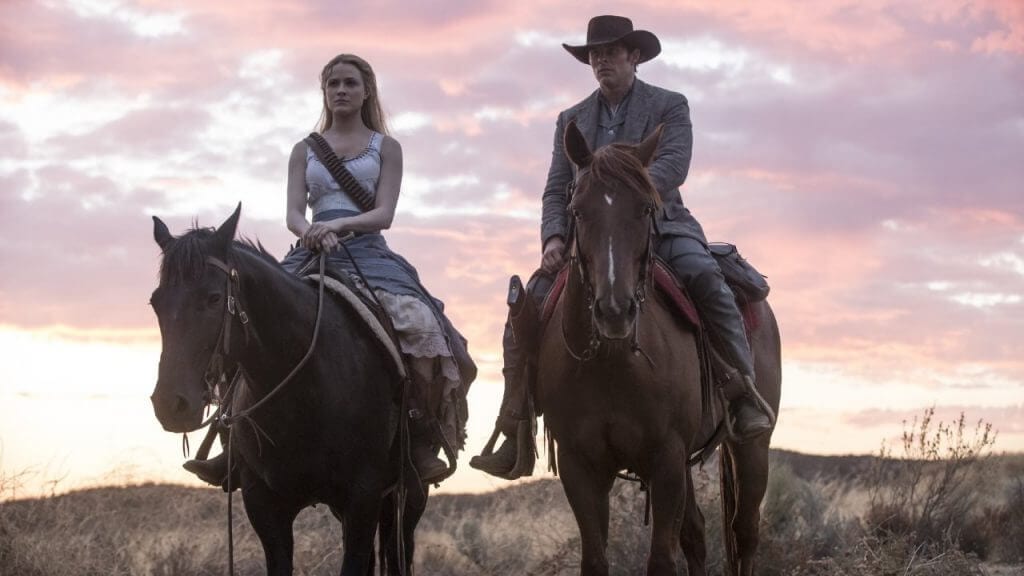 Bernard is in a tough spot here. He can’t remember anything, his body is failing and he can’t let anyone know he’s a host. Maling, one of the people sent by Delos, is ready to kill Bernard when she first sees him. It’s possible she or someone else will start noticing signs that he really isn’t human. Stubbs came to his defense as “the boss,” but would he have his back if he knew Bernard was a host? I’m a little worried about Bernard, especially after he says he was left behind by all the hosts in his dream. What does it mean?

My least favorite story has to be Maeve, Lee and Hector. I’m interested in Maeve’s search for her daughter, and I know this all has to happen, but throughout the episode their scenes aren’t as interesting as everything else going on. It is fun to watch her threaten and humiliate one of Westworld’s most insufferable characters, though. My favorites are Dolores, Bernard and the Man in Black, so it’s a treat to see anything with any of them. Speaking of the Man in Black, he’s not in the episode a whole lot, but when he’s around he’s great as usual. He’s finally gotten his wish for the hosts to put up a real fight for the guests, and hopefully it won’t go his way for long. However, at least in this episode, he kicked a ton of host butt. His conversation with Ford’s host is particularly chilling, right up to calling him “Robert”  and coldly killing him. The Man in Black is always really fun and interesting, despite being the worst person ever. The main cast on this show are absolutely superb, and I just wonder if the new characters can keep up. 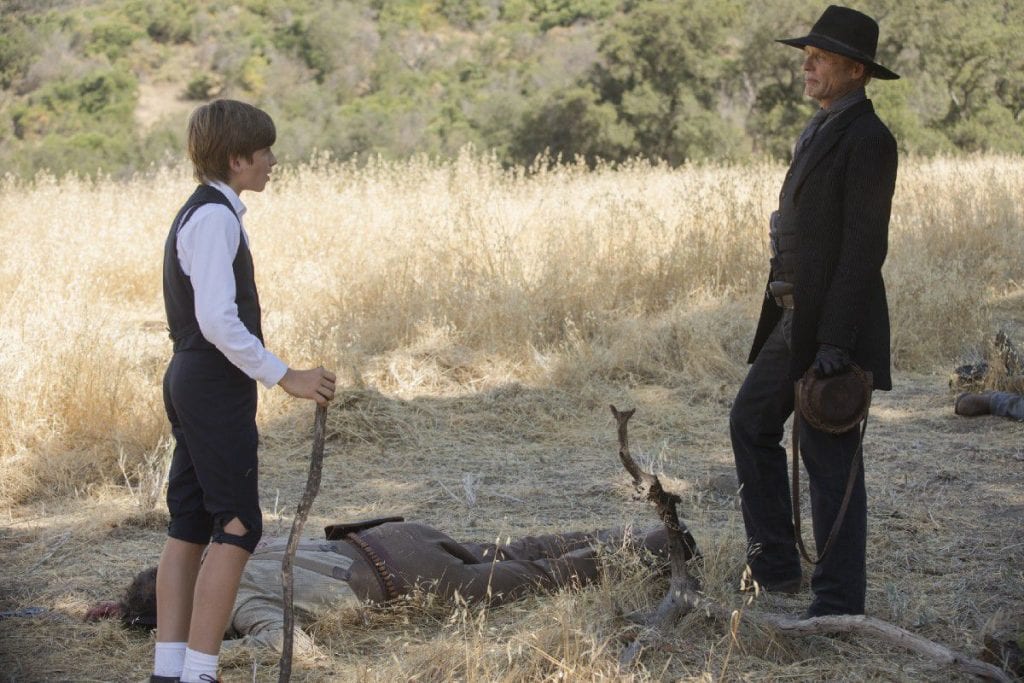 I love what they’re doing with Westworld this season. By introducing chaos into the park, they’re able to completely change the landscape and character relationships; everything is different and none of it is predictable. And, just like last season, they seem to be presenting different timelines. It’s hard to know what’s happening when, but I have to assume Bernard and Charlotte happened before Ashley and Bernard since he and Charlotte were waiting for a rescue party. So at some point Peter had to have been found and turned over, right? Of course the technical aspects are all still perfect. Beautiful music, amazing visuals and I really appreciate that they re-did the credit sequence. The costumes are amazing and I like Dolores’ new look. It’s really hard to criticize any aspect of this show when they continue to get almost everything right. They’re not afraid to change things up to keep the story dynamic, while still feeling like the same series.

“Journey Into Night” is a great episode of Westworld. Some parts are stronger than others, but I was never bored or disinterested in what was happening. I’m anticipating fidnign out where every character and story thread is going. Westworld is my favorite show currently airing, this episode is a great set-up for the season to come, and I just can’t wait for more.

“Journey Into Night” is a great episode of Westworld. Some parts are stronger than others, but I was never bored or disinterested in what was happening.