“You only live as long as the last person who remembers you.”

“Riddle of the Sphinx” opens up with William’s father-in-law Jim entertaining himself and waiting for William to show up. When he arrives they have a drink and discuss using their biotech to save Jim’s life. In what we can assume is the present, William and Lawrence come across some railroad workers using human bodies as the track. Clementine drags an unconscious Bernard to a cave and leaves him. There he finds Elsie and frees her, informing her that he’s a host and asking for help. Bernard remembers that there’s an elevator in the cave and they take it, ending up in a Delos lab. Elsie injects him with the cortical fluid to treat his “condition.”

Stubbs and the other humans are being collected and tied up by the hosts. The Man in Black brings Lawrence back to his hometown, where the soldiers Dolores betrayed bind their hands and bring them into the church. The Man in Black makes a deal with the leader, offering weapons and information in exchange for his and the hosts’ lives. In the past, William again shows up to see his father-in-law; this time it’s a host copy of him, the real Jim having died seven years before. Jim’s wife has died too, much to his disappointment. The robot Jim malfunctions and struggles to speak when flustered, so William has him terminated. The Ghost Nation hosts take the humans to their chief. Bernard tries to remember what Delos was secretly working on, while the soldiers continue to terrorize the civilian hosts. The Man in Black saves Lawrence and his family from the leader and kills all the soldiers.

The Man in Black/William goes to visit Jim in the present. Jim still doesn’t seem to be ready for the real world. Nonetheless, William decides to keep this host Jim for observation. Bernard and Elsie later find host Jim looking rather the worse for wear, and are forced to kill him in self-defense. Bernard remembers ordering the faceless hosts to kill the human scientists in the lab. Lawrence’s daughter tells William that one good deed doesn’t make him a good person, to which he replies that he did it to advance “the game.” Regardless, Lawrence’s cousins join William on his quest. He runs into his own daughter on the way. 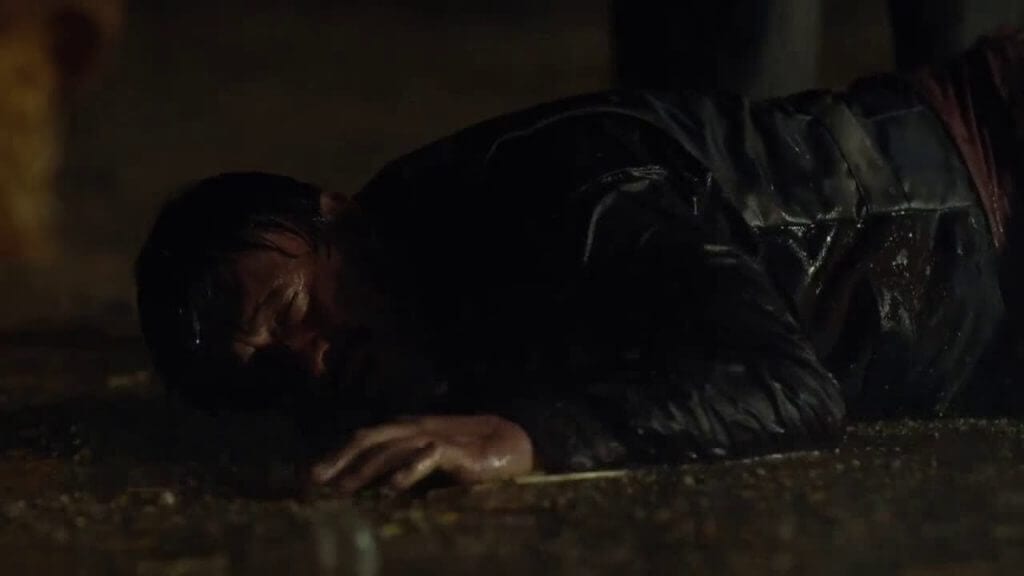 One thing I’m enjoying about this season of Westworld is that they seem to be answering a lot of questions I hadn’t even thought to ask, such as William’s backstory with Jim. I absolutely loved all the scenes between these two, and Peter Mullan gives an understated performance as Jim Delos. It’s particularly disturbing to watch as the robot Jim malfunctions, and to witness what eventually becomes of it. You can also see a lot of Jim in what William becomes over time. He obviously idolized the man and was in some ways inspired by him. Another aspect I really appreciate is this sense of timelessness. Although the show happens sometime in the future, we don’t know exactly when. Even in the “past”, the technology is advanced beyond what we have now, and the wheel of progress is constantly turning. The characters age and things change, but the show never gives us an exact date, adding to the story’s mysteries.

We’ve had a couple of episodes this season with little to no William, and in “Riddle of the Sphinx” it’s Dolores’ turn; there are no sequences with Maeve either. Luckily, the Bernard and William storylines are plenty interesting. It just amazes me how, week after week, Westworld gets so much right and manages to continually surprise me. And just like expected, they tie in the hag from last week: she’s MIB/William’s daughter.

The flashbacks with William and Jim hint at a question that was also touched on last week. For several decades and over a hundred attempts, they’ve been trying to recreate Jim as an android. Although every trial is a little better, they can’t seem to quite get there, with William theorizing that Jim’s mind is rejecting its own reality. One wonders what would happen if they built him and didn’t give him the knowledge that he was/is dying. Just let him think he’s the real Jim, just as Bernard had no idea he was a copy of Arnold. Would that have gone any differently? Can you re-make a person? Even as close as they get his body, personality and mannerisms, is it possible for the host to be Jim? I really think not. I don’t believe you can replicate a person’s soul. As such, I don’t think Bernard is really Arnold. After all, Jim says he doesn’t recall the previous attempts to bring him back, so it’s not the same stream of consciousness from the human Jim to each android attempt. They mention that William’s wife Juliette has killed herself, and his seeming indifference is chilling, even given what we already know about him. This provides further evidence that the humans in this world respect each other just as little as their android counterparts, and would likely treat each other the same way in the absence of consequence. 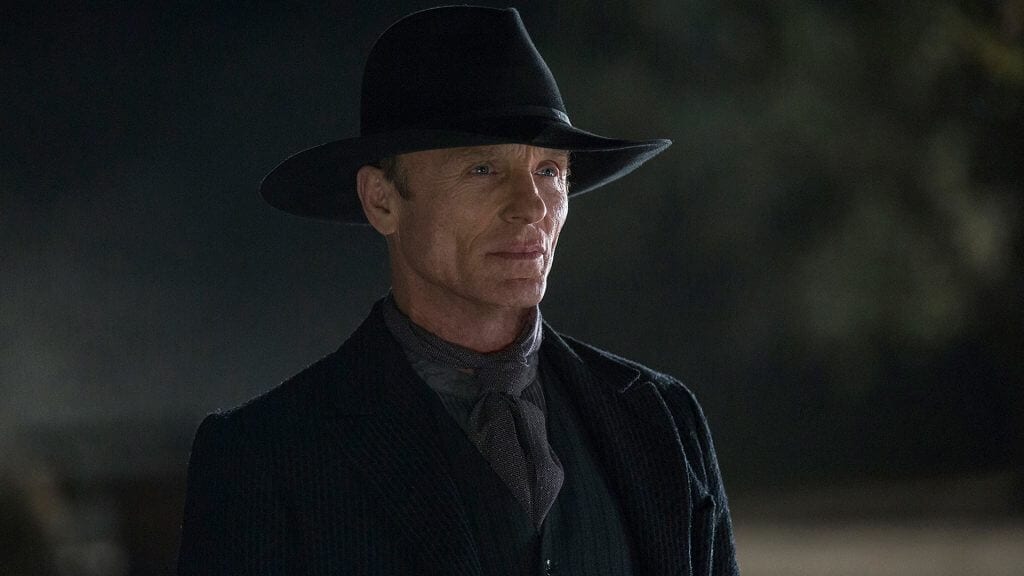 However, the Man in Black does something in “Riddle of the Sphinx” that had my head spinning: he kills all the corrupt soldiers, saves Lawrence’s family and seems to display genuine empathy for them. Lawrence’s initial reference to William’s daughter doesn’t appear to move him, but could he be growing a heart? He certainly seems to be learning something, as he tells host Jim that no man should live forever, and the world is better off without some of us. He tells Lawrence’s daughter that he helped them only to further the game, but I can’t help feeling that his actions are framed as being motivated by empathy. Time will tell, and I may well be making something out of nothing.

I also like Bernard’s memory conundrum, although I’m not happy to see Elsie alive; I was glad when she and Teresa “died” in the first season. Nonetheless, she is less annoying so far this season, and she and Bernard have some good dialogue in “Riddle of the Sphinx.” I think William’s story wins the episode though, because, it’s just so interesting and multi-faceted.

What can I say? As usual, Westworld has hit it out of the park with “Riddle of the Sphinx.” This is the series I anticipate most each week because I’m never disappointed. Westworld makes you think, feel and question unlike anything else on TV. “Riddle of the Sphinx” is another triumph and I hope the winning streak continues.

Westworld, "Riddle of the Sphinx"

Westworld makes you think, feel and question unlike anything else on TV. “Riddle of the Sphinx” is another triumph and I hope the winning streak continues. 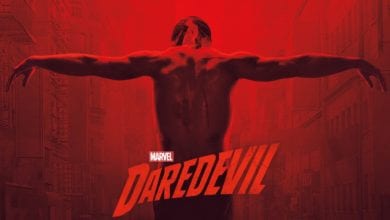 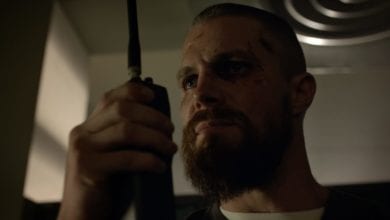 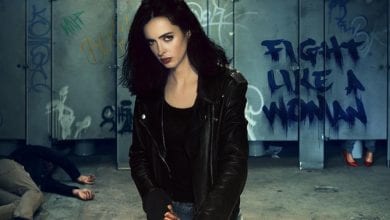 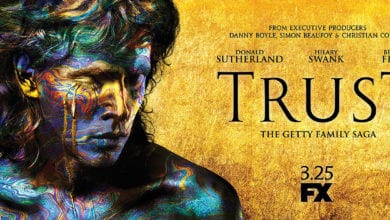