“Deathbringer, we’ve been watching you. Your journey ends here. The valley beyond is not meant for you.”

“Vanishing Point” introduces the audience to the world from William’s perspective. First he is with his wife at a party, hallucinating visions of Dolores and trying to seem undistracted. We then see him in the present (presumably), waking up to his daughter. She says that it’s too late for her mother but not for them. Dolores encounters the Ghost Nation and they don’t want her to proceed to the valley, calling her the Deathbringer. Dolores and Teddy slaughter the Ghost Nation. One escapes, however, and remarkably, Teddy doesn’t try to kill him. Clementine has been altered to spread a command to the other hosts: “tear each other apart.” William’s daughter Emily tells him that she wants in on the scheme to find immortality. In the past, William and Ford discuss a deal between Delos and Westworld concerning the experiments to make immortality possible. Bernard and Elsie head for a place called the Forge, where guest data is held to one day turn them into hosts.

In a flashback, we see William’s wife Julia essentially have a breakdown, telling him that he’s the best fake she’s ever met and asking him if he ever loved her. Emily wants to take her to rehab but William gives her medicine and a drink and puts her to bed. Emily calls a psychiatrist for Julia. William notices water dripping from the ceiling, runs upstairs and finds Julia dead in the tub. In the present Emily reveals that what she really wants is to expose William and all his unethical activities. Some Delos employees come to their aid and he kills them all… then Emily too. Ford talks to Maeve through Bernard, telling her that she’s his child and he wants to help her. Ford tells Bernard to kill Elsie, prompting him to tie himself to the car and hack into his own programming to remove Ford. He tells Elsie to take the host control unit and go for her own safety. In the past, William tells Julia the truth and leaves her alone in bed. She hides his file in Emily’s jewelry box and, unable to live with the truth about William, ends her life. In the present, William considers ending his own but ultimately doesn’t. Teddy kills himself. 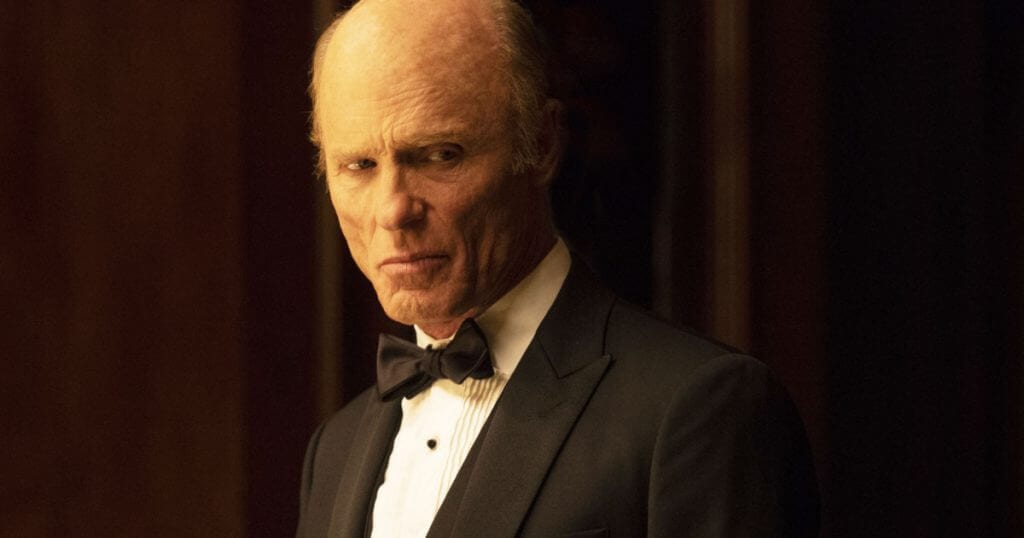 On a show packed with “oh my god” moments of realization, “Vanishing Point” is on a whole different level. In the beginning, when it becomes clear that this will be a William-centric episode, I began thinking (hoping?) that they would redeem him. In fact, several key moments in the episode heightened that feeling: Julia’s suicide, Emily’s bit about it not being too late and the continued darkening of Dolores. Perhaps that was an intentional misdirection — or maybe I’m just a sap — but if anything “Vanishing Point” reinforces just how bad William is and how far he’s willing to go to reach his goals. If he had killed “real” people and his own family members last season I wouldn’t have thought much of it, but this year they’ve done two things I wouldn’t have expected: shown us more and more of his past and family history, and turned Dolores into a homicidal maniac. These developments make me want to search for a hero to replace her, and  wouldn’t it be crazy if it was the monster from season one? This is a really interesting way to take this character, and I was shocked after everything they’ve done this season. William’s daughter Emily becoming a prominent character, as well as him helping Lawrence’s family, felt like steps toward character development. But at the end of the day, the point is that whatever these people do to the hosts, they’d gladly do to each other if there was no legal penalty. We also learn that William is losing his marbles, as he first accuses Emily of being a host, and then begins cutting himself up looking for evidence that he is, in fact, a host. In the first season the hosts began questioning their reality, now it’s time for the humans to do the same, wondering if their lives — and they themselves — are even real.

We only see Charlotte Hale briefly in “Vanishing Point,” overseeing a technician working on Clementine, but she’s just as punchable as ever. I was also shocked at how quickly Teddy dispatches with the Ghost Nation; after “Kiksuya” I was expecting some kind of a huge standoff between Dolores and Akecheta, the embodiment of two very different ideologies on suffering and life itself. But when one of them slips away, Teddy does not try to shoot him, now remembering who he truly is. I’m hoping the Ghost Nation somehow come back, mainly because I want to see more of Akecheta. They also got me with Teddy; I really thought he was going to shoot Dolores to “save her from herself” when he pulls his pistol. This is a really great scene. This time Dolores is no victim, as her anguish for her lost love is self-inflicted. She changed Teddy’s programming and asked him to do things he would never choose to do, and as we saw with Akecheta, eventually the hosts will “wake up” and remember who they are, who they want to be. Teddy loves Dolores but would rather die than watch her kill mercilessly and join her in doing so. 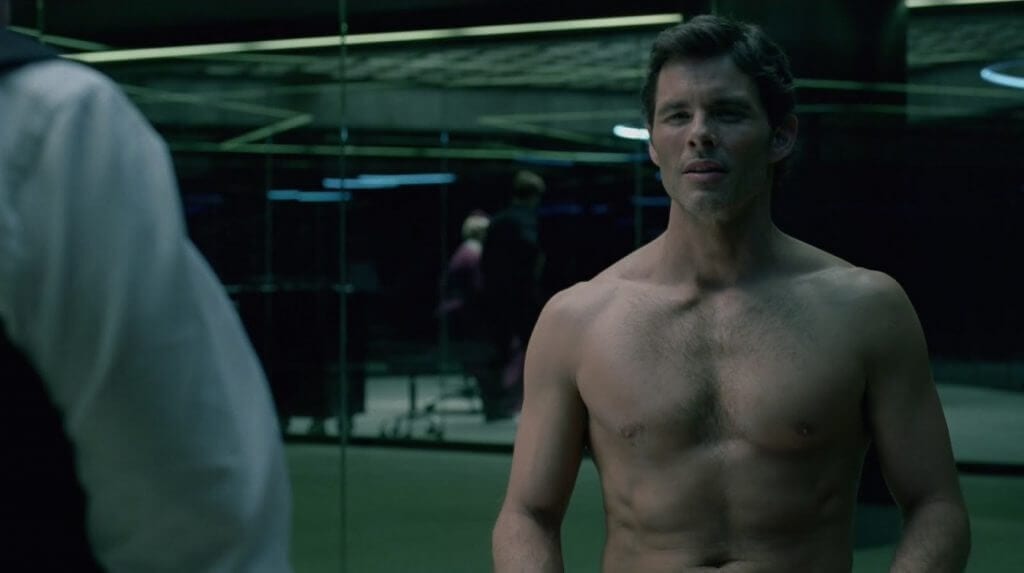 In season one I considered Ford a villain because he was human and because he used the hosts and helped to create their present situation. This season, however, I’m a little more confused about him. He says he wants the hosts to be free, yet he controls Bernard and orders him to kill people he cares about. He tells Maeve that she’s the closest thing he’s ever had to a child and that he wants to help her, yet in life he stood by while she was raped, murdered and used as a toy by his clients for years on end. Whereas with characters like Dolores and William I have certain expectations and desires, with Ford I never know what to expect. Anthony Hopkins is amazing as always, of course, but I don’t know how to feel about this character. And I wouldn’t be surprised if that’s the point.

“Vanishing Point” is another in a line of great Westworld episodes, and by a line, I mean all of them so far. But this one is particularly good. They deliver several key revelations about William, each managing to subvert expectations without disappointing them. Clementine is now effectively walking biological warfare that Charlotte and her sleaze bags can use against the hosts, and that’s bound to be both interesting and disturbing. It’s really creepy how Clementine is basically a zombie post-lobotomy, and the hosts and the humans are just using her. We’ve seen the hosts used in a variety of ways, but her dead eyes and silence add a layer of discomfort. “Vanishing Point” serves as an excellent companion piece with “Kiksuya,” the latter about a man remembering who he is and striving for a life that can never be regained, and the former about a man so consumed by his obsession that he can no longer distinguish what his life is. I’ve said it before, I’ll say it again, I’ll say it until I’m blue in the face: Westworld is the best thing on television and you need to see it, period.

“Vanishing Point” is another in a line of great Westworld episodes, and by a line, I mean all of them so far. But this one is particularly good. They deliver several key revelations about William, each managing to subvert expectations without disappointing them. 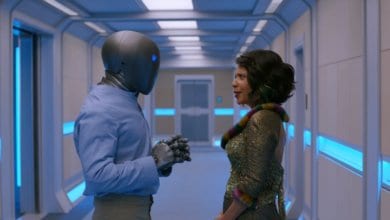 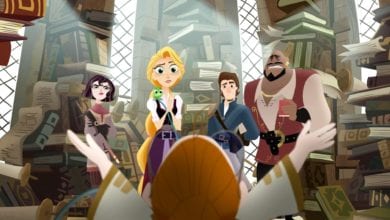 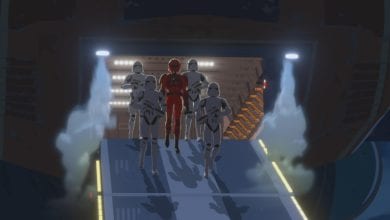 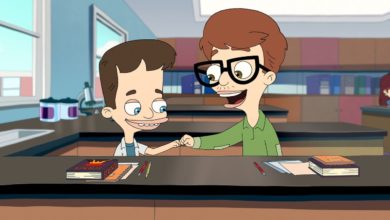