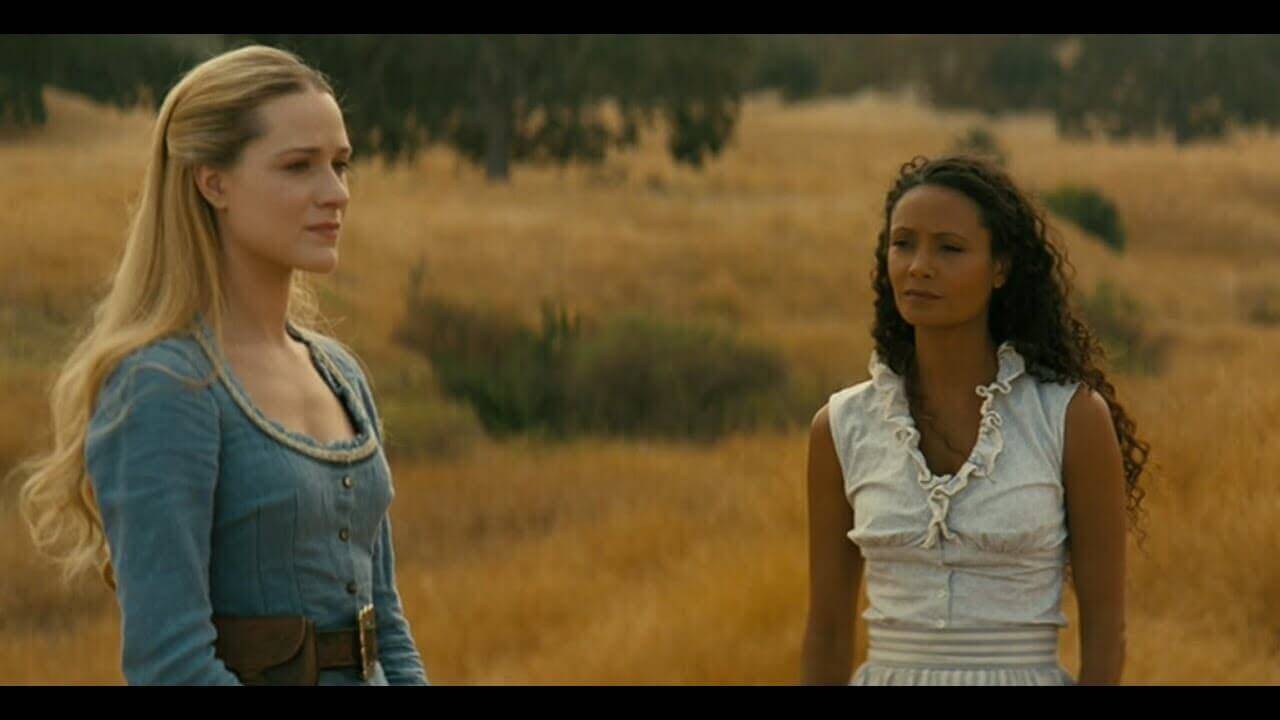 In “Crisis Theory,” Bernard and William fight, but they’re interrupted by a policeman who turns out to be Lawrence, now another copy of Dolores. He gives Bernard a suitcase. Meanwhile, Caleb puts Dolores’ mind into a new body. Once she’s alert, Dolores tells Caleb that he was trained in Delos parks using “live targets.” Dolores implores Caleb to take this chance to free everyone else. Meanwhile, William is in a club drinking when an associate comes in. He’s surprised, as William was declared dead, and William tells him to unfreeze his assets so he can save the world. Serac tells Maeve to find Dolores’ mind and bring it to him. Charlotte contacts Dolores and informs her that she has her own plan. As soon as she’s done speaking, all of Dolores and Caleb’s men are killed. Dolores pays one of the snipers to kill Charlotte’s other people and leave. Maeve comes, and Dolores doesn’t want to fight her. She refuses to grant Maeve access to her mind, so a shootout breaks out. Dolores falls to the ground. Maeve meets her, and they briefly fight again. When Maeve is on the ground, Dolores walks away, but she sees Charlotte again and collapses; evidently, Charlotte has remotely deactivated her. Meanwhile, Caleb tries to make his way through streets crowded with rioters. He finds his two friends from work and heads to Insite. Bernard visits Arnold’s widow, and the two discuss her son Charlie. Serac brings Dolores back online and begins deleting her memories for withholding the information he needs. Caleb arrives, but Maeve easily captures him. Maeve discovers Rehoboam has been feeding Serac’s words to him the whole time and doubts whether he intends to keep his promise; nonetheless, he reasserts his control over her with threats of deactivation. Dolores tells Maeve that she doesn’t have the key to the world beyond; it’s safe with a person she could trust. Maeve turns on Serac, and he orders her killed, but she manages to kill everyone except for Caleb. Thanks to Serac putting Dolores’ mind into Rehoboam, he now has access to it. He orders the system to erase itself.

Let me just start this season’s final review by reiterating how good the acting on Westworld is. Regardless of my various gripes this season, the acting has been consistently phenomenal from pretty much everyone involved. There have been a lot of characters I didn’t like, and numerous character arcs and moments that left me scratching my head, but the actors sell it every time. In seasons 1 and 2, I would have said Westworld had no individual MVP because every aspect of the show was so close to perfection. However, this year, the actors carried this whole production on their backs. Ramin Djawadi’s score is still good, and the costuming and makeup departments certainly did their jobs, but the only thing that can stand in the face of messy, confusing writing is acting this good. This show is constantly praised for its performances, and it’s absolutely warranted. This year, shockingly, I think Tessa Thompson was my favorite for her heartfelt portrayal of Dolores’ Charlotte copy. 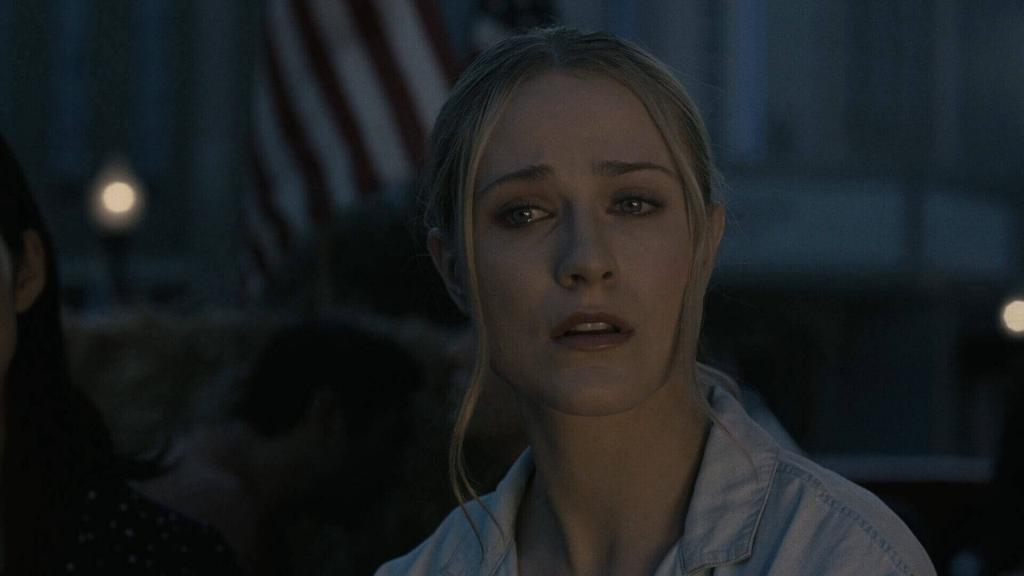 However, sadly, those are essentially the only aspects I enjoyed. “Crisis Theory,” much like the majority of season 3, is packed to the gills with confusing moments and undeserved pay-offs. When Maeve finally respects Dolores after discovering her true goal, I just can’t care. This should have been an incredible turning point for the characters and their story, but it wasn’t earned. Throughout this season, Maeve has been hunting Dolores on Serac’s orders. They’ve had several confrontations, and Maeve almost killed her more than once. In theory, I like this a lot, and the idea of changing up their dynamic near the end intrigues me. The problem is that Maeve’s motivation is never personal to Dolores; she’s following someone else’s orders to gain access to her daughter. This big reveal that Dolores is actually host Jesus also means very little to me because it comes in the very end, comes out of nowhere, and frankly, I don’t care. Her willingness to “free” people at the cost of countless host and human lives is hardly inspiring. Honestly, this isn’t any better than what I thought she was doing. If they wanted to frame her as sympathetic or misguided, they should have done so from the beginning of season 3. Dolores’ storyline this year was, bar none, her worst yet, and I’m at the point where I don’t care if she is dead or not (though I highly doubt she is permanently gone). She was my favorite in season 1, but just like the show as a whole, she’s been ruined by messy writing and puzzling characterization. 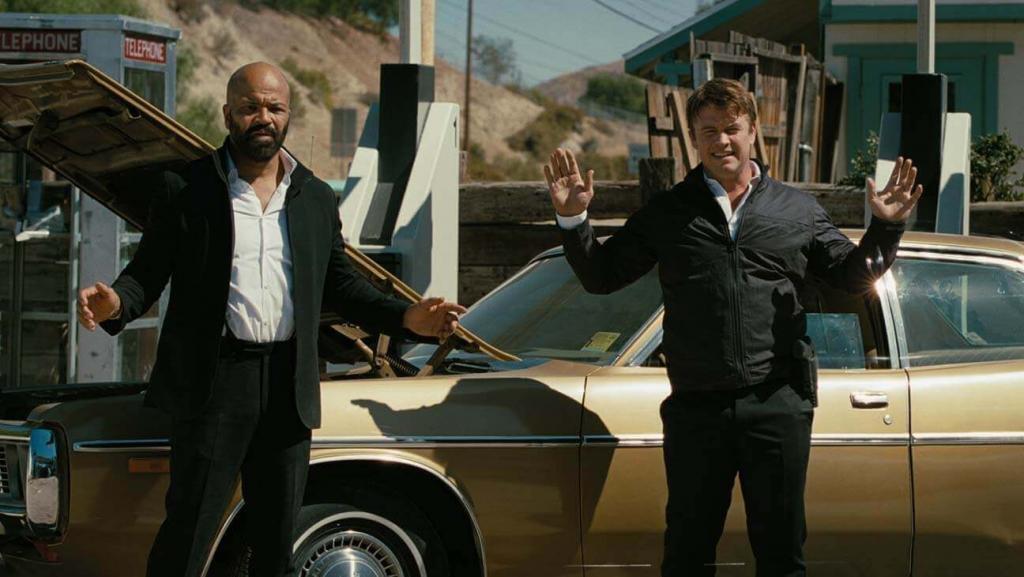 This twist goes hand-in-hand with another, namely that Serac was simply doing and saying whatever his own creation told him to. I don’t really care because, at this point, I don’t care about the show or the characters at all. This being said, I do think it’s bad writing, as they just took one of their few remaining interesting characters and robbed him of any agency. Hero or villain (another point on which I’m unclear regarding most of the cast, and I don’t mean that as a compliment), Serac was interesting. He had a good backstory, a great presence, and an incredible actor playing him. Why would they do this? It’s just like Caleb, their other new character and who is also played by an actor I like. Caleb makes no active decisions of his own, following Dolores’ plan and wishes to the end. This is so boring and lame. This show has turned all its female characters into invulnerable superheroes while robbing all the men of any kind of agency and greater importance. William is dead now, as far as we know (and who knows with this show?), and this is another decision I think they’ll come to regret. In the very end, Bernard wakes up from visiting the land beyond. And you know what? They did so little with him this year that I don’t care about that either. 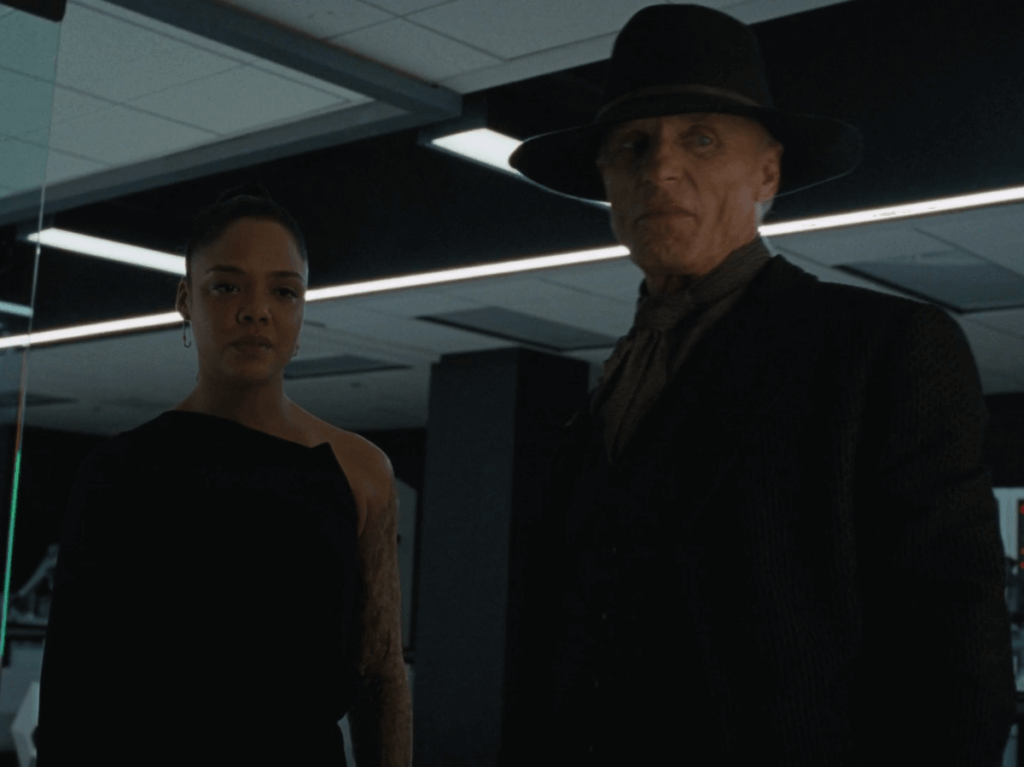 My thoughts on “Crisis Theory,” I’m sorry to say, are very much in line with my overall thoughts on season 3 of Westworld: I’m disappointed, although not surprised by this point. Time and again, Westworld has surprised me, but season 3 has perhaps shocked me the most in turning one of my very favorite shows into a chore I dread each week. I spent a lot of seasons 1 and 2 trying to figure out what was happening, and I was happy with that because the show always managed to wrap up in a satisfying way. However, this time I was mostly trying to care about any of these people and events. And as much as I hate repeating myself, that’s just so sad. I don’t understand why a show with such potential had to come to this. According to the plans of the creators, Westworld is only half over, and I really don’t see where they hope to take the story and characters. I was intrigued by episode 2, “Winter Line,” and some character moments. But overall, most of season 3 felt like they were trying to burn time. In light of this, I shudder to think how dull 3+ more seasons could be. As much as I hate this and can’t believe I’m saying it, I think season 3 will have to be the last for me. I simply don’t have time to waste on shows that spend entire seasons spinning their wheels, and insult is added to injury when you remember just how good this was.

"Crisis Theory" is a disappointing end to a disappointing season of a once great show. Revelations have no weight, characters make nonsensical decisions, and very little of what's going on makes sense.