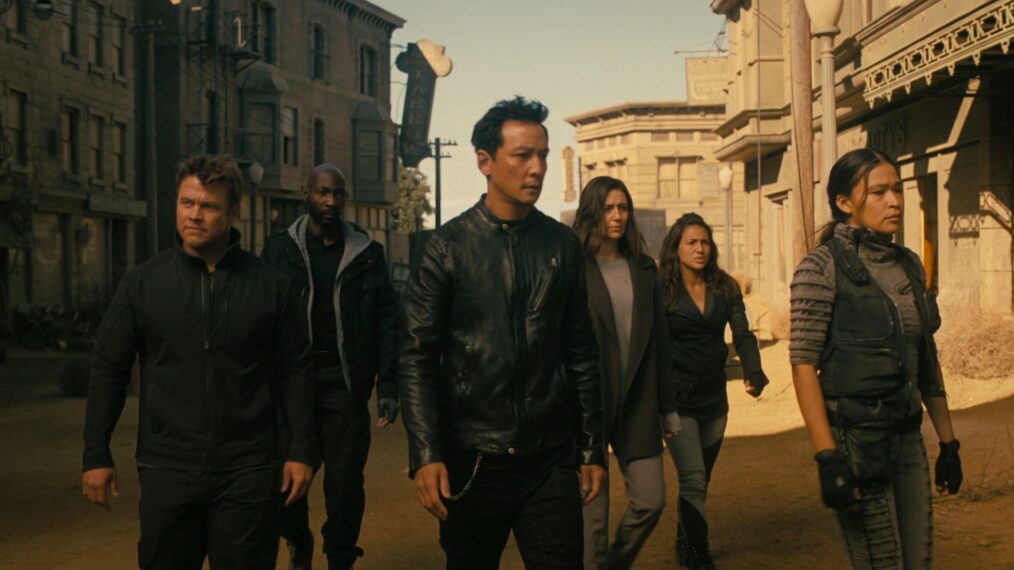 “Fidelity” finds young Frankie and her mom seeking out the other outliers. They find one such young man and take him to their safe house. In the present, C and Bernard head to a place where Maeve can be rebuilt. Meanwhile, Hale questions the host Caleb again, and when he refuses to tell her how he became an outlier, she threatens Frankie. C and her crew arrive in Temperance, where Bernard collects the parts needed to fix Maeve. He explains how Hale took over the world by putting a mind scanner in every room of the parks. Another Caleb host tells our Caleb how to get out, and he escapes through an air vent. C turns on Bernard after seeing his care for Maeve. Caleb continues to make his way out of the park, following his own markers. Bernard informs C that one of her people will betray her, and she locks up her girlfriend. Once Caleb gets out of the ventilation system, he finds a series of his corpses. C discovers that Jay, the outlier she and her mom recruited years ago, is the traitor. Caleb makes it to a phone and sends her a message. Maeve kills Jay, C having replaced her processing unit. Caleb’s message was all a setup by Hale, but C does hear it. She and Maeve unite to fight Hale. The episode ends with Hale waking the newest Caleb host. 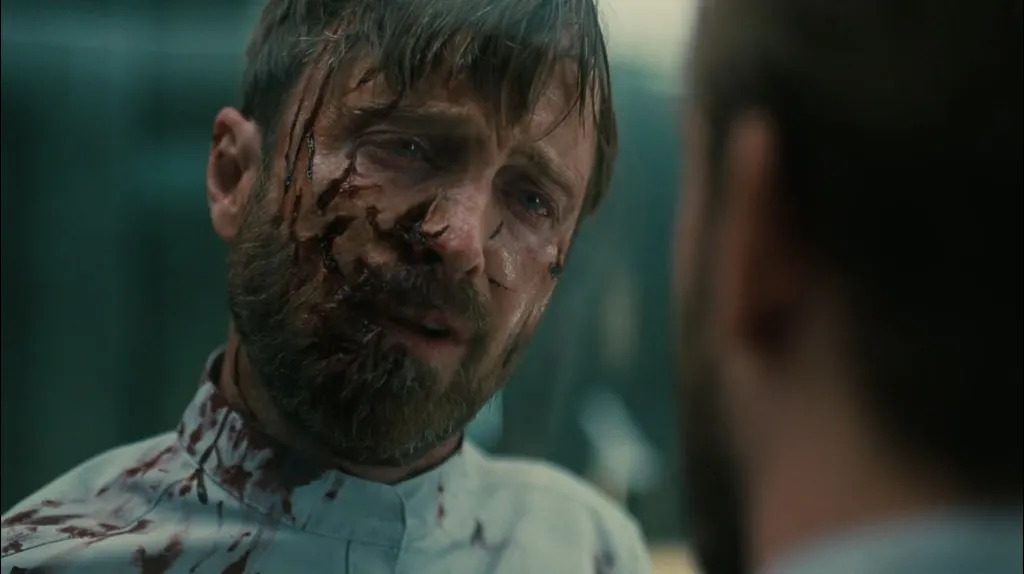 “Fidelity” is named after the tests run on hosts to see how lifelike they are. This seems to have been chosen as the episode’s title to reflect Caleb’s ongoing fidelity test, in which Charlotte tries to learn how outliers resist her parasites. She also reveals the depths of her sadism for anyone who doubted it, slowly watching hundreds of Caleb hosts die in sequence. I don’t understand why she needs the last one we see in the episode; the previous version essentially confirmed that there is no secret. Some humans evidently overcome the parasites by sheer force of will or because they have something to fight for. I like this idea in theory, but the way it plays out is boring and predictable. It was clear almost immediately that Hale must have been Caleb to get out so easily. It is pretty messed up to make him confront dying versions of himself, though. He’s even forced to use one of the other Calebs as a meat shield when he jumps out of the ventilation shaft. These interactions between the Caleb hosts and Hale’s revelation that they each have a very limited lifespan reminded me of the movie Moon. In fact, Caleb’s situation is not unlike that movie’s lead. 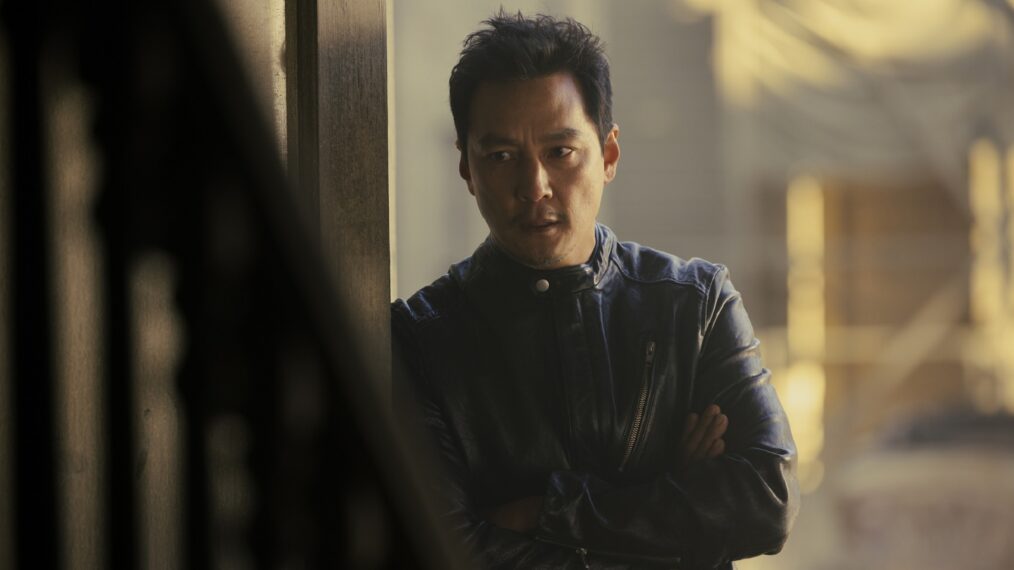 A big problem with “Fidelity” is an ongoing issue with season 4 in general: C, Jay, and the rebels. I don’t like or care about them at all. This omniscient version of Bernard is nigh unrecognizable from his character in season 1, and Stubbs was never one of my favorites, to begin with. They even try to tug on our heartstrings by implying that C’s girlfriend could be the one betraying her, but we don’t know these people! This is the adult version of Caleb’s daughter, but we barely knew her as a little girl. We don’t know her two decades later and living Mad Max-style. This storyline is frustrating because it should be the most impactful. These outliers will presumably bring down Charlotte and William, but they’re all strangers or nobodies. Even if C is eventually reunited with some form of Caleb, it will ring hollow because she doesn’t even feel like the same character as his little girl. At this point, I hardly care if Charlotte gets beaten because she’s so boring that I don’t care about her. She’s an evil witch who uses humans and hosts alike as tools, but her countenance and speech are so dull she doesn’t inspire any reaction. 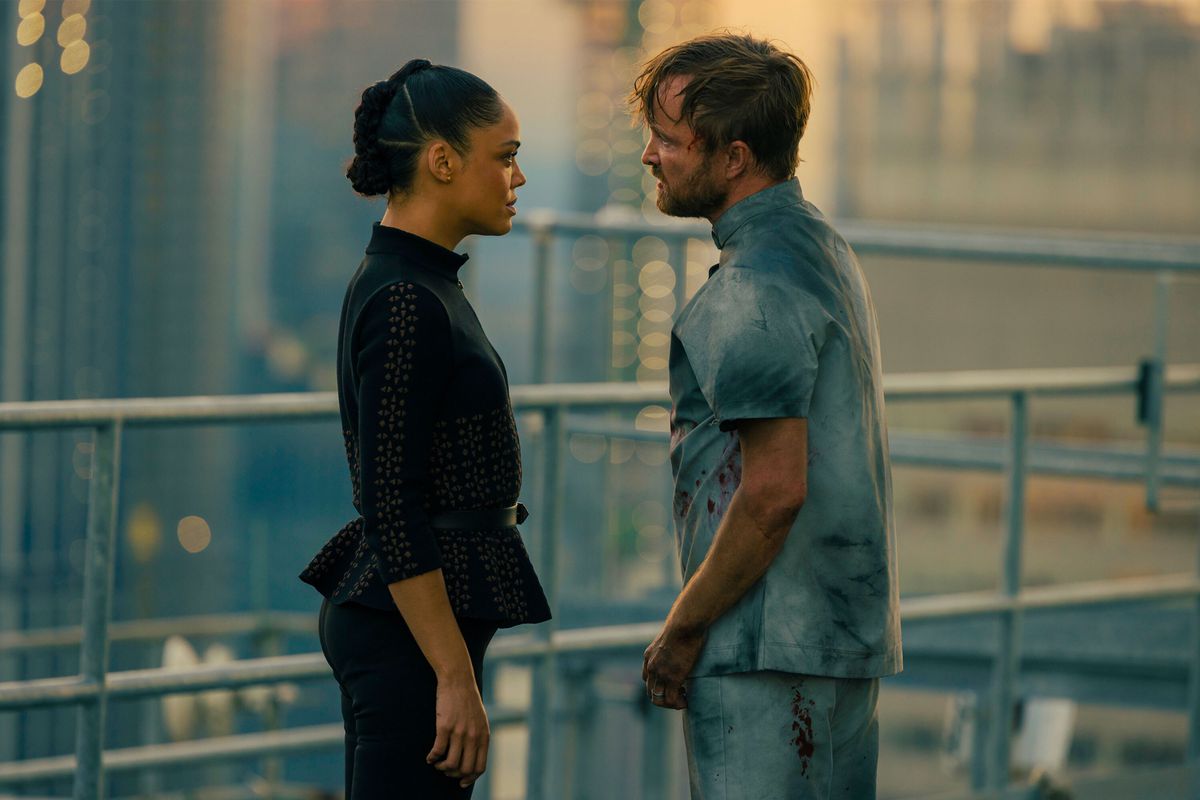 The throughline with Jay also doesn’t have the impact intended, either emotionally or in terms of the story. He wasn’t a nice guy, to begin with, telling the young Frankie her father was dead and to stop hoping. From what we see, Jay has no special rapport with C or anyone else, and it was immediately obvious that he was the mole. It couldn’t have been the girlfriend because that’s Bernard’s first suggestion, and C immediately suspects her. Why else would they include the backstory of his recruitment? This episode is dull and uninspired in how it tells its story. No matter how important the events shown are, they provoke no excitement or fear. Even some of the actors look bored.

I like some things about “Fidelity,” mainly concerning Caleb. His flashbacks to Frankie mirror Maeve’s recurring visions of her daughter, indicating that these are likely false memories planted by Hale. The scene where Caleb breaks out is tense despite the obvious outcome, and I liked his message for Frankie. For all of this season’s faults (and they are many), season 4 has made me care about Caleb. He has gone from Dolores’ weak, whiny, bland sidekick to the tragic hero of season 4. His family and his strange bond with Maeve have served to flesh him out as a character, and I am sorry the real Caleb is dead. I wonder how C will feel when she meets Caleb as a host, the person she has missed most coming in the form of her hated enemies. 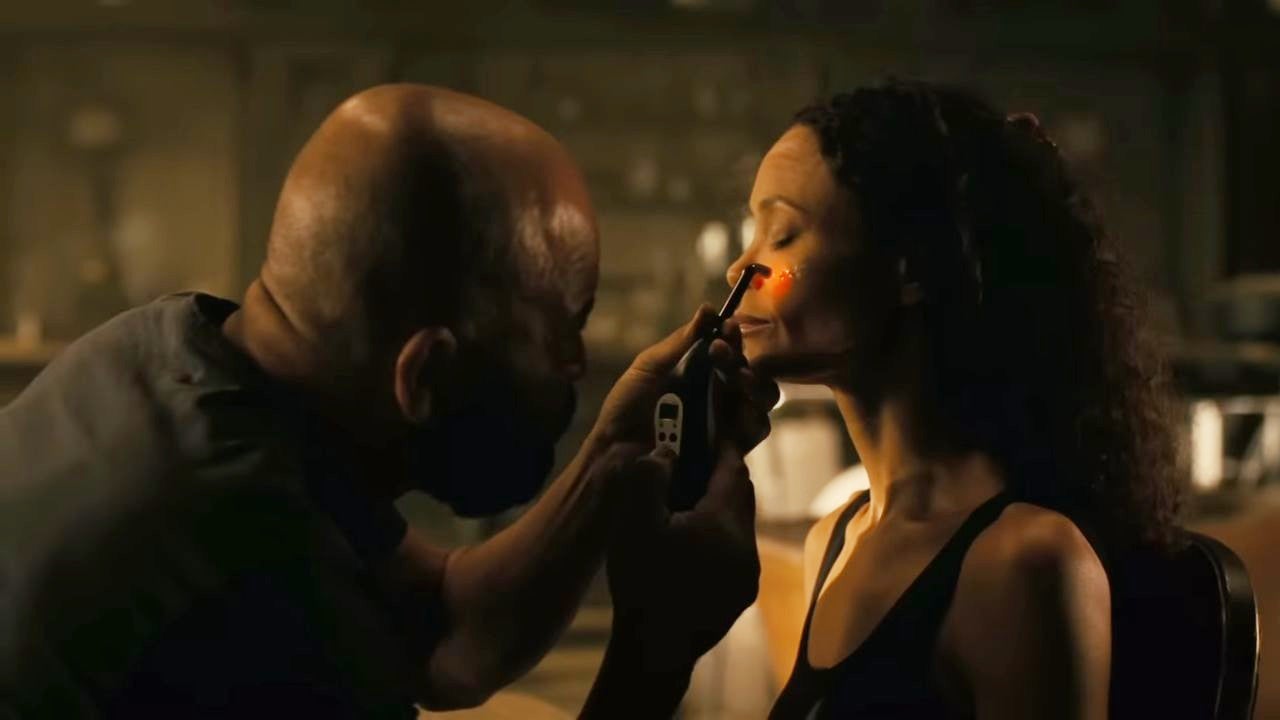 “Fidelity” is a mess. We’re past the midway point in season 4, and it’s patently obvious that Westworld has again gotten lost in its attempts at brilliance. Focusing on Caleb and Maeve in some episodes and Cristina in others is a mistake; it makes it so obvious that they don’t know what to do with certain characters. I was initially the most interested in Cristina, and going multiple episodes without checking in on her and Teddy feels like a serious misstep. The biggest problems are Bernard’s knowledge of the future, Maeve’s inability to stay dead, and the group of insurgents led by C. We don’t know them; their bond is nonexistent, and they’re not interesting. Season 4 showed promise initially, but I’m genuinely baffled and frustrated.

"Fidelity" is a mess. We're past the midway point in season 4, and it's patently obvious that Westworld has again gotten lost in its attempts at brilliance.