Wind River is writer/director Taylor Sheridan’s third film of his personal “Frontier Trilogy.” This unofficial trilogy is made up of three films he’s written about modern American frontiers, namely Sicario, Hell or High Water, and, now, Wind River. The concept of this trilogy is similar to Edgar Wright’s “Cornetto Trilogy.” There is no actual connection between the movies other than the creative team. Sicario, the first film in this trilogy, is my least favorite, which is surprising given that Denis Villeneuve is one of my favorite directors working today. Unfortunately, it was the film that held my attention the least. I honestly found it to be quite boring. To be fair, I was extremely tired when I saw it and that movie requires you to be full engaged from start to finish so I do need to give it a second chance. The second film, Hell or High Water, is a film I absolutely adore, however. It is such a wonderful character driven film that feels incredibly real. This trilogy that started off weak had a powerful middle. Now, it has been elevated by a strong conclusion. 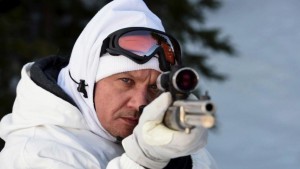 Wind River grabs hold of you from the moment it starts, and it never lets go. It starts with jaw dropping cinematography. From there, it’s the mystery surrounding a murder, and the raw and real character motivations that keeps you immersed and on the edge of your seat. Not since 2014’s Gone Girl has a film had me so wound up the way Wind River did. Unlike a lot of thrillers that have been released recently, Wind River actually has a mystery that isn’t blatantly obvious.

The thing that I loved most about this film were the characters, and the performances that came with them. Jeremy Renner, who plays a hunter named Cory Lambert, gives the best performance of his career. He took the great material Sheridan wrote and elevated it beyond what I thought Renner was capable of. He is worthy of an Oscar nomination in this movie. There is one scene in particular where he really just pours his heart out that was really powerful. Also, he manages to have natural chemistry with everyone he has a scene with. This is especially so with Elizabeth Olsen, who plays F.B.I. Agent Jane Banner. Olsen, while not at the same level as Renner, gives a good performance. Her character, like Cory Lambert, feels real throughout the majority of the film. She doesn’t come across as a movie version of an F.B.I. Agent. She’s just someone trying to do her job the best she can. I found this endearing about the character, and it was a nice change from the typical “Hollywoodized” F.B.I. Agent that we typically see on-screen.

There is one scene in this movie that stood out as especially incredible to me. It is the tell-all moment of the film where we learn what actually happened. It was a moment that went from being touching and genuine, to one of absolute horror and disgust. The way that the film transitioned into this moment was simple, seamless, and extremely effective. This scene is honestly one of my favorite scenes in any film this year. 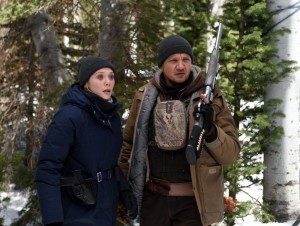 Nick Cave and Warren Ellis’ score was serviceable, but it honestly wasn’t anything special. Going back and listening to the score retroactively has accentuated an issue I had while watching the film: the audio mix is so poor it was hard to make out what characters were saying. The first time it happened it took me out of the film. I was trying to make out what was being said and having a very difficult time. It caused my audience a bit of confusion about the events of the film as well. Many people in my theater were asking each other “who is talking right now?” To be fair though, this is a really minor criticism. It is still something that stood out to me, however.

Something that many will not notice, but I really appreciated, was the on-location shooting. It really added a lot to this film. The real world setting makes the film feel that much more real. Ben Richardson’s cinematography was absolutely incredible and really challenged what he accomplished in his other awards feature, Beasts of the Southern Wild.

While this movie was exceptionally visceral and felt quite real most of the time, there were moments that just didn’t work. For example, there is a moment where a character burst out and started screaming the same thing over and over. I get that it was meant to show that the character was trying to gain control over the hostile situation, but it really came off as goofy. Further, the conclusion between the characters of Cory and Jane felt unsatisfying. I wanted more than what we got as an ending for these two characters.

Additionally, the writing, at times, failed to use certain characters beyond their roles as plot devices. Without spoiling anything, the most notable example of this is with Cory’s son. He is essentially just there so Cory will get involved with murder investigation. There is no real relationship building between the him and his father, which was an odd choice considering how much of this movie is about the loss of a child and the impact that can have on someone. In a movie that had a lot of depth, this would have been a nice extra layer. The last thing that really bothered me was the use of guns. Wind River is an exceedingly grounded film, however, the use of firearms felt like a typical Hollywood product rather than a real story. 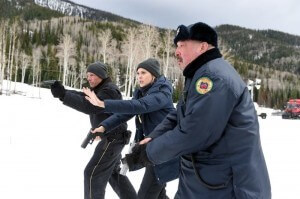 Overall, I was pleasantly surprised with how much I enjoyed Wind River. I’m glad I went into it completely blind. This film was raw, visceral, and authentic. It stumbles at times, but more often than not succeeds in what it sets out to do. It gave us the best performance of Jeremy Renner’s career that I honestly think we could see be brought up come Oscar season. The scope of some of the shots are also breathtaking to see on the big screen. I highly recommend checking it out if it’s playing near you. 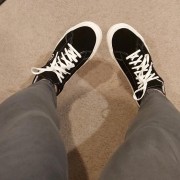 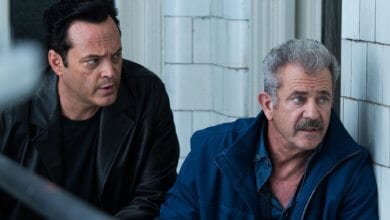 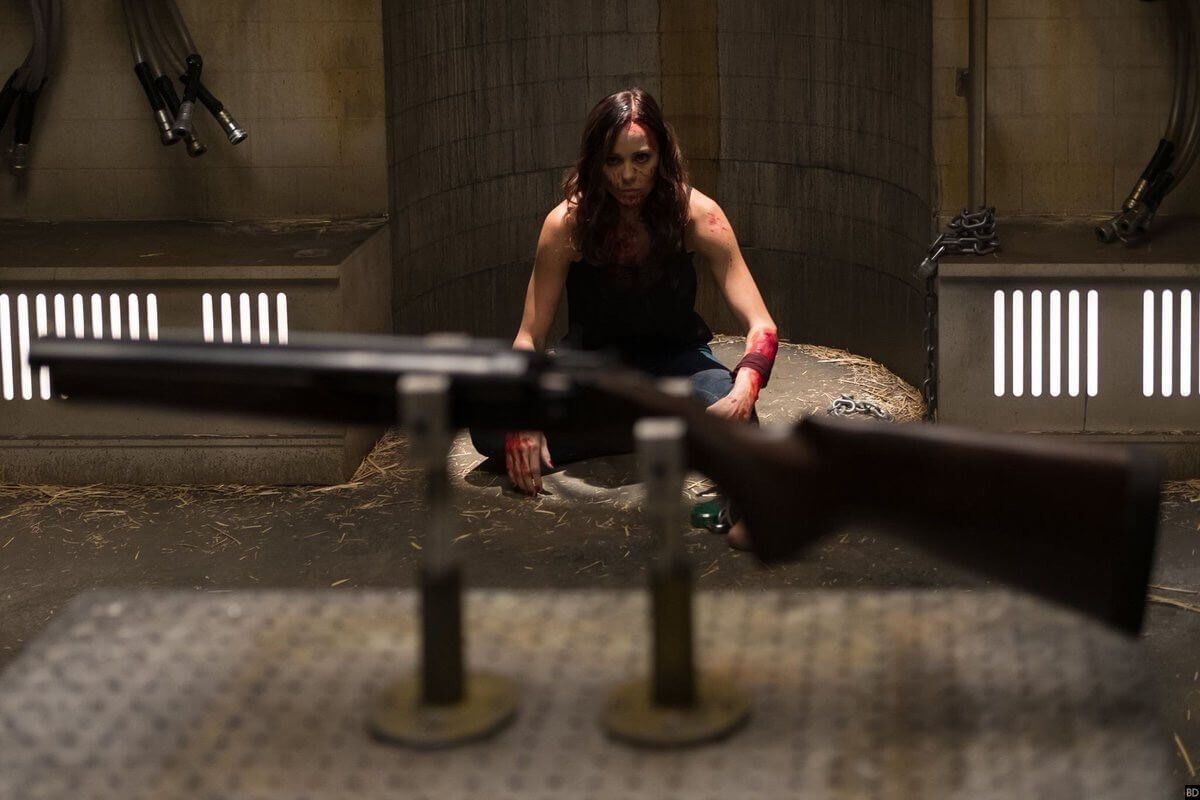 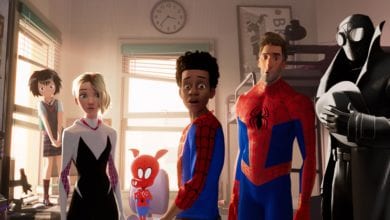 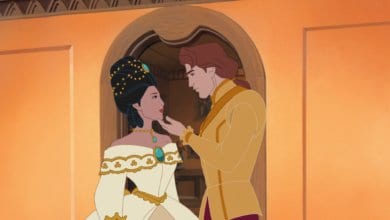