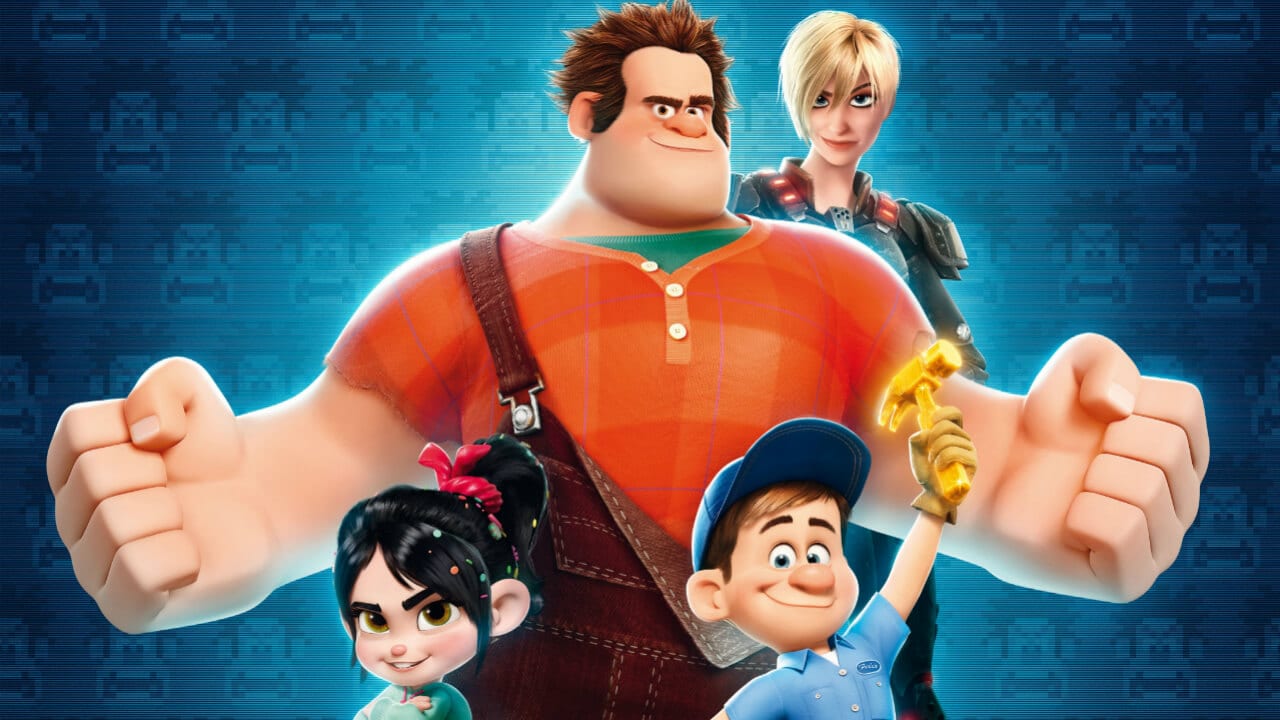 In 2012, Walt Disney Animation ventured into the uncharted territory they’d had their hearts set on for years: video games. The concept that would become Wreck-It Ralph had been floating around at the Mouse House since the 1980s. The time, the technology and the crew were never right until the recent restructuring of the studio under John Lasseter. Beauty and the Beast and Frozen had similar paths to the screen, both originally being planned by Disney himself. Wreck-It Ralph premiered 75 years after the studio’s first movie and the first-ever animated feature, Snow White and the Seven Dwarfs.

Wreck-It Ralph takes the audience into the world of arcade games, both real and created for the movie. Ralph is the villain in the fan-favorite Fix-It Felix Jr. game at Litwak’s arcade. On the 30th anniversary of the game, Ralph attends Bad-Anon, a support group for the neglected villains of the games. The villains recite a motto about loving who they are and accepting their roles, and shame Ralph for wanting more out of life. When he returns to his game, the Nicelanders (the inhabitants of the game) are having an anniversary party for Felix. Hurt, but not surprised he wasn’t invited, Ralph shows up anyway, and Felix lets him in. Things spiral out of control as Ralph wants to earn the respect of the Nicelanders and they make it clear that he never will as long as he’s a villain. Ralph decides to go ”Turbo,” game-hopping in the pursuit of a hero’s medal for winning a game. Ralph faces new challenges and meets new people, from the tragic, surly Sergeant Calhoun to the spunky Vanellope. Chaos ensues as cy-bugs from first-person shooter Hero’s Duty get into racing game Sugar Rush and flourish. Meanwhile, Ralph wants to help Vanellope overcome her “glitch” to become a real racer. Can Ralph save Sugar Rush, restore order, and get back to his game in time?

There’s a lot to love in Wreck-It Ralph. This is a film with a wildly original concept and a cast of characters that contains a lot of references to beloved games old and new. It’s also chock full of Disney references, such as King Candy being inspired by Ed Wynn and the various characters he played in Disney films, notably the Mad Hatter and Mary Poppins’ Uncle Albert. Alan Tudyk, Candy’s voice actor, even mimics Wynn, and it’s an uncanny impersonation. The film’s cast includes a lot of unconventional but excellent choices. John C. Reilly is pitch-perfect as the elephantine Ralph, bringing all of his frustration to life with sincerity and sympathy. Jane Lynch is likable and funny as Calhoun, and Jack McBrayer is spot-on as the friendly but oblivious Felix. Dennis Haysbert, Ed O’Neill, Maurice LaMarche and more voice the film’s minor roles. There’s one character/voice I have mixed feelings about, and that’s Sarah Silverman as Ralph’s minute best friend, Vanellope. Silverman does a high-pitched squawk of a voice for the glitchy girl, and while I can admire what she and the filmmakers are going for, the result really annoys me. Her personality is also hot-and-cold for me, as I genuinely feel sorry for her but she can also be mean to Ralph, and her attempts at gumption come off as rudeness. I don’t know if this is due to Silverman’s performance, the script, or both, but the character ultimately doesn’t work as well as her cast mates.

Wreck-It Ralph features top-notch animation; by this time Disney had caught up to Pixar’s character designs and DreamWorks’ technical prowess. I don’t consider visuals to be the most critical aspect of a film by a long shot, but the spectacle is definitely part of the experience, and film is a visual medium after all. This is a very distinct-looking film among the Disney canon. Wreck-It Ralph features a musical score provided by Henry Jackman, with songs by Skrillex, Rihanna and more in a variety of genres and styles. Ralph’s motivation and character development is also really interesting both in itself and among the Disney films. Unlike most Disney heroes – and like Mulan and Milo Thatch – Ralph is a true underdog. Not only is he considered the game’s villain, but the other characters think of him this way, despite knowing that he’s just serving his purpose within the game’s narrative. When he suggests that he could win a medal and become a hero, Gene, the Nicelander scoffs and insists that Ralph can never be more than what he is: a hated villain. Even the other villains at Bad-Anon, despite having their own problems with their given roles, can’t accept the notion of Ralph trying to change his destiny. Disney loves to toy with the concepts of personal identity and being yourself, but this film actually does something with these ideas as Ralph must literally face his role in his game and what it says about him. The film also does something a little less conventional with the ending that I think is fantastic, but I won’t spoil that here. 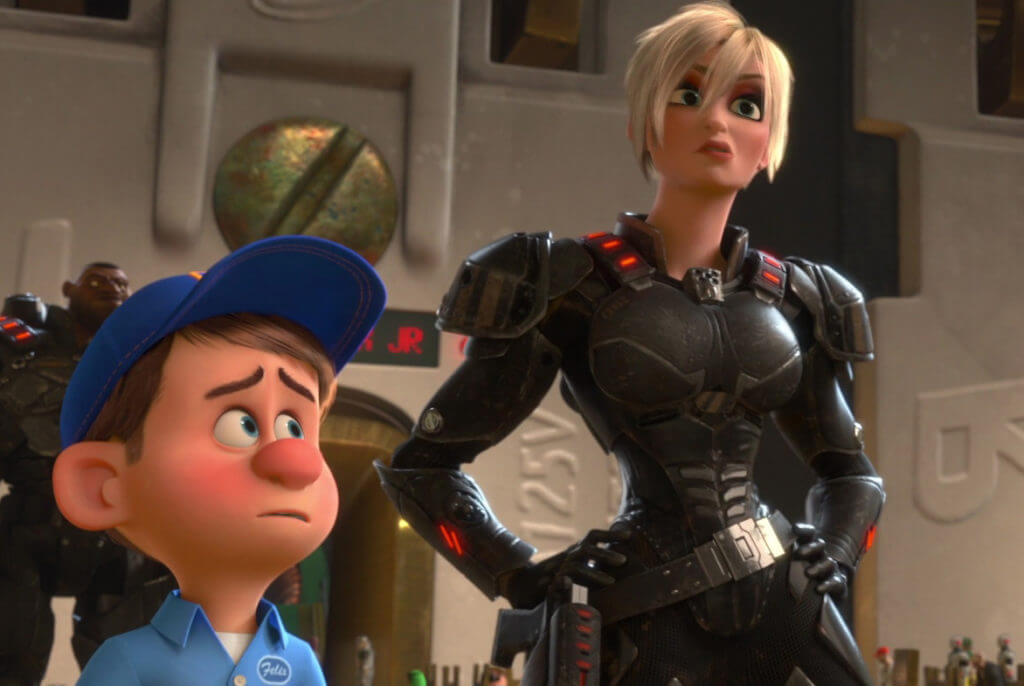 I don’t have many problems with Wreck-It Ralph’s story, but the ones I do have all revolve around Vanellope. I don’t think her friendship with Ralph is as believable and meaningful as it could be. Disney usually excels at building strong relationships between their protagonists, be they familial, platonic or romantic. But when Vanellope teases Ralph, it just feels too mean-spirited to me. It’s easy to believe Ralph cares for her, but it doesn’t feel reciprocal at times. Again, this may be in part due to my not finding her likable. I do like her backstory and the struggles she faces as a glitch, though. One scene I don’t care for is when King Candy tells Ralph why Vanellope can’t race and the friends get into a fight. This feels out of character for Ralph, and it’s annoying how Vanellope refuses to listen. It feels like it’s just over-dramatized so they can get to the point where she tells him he really is a bad guy. It’s not a huge deal, and the scene is short enough, but I hate when it feels like something was shoehorned in just so something else could happen. Conversely, I really like the relationship and interactions between Calhoun and Felix. Wreck-It Ralph is part of a recent trend in Disney movies not focusing on romance, but it was a good idea to have the side characters pair up (something that also happened in Treasure Planet). As an aside, I think Disney shouldn’t be afraid to portray traditional romances. They’re fantastic with friendships and families too, but they’re about the only studio that consistently depicts love in a way that doesn’t make me beg for the sweet release of death. Frozen was the last Disney movie to contain a romantic subplot, and it was both minor and somewhat insincere.

In short, Wreck-It Ralph is incredible. It’s original, it’s smart, it’s funny, and it’s sweet. It stumbles a little with regards to what should be the emotional core of the story, Ralph and Vanellope’s friendship; their big fight scene feels forced to me, and at times she’s too much of a brat for me to be invested in them. But Ralph’s personality, development, and story are excellent. This isn’t one of my favorite Disney movies, but it is a perfect example of why the current era of Disney animation is one of the best: they’re trying new concepts, genres, and animation styles and it’s glorious. For once they seem both unashamed of their history and willing to try new things, and as a fan, it’s a beautiful thing to watch as each new film is announced and released. I’d recommend Wreck-It Ralph to pretty much anyone because it’s got something for everyone.

Wreck-It Ralph is cute, funny, and serious when it needs to be. With excellent character development and a story that drives home the point, this is a highly-recommended family film.