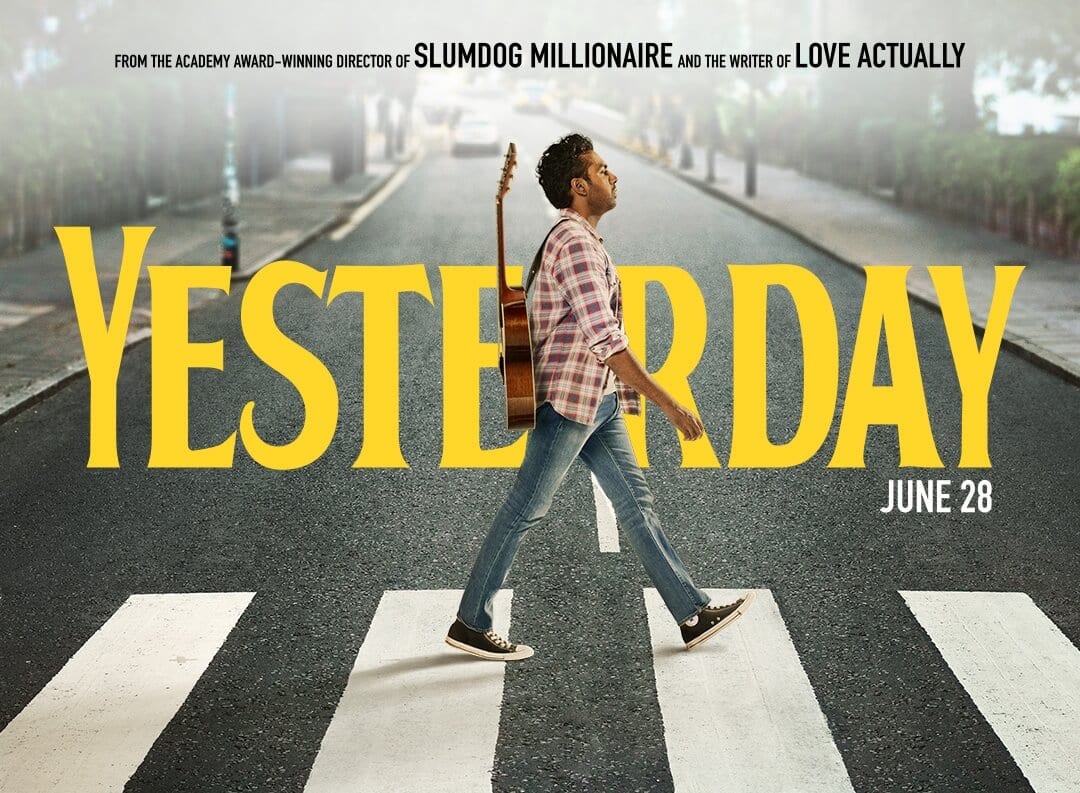 This week saw the release of Danny Boyle’s Beatles jukebox musical Yesterday. I found the trailers for this film to be absolutely charming. The Beatles are one of my favorite bands, and I’ve loved actress Lily James ever since 2015’s Cinderella, so this was a must-see for me. Let’s have a look and see how it measures up.

Yesterday follows unsuccessful singer-songwriter Jack Malik and his friends Ellie Appleton and Rocky. After one more dud of a festival appearance, Jack decides that only a miracle can kickstart his career and calls it quits. That night, a miracle does indeed occur, but not quite as Jack expected. Power flickers all over the world, and in the morning, seemingly nobody except Jack remembers the Beatles and their music. He uses this to his advantage, writing, performing, and taking credit for the entirety of the Fab Four’s classic catalog. Soon, Jack is the world’s most famous and beloved singer-songwriter, but he may be forced to choose between his career and true love.

Yesterday stars Himesh Patel as Jack and, of course, Lily James as his friend and love interest Ellie. James delivers the goods, as always, giving the best performance in the film by a country mile. She’s charming, sincere, and convincingly displays a wide array of emotions. It’s also immensely satisfying when she calls Jack on his crap. Patel does well enough with what he is given, though to be honest, Jack isn’t a very interesting character, and he does not learn anything throughout Yesterday. James Corden and Ed Sheeran appear as themselves, and Kate McKinnon has an un-funny turn as Jack’s rather blunt manager. Aside from James, sadly, nobody really makes much of an impression here. That being said, I’m inclined to blame this more on the non-existent direction and lackluster script as opposed to the cast, who try to make unfunny jokes work and attempt to emote through the confused tone. 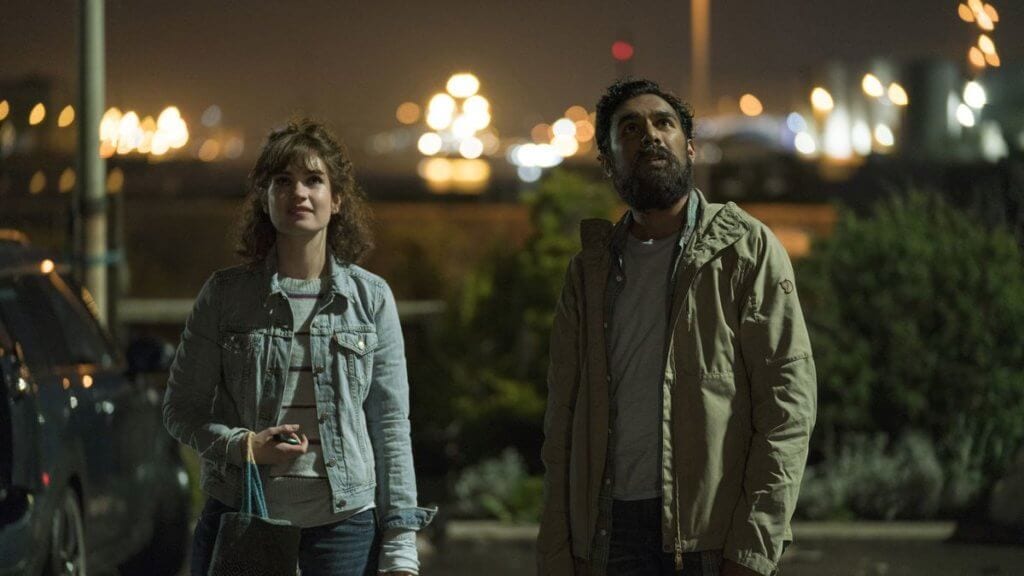 On a technical level, Yesterday leaves a lot to be desired. The cinematography is dull and uninspired, and at times the film seems completely out of focus. Sometimes it’s not even really evident what’s happening or what the movie is trying to communicate to the audience. At key moments such as location changes, text appears on the screen in flowery, Yellow Submarine-reminiscent font that wraps around the screen, sometimes backwards or upside down. I’m OK with this as a concept, but the execution is terrible; it comes and goes so fast you can barely read it. This actually happens with the opening title, which I was only able to understand because I already knew what it was supposed to say. I would like to give credit where it is due, so I will say I enjoyed Jack’s versions of the classic Beatles tunes. His death-metal version of “Help!” had me in stitches, and is the only time I recall laughing. I also loved him and Ellie singing “I Want to Hold Your Hand” together in the recording studio; this scene has the sweetness that their relationship lacks otherwise.

The dialogue in this film is a mess, and the tone is very confused. Don’t get me wrong; I’m not saying that this or any movie should be all serious or completely light-hearted. What I am saying is that Yesterday never firmly establishes what kind of mood it’s trying to set in any given scene. For example, after the blackout, Jack’s friends present him with gifts. Some of them give him joking gifts, making fun of a tragic event that happened to him. Personally, I did not find this funny. Then, not even a minute later, Ellie presents him with the genuine gift of a brand new guitar. I don’t know what to make of this scene; Jack’s friends are clearly mean-spirited trash, and this scene doesn’t work on a comedic level at all. The guitar is a nice gesture, but it would mean more if we knew more about Jack and Ellie’s friendship at this point, and about how she really feels. Again, I’ll give credit here to Lily James’ acting; I really believe that Ellie loves Jack thanks only to her endearing performance. However, we learn too little too late about them, and Jack’s eventual reciprocity comes off as far less sincere. 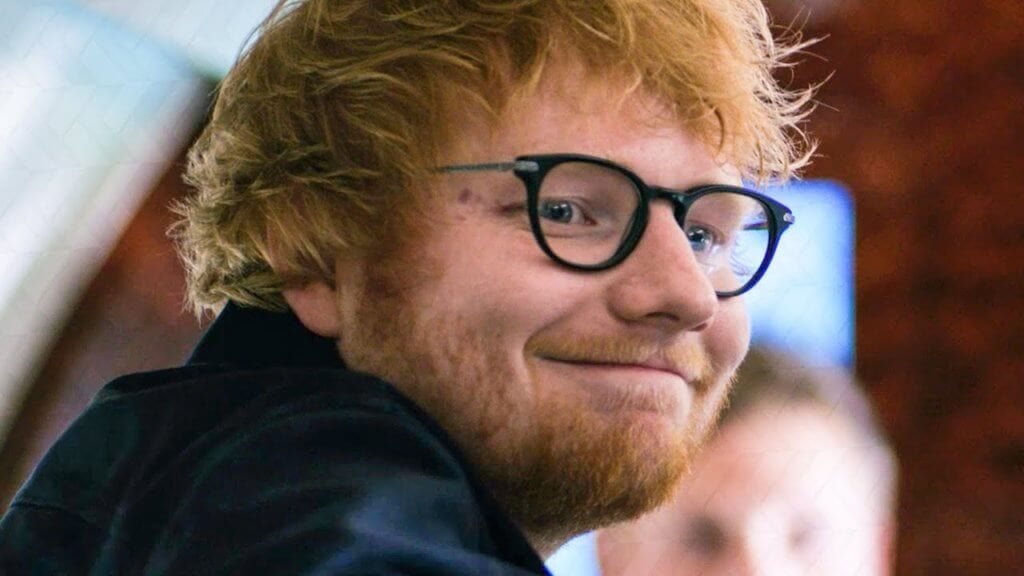 Yesterday’s premise is quite unique and one of the main things that drew me to see it, but the film doesn’t seem very interested in its own concept. In our world, music was revolutionized by the Beatles. They had a huge cultural impact, and countless musicians and bands since have been influenced by their work. If they don’t exist in the film, this should raise two pretty big questions that go entirely untouched. For one thing, how would music and our very culture itself be different? Would other bands not exist or be totally different without the Beatles’ influence? Secondly, if their music first came out now, as in the movie, would it really have the same impact that it did in the 60’s? I don’t think it would; a character in the film even talks about how you can’t write about a time or a place in such a personal way unless you were there. In my eyes, then, it only stands to reason that a modern audience may be affected in a slightly different way than they were when the Beatles came out. I don’t understand why one would approach such an interesting “What if” situation from such a bland, superficial perspective. You can’t just remove the Beatles and their history, then drop one modern man in their place and see the same results.

The sad thing is that Yesterday’s lack of imagination isn’t even its greatest crime. Aside from not being all that interesting or relatable, Jack is a jerk and kind of an idiot at times. From the very beginning, he’s wholly self-interested and doesn’t really learn anything by the end. He comes clean as a liar, but he does so in pursuit of Ellie rather than redemption or honesty. The Beatles never come back, and other famous entities have been dissolved as well. While this isn’t technically what I would call a flaw, I find it troublesome and unsatisfying. It’s just not very cathartic for the story and characters to end in this way. The film also fails to explore the difference between a failed musician like Jack and a sensation such as the Beatles. I assumed based on the film’s marketing that it would be a love letter to the band, much like Bohemian Rhapsody or Rocketman. However, Yesterday never questions what makes the Beatles the greatest rock band of all time or explores how they became such; rather, it simply operates under that assumption. Why not show the audience what’s so special about them, and why Jack can’t reach success independently? Moreover, why not show us how Jack feels about this, and what it’s been like for him trying to find success in his field? We also briefly meet Jack’s parents, who seemingly disapprove of his passion for music, and again, this is never further explored. It feels as though Yesterday simply has nothing to say about its characters or subject matter.

Overall, I found Yesterday to be a massive disappointment. While some lower-budget films will use good writing and an offbeat perspective to shine through their small production values, Yesterday simply lacks the heart. Yesterday’s technical aspects are messy and distracting, but its flat characters, pedestrian rom-com plot, and lazy dialogue are much more pressing issues for me. Why is Ed Sheeran in this movie? He doesn’t add anything. Kate McKinnon doesn’t get any chances to be funny, and instead, every moment with her is excruciating. Lily James is charming and looks adorable in Yesterday, but unless that’s enough for you to warrant a watch, I wouldn’t recommend this stinker.

Yesterday features one great performance from Lily James and some amusing celebrity cameos. The film does have a few surprises, but the badly done visuals and messy script left a bad taste in my mouth.