"The phantom what now?!" 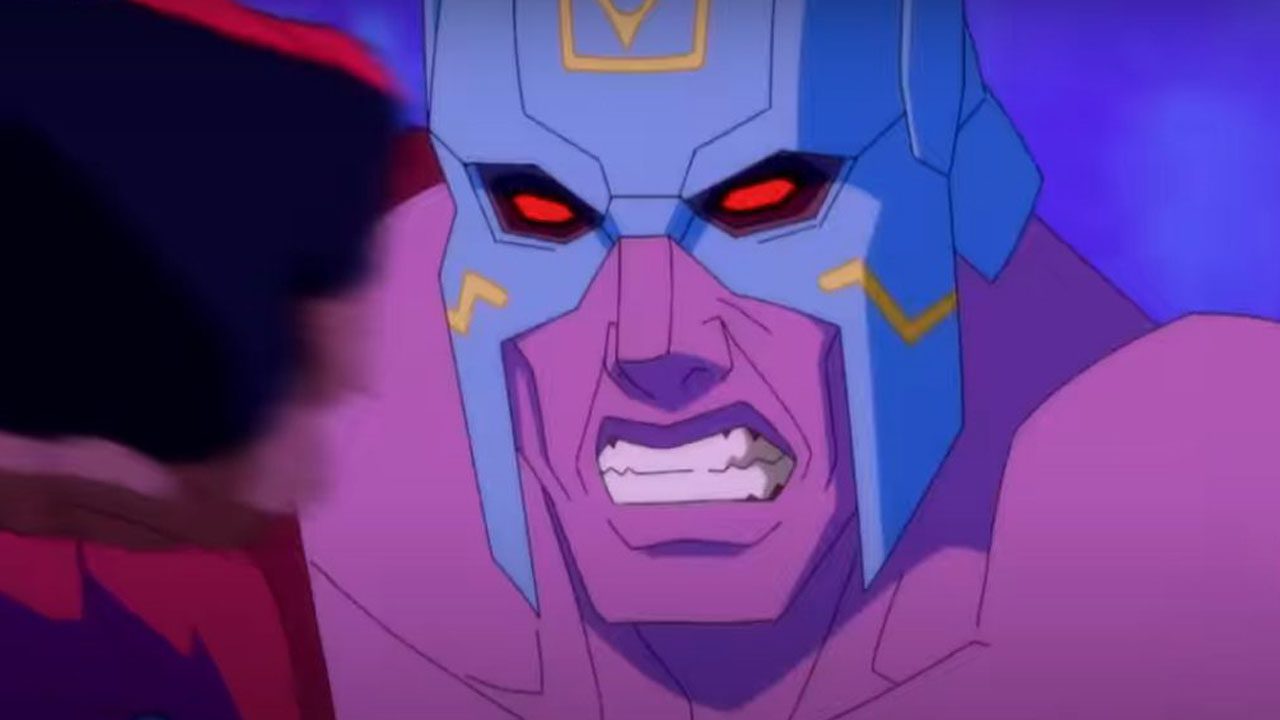 “Odyssey of Death” finds Madame Xanadu in the swamp, trying to make contact with a spirit for Zatanna, but it’s to no avail. Zatanna asks her father the same thing, and he says he’s still trying to get Nabu to cooperate. Meanwhile, in New Genesis, Metron and the others arrive too late to catch Lor-Zod and his followers. Lor finds that the Phantom Zone projector is dead and needs to be charged. They again evade the heroes. Meanwhile, the female Forager offers to accompany Forager classic back to Earth, solving his problem. Metron sends Rocket, Orion, and the others to two locations he suspects Lor will try to use to charge the Zone projector. They find him, and M’comm turns his psychic powers on Rocket, playing into her suspicion towards Orion. The heroes are distracted by Mantis and M’comm as Lor tries to free his father. Tomar-Re dies protecting New Genesis from a firestorm started by Lor as a diversion. His ring goes to the female Forager and chooses her as a Green Lantern. The portal to the Phantom Zone is closed, but Lor-Zod and M’comm escape on Bioship with the Legion of Superheroes. The Foragers part ways but agree to try a long-distance relationship. Zatanna, Nabu, Mera, and others gather in Salem to contact Conner’s spirit. When that fails, Zatanna concludes that he must be alive. 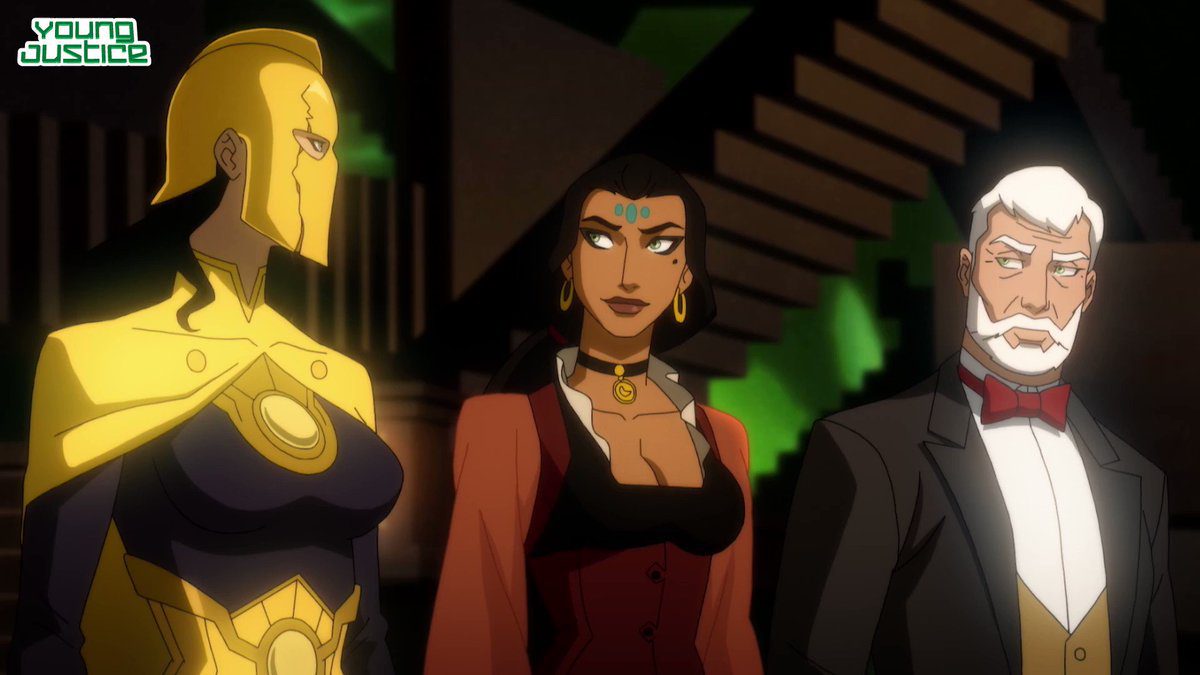 “Odyssey of Death!” has a lot of memorable moments that create excitement, drama, or pathos. Highlights of the episode include Orion’s assertion that he’s had to learn to overcome the challenges of his condition, Tomar-Re’s noble sacrifice, and Zatanna’s epiphany. Orion’s struggle has been an unexpected and pleasant focus of the arc, and Zatanna is a veritable MVP this season. However, all isn’t well with “Odyssey of Death!”

Young Justice is one of my favorite currently-running TV series, and for the most part, I’ve enjoyed Phantoms. It brings me no pleasure to criticize or complain about this show, but I have a few bones to pick with this final episode in Rocket’s story arc. For one thing, the pacing is all off. “Odyssey of Death!” rushes through every reveal, fight, and plot development. Tomar-Re’s death is a powerful moment I didn’t see coming, but why is it glossed over so quickly? Why is the reaction from his friends only shown in a couple of brief still images? I would have liked to see and hear their grief in motion, especially from Kilowog. I also feel we could and should have gotten to know Tomar-Re better before this happened. We know he was a Green Lantern and about his relationship to Krypton and its destruction. This is enough for “Odyssey of Death!” to make sense, but the emotional impact would be greater if this character got more focus and development. It’s also a little convenient how Bart and the Legion arrive on New Genesis just in time for Lor-Zod and M’comm to take them as hostages and use them as a getaway ride.

I was absolutely right that Orion and Rocket were paired as a means to develop her character to better empathize with and understand her autistic son. However, while I think that’s a fantastic idea in theory, the execution has left a lot to be desired. “Beyond the Grip of the Gods!” perfectly set this conflict up, while “Encounter Upon the Razor’s Edge!” told a more self-contained story with a character brand new to Young Justice. These were both excellent episodes for very different reasons, but the cracks started to show in last week’s “Forbidden Secrets of Civilizations Past!” This episode failed to make any progress on Rocket’s character arc, which is a big problem since it’s the third episode out of four featuring her, and the previous two episodes didn’t make much headway. This dilemma comes to a head in “Odyssey of Death!” M’comm uses his psychic powers to show Rocket the scenario in the bog yet again. Only this time, she is encouraged to keep Orion trapped because he’s a monster and will never overcome being Darkseid’s son. For some reason, these machinations force Rocket to realize that Orion is a huge success story. He lives with a debilitating condition but does his best to keep calm and help those around him. This is all true, and I like Orion a lot as he is shown in Young Justice. But this isn’t how mind control has been shown to work in the show before, and it makes no sense here. M’comm is bombarding Rocket’s mind with the misguided things she already believes. Between her prejudices and his mental attacks, it comes out of nowhere for her to be like, “Oh, wow, Orion was one of the good guys all along,” and make up with him. I feel this was a way to force the character development that could have been organically built over the previous three episodes. But it comes off as manufactured and difficult to accept, and they kind of broke their own canon to do it. There’s a lot going on in this arc, and I’ve liked a lot of it but learning to accept and understand Orion (and, by extension, her son, Amistad) was the larger focus. She is the star of this arc, and her relationship with Orion is integral to the story. Why do I feel like we were cheated of what should have been an amazing story? Razer, meanwhile, only appeared in one episode, and his development and choices felt natural and well-thought-out.

In the aftermath of Tomar-Re’s sacrifice, his ring seeks out the female Forager. Unfortunately, this is another aspect of the episode that feels rushed and out of left field. I love that our Forager calls her “probationary Green Lantern Forager,” though; this makes them even easier to distinguish. Petition to make this her canonical name. This leads to another problem, though. So far, the story of the two Foragers has been purely romantic. That’s all fine and well, but we haven’t learned enough about this Forager to know why she would make a good Green Lantern. Is she brave? Smart? Really good at thinking of things to make with the ring’s projection? Tomar-Re left big shoes to fill, and if this is going to be female Forager’s big moment, some buildup or context would have been nice. In light of all these events and characters, the events in the Phantom Zone feel like an afterthought, let alone Zatanna and her cronies. What a waste. There’s a Batman tease at the very end; hopefully, the next arc finds better balance.

"Odyssey of Death!" is rushed and doesn't know where its priorities should be. Important character development, deaths, and plot points are rushed over to cram in as much as possible.