“I’ve failed Conner, just like I failed you, Brion.” 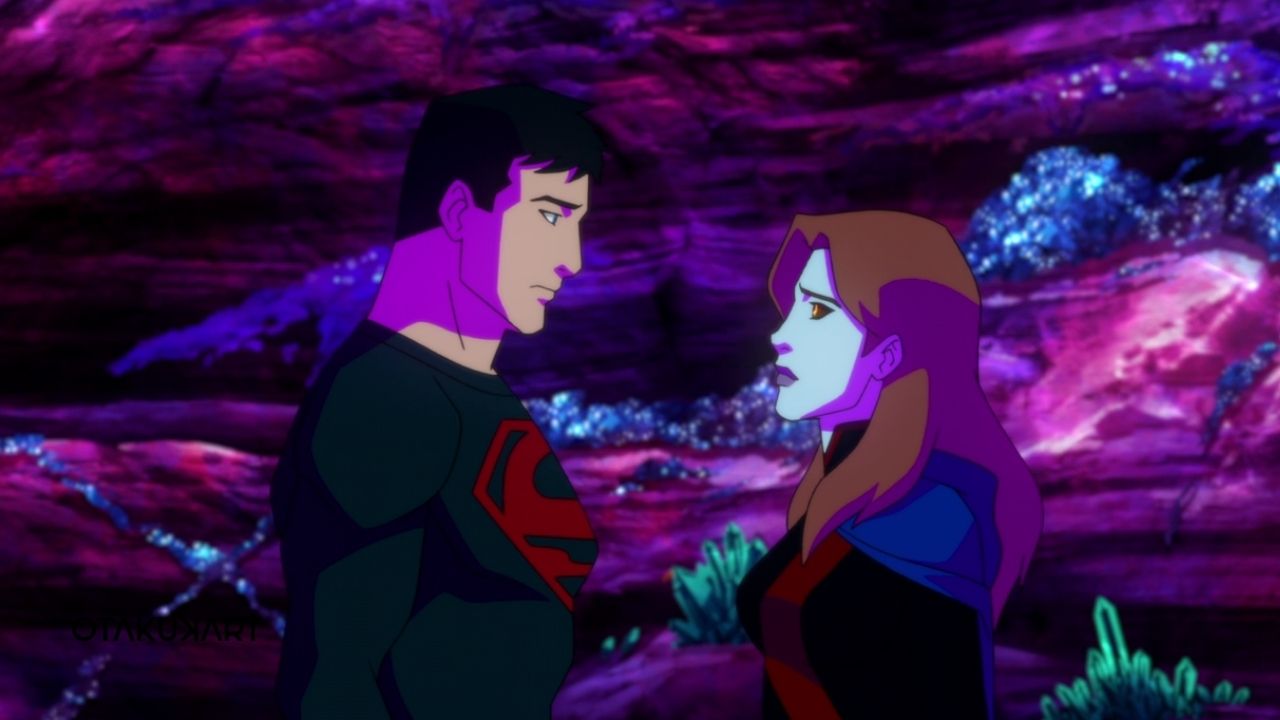 “Volatile” opens on a flashback to Gar’s time leading the Outsiders on Earth. When he comes to, he reiterates the need to re-establish contact with Earth. M’gann and Conner encourage him to help them with the investigation as his irritability and headaches intensify. Bioship tells M’gann that she wants to retire and send her offspring Baby back to Earth with her. Em’ree glares as M’gann tells Priestess Smitt the story of her bonding with Bioship. M’gann realizes that the Priestess is Prince J’emm’s former betrothed, and S’yraa reveals that it didn’t work out because she’s a green Martian. Gar tries to save Conner from a hallucination of Brion, charging to the surface, which M’att says Conner can’t survive. Em’ree and M’gann fight, breaking the wedding canopy they’ve just constructed. They confront the real cause of their antipathy, Em’ree’s rejection of everything connected to her A’ashenn siblings. Saturn Girl heals Gar’s mind from psychic blasts he suffered in the guise of M’gann. M’att and the other Martian men save Conner just as he runs out of oxygen. J’ann accepts the Martian-Earth hybrid as M’gann’s true form. M’gann tells Gar that she wasn’t the one who healed him, but amazingly, they didn’t harm him at all. Chameleon Boy scolds Saturn Girl for interfering.

“Volatile” is a fitting title for an episode full of tension and interpersonal conflict. Garfield’s head problems remind me of what Wrecker went through in The Bad Batch. However, while that show dragged the plot out over much of the season despite the obvious cause, I’m surprised how quickly Young Justice wrapped it up. I really like how when Saturn Girl (appearing as M’gann) healed Gar, she told him that fixing his injuries from the brain blasts wouldn’t help him with his trauma and emotional issues. It would be dumb and unrealistic (relatively speaking) for this type of aid to restore him to the happy kid he used to be. It also makes sense that Garfield blames himself (even if wrongly) for what happened with Brion in season 3. He fears something similar will happen with Conner, or even that Brion will seek vengeance on him. The way he tries to maintain control, even when it’s not possible or the issue isn’t his responsibility, is telling. It’s heartbreaking how he likens what happened to Brion to losing his mother, a sentiment echoed by not-M’gann. Young Justice smartly balances humor and fun with real-world issues, even if explored in a fantastical way. 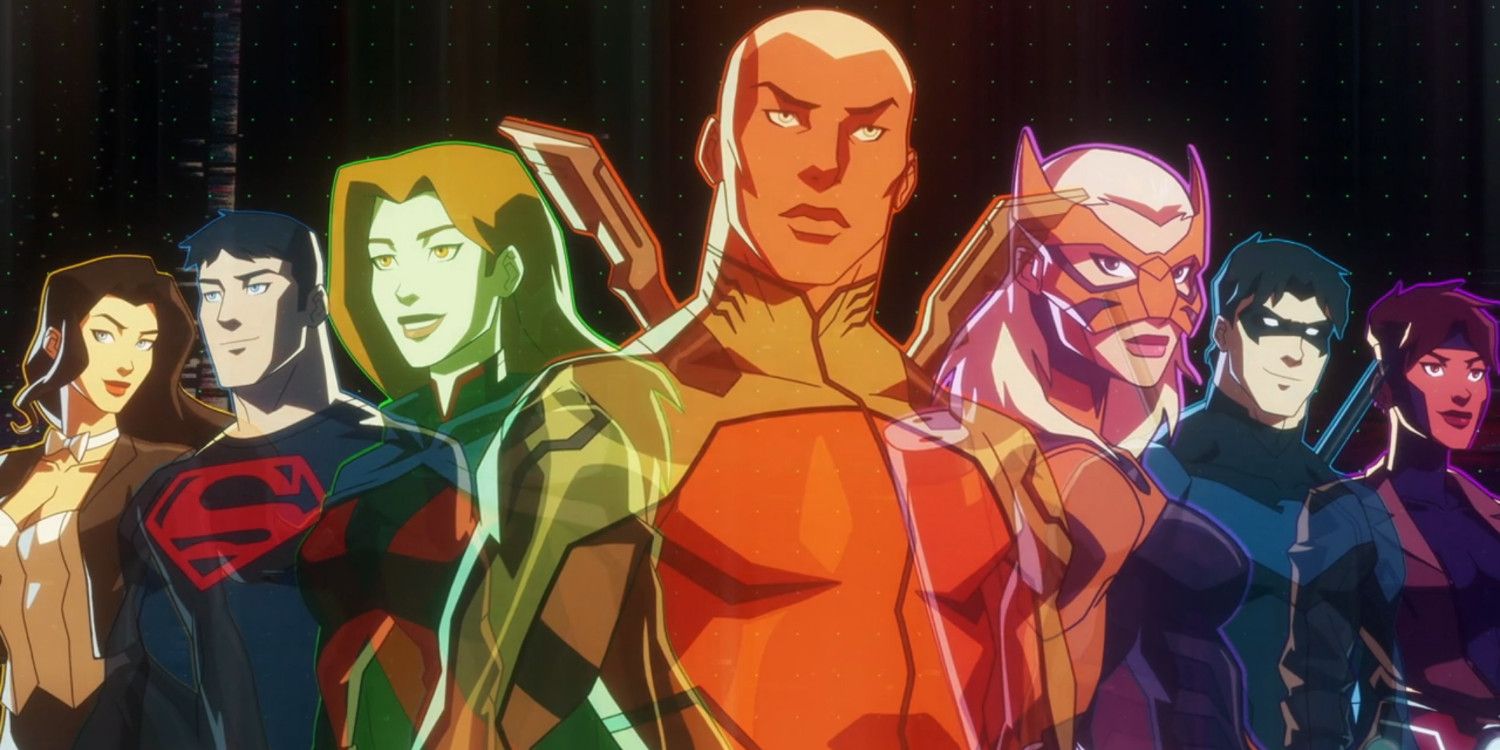 However, I have to admit that this season’s exploration of Martian racism seems a little on the nose for my taste. When M’att and Conner discuss Martian Manhunter’s tolerance, the latter even says something about how humans aren’t known for it. I agree with the sentiment and intention here, and honestly, I’m not sure how it could have been done better. It just feels like it’s toeing the line between thoughtful allegory and preachiness. I’m willing to wait and see how this plays out because I’ve never had a major issue with this kind of thing in Young Justice in the past. The dialogue on this subject has just been a little clunky and contrived. Initially, I had wondered if Prince J’emm was somehow involved in the Martian crises and just using his father’s murder as a convenient distraction. While this isn’t entirely out of the question, I really doubt it now. He seemed genuinely concerned for Conner’s well-being. The emphasis with him in “Volatile” is on his failed romance with S’yraa anyway. I actually found this to be a more interesting insight into racism, how it affects individuals and ultimately hinders society. Because of cultural norms and expectations, S’yraa went into the priesthood, and J’emm doesn’t have a mate, which he will surely need when he eventually ascends the throne. 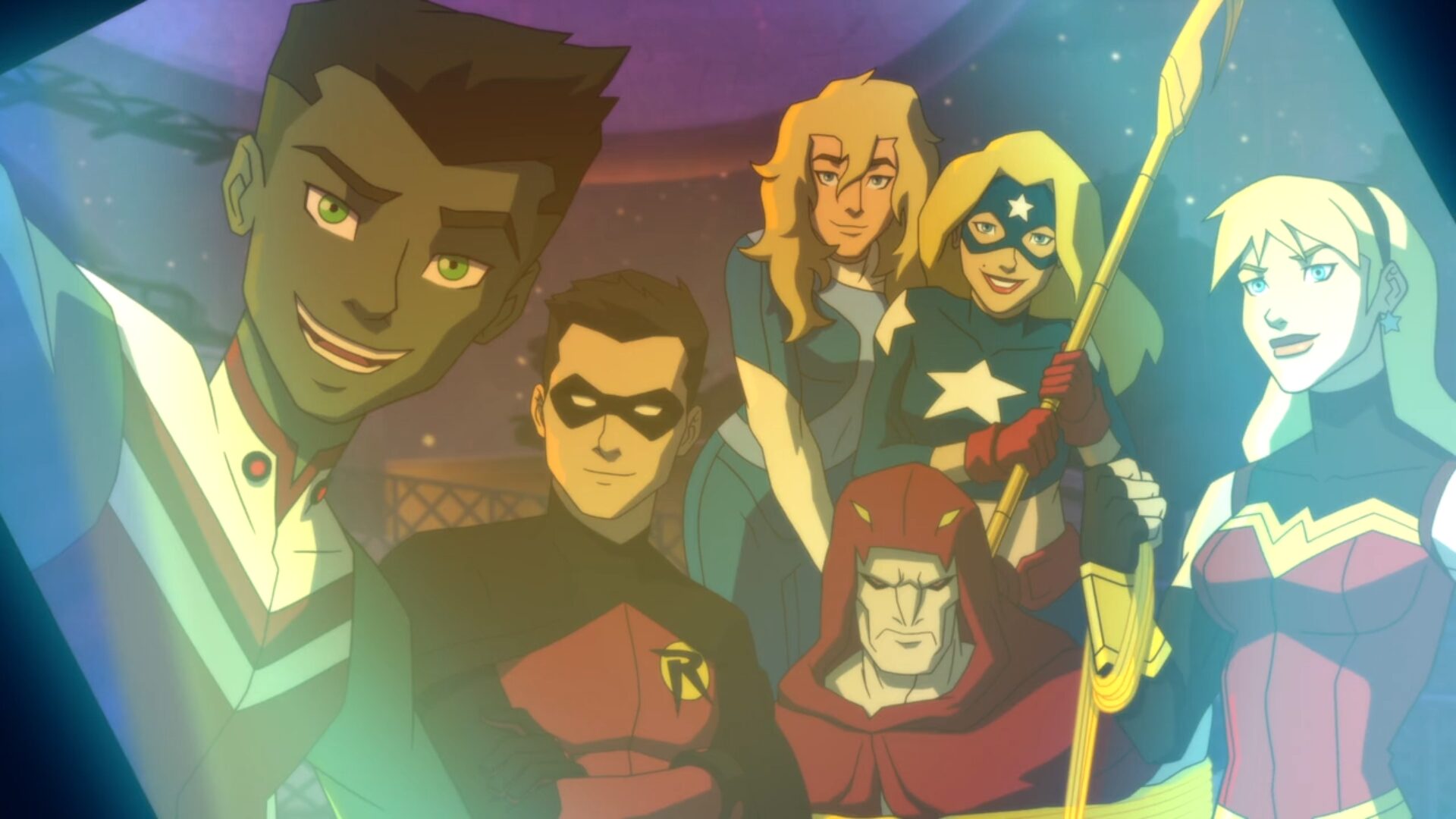 The animation is stunning in “Volatile.” The characters look great, both in design and movement. The Martian landscape is a particular highlight of this season so far, providing quite a different locale from what Young Justice has offered previously. The episode’s musical score is understated but effective. The show is scored by Lolita Ritmanis, Michael McCuistion, and Kristopher Carter. As such, it’s difficult to say what work to credit to whom, but it’s all pretty good. One aspect of Young Justice that I neglected to mention in the premiere is the voice acting, which is almost always excellent. Nolan North’s Superboy and Danica McKellar’s Miss Martian have tremendous chemistry, which is especially important this season given the circumstances of their characters. Greg Cipes is fantastic as Beast Boy, a character he also played on Teen Titans. Hynden Walch will always sound like Starfire to me, regardless of the role she plays. But she is good as M’gann’s sister Em’ree, and she was given plenty to work with in “Volatile.”

My favorite aspect of “Volatile” is how it delves into M’gann’s family and all of their drama. Much like her relationship with Conner, this is the kind of thing that can (and usually does) get cheesy, but the Young Justice crew strikes the right balance. I like the parallel of what M’comm said to M’gann and her own grievances with Em’ree. This is pretty realistic to sibling relationships, particularly in the less-than-ideal situation in which they grew up. While Em’ree begrudges M’gann for leaving Mars, she basically abandoned and distanced herself from her family. I’m surprised she even wants to help with M’gann’s wedding because she behaves like she wants nothing to do with her, her parents, or anyone else in the family. The moment M’gann questions her sister’s name change rather than explaining herself, she immediately goes into “I’m not racist” defensive mode. I don’t think Em’ree is a terrible person, and she even says she was just a kid when M’gann and M’comm were suffering. But she doesn’t do much to help her case. It’s unsurprising that M’gann came to the initial conclusion that her sister was ashamed of her and their other A’ashenn family members. 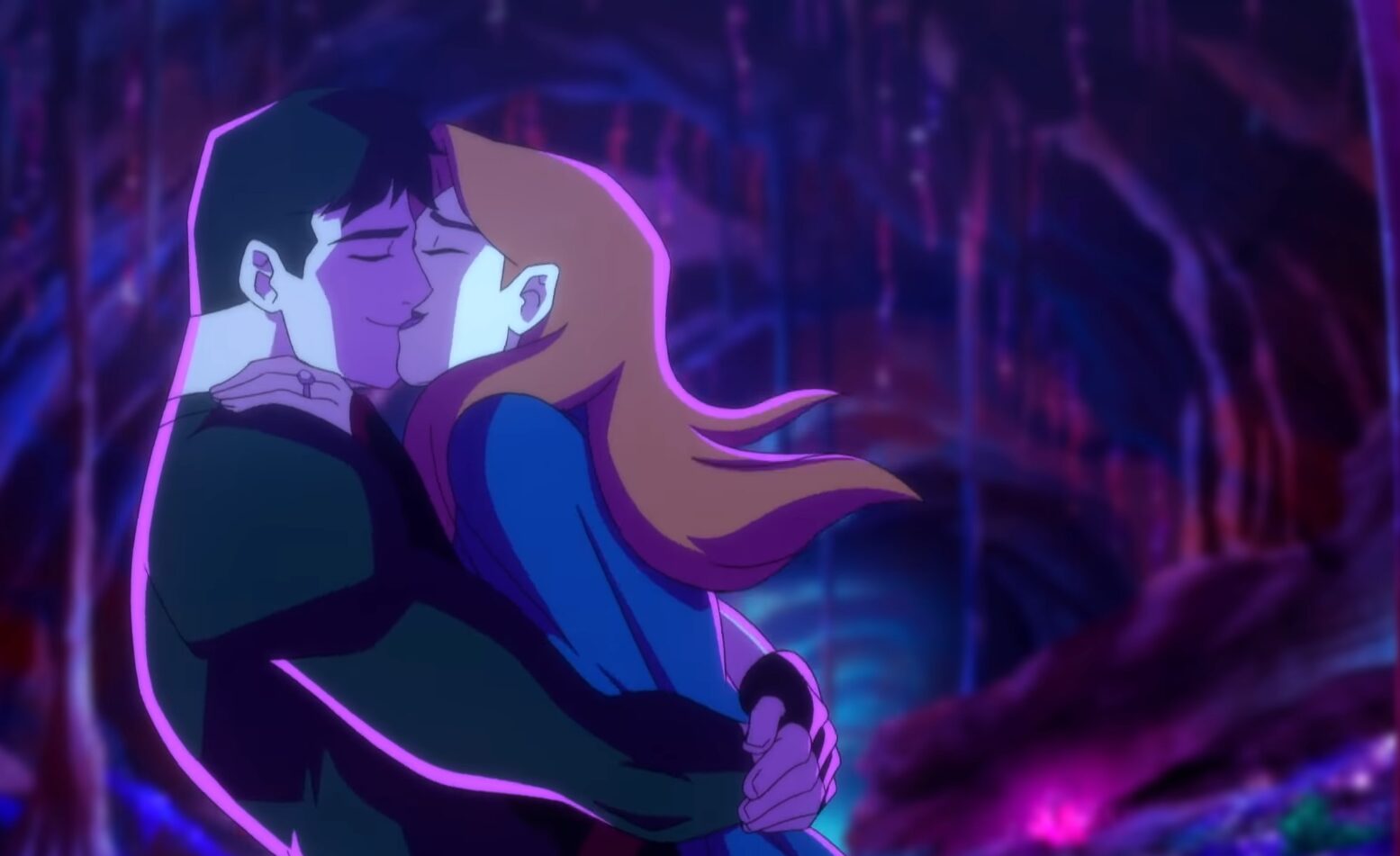 “Volatile” also reveals the shadowy figures from “Inhospitable” and “Needful” to be agents of good, trying to protect the heroes rather than harm them. I don’t know anything about these characters, but I look forward to seeing where this storyline leads. “Volatile” is a good episode. Overall I like it the best of this season so far, but I hope they don’t go overboard with the social messaging.

"Volatile" is a good episode. Overall I like it the best of this season so far, but I hope they don't go overboard with the social messaging.